“The Clovehitch Killer” is a smart, incredibly suspenseful and introspective look at repression, family and the moral soul of middle America. 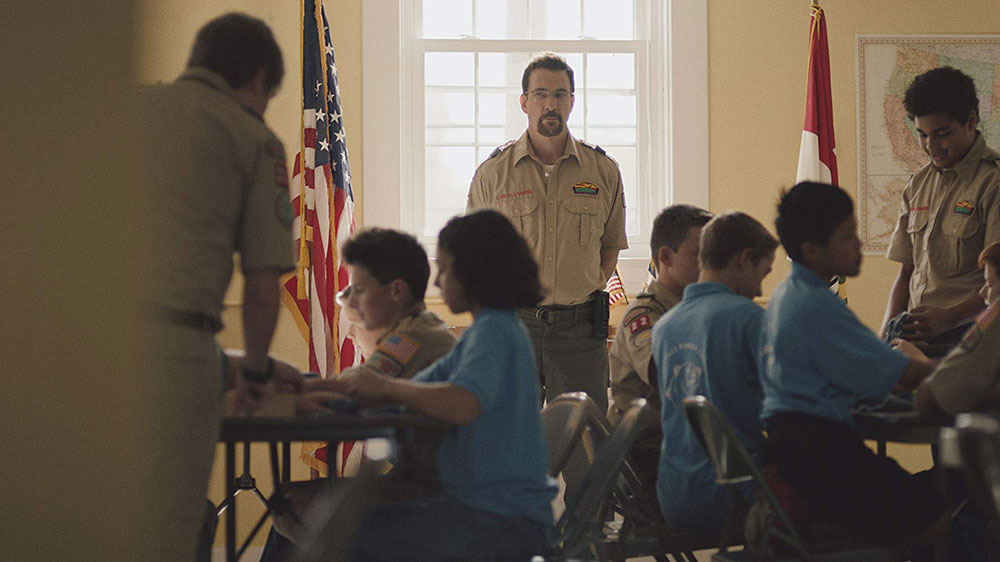 How does a teen from a small religious town protect his family when he suspects his seemingly wholesome father might be an infamous serial killer? Could a cold-blooded sadist be living a secret life right in his own house?

As a past Girl Scout leader (yes, absolute truth, Scout’s honor), I enjoyed this film right from the start. Seeing Dylan McDermott as wholesome, dorky scout leader Don Burnside warmed my black heart for a moment, before I realized that he may turn out to be something quite a bit more sinister. I mean, I taught girls how to tie the clove hitch knot, too! A scout leader might be incredibly good at the very knot used in a string of serial murders 10 years ago.

The Clovehitch Killer is a wonderfully suspense-filled film.

Based loosely on the real-life serial killer Dennis Rader, known as the BTK (Bind, Torture, Kill) Killer, tension — not gore — is the name of the game. As one of the most emotional thrillers I have seen this year, I was amazed at how involved I got. It is not a jump scare kind of film. It takes you to a weird and uncomfortable place — back to that time in life as a kid when you discover things about your parents you’d rather not know. Yucky, gross, even perverse things. Ewww. 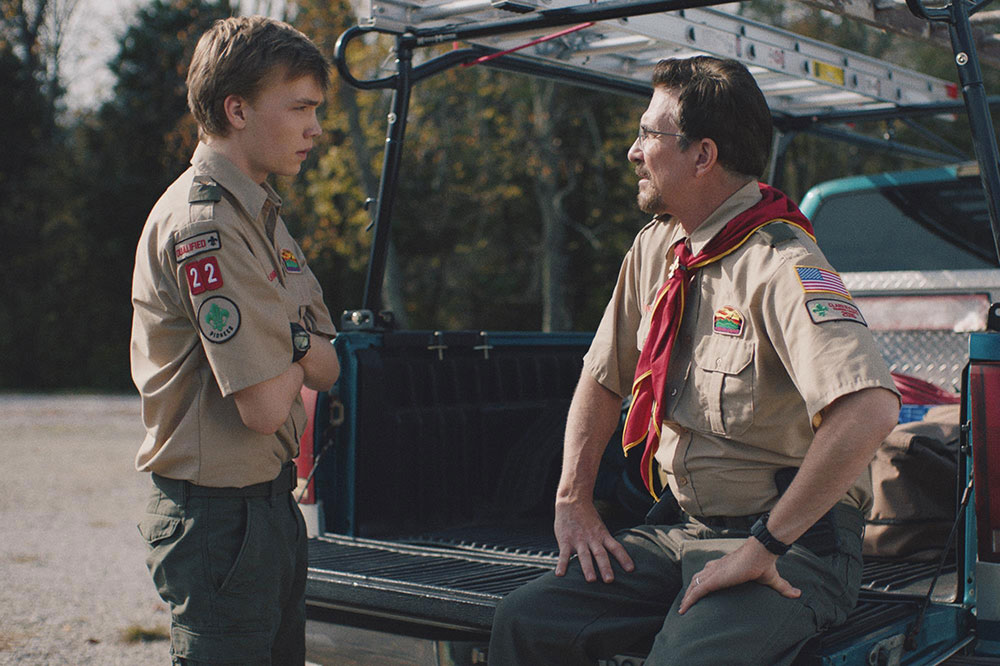 Wondering if your parent could be a serial killer is not a new horror idea. Dark comedies like Serial Mom and Parents gave us some pretty messed up children because of their murderous families. And recently I reviewed this year’s Summer of ’84 which had a young man convinced his popular neighbor was a serial killer.

Director Duncan Skiles and writer Christopher Ford do check a few things off the “What to put in a thriller script” list. Teen angst, weirdo outsider obsessed by a serial killer, super religious family/town and the discovery of a box of creepy killer keepsakes and photos in the locked backyard shed. Check.

But even with that said, The Clovehitch Killer is done so well that we watch as the truth is slowly dug out of the heart of an All-American family, living in an All-American town. It’s a place seemingly stopped in time, where unimaginably the person right next to you at the grocery store or living in your neighborhood could be a cold-blooded killer. How could anyone live with that? How could you protect your family? 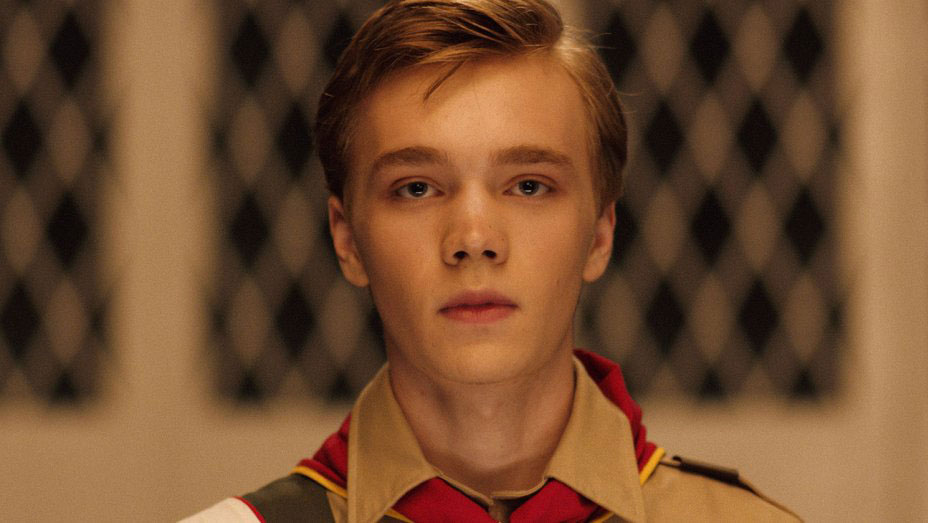 For any of the less than original things mentioned earlier, what made this film work for me was the whole package.

Even though it was set in the present, it had a great ‘70s vibe. Partly because of the way it was shot by DP Luke McCoubrey, and mostly because the story shows us a family trying hard not to be affected by technology and the secular culture going on around them. Church, school, family and scouts — that is their whole life.

Well, except the son Tyler (Charlie Plummer), who is a normal 16-year-old. He sneaks out one night, borrows his dad’s truck and takes a girl out to park! Pretty risky business! Things were going well until the young lady finds an upsetting girl-in-bondage photo under the seat of the car, calls him a perve and asks to be taken home.

This one moment changes Tyler’s life, and his quest to figure out who his father really is leads him down a road that, once walked, must be finished to the end. 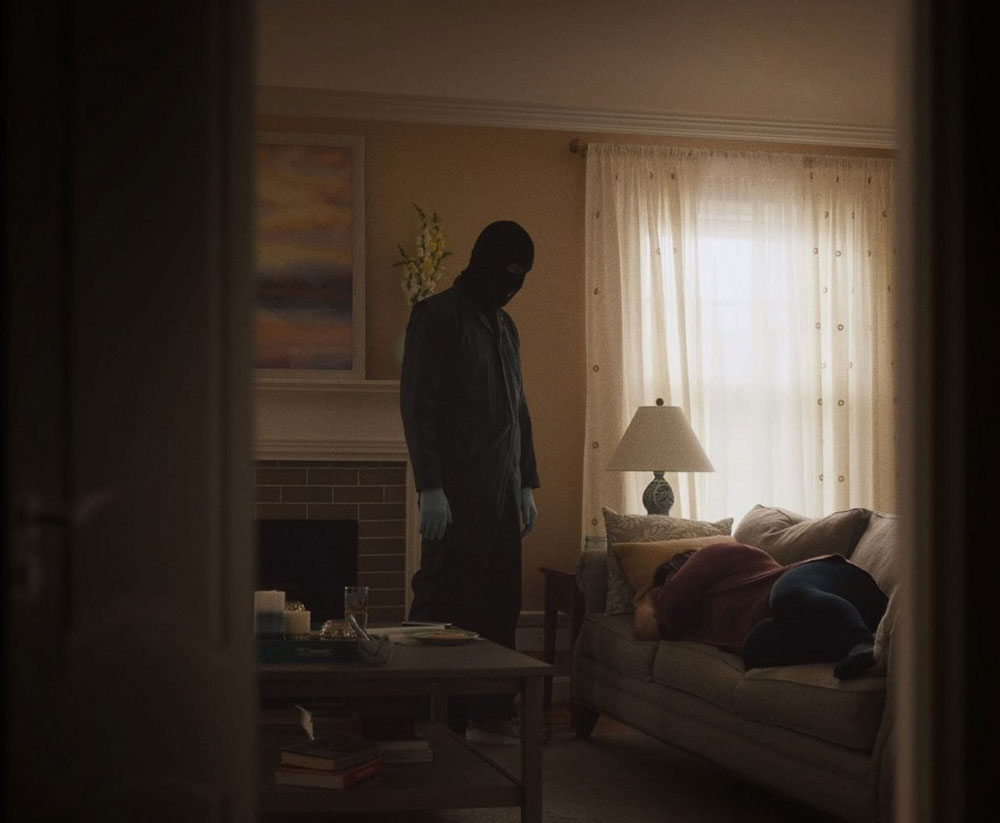 The acting was a highlight of the film — it was right on. The casting was amazing. Dylan McDermott was believably goofy and yet sinister. There is a monster just barely peeking out from underneath the mask of normalcy that he wears for the world. When he is aware that his son is snooping around, his behavior changes in tiny ways, and we see what is simmering just below the surface. Samantha Mathis as his wife Cindy, plays the clueless mom perfectly.

But Charlie Plummer as Tyler, and Madisen Beaty as the weird outsider Kassie that he confides in, were what made the film. They played off each other perfectly. I was so tense, hanging on the edge of my chair, wanting Tyler to find out the truth but worrying what would happen to him emotionally if he does. He loves his dad and his family, so what will he possibly do? What can he do?  He is such a nice kid.

Bravo for the stellar acting from Charlie Plummer! I think we will see a lot from him in the future! 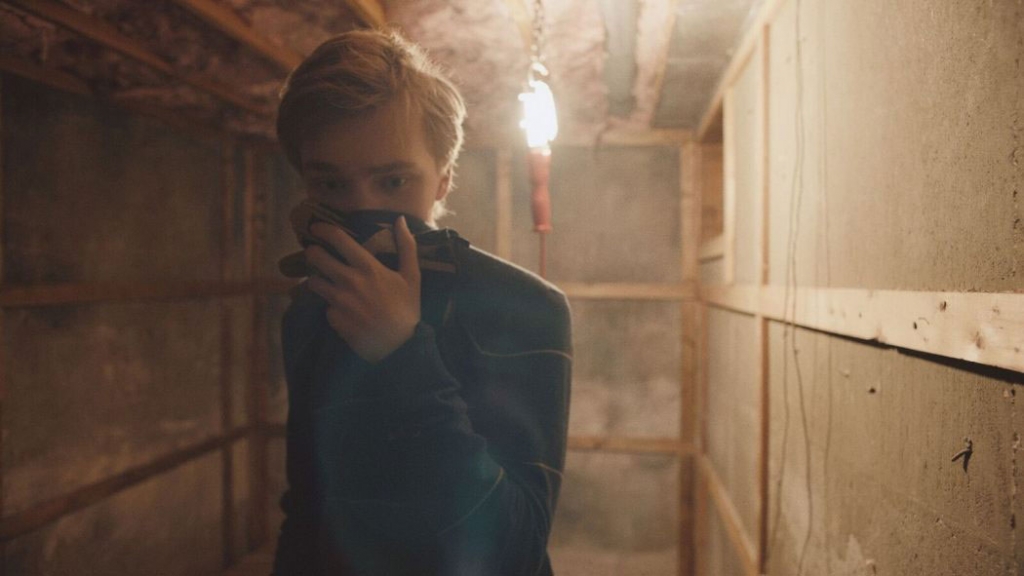 Where Tyler takes it surprised me. I loved the creative and unique twist in the final scene. I also loved the “go back and show why it happened” technique, too. For once, I was happy with an ending! This is not always the case in horror films where we are left hanging to figure it out the resolution for ourselves.

‘The Clovehitch Killer’ is a movie with a heart, a social commentary about what’s normal, or just plain right and wrong. This is not a super gory film, but one that builds upon itself until you want to scream at the screen in anticipation of what’s coming next. It then leaves you troubled and pondering, what would you do, if given the same dilemma as Tyler?

The Clovehitch Killer will be in Theaters, VOD and Digital HD from IFC Midnight on November 16th