Based on a terrifying true story and unsolved crime, Lake Bodom is an extremely effective slasher with satisfying twists you will NOT see coming. 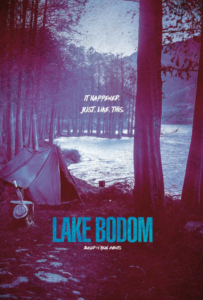 In the horror genre, seeing the words: “Based on true events” is not only very common, but it’s usually mostly false. The true story behind Lake Bodom is frighteningly real, mysterious, and makes for one hell of a movie.

First, a little campfire story to set the mood.

Lake Bodom takes inspiration from a very real story of four kids who went camping near the lake and were brutally murdered in the night. Located bear Espoo in Finland, the bodies of two 15-year-old girls and one 18-year-old boy were found stabbed and beaten to death. 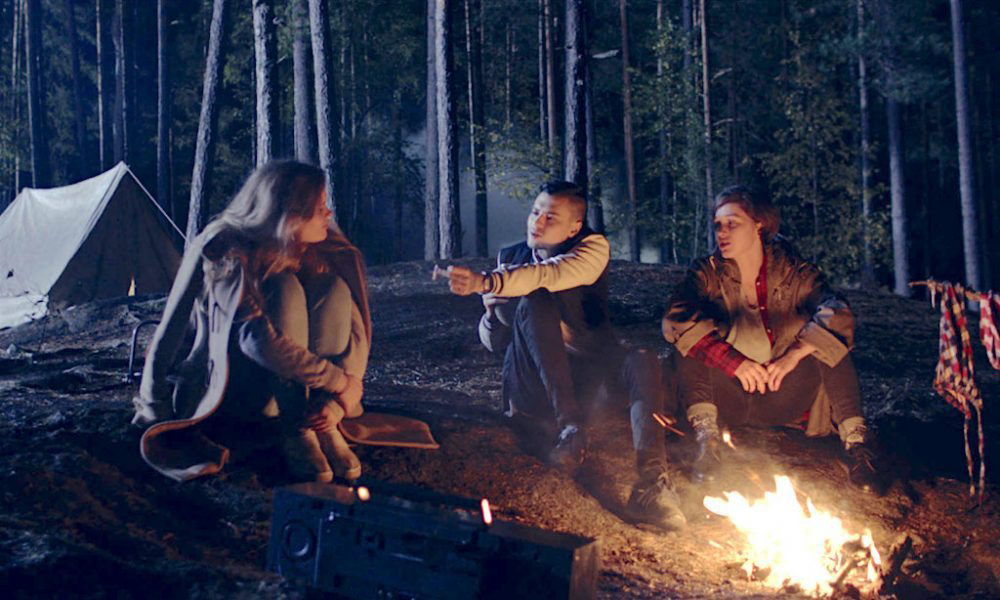 One boy, Nils Wilhelm Gustafsson, was found unconscious with a few knife wounds and a broken jaw; he could not remember what happened to his friends. Initially, Gustafsson was not considered a suspect in the murders and no other person was convicted of the crime. Over forty years later, in a re-examination of evidence, Gustafsson was named the killer. Gustafsson has since been acquitted of all charges.

Directed by Taneli Mustonen, Lake Bodom follows four teens who take a camping trip to the lake to recreate the scene of the real-life murders that occurred there in the summer of 1960.

The film starts off rather quickly with Atte (Santeri Helinheimo Mäntylä) and Elias (Mikael Gabriel) asking Nora (Mimosa Willamo) and Ida (Nelly Hirst-Gee) to accompany them to a cabin party in the woods. The girls find out when they arrive at the lake that Atte wishes to recreate the scene of the Lake Bodom murders.

Atte’s lie adds tension, especially when the sun goes down. The audience is unsure of Atte and Elias, but the girls seem unbothered that Atte could possibly be so obsessed with the murders that he may take his re-creation too far.

The kills are dramatic and reminiscent of the types of kills you would see in an eighties slasher.

Keeping with the tropes of the slasher genre, the kids represent character types we are all familiar with. Atte is the brain, Elias the jock/bad boy type, Nora plays the sexually active female, and finally, Ida the virginal final girl. The fact that the kids are recreating very real murders give the film a feel similar to other self-reflective slasher movies.

The film has a great pace, never leaving the audience bored or waiting for something to happen. The twists are surprising, but not so out of left field that it seems unrealistic. However, the most effective tool Lake Bodom has in its arsenal is the art of mystery. The person responsible for the murders in 1960 was not discovered, so there is an underlying fear among the Ida and her friends that the killer could still be in the area.

Mustonen proves a master of misdirection by revealing what the audience thinks is the end only to further reveal that there is more to the story.

He does this all while never revealing or making assumptions about the true identity or motive of the killer. Like Michael Myers in John Carpenter’s 1978 classic, Halloween, our murderer has no known motive, and that makes him all the more terrifying.

The twists are the key to this film’s greatness, so I will refrain from giving any more specifics as to not spoil the end for anyone.

That being said, Lake Bodom is a well-shot, well-paced, well-acted Finnish slasher. In a sub genre dominated by American filmmakers, it’s rare to see a foreign slasher at all, let alone one executed so well. Mustonen understands the slasher sub genre well enough to add his own spin, making for an effective teen slasher.