Despite pacing problems, “Lost Angel” offers a compelling mystery with strong performances; an enjoyable watch but patience is required.

Lost Angel is a thriller about a woman named Lisa (Sascha Harman) investigating the mysterious death of her sister. Each discovery seems to lead to more questions. Along the way, she meets a man named Richard (Fintan Shevlin) who agrees to help her. But what is his role in her sister’s untimely death?

There is a lot going on in the film written by Simon Drake (who also directed) and Louise Hume. The story involves the criminal underworld, mysterious men in green blazers, and a ghost. Because of that, it would make sense that Lost Angel would move at a slower pace to allow everything to sink in.

That being said, it is hard not to feel that the movie is taking too long at times.

This is noticeable since Lost Angel is not a long movie. It barely runs an hour and a half, and even then, it seems like it had to stretch a lot to get there. This does not make the film bad, but it does ruin the immersion for the audience. It takes away some of the fun when it feels like parts of the script were added for padding. 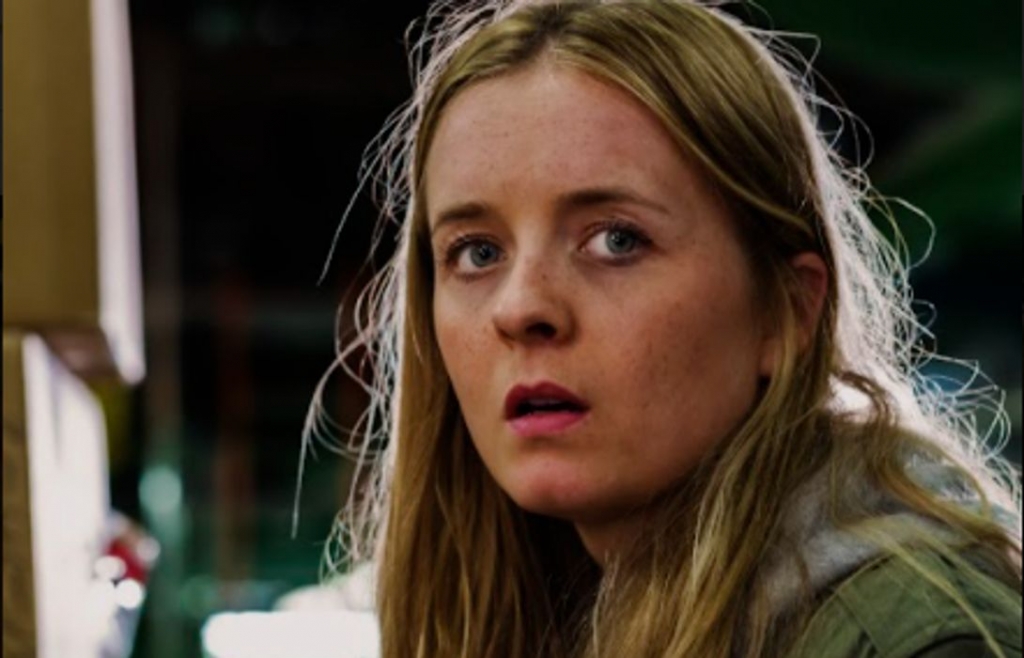 Her desire to solve her sister’s death is captured as much through her expressions as it is her actions. There is a sense of desperation in everything she does. This makes it easy to get behind her as she tries to unravel the mystery.

Rich is also an interesting character. Cloaked in mystery, he appears to be open while hiding something at the same time. A minor twist revealed early explains this, but it shockingly does not seem to bother Lisa much. Odd reaction aside, the pair do a great job of carrying the film.

The chemistry she shares with Shevlin also helps Lost Angel.

Though there are a fair amount of characters, Lisa and Rich carry the bulk of the film. Their interactions and relationship are integral to the story. (How they got along with Lisa’s sister is also incredibly important.)

Lisa’s journey is twofold. There is the obvious search for answers, but she is also having to deal with loss.

These are the moments when LOST ANGEL is at its best. As a genre film, it can be almost predictable. But the human drama found when the layers are peeled away is much more interesting.

How much a person enjoys Lost Angel will depend on how patient they are. There are so many moving parts that not all of them have time to get addressed properly. There are lingering threads that give the film an unfinished feel.

Still, the mystery is enjoyable, even if the watch is not an entirely smooth one.

Lost Angel is available to rent on iTunes and Amazon Video.