Vinegar Syndrome has become known, in recent years, for their amazing sales with surprise releases, mystery releases, and cult classics — giving the kind of restoration release that these releases deserve.

As we turn the calendar to Spring, it’s time for Vinegar Syndrome’s incredibly popular “Halfway to Black Friday – Flash Pre-Order” sale. As usual, Vinegar Syndrome has some surprises for genre fans that will only be revealed when the sale begins on Friday, March 25th. This includes titles that won’t be revealed until shipped and one release that headlines the entire sale package.

Thriller has long been one of the most controversial grindhouse-era films ever made. The producers of the film are rumored to have used a real corpse during an eye-gouging scene and infamously inserted explicit sex scenes into the movie.

While the movie has been given a home video release before, Vinegar Syndrome is giving this rape-revenge classic a 4K restoration of the theatrical and the complete uncut version of the film.

The release will also include new and archival extras as well as a brand-new 40-minute documentary. 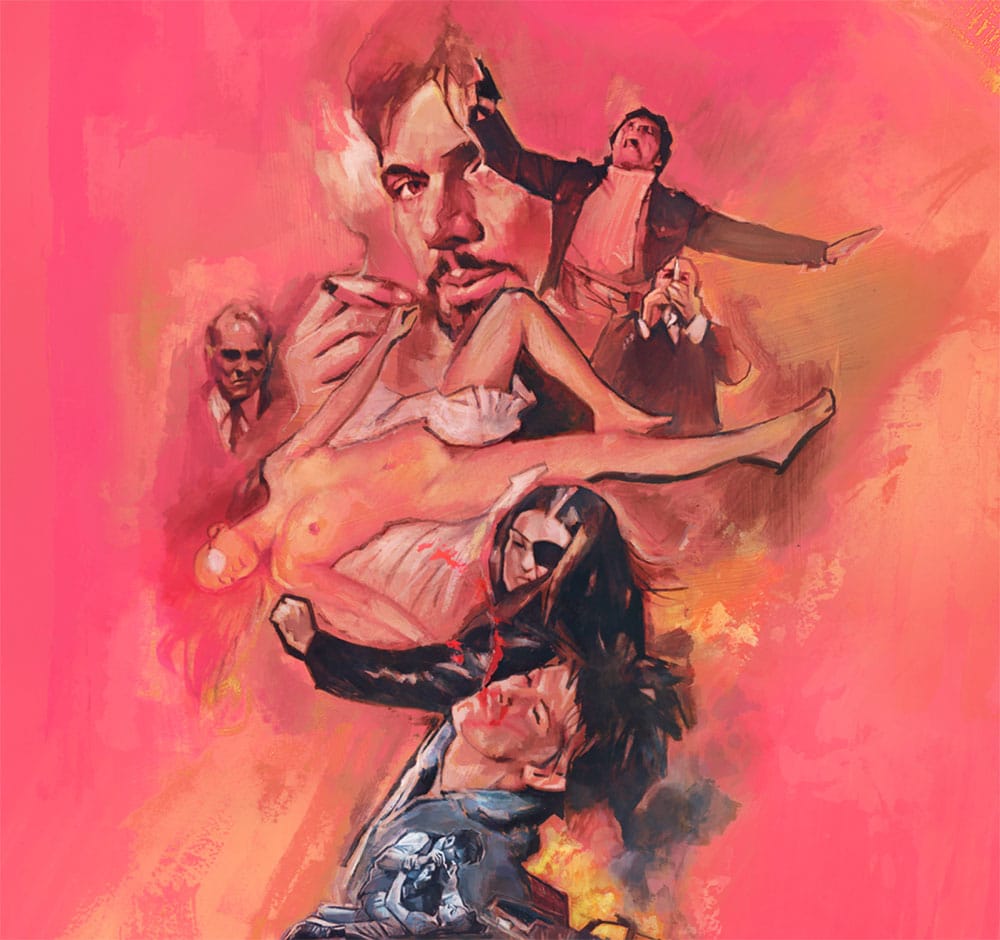 And that’s not all! There will be two May releases, one being an 80s action film making its UHD debut, and two Secret Surprise releases.

Need just one more reason to get super psyched for this massive sale?

If you decide to order the ‘Everything’ package, which will be available exclusively this sale weekend, you’ll save big compared to the cost of purchasing all the same titles during the Halfway to Black Friday Sale in May, and you will also have a guarantee that your entire order (including whatever else you pick up during the sale) will be in the first batch to ship, immediately following Subscribers!