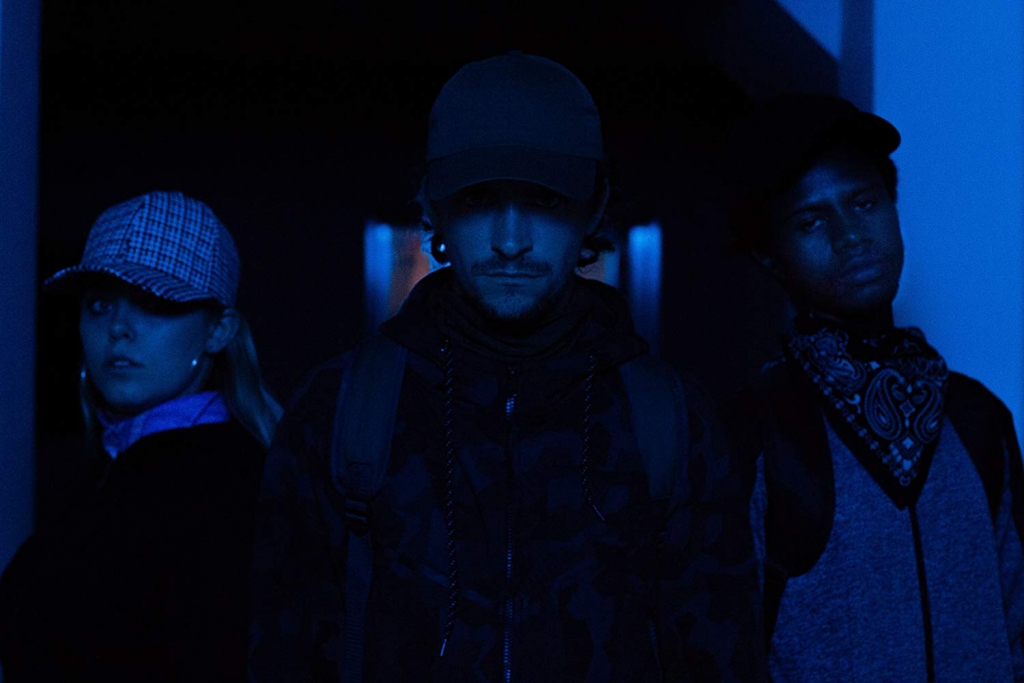 Nefarious: Adjective (typically, of an action or activity). Wicked or criminal.

The low-budget folk horror film Dogged was a feature debut for director Richard Rowntree and one of my favorite films of 2018, so I was excited when I heard he would be returning to the horror genre with the home invasion horror film Nefarious. It plays out differently than what you may expect from a home invasion movie, but like Dogged, it is this unexpected turn of events that makes it work so well.

Darren (Buck Braithwaite), Lou (Nadia Lamin), and Jo (Abbey Gillett) are barely living each day unable to escape the fringes of poverty, and with a mounting debt owed to the local criminal organization, they live each day in fear of retribution. On the other side of town, the already wealthy Marcus and his disabled brother Clive receive a windfall in the form of a winning lottery scratch card. The two very different worlds collide with disastrous results when an attempted burglary goes wrong. The would-be criminals get more than they bargained for and will be tested to their limits in a desperate attempt to survive a predator of monstrous proportions.

Despite being a home invasion movie, the first half of the film recounts the events leading up to the burglary as the police try to piece together the sequence of events. They go about interviewing colleagues, acquaintances, and witnesses who may be able to help form an overall account of what happened. The events relating to the interviewees are then portrayed with flashbacks, which show how each event transpired. 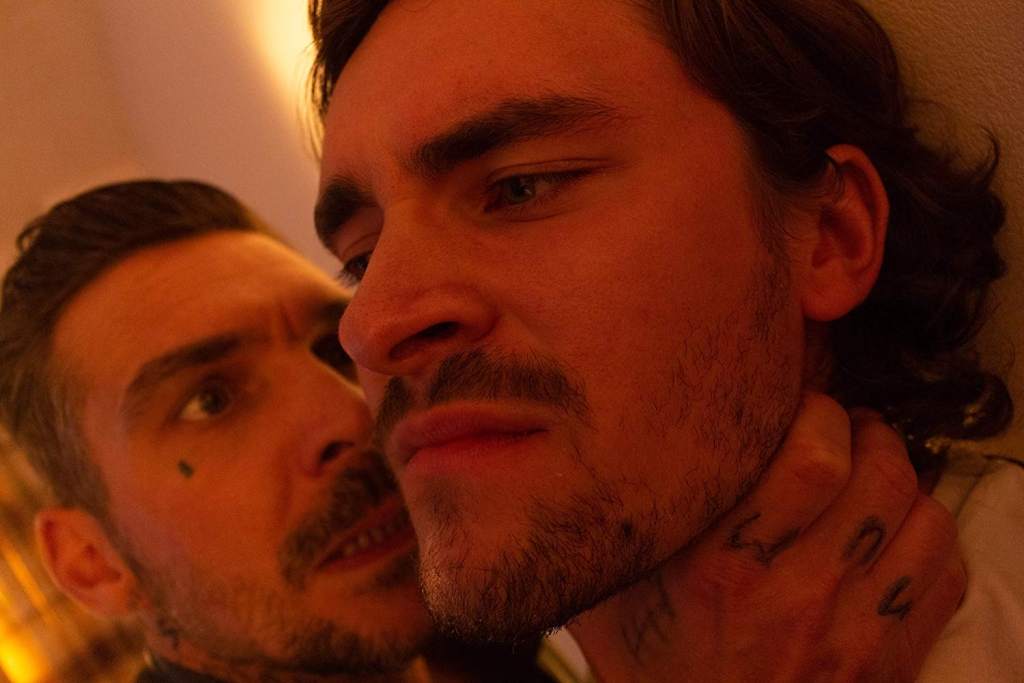 It may seem like an odd decision to concentrate so much on the events leading up to the burglary, but Nefarious is a multi-layered story, which proves to be one of the film’s strengths.

While the main context of the story focuses on and builds up to the burglary, the underlining themes look to explore the issues of social divide, concentrating on the circumstances that contribute to the situation and those that take advantage.

By exploring the social circumstances of the characters, the lines are often blurred between who we should be supporting and who is villainized in the film. While it never looks to justify the group’s decision to commit the burglary, due to their circumstances you do sympathize with them and find yourself wanting them to succeed.

This is in spite of the fact that the characters, such as Darren, are deliberately unlikeable. Although, this is partly because of the circumstances which affect those around him. And as we find out, there is always someone worse higher up on the food chain. 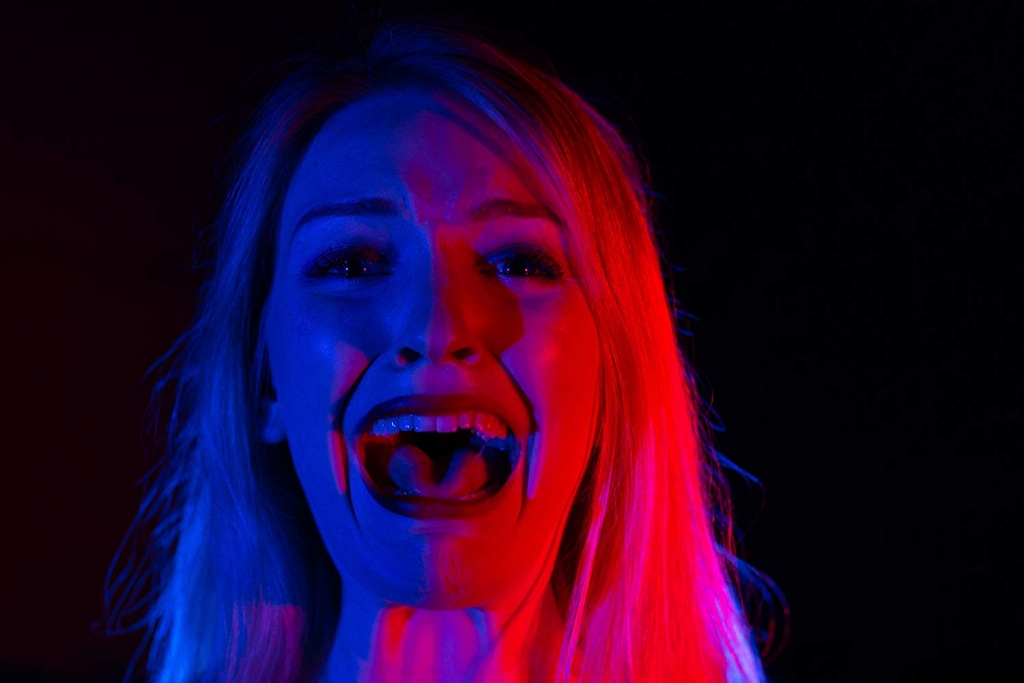 With a fairly simple set-up, Nefarious is character-driven by a tight script and some strong performances from the cast, which bring grim realities of the film to life.

Fans of Dogged will see some familiar faces making a return, including Toby Wynn-Davies, who remains just as unnerving as the caring but overbearing brother Marcus, and Nadia Lamin, who gives a brilliantly versatile performance once again as Lou.

It is, however, Gregory A. Smith who stands out for me with his performance as the mentally handicapped Clive. It’s a role that could have been easily overplayed, but I was impressed with Gregory’s balanced performance, which helps him maintain a sense of believability with the character.

Buck Braithwaite also delivers an impressive performance in what looks to be his first feature film. Displaying both ferocity and vulnerability in his character, it is an emotional performance that leaves the audience feeling conflicted in how they perceive him. 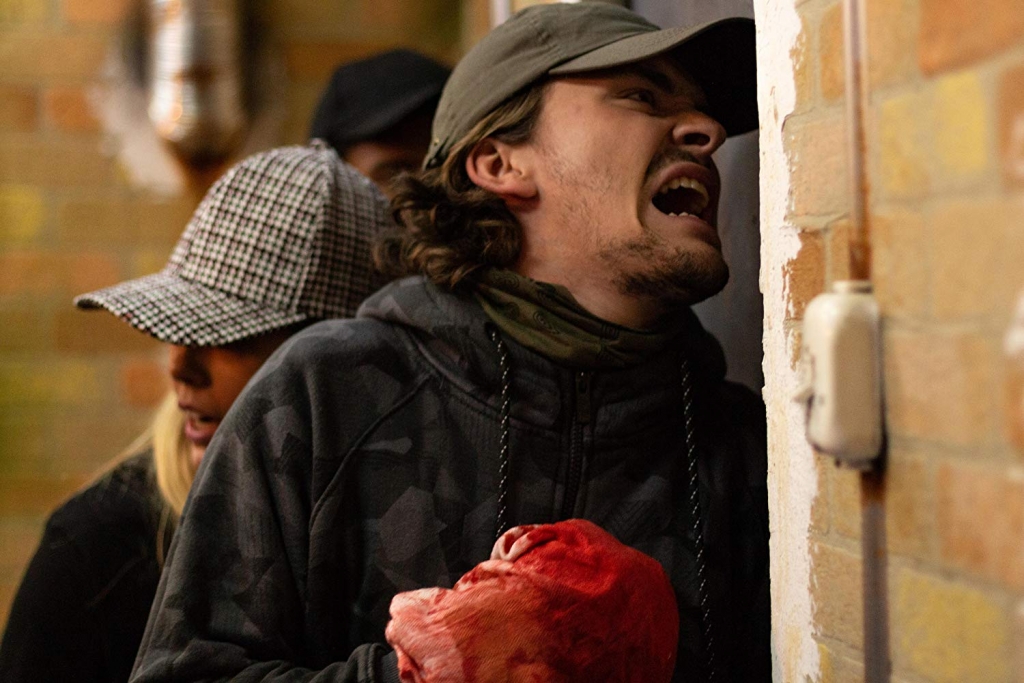 It is clear that Nefarious is a low-budget film, however, the clever visual style remains one of the most impressive elements of the film.

From the blacked-out surroundings of the room during the police interviews to the haunting use of color to create an ominous tension in the shadows, there are several moments where the cinematography adds depth to what is otherwise a more simplistic set-up with the locations.

The lighting and camerawork are also used brilliantly to create a contrast between the different social divides, reflecting the moods. The shots which capture Darren and the dreary estate in which he lives delivers a more stripped back and raw look; the camera having a free-flowing movement and unorthodox angles, which creates a more personal, almost documentary-style look. In contrast, the shots on the more privileged estates are more open, structured, and brightly shot, giving a more vibrant mood and atmosphere.

The film doesn’t rely too heavily on special effects, concentrating more on building the tension and the inauspicious atmosphere surrounding Darren and the people around him. Although with that being said, Nefarious is not shy when it does come to the gore once it starts and is extremely effective when it does occur. The impact proves to be more effective because it is unexpected. 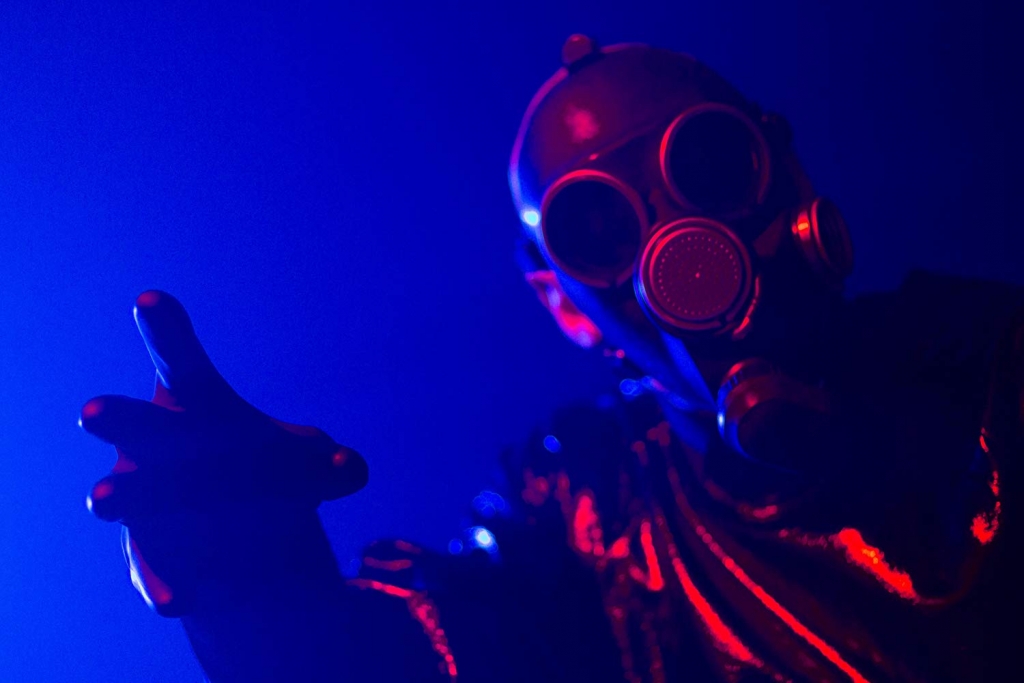 The combination of the clever cinematography and special effects are brilliantly executed in a scene involving a safe, which is already one of my favorite shots I have seen this year.

The primary view is taken from within the safe with the viewer given a unique perspective looking through the closed safe door at the group trying to enter the relevant code. It may be a simple idea, but the angle in which we view the events creates a unique and tense moment, and as quick as it is, it really stays with you as a standout moment in the film.

If there are any weaknesses it would be the way some of the final events unfold. It seems to lose the initial gritty realism of the film and doesn’t have the same natural flow as the rest of the film, even though the unexpected final twists conclude the events of the film perfectly.

At 79 minutes, Nefarious is definitely a more festival-friendly length than Rowntree’s feature debut. And although it may seem short for a modern feature, the running time works well for the film. It feels compact and accomplished in what they tried to achieve, avoiding the need to pad out the film to reach a 90-minute running time.

It is another original, intelligent, and thought-provoking horror from Richard, who shows once again what can be achieved on a budget.