Wooden dummies from a vintage child’s TV show come to life and terrorize a group of friends and the owner of the building where they used to film. 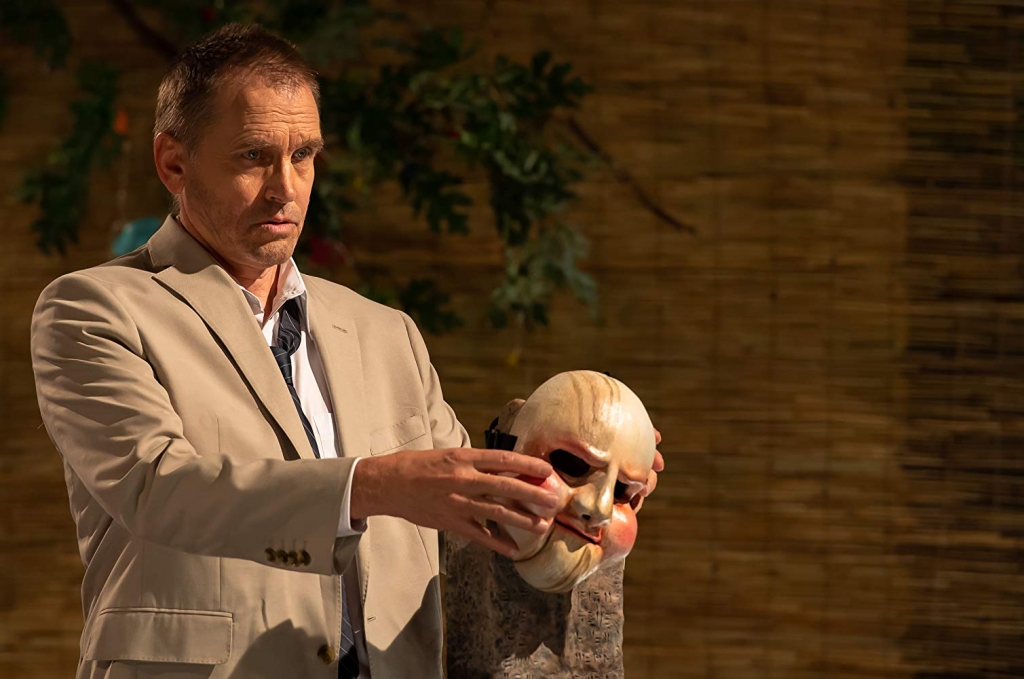 The highlight of Devil’s Junction: Handy Dandy’s Revenge is genre favorite Bill Moseley (Three From Hell, Devil’s Rejects, Texas Chainsaw Massacre Part 2) as Richard Crane, the wealthy owner of a former TV studio where a children’s show called “Handy Dandy” used to film. However, even the weight of Moseley’s always-welcome presence can’t save this film from turning nonsensical, and if that’s what director Jeff Broadstreet was going for, then it was accomplished.

There was a time in the ‘80s when killer doll and dummy movies were a popular sub genre, with films like Dolls and Puppet Master capturing the hearts and funny bones of horror fans. More recently, Dead Silence also featured a ventriloquist dummy, so dummy horror can be legitimately scary.

In Devil’s Junction, Richard’s son, Steffen (Jake Red) takes his completely stereotypical friends to the building his dad has purchased and tries to convince them to invest in his idea for an after-hours club in the old film studio. 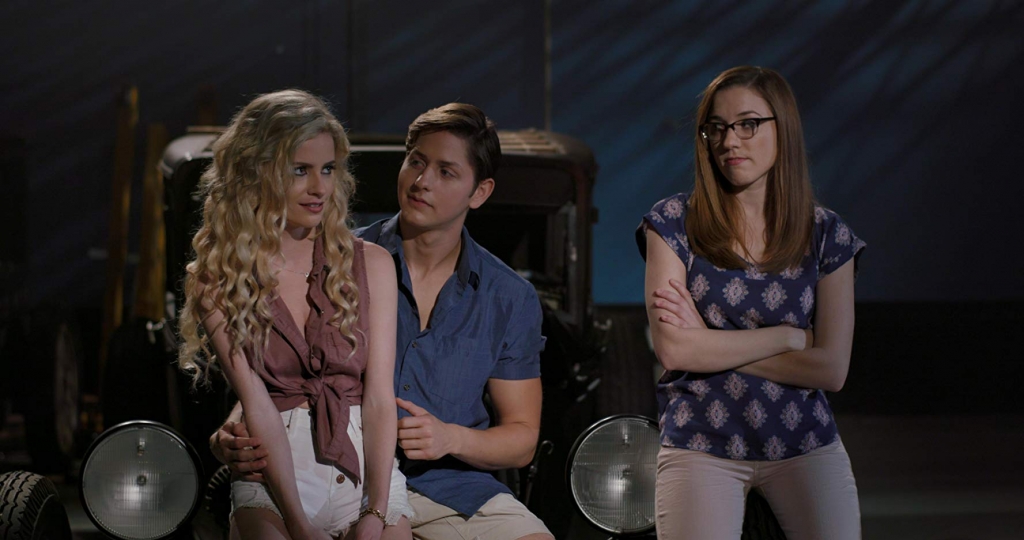 Right away, they find a bunch of old, creepy dummies hanging around.

Stef explains to his friends that a kids’ TV show used to film there and proceeds to show them around the rest of the venue to fill them in on his concept for the nightclub while they toast champagne. The dummies are controlled by former showrunner Mr. Jolly (Bill Oberst Jr., wearing a creepy mask made of wood) who is not only a member of secret society the Masons, but is also a 200-year-old wizard who Richard faults for the death of his childhood best friend. 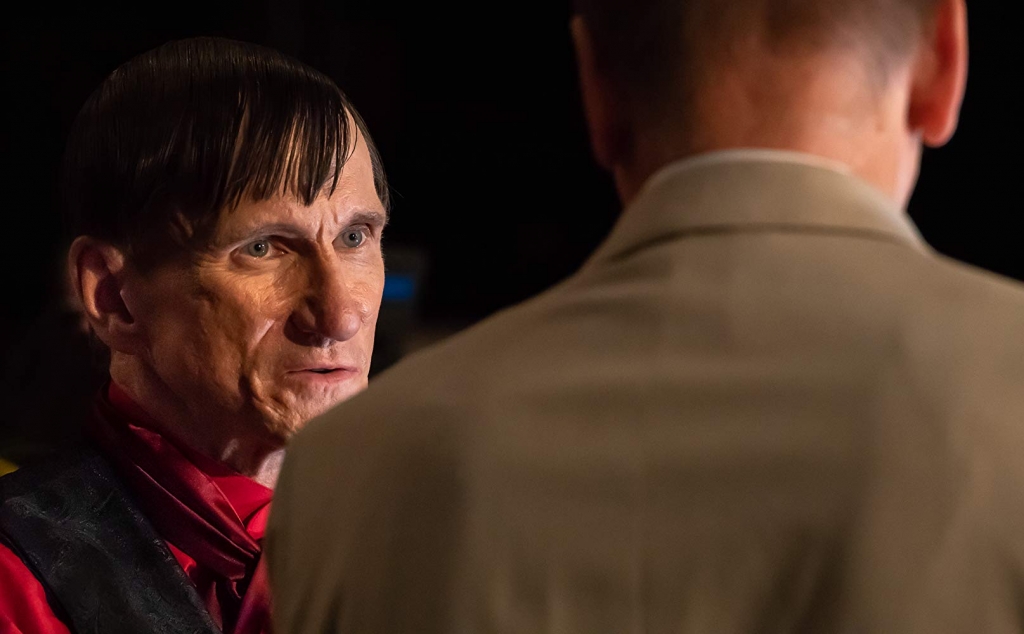 This movie has potential, and there’s something to be said for a well-done, inventive, funny movie about a group of  young people coming up against killer dummies.

However, a weak plot coupled with subpar acting (save for Oberst Jr. and Moseley, who did what they could) did little to salvage this silly film, along with subplots that don’t seem to make much sense or fit in with the main story of the movie.

The effects were pretty good, up until the end when things seemed to get a bit weak and the film fell apart. Too many cuts made kills seem uncreative and choppy, and the lack of interesting characters didn’t help. Modern audiences and movie-watchers in the last decade want more from film characters than the blonde bimbo, the rich, popular, James Spader-like dude, and the good-looking athlete.

We didn’t get a chance to really care much about the characters, so I wasn’t too upset when they got killed off. 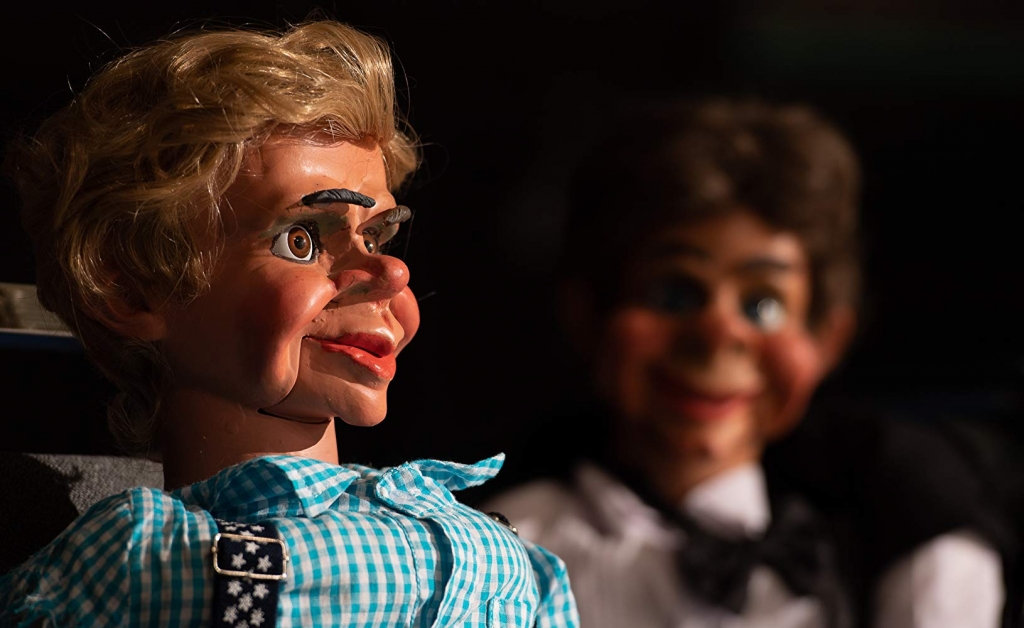 A meatier script with a more linear plotline and filled-out characters would improve this movie tenfold and make it harder to lose track of the storyline.

A weak ending propelled this movie to its unsatisfying climax, and though dummies can be pretty frightening, the dummies in this film were anything but scary. It’s too bad because they look terrifying, and if used correctly, could have been horrifying.

It’s disappointing to see a movie with potential to be a fun, B-movie slasher not use all of its resources, including incredible talent like the two main stars.

Perhaps this movie had a limited budget, but that’s not a deal breaker in the horror industry, as many of us know. With a recipe for success, scary-looking dummies, and real talent, DEVIL’S JUNCTION did deliver silliness but skimped on scares.

Here’s hoping Broadstreet uses great actors to their full advantage in his next outing; he’d be a dummy not to.