If you’re on the hunt for a real comedic gem, keep searching. But if you’re in the mood for a dumb comedy, you could do worse than Sasq-Watch! 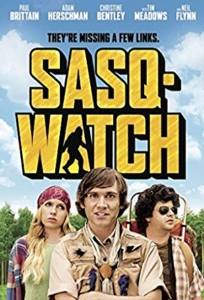 When you think about it, there’s a lot funny about Bigfoot, the 10-foot-tall, reclusive monster that roams through mountain towns, foraging through garbage cans and showing up blurry in photos. But for every goofy urban legend, there is some equally goofy person who believes. SASQ-WATCH! is the story of two such people.

Brothers Nigel (Paul Brittain) and Oscar (Adam Herschman), after having both seen Bigfoot as children, have dedicated the rest of their lives to finding evidence of the beast. Our story begins when it is announced that the prestigious Damien Hogel Grant—which offers half a million dollars to anyone with proof that Bigfoot exists—will be discontinued the next year.

The guileless Nigel and his witless brother head off for the first time in the wilderness to track the Sasquatch on, according to Nigel’s research, his home territory. 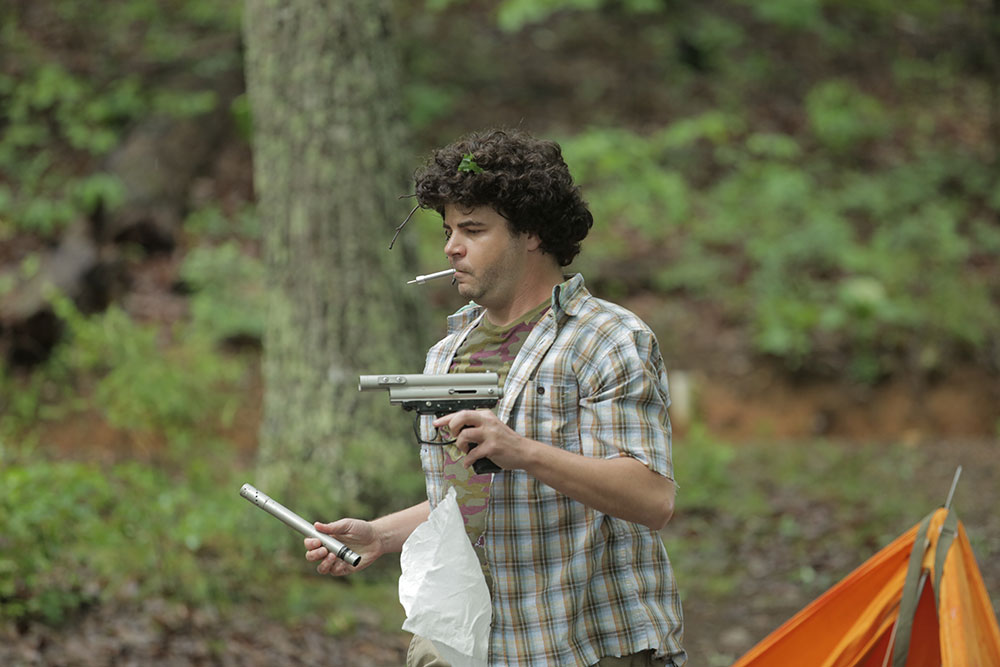 Having had no experience in the woods, Nigel and Oscar hire Samson (Neil Flynn), a local with his own stories of the ‘squatch, and Jamie (Christine Bently), the bad-tempered sister of an old friend of Nigel’s. Before long, this mismatched crew meets up with CLAUS (Tim Meadows), Nigel’s former mentor and current rival.

Claus may have two hot assistants and a futuristic bubble tent, but he doesn’t have the heart of a ‘squatch-lover. These two pseudo-academics are now in a fight to find Bigfoot. That is, unless the wilderness gets them first. 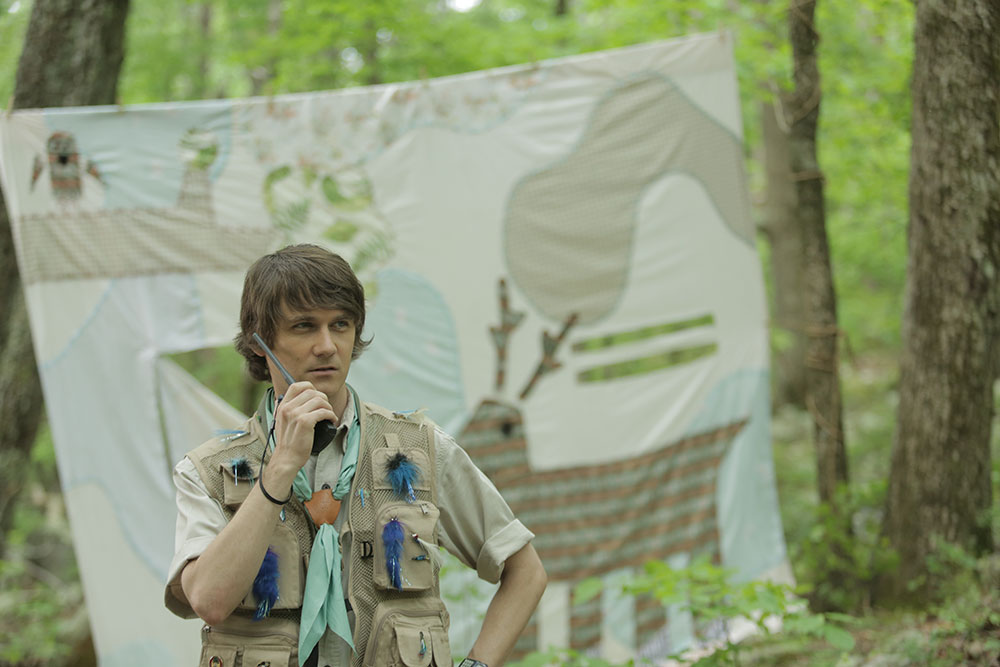 There’s a lot to love about SASQ-WATCH! The direct-to-camera documentary style is blended with a bright color palette bringing to mind Wes Anderson. The direction is fun, and the whole film has a lighthearted, breezy feel. Neil Flynn as the grizzled local guide Samson is hilarious in his supporting role, and he shines in every scene he’s in.

I was in love with this movie—until I hit the 30-minute mark.

After about half an hour of these characters, watching the movie felt less like a delight and more like a chore. My heart sank as I realized that yes, Nigel and Oscar really were going to be this dumb for the entire movie. 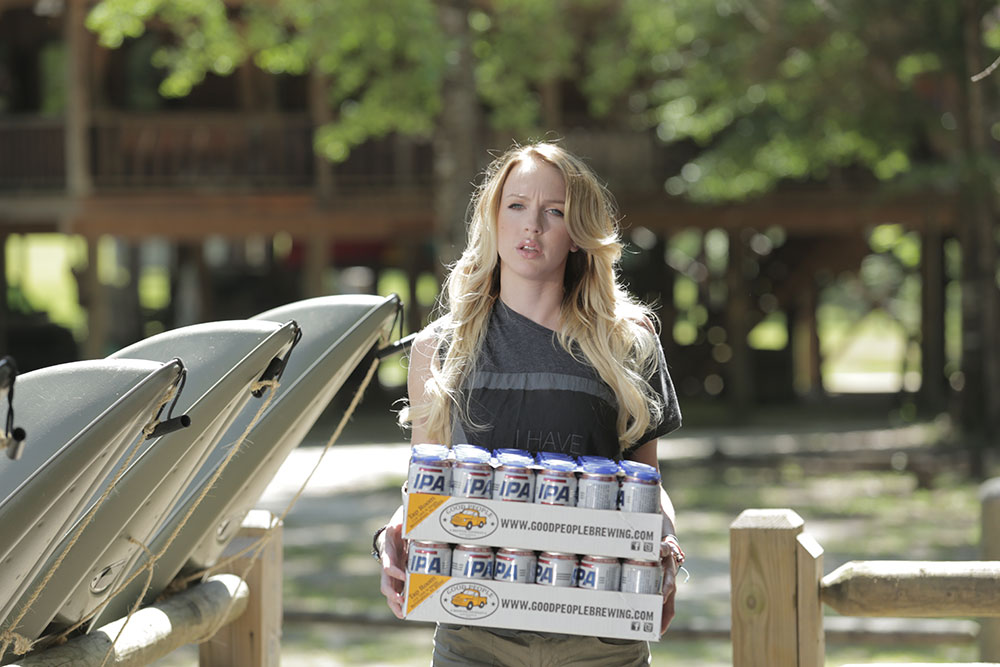 You would be tempted to compare SASQ-WATCH! to other mockumentaries like BEST IN SHOW or WHAT WE DO IN THE SHADOWS, but the broad comedic style is actually closer to a sitcom like Parks and Recreation or The Office. 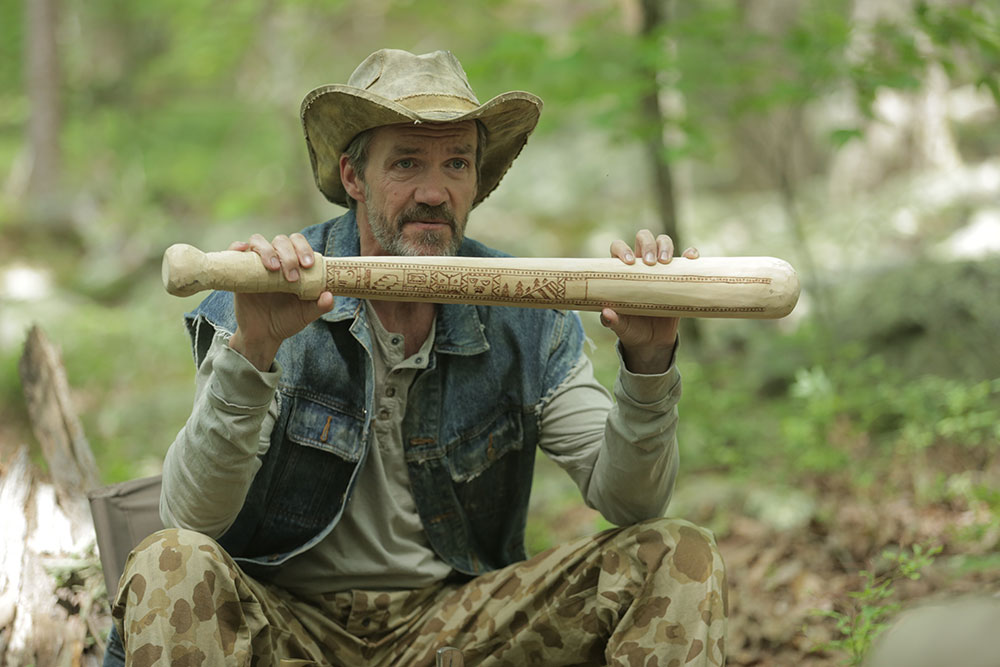 In the best of these, there are always a couple of characters to identify with. I had deeply hoped, despite mounting evidence, that Nigel was just idealistic and not as cartoonishly dense as his older brother. It’s really hard to root for a guy who spends his time counting trees.

Jamie, as the only competent character, seemed to be slated to be the voice of reason, but her relentless contempt is just off-putting. When, late in the film, there is finally a confrontation between Nigel and Jamie, her kindness seems unearned. 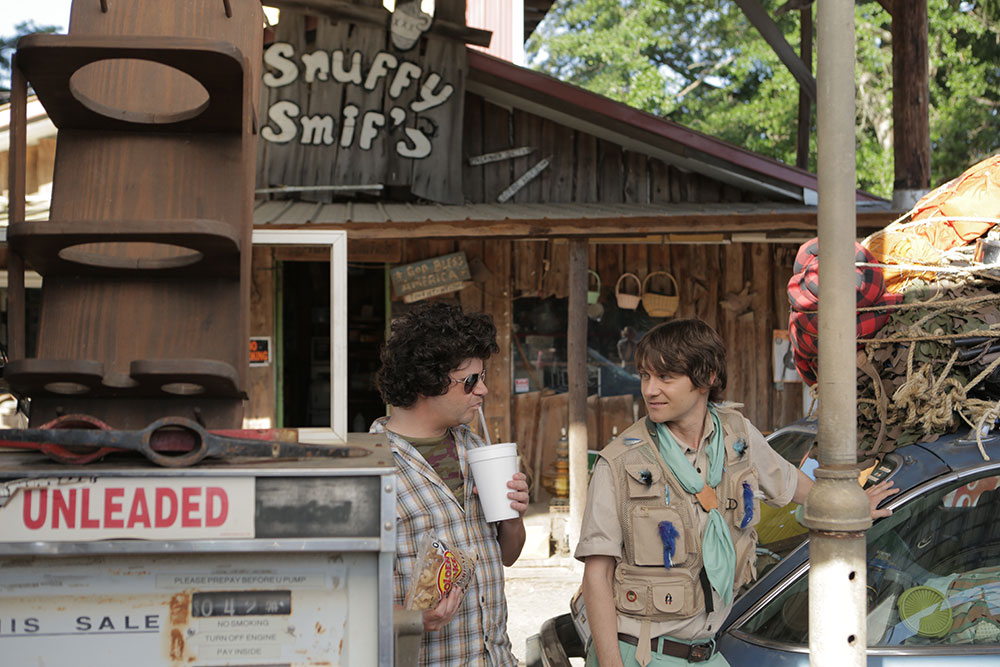 It’s hard to know what to say about SASQ-WATCH! If you’re in the mood for something funny and dumb, well, there are definitely some scenes that will make you chuckle. The cannibal campfire story is great, as is the scene where Nigel and Oscar are looking for their guide.

Paul Brittain as Nigel is incredibly likeable for the most part, and he has a good chemistry with Herschman as his brother.  If you’re a Bigfoot fan and you’ve got some time to waste, you could do a lot worse. You could go camping.