Reel Review: How to Save Us 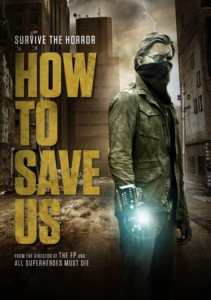 I recently received my October Horror Pack, something I look forward to with great anticipation each month. It’s a great way to build up my collection, while discovering new independent films I may have missed. This month, my pack included a movie called How to Save Us, a micro-budget sci-fi horror film from Jason Trost (The FP, All Superheroes Must Die) about a man searching for his missing brother in a post-apocalyptic landscape.

Trost writes and directs this ambitious genre mash-up, and he also plays the lead role of Brian, carrying the film almost exclusively on his shoulders. At first glance, this is a film like so many other films you’ve seen before. It’s territory well-tread with a plot that centers around an isolated man on a mission in a world decimated by a devastating viral outbreak.

But Trost manages to do something rather extraordinary with the concept, creating a truly unique mythos unlike anything I’ve ever seen. 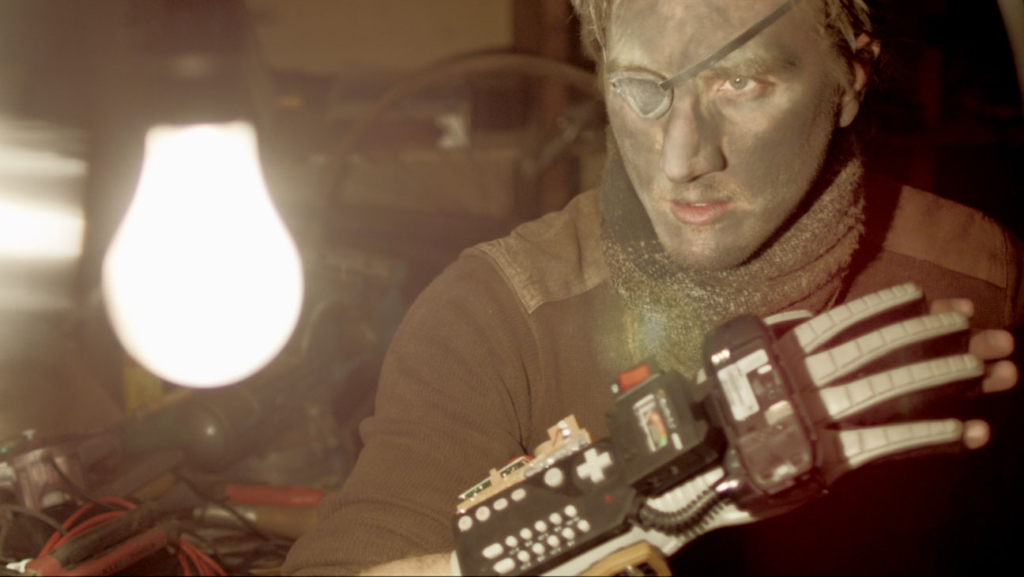 The film centers around Brian, an eye-patch wearing bad ass on a quest to find his brother Sam (Coy Jandreau) at the urgent bequest of his sister. He must traverse a plagued wasteland in Tasmania, as one of the few people left following a mass annihilation/evacuation.  What’s left is quite literally a ghost town, as it turns out the area has been invaded by an army of evil spirits. As hokey as that may sound, it’s executed quite brilliantly. And the ghosts in question are unlike anything you’ve likely seen before.

What really sets this film apart is the highly imaginative laws and backstory of the ghosts. We learn early on that you have to hide from the spirits by covering yourself in human ashes to throw off your scent, which will be somewhat familiar to fans of “The Walking Dead”. Graveyards are safe havens in this quarantined area. 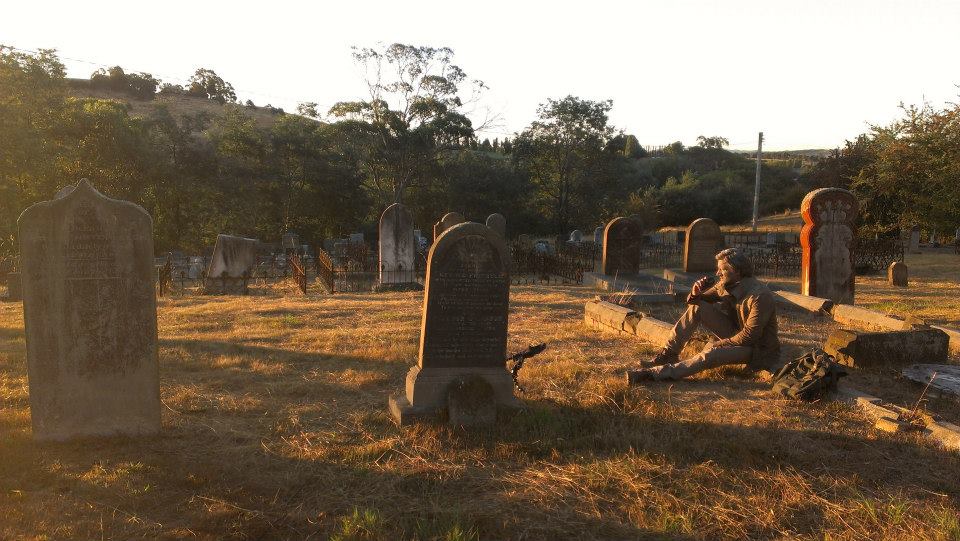 These particular malevolent ghosts have the ability to manifest themselves through EMP (electromagnetic pulses). Thus, anything with an electric heartbeat acts as a conduit. The spirits can’t be viewed with the naked eye, but they can be captured on infrared camera — appearing as eerie, dark and distorted figures. They can also be heard on the airwaves. Brian carries around a small transistor radio to alert himself to the presence of the specters. When they are near, he hears piercing siren-like noises and creepy voices, which really adds to the horror.

As a result of this clever plot device, Trost is able to make the absolute most of his limited resources in a way that feels organic to the story. Through very inexpensive but extremely effective visual and audio effects, he’s able to create an ominous and intensely creepy atmosphere. He creates a palpable sense of dread and danger while showing very little in the way of gore or ghostly apparitions.

While Trost does a remarkable job in his leading role, the real star of this film may just be the extraordinary visuals. Along with DP Phil Miller’s panoramic cinematography, Trost creates a desolate but beautiful landscape that deviates greatly from almost all post-apocalyptic movies. Instead of creating a dirty and dilapidated world, the Tasmanian landscape is nothing short of breathtaking. Against this backdrop, the empty cities and abandoned homes left in the wake of the “plague” become all the more bleak and horrific.

This is not an action packed, special effects-driven horror film. Instead, it’s a quiet, character-driven film that is as haunting and heartbreaking as it is horrifying. The final act of the film delivers a powerful twist that significantly raises the stakes and makes the movie about so much more than spooky ghosts and the fight of good vs evil. At its core, this is a movie about loss, regret, forgiveness, and hope.

Made for a mere $20,000, HOW TO SAVE US is one of the most powerful and original films in the subgenre. It features a beautiful and dread-inducing score, exquisite cinematography, exceptional storytelling, and a solid lead performance. Creepy, unsettling, and surprisingly emotional, this is a must watch.