Spookers is a wonderfully engrossing documentary from Florian Habicht that proves you actually can pick your family — no matter how strange. 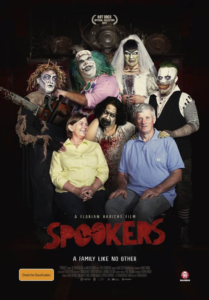 Directed by Florian Habicht, Spookers (2017) is a documentary about a haunted attraction of the same name located in New Zealand. To be more specific, Spookers is New Zealand’s only haunted attraction, and it’s located in what was formerly Kingseat Hospital, a psychiatric hospital. Not only does Habicht show the history of the haunt and introduce the owner, but he also introduces members of the Spookers’ family (aka the scare actors).

Spookers is extremely well-shot; you can tell each shot is framed with intention, which gives the footage a cinematic quality — not unlike that of a Hollywood production. 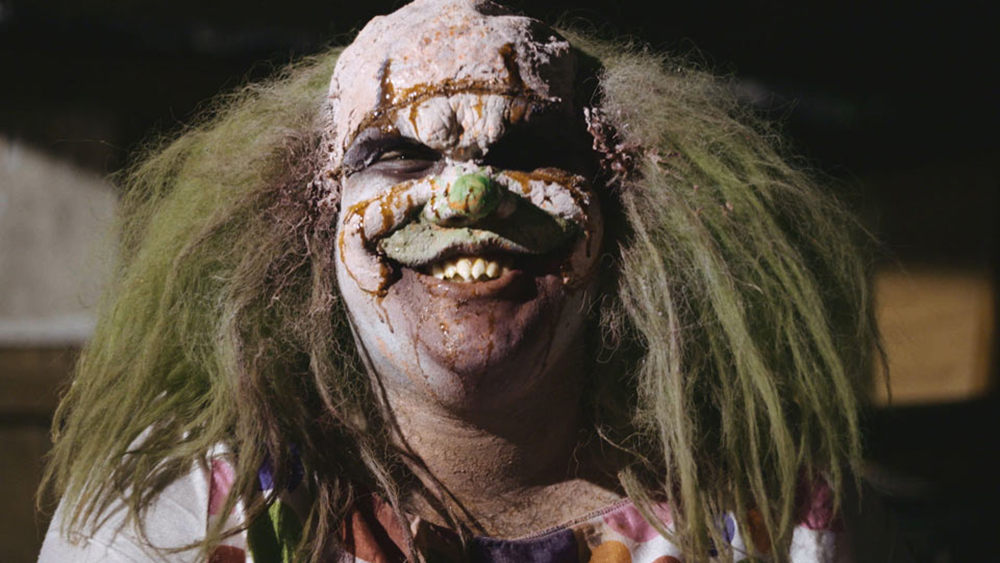 The scenes of the scare actors doing their thing inside the attraction play like a terrifying horror film, showing the actors’ dedication to their work. Not only do the scare actors give their all to their performance, their makeup and costumes look amazing. Again, you can tell how much the employees love what they do just by watching them.

By highlighting the personal stories of a few of the employees, Habicht shows how much Spookers means not only to the owners but to the staff. Most of the scare actors have other “day jobs” and families to take care of; some suffer from mental health issues or other medical issues, some have tragic stories from their home life. What unifies all the employees is their love for Spookers, many stating in interviews that it’s a real family where they feel accepted more there than anywhere else. 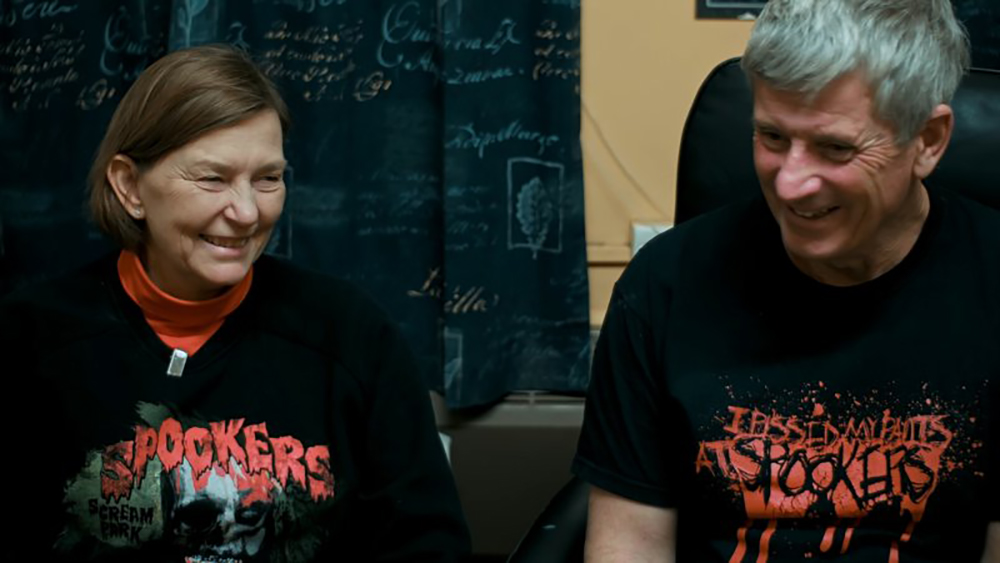 To nitpick an otherwise great documentary, the work does suffer from a lack of a climax or high point of the story. The film consists of interviews, footage from inside the attraction, and history of the Kingseat hospital; however, there is no turning point or big revelation, so the film feels the same from beginning to end. Now, this isn’t necessarily a bad thing, if anything Habicht knew the story he wanted to tell from the get-go and went with it.

One question Habicht asks the employees is how working at Spookers has affected their sleep and dreams; this results in strange dream sequences interspersed throughout the documentary. I can appreciate that when it comes to dreams, showing is probably better than telling, but the dream sequences seemed out of place with the rest of the film. 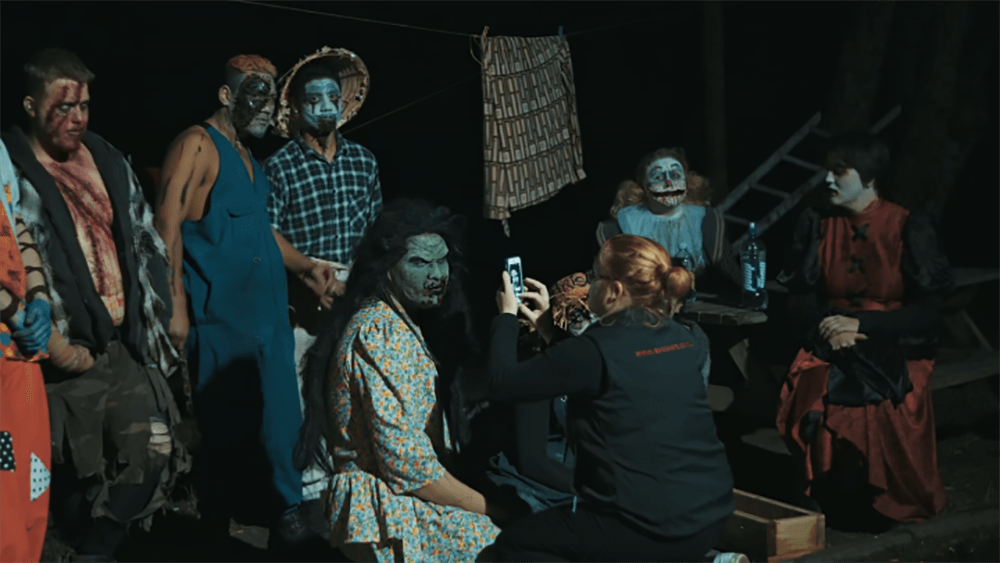 But don’t let those things deter you from checking out this wonderful film!

Despite anything I found wrong with the documentary as a film, I still thoroughly enjoyed hearing the story of this awesome haunted attraction. As a horror fan, I could relate to the scare actors not feeling accepted just because they like scary and creepy things, and seeing these people being able to channel their personal tragedies into their work is amazing. 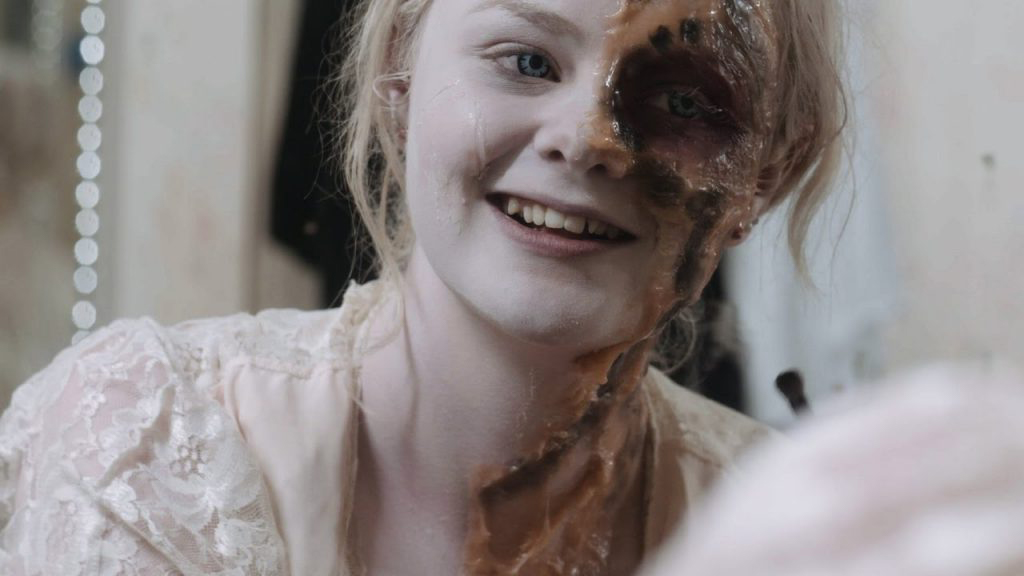 Still not convinced? Apparently, the employees are so good at their jobs that they frequently make guests pee and poo themselves. That’s right. They make people shit themselves, which, luckily enough, is shown in a scene in the film!

What I’m trying to say is go watch Spookers! You won’t regret it.