Filmmakers Seitz and Koch collaborate on a profound and long overdue film celebrating the world of extreme horror and the fans who love it. 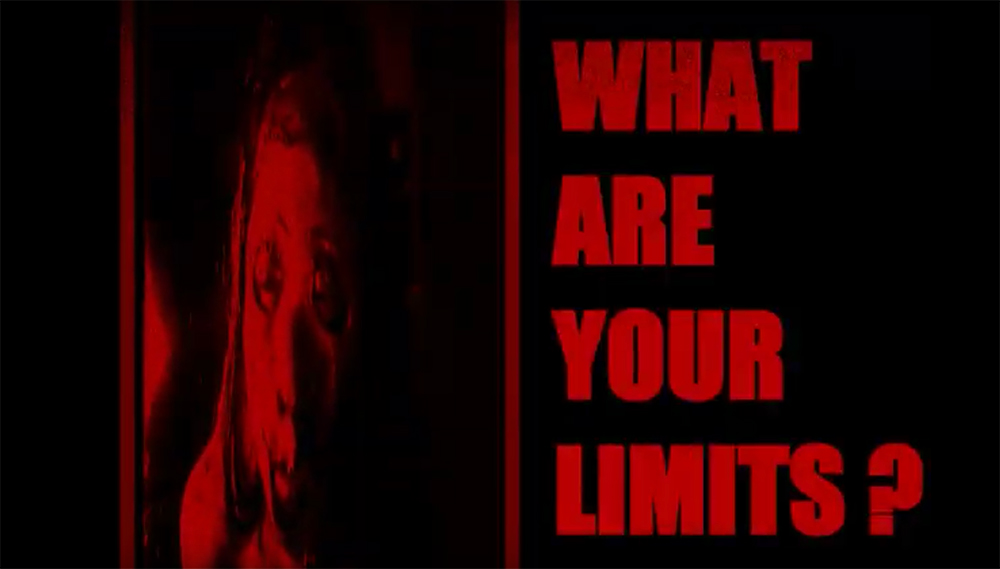 The extreme horror documentary Beyond Horror: The History and Sub-Culture of Red Films delivers a much needed and passionate salute to an often beleaguered sub-genre.

There are some great horror documentaries out there. A little something for everyone. For fans of the incredibly popular Slasher franchises, there’s the comprehensive, four plus hour feature on everything A Nightmare on Elm Street: Never Sleep Again: The Elm Street Legacy. There is also the equally as impressive documentary His Name Was Jason: 30 Years of Friday the 13th, which highlights the successful horror entries of the doomed campers at Camp Crystal Lake and Jason Voorhees. Room 237 is a mindfuck and a half concentrating on the uncommon allure of Stanley Kubrick’s film adaptation of Stephen King’s novel, The Shining.

But there has never really been anything catering to fans of extreme horror, a sub-genre that has a fiercely loyal fan base, but one that is steeped in controversy with the casual movie viewer.

Stepping in to fill this void is 93/93 Pictures, the brainchild of filmmakers and FX artists Jessie Seitz (Devotion) and Marcus Koch (100 Tears, Bloodshock), with their documentary entitled Beyond Horror: The History and Sub-Culture of Red Films. 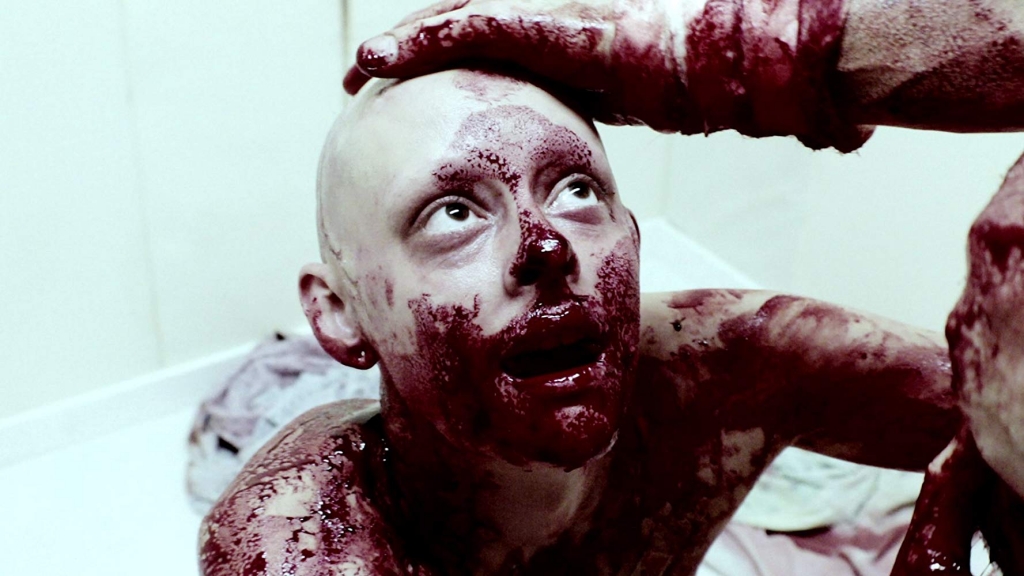 This excellent documentary premiered at the celebrated Nightmares Film Festival and ended up earning the duo a Best Director win there.

With a legendary list of filmmakers (including Fred Vogel, Lucifer Valentine, Domiziano Cristopharo, Dustin Wade Mills, Joe and Cidney Meredith, Brian Paulin, Harry Collins, Ryan Logsdon, Stephen Biro, Poison Rogue, and a slew of others) interviewed, the documentary dives head first into asking what is probably one of the most important questions to an avid viewer of these types of movies: what was your gateway into extreme horror?

With loving recollection for some and utter reverence for others, we learn of the titles that began a lifelong quest to not only seek out the taboo, but to also create some of the most perverse additions to cinema.

Warming my heart was the repeated mention of the Faces of Death series, beginning in 1978, which was also my gateway into this dominion. Cannibal Holocaust (Ruggero Deodato, 1980), I Spit On Your Grave (Meir Zarchi, 1978) and Last House on the Left (Wes Craven’s most brutal film, 1972) also received lots of nods for becoming the Ground Zero of unrepentant, realistic sources of horror and gore. 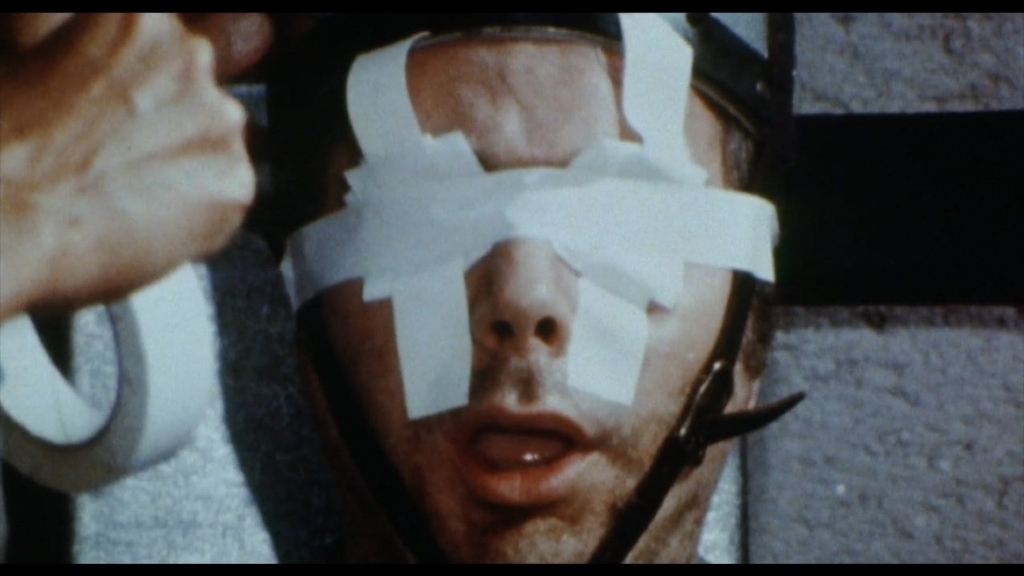 The time-honored tradition of tracking down and obtaining ‘Video Nasties’ — and the literal thrill of the hunt for these movies — is such a magnificent part of many extreme horror fans’ lives in the past and the present.

Think of it like obtaining a first pressing of a record, or a nearly priceless early edition of a beloved comic book. Fans of this particular sub-genre are rabid about acquiring the rare releases of these sorts, and BEYOND HORROR does not neglect mentioning this important fact.

BEYOND HORROR continues with an effortless flow into the history of stage and film violence — from the elaborate Grand Guignol theater of Paris, France, opening to enthusiastic audiences in the late 1890s to the wild Grindhouse pictures of the 1970s that eventually evolved into the Red Films of the 1980s to present. Along this timeline, Koch and Seitz explore why some of us watch these adrenaline-inducing, morbid curiosities. At the same time, they enlighten those who have not yet been made aware of such dark artistry. 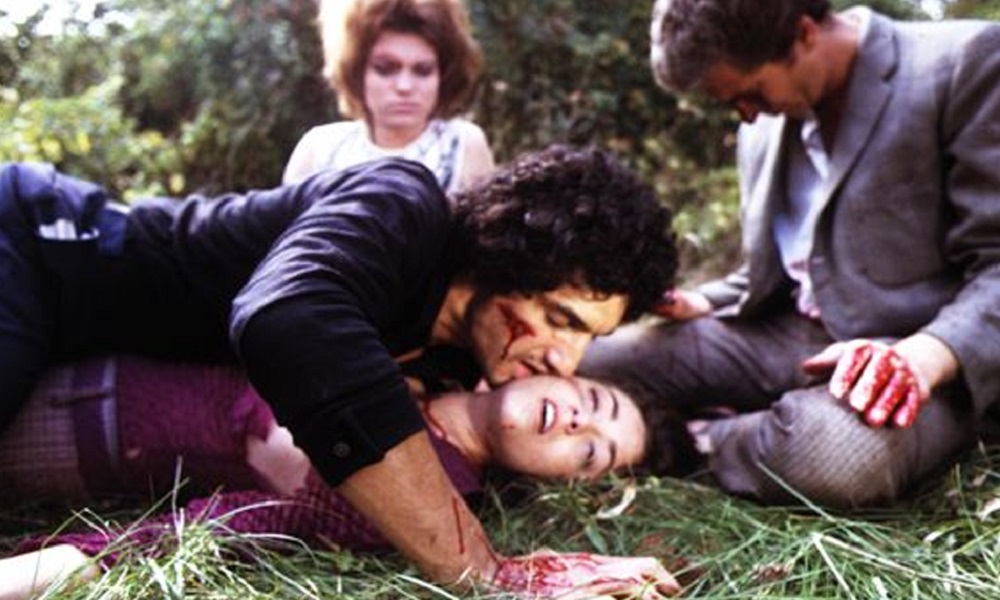 There is a vile misconception that fans of extreme horror love violence against women.

While that may be a common theme in these films, please let me point out that a large majority of ho