Fans of great sci-fi horror like “Alien” should appreciate “Sputnik, but this film has much more going for it beyond the obvious comparisons. 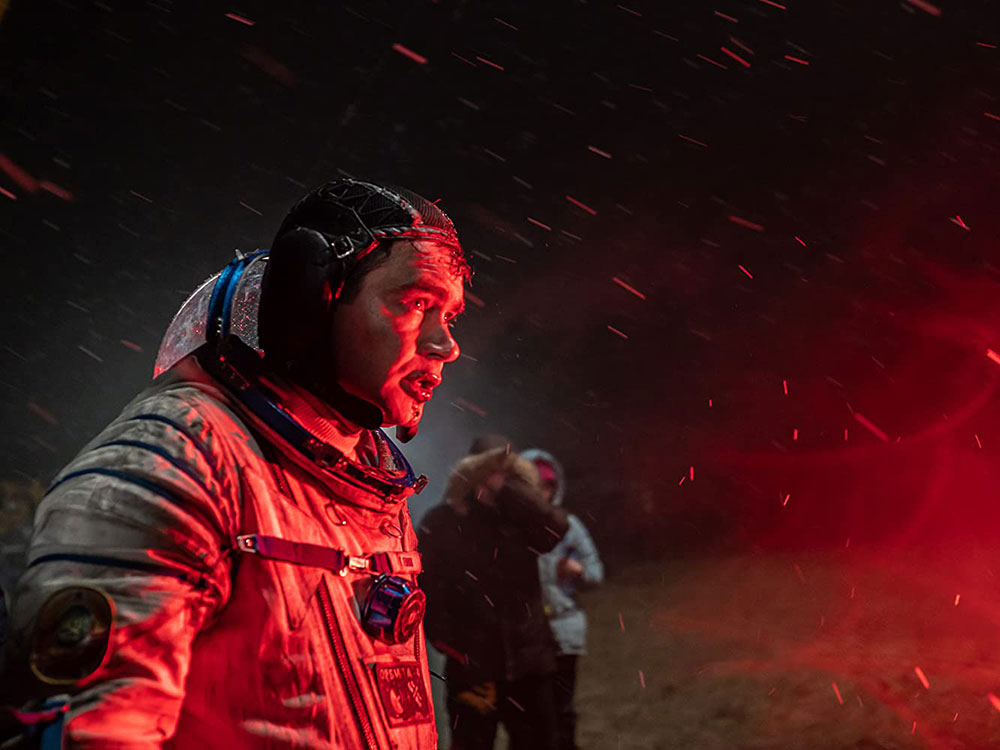 Note: This review does contain some plot spoilers.

Sputnik begins with a scene you’ve seen in countless other sci-fi films. Our brave cosmonauts are floating through space, preparing to break back through the atmosphere and return to earth, when something moves on the outside of the ship. As the hatch twists, the screen cuts to black. One of the soviet heroes drifts through the sky, limp beneath his parachute.

That night a farmer stumbles upon a grisly scene. One of the cosmonauts is slumped over in a field, his helmet cracked open, and his head decimated. Not far from the first corpse is the wreckage of the ship. And one of the men has survived. That man, Konstantin Veshnyakov (Pyotr Fyodorov), is shipped away to a government medical facility, where he is treated for his amnesia. He remembers putting the craft back in orbit, but everything goes black after that. And the doctor on staff doesn’t seem to be making much progress, so soldier Semiradov (Fedor Bondarchuk) enlists the help of Tatyana Klimova (Oksana Akinshina).

Tatyana diagnoses Konstantin with PTSD and requests to leave. But of course, nothing is that simple, especially in the USSR.

At night, an alien creature slides out of Konstantin. They believe the alien entity to be a parasite, but Tatyana soon discovers that the connection is symbiotic. She believes she can separate the two, but she must choose between betraying the hero cosmonaut, who she’s become friendly with, and the country’s war efforts.

While many critics are getting caught up on Alien comparisons, they are failing to recognize what an accomplishment this is for Russian cinema. 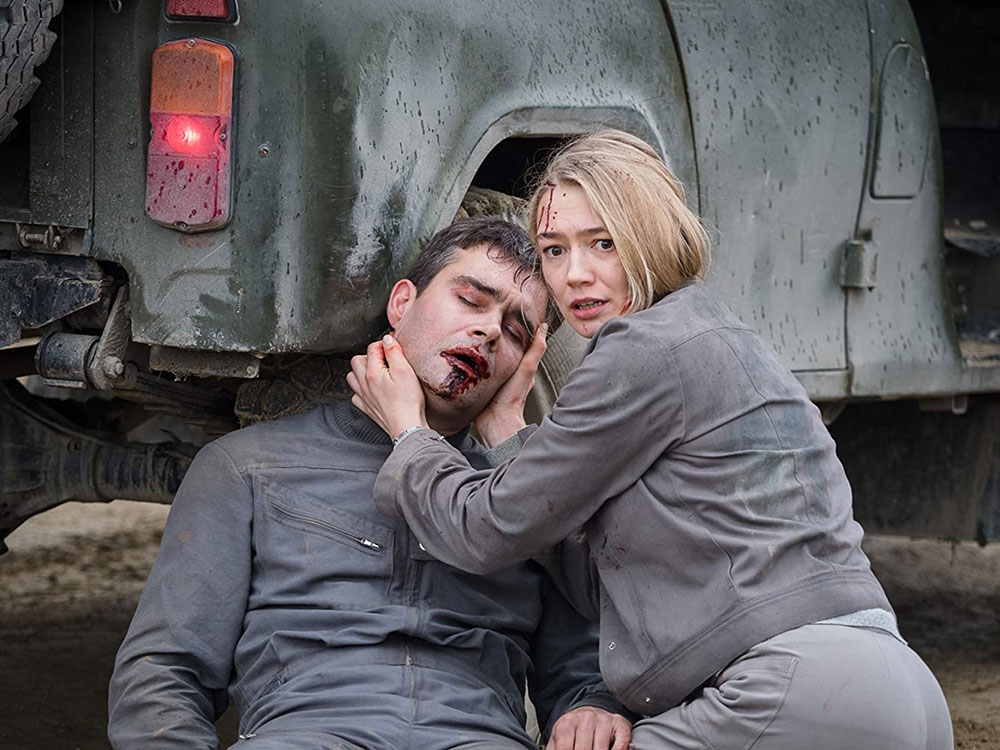 Firstly, comparing every great sci-fi horror movie to Alien is never going to do you any favors, and it honestly doesn’t make much sense. Sputnik is its own entity, with a sympathetic monster. In addition, these critics often fail to recognize the deeper themes and how effectively this film reflects on the hidden horror of a tyrannical government.

We all know that the USSR wasn’t a bright and happy place to live. But the roots of oppression run deep and still ripple through the culture, affecting the descendants of those who have escaped. Even now, Russia isn’t an ideal place to be on the wrong side of old soviet values.

The characters in Sputnik continually bring up the heroes of the Soviet Union, as well as the threat of extermination by the government. You might fear being killed by the government in an American film, but here the threat is a little different. In a time when capture by the government often meant being worked to death in a camp or being used as a human experiment, death was quite often the best one could hope for.

Though the film grapples with a hefty history of sexual assault and violence against women, it was refreshing to see a female lead.

Tatyana is forced to battle both aliens and sexism, especially with fellow scientist Yan Rigel (Anton Vasiley). There is an underlying assumption that he would gladly steal her work to get a Nobel Prize, even as he tries to protect her.

The weakest storyline, however, might be the one related to Konstantin’s son. Before Konstantin could leave for his mission, the mother of his child died. Instead of finding someone within his family to take care of him, he let the child be put in a home. Konstantin’s grief from this choice is so great that even the alien feels a connection to the child’s toy that the soviet has kept.

The main story is intercut with images of what we believe to be Konstantin’s abandoned child, but later turns out to be Tatyana. Though these scenes do serve to deepen the bond between her and the child —  showing the similarities in their pasts and their yearning to be cared for —  they don’t add much to the overall story and feel like more of a distraction than an enrichment to the broader plot.

We would care just as deeply about a returned hero striving to escape his prison to leave and take care of an ailing mother. It falls in the typical Hollywood trope of thinking we need a sad story to actually connect with characters, or that having children involved somehow deepens these connections.

With that said, Sputnik has way more working in its favor than working against it.

The cinematography is breathtaking, and director Egor Abramenko takes full advantage of the sinister orange lighting throughout. What makes the film even more impressive is that it is Abramenko’s first film — cementing him on my list of promising filmmakers to pay close attention to.

In summary, Sputnik is a truly interesting and well-paced sci-fi gore fest, which delivers a view of a cultural experience much different than we are used to seeing.