Posted by:
Tags:  indie film thriller Up on the Glass

“Up on the Glass” is a tense, well-crafted thriller about the class divide and the conflict between beautiful illusions and ugly realities. 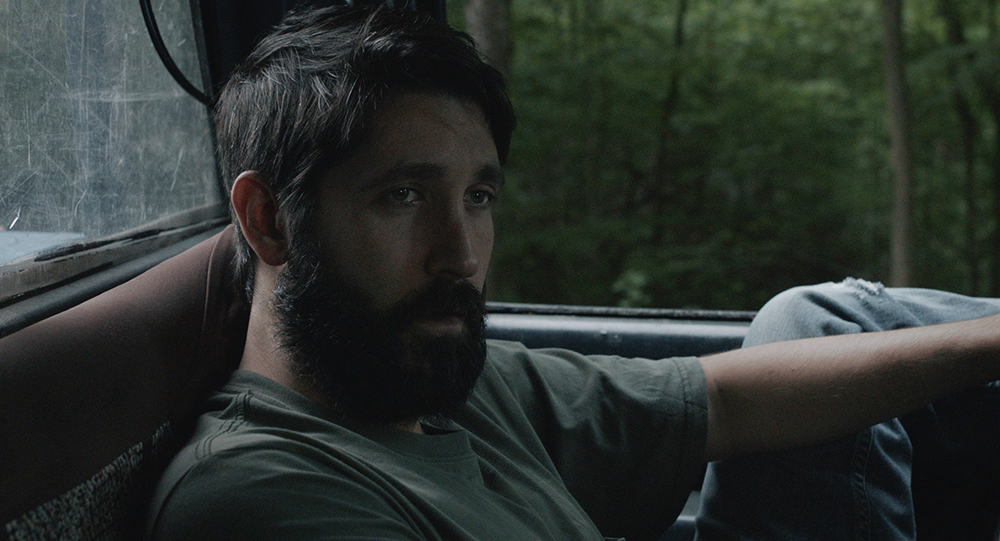 Jack DiMercurio (Chase Fein) is a single man who appears to be down on his luck. He’s living out of his old, beaten up truck. A construction worker with a clear artistic talent, he spends his free time sketching beautiful homes, daydreaming about how the other half lives.

He stops into a small convenience store to pick up a razor and shaving cream, returning to his truck to shave his very full, unkempt beard before heading to his weekend destination: a beautiful lake house reminiscent of the dream homes he’s always drawing. The physically transformative shave is our first hint that something about this destination makes Jack want to be someone different than who he is.

He’s soon greeted by the owner, Andy Shelton (Hunter Cross), an old friend from college. What initially seems like a friendly reunion between boyhood friends quickly starts to become infused with subtle tension. Andy can’t stop talking about his investments, his success in the stock market, all the money he’s poured into renovating his dream house on the lake, and especially his beautiful wife Liz (Chelsea Kurtz), a woman Jack once pined for in college — a woman he still secretly pines for to this day.

As Andy waxes poetic about his good fortune, he brags, “I only know how to win,” to which Jack replies, “Seems easier in a rigged game.” 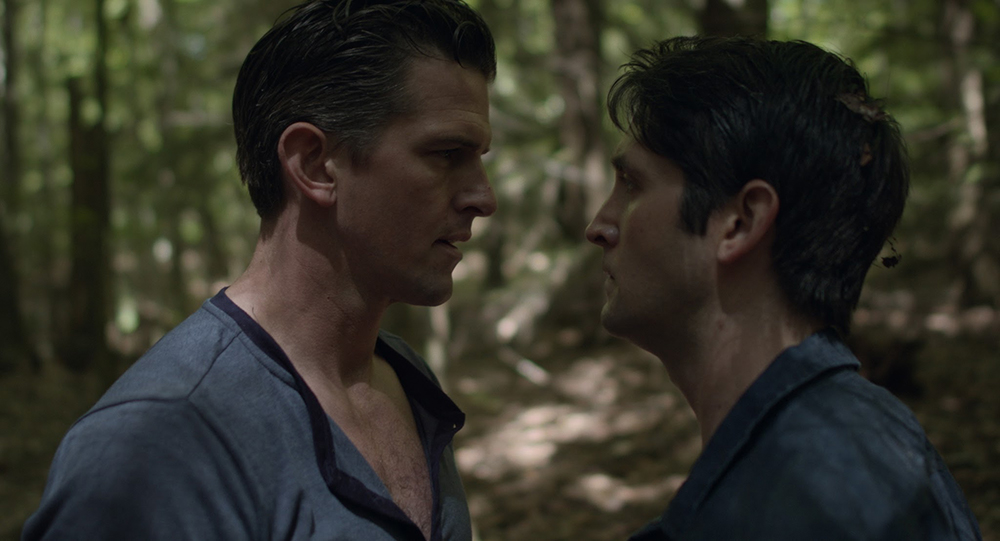 This exchange sets the tone for the central conflict of the film between the cocky, self-assured Andy who has never really had to work for anything in his life, and Jack, the idealistic, working man who has intelligence and talent, but limited means or opportunity.

Joining the weekend boys’ trip is another college pal, Donald ‘Moze’ Mosely (Steve Holm). We’re told he’s all grown up now with a new wife and kid. But he’s clearly using this little getaway to alleviate some of the pressure of being a responsible adult by drinking way too much, causing him to become belligerent. In a drunken state, he lashes out at Andy, and it becomes clear there’s plenty of latent hostility that typically remains hidden in the shadows.

Like Jack, Moze is jealous of Andy, the pretty boy who was born into money, who went to Dartmouth because of his connections rather than his brains, and who has always been lucky in business and love. Everything just seems to fall in Andy’s lap. That, combined with his inflated ego and complete lack of humility, makes him an easy person to dislike.

After Moze sobers up, he heads back home to his family, while Jack stays behind to spend more time with the increasingly insufferable Andy.

We learn Andy doesn’t really care about anything or anyone. 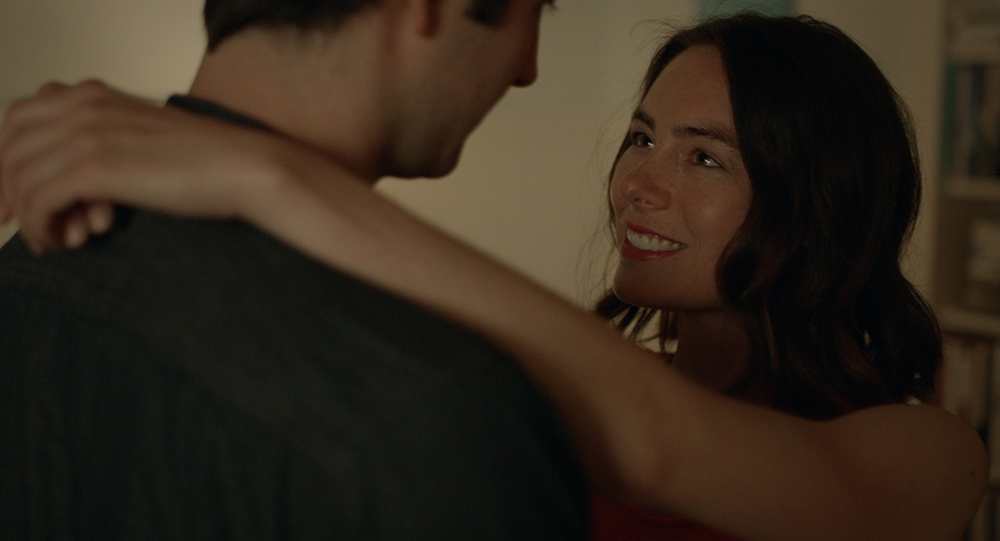 He regularly cheats on his wife. He screws over his business partners without an ounce of regret. Easily bored with life, he’s always seeking the next conquest.

As feelings of resentment grow and tension mounts, ugly truths come to light. And a war of words quickly escalates into a physical alteration that ends in tragic consequences. Soon, Andy finds himself in a very precarious situation, burying dark secrets and lying to the woman he loves. He’s living the life he always wanted, but it’s one he didn’t earn and knows he doesn’t deserve. And it’s clear that “having it all” can’t truly fix what’s broken.

Husband-and-wife filmmaking team Del Principe and Nikki Brown have crafted a tense and thrilling tale that effectively explores the ugly pursuit of the American dream, the struggle between the have and the have nots, and the consequences of greed and envy.

It’s not so much a horror film as it is a disturbing, dramatic look at human nature and the dark side of desire. 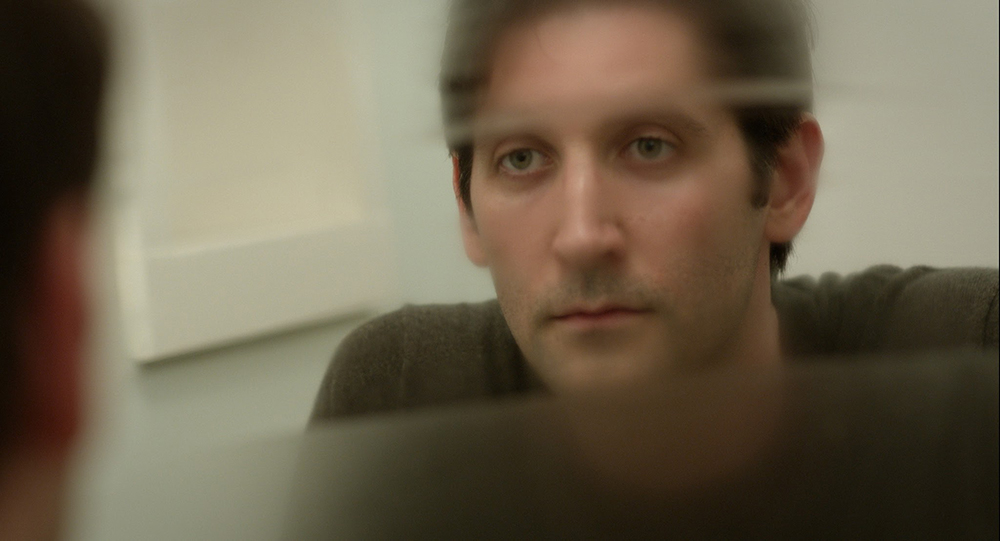 Set against the stunning backdrop of scenic Lake Michigan, Principe and Brown contrast the beauty and simplicity of unspoiled nature with the ugliness of humanity corrupted by selfishness, regret, and the impossible-to-satiate hunger for more. It’s a reminder that, while the lives of those we envy may look idyllic from the outside looking in, the shiny veneer is often a façade masking a much darker reality.

With compelling performances and strong direction, Up on the Glass will keep you on the edge of your seat, as the unbearable tension builds to a terrifying and unforgettable conclusion. It will make you think twice about the things you covet and the lengths you’d go to get everything you’ve ever wanted — only to discover contentment may not lie on the other side of aspiration.

Up on the Glass is now available via digital, on demand, and Blu-ray through Gravitas Ventures.