Despite looking great and boasting some impressive effects, no amount of magic can save “Voodoo” from its found-footage trappings. 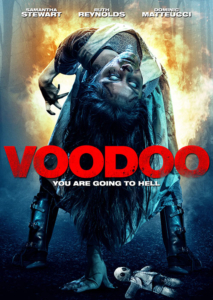 When production comes to the decision to make a found-footage style movie, it’s important that everyone involved commit fully to the style.  One of the worst outcomes for any found-footage film is an audience that begins to question the logic of what they see on the screen.

There are, basically, two things that need to be addressed in a found-footage movie: 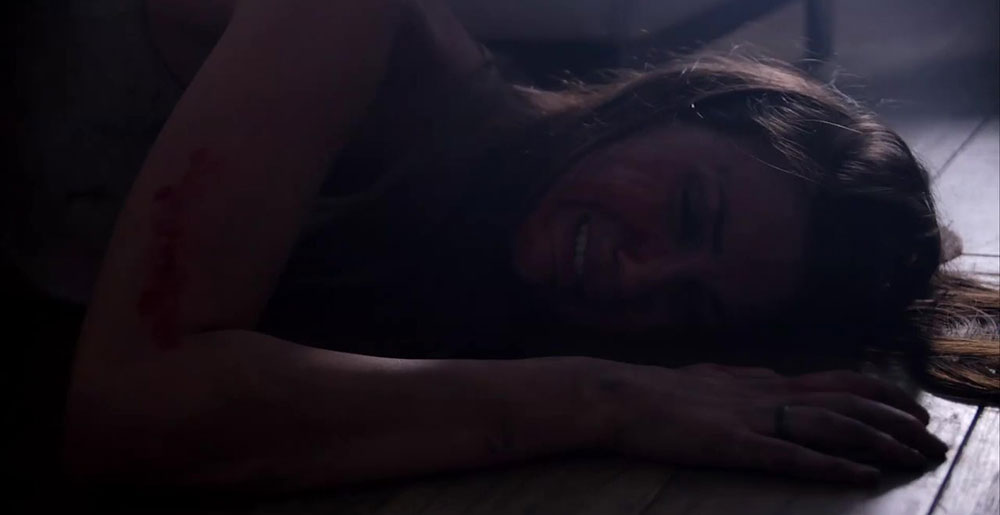 I’m going to go into some detail about the failure of the found-footage/first person POV style in this movie, and I will avoid spoiling any major plot points. But just in case anyone wants to remain unspoiled before watching VOODOO for themselves, consider this a spoiler warning.

In writer/director Tom Costabile’s VOODOO, New Orleans native Dani (Samantha Stewart) is on vacation in Los Angeles to visit and stay with her cousin Stacy (Ruth Reynolds).  As this is Dani’s first trip to L.A., she is recording everything on video.  I assume she’s using a camera phone, but we’re never shown what she’s using to record her trip.

As the trip progresses and Dani is shown the sites of L.A. by Stacy, she reveals that Dani is actually running away from some problems in New Orleans.  The man Dani was dating turned out to be married, and his wife is a voodoo priestess.  The wife starts to stalk Dani in New Orleans, so she decided to make a run for it to L.A., hoping things would cool off back home.  Dani soon finds, however, that she may not be safe from the wrath of the wife, no matter where she goes. 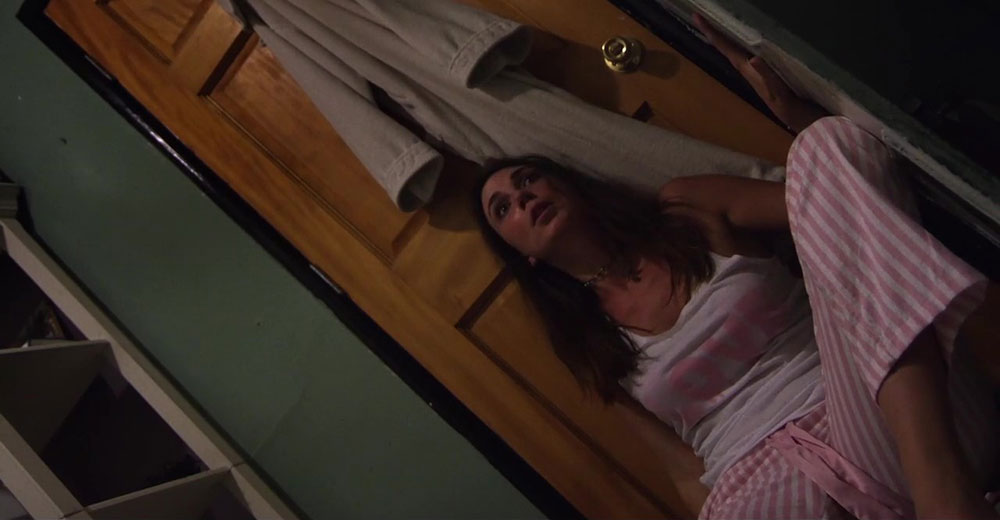 The first half of the movie is centered completely on Dani and Stacy’s relationship, and their vacation together.  The two actresses are asked to carry the first half of the movie, which is spent mostly building up the characters and story arc, with very few horror or supernatural moments.  Samantha Stewart and Ruth Reynolds are believable as close cousins/best friends, and their friendship carries the movie until VOODOO cuts loose with the horror.

I’d like, at this point, to go into some specific issues I had with the movie.

VOODOO starts out with an opening scene that I thought would payoff later in the movie, but seems unconnected to the story aside from the voodoo ritual it shows before the main title reveal.  In the opening, the scene opens up in a wooded area, a first person POV shot.   It’s a male character making his way through a wooded area.  He comes upon a playground with a mother and daughter, kills the mother, and takes the girl. 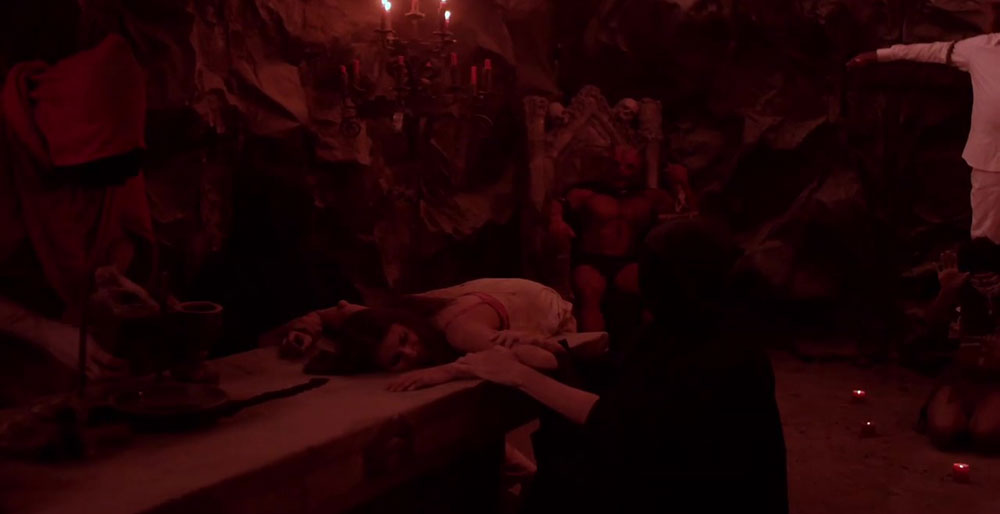 It’s all filmed from the man’s POV, so we have to assume he’s purposely filming this entire sequence.  The man drags the girl to a shed where a voodoo priestess awaits, and we watch a ceremony being performed on the body of the girl as the main title VOODOO is revealed.

There are a few problems with this scene.  It’s a strong visual scene, but some questions arise that keep coming up throughout the entire movie.

Are we to assume that the man is holding the camera during the ritual, or that he set up the camera on a tripod to record the ritual?  Is there a reason the ritual needed to be recorded?  These questions are never answered. 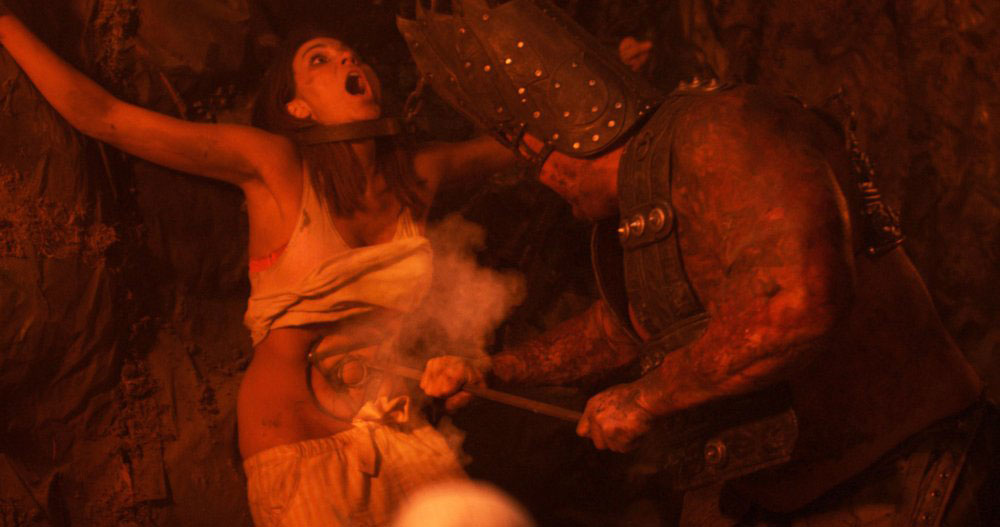 While the visuals in the scene are striking, and the ritual itself is graphic and unnerving, the question I kept having is “why?”

I thought that this would pay off down the line, but it did not.  At one point I thought the girl was a young Dani, but after rewatching the opening scene it is clearly not Dani’s mother, who is revealed later in the movie.

When it seems convenient to the scene, or inconvenient to the POV shooting, the dedication to the rules of POV shots goes out the window.  For example, in one scene Dani and Stacy are in a booth at the Rainbow Grill.  Stacy is holding the camera at about shoulder level with her right hand and pointed at Dani as Dani speaks.  Adult movie star Ron Jeremy appears and talks to Dani, and Stacy turns the camera POV to her own face to show her shock that Ron Jeremy is hitting on Dani. 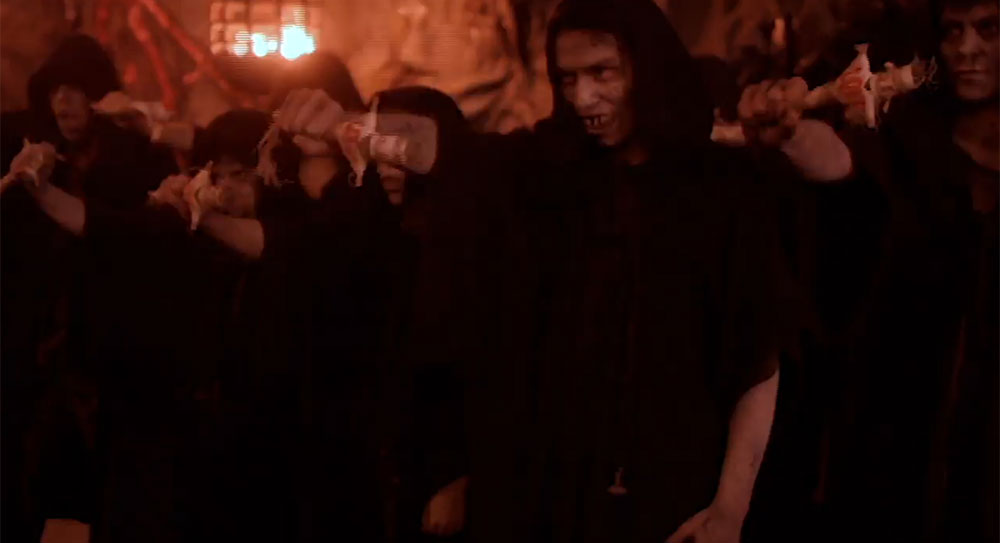 This seems like nitpicking, but in a found-footage style movie these are the small details that need to be addressed by the director.  If the audience is asking these questions, then the audience is taken out of the fantasy of the movie.

I stated earlier that one of the tenants, for lack of a better term, for found-footage style movies is to let the audience know why the recording is being made.  In VOODOO, Dani is making a video of her entire vacation.  Dani is also, apparently, making the video for her father to see because when she goes to bed she signs off with “goodnight Daddy.”

One of the obstacles facing found-footage is the question, “why doesn’t character ‘A’ put down the camera and run?” Sometimes it’s unavoidable and you have to stretch believability.  In the original PARANORMAL ACTIVITY, the movie ends with Katie screaming downstairs — her boyfriend Micah jumps out of bed, leaving the camera behind.  This is the first time in the movie Micah leaves the camera behind. But if he had taken the time to grab it, I believe the audience would have been pulled out of the tension of the scene because they are asking themselves, “why did you grab the camera?!”

Before that final scene, there were a few times where it stretched credibility that Micah would still be holding a camera or stopping to pick it up.  Not enough to take one out of the movie, but it was close.  The sequels would attempt to get around this filming obstacle by adding, for instance, home security cameras as a way to record events without having to explain why a character is holding a camera. 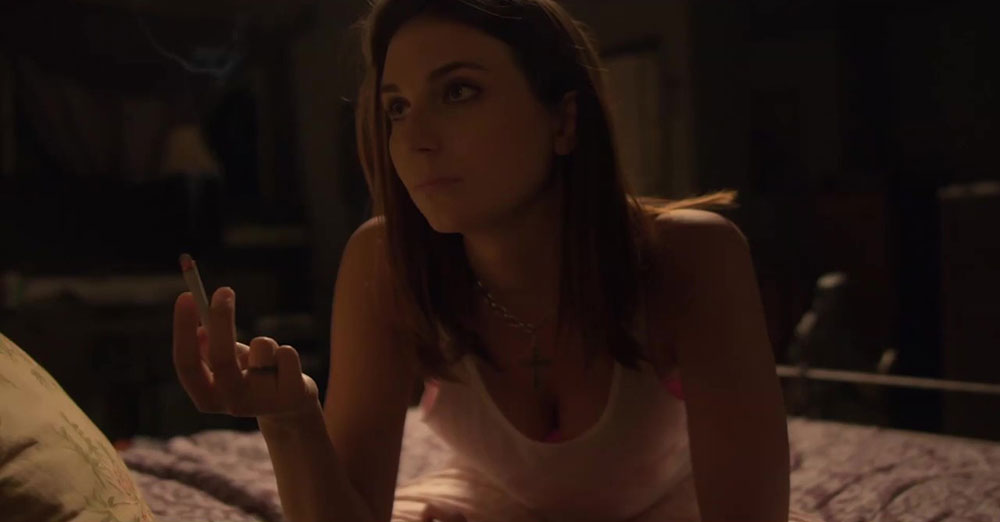 Dani films, literally, everything on her vacation.  If she intends on showing the clips to her father, then why is she filming herself smoking pot and making out with a guy she met at Stacy’s house?  It’s another point of contention, as I questioned why these acts were being filmed for her vacation video…that Dani was giving to her dad.

In a later scene, Dani and Stacy are laying on the beach tanning.  The camera is set up about 10 to 15 yards behind their heads, camera facing the ocean.  It perfectly frames the shot.  Who does this with a camera phone?

These are additional examples of a director not completely committing to the style of movie he’s shooting.

Another issue that continues to come up throughout the movie is when someone drops the camera it always falls perfectly, without any bouncing or causing any problem with the recorded image, i.e. static image, etc.  Coincidentally, the camera also falls in just the right way to perfectly frame the scene. 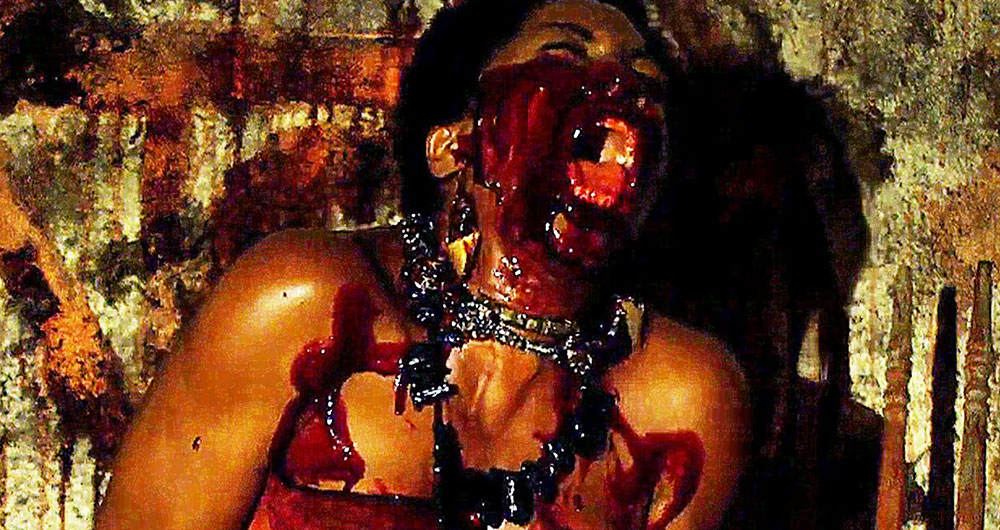 Most of my issues with VOODOO have to do with the lack of commitment to the found-footage / first person POV style of shooting.  There is a lot of talent in VOODOO.  The cast is great, especially the two leads.  The movie looks good, the special effects and makeup effects are outstanding.

VOODOO had potential to be a very good independent horror movie.  The second half of the movie goes absolutely bonkers in ways I don’t want to spoil.

It’s safe to say nothing was held back for Dani’s punishment by the wife of her lover.  There are instances where the last half of the movie plays like a 70s style Italian splatter-exploitation film.

Unfortunately, with the lack of commitment to the found-footage style, VOODOO falls flat.  The questionable use of the first person POV take the viewer out of the story, and are too glaring to overcome.  If VOODOO had been shot traditionally, it may have been considered one of the most shocking horror movies of 2017.