Dark and timely, “Where the Scary Things Are” is a smart exploration of lost youth in the internet age that lingers long after watching. 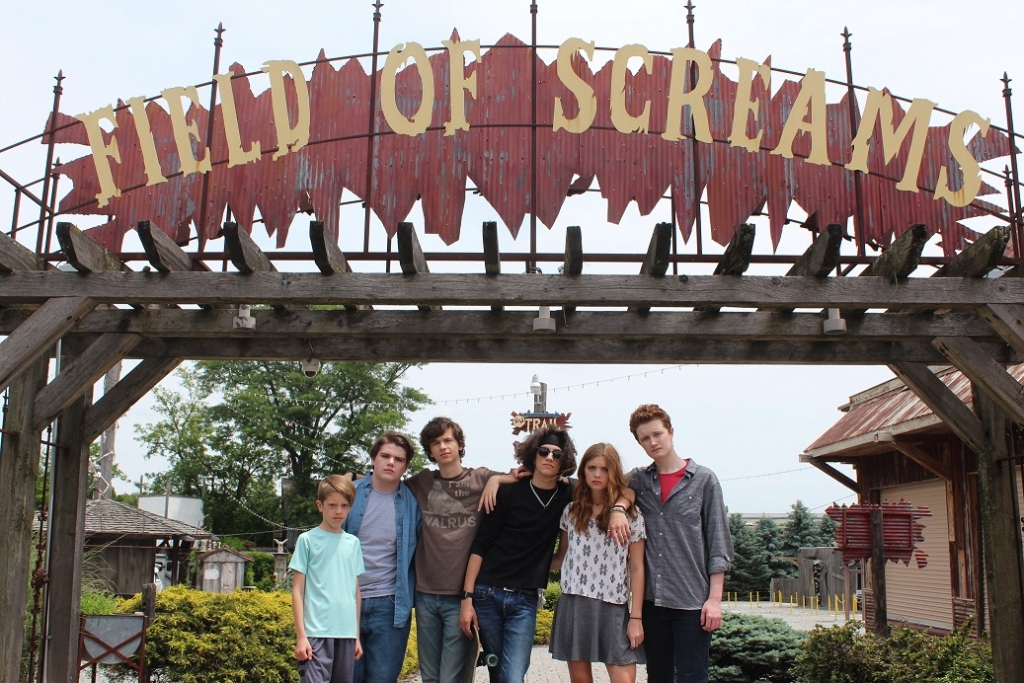 “I want to scare people,” says Ayla (Selena Flanscha), in a pivotal scene in Where the Scary Things Are, a new horror film that focuses on a group of teens who set out to create an urban legend.

Ayla and her friends are outsiders, a group of bored young teens who live primarily in the online world and hang out at a closed amusement park. This “I want to scare people” statement works as both a declaration of evil and a subconscious cry for help, two threads that weave a dark and timely tale about a lost generation of teens and the monsters they no longer keep in their closets, but rather harbor within themselves.

When their high school teacher Mr. Lewis, (an excellent Paul Cottman), assigns a “Make Your Own Urban Legend” project, the group of friends see this as a great opportunity to go viral online.

Max (Asher Ruppert) tends to believe the urban legends he reads online are true, a point he unsuccessfully tries to argue with his teacher. The youngest of the group, Bran (Quinn Andrew Fickes), is constantly trying to go viral on his YouTube channel, usually with videos involving ridiculous and degrading antics with the local bums who hang around the closed park where the kids hang out.

These kids are outcasts, and the online world is both their only lifeline to anything they deem worthy — as well as the only place they get a sense of their own self-worth.

Their parents may be well-intentioned, but they fail to make an effort to really connect with their own kids. A sequence early on shows the parents yelling at their kids with disappointment after they are all thrown out (again) from their closed amusement park hangout. Not once is a discussion had, and not once are the kids actually listened to.

Their parents have essentially given up on them, leading to a lack of empathy among the kids themselves. 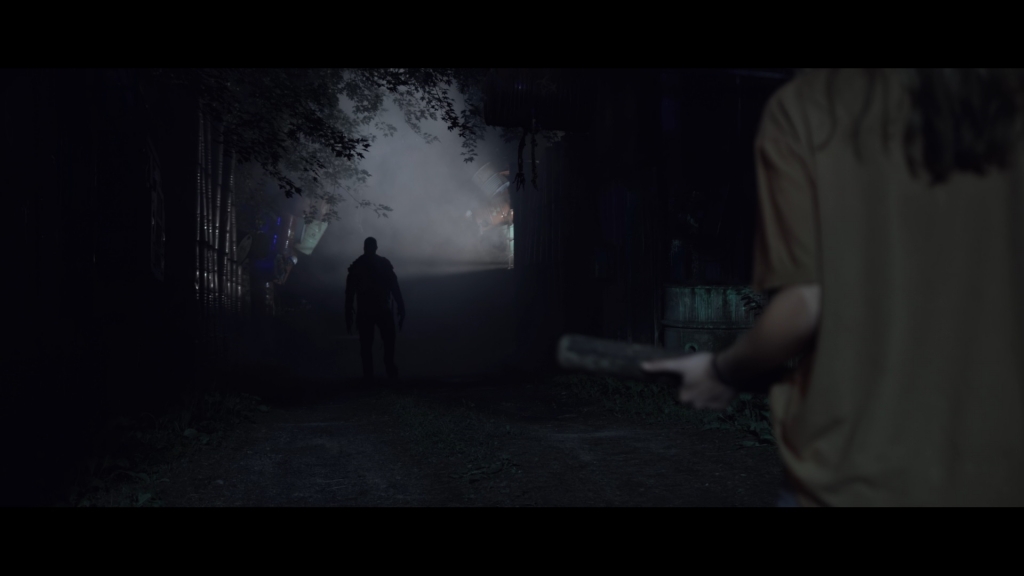 Instead, it offers small scenes here and there, deeming the viewer smart enough to get it, and we do. Davy Raphaely, an actor who always does solid work, is a standout in these scenes as Max’s dad.

When the kids start to plan their project, they come across a local urban legend known as Crocamole, a monster who supposedly killed a group of teenagers.

When one night in the amusement park the kids come across something they’ve never seen before, a creature of some kind, they act quickly to chain it up within one of the shelters in the park. They determine the creature to be the famed Crocamole, and the idea to exploit the monster in creating their own urban legend for the school project is too tempting to ignore.

Too tempting, as well, is the chance to go viral — that sought-after phenomenon that confirms acceptance, regardless of how fleeting it may be.

What follows is a smartly written exploration of how it takes more and more to elicit any kind of reaction from today’s youth, even if the consequences are deadly.

Where the Scary Things Are, with its group of teenage friends who ride bikes in the suburbs, will inevitably draw comparisons to IT and Stranger Things. 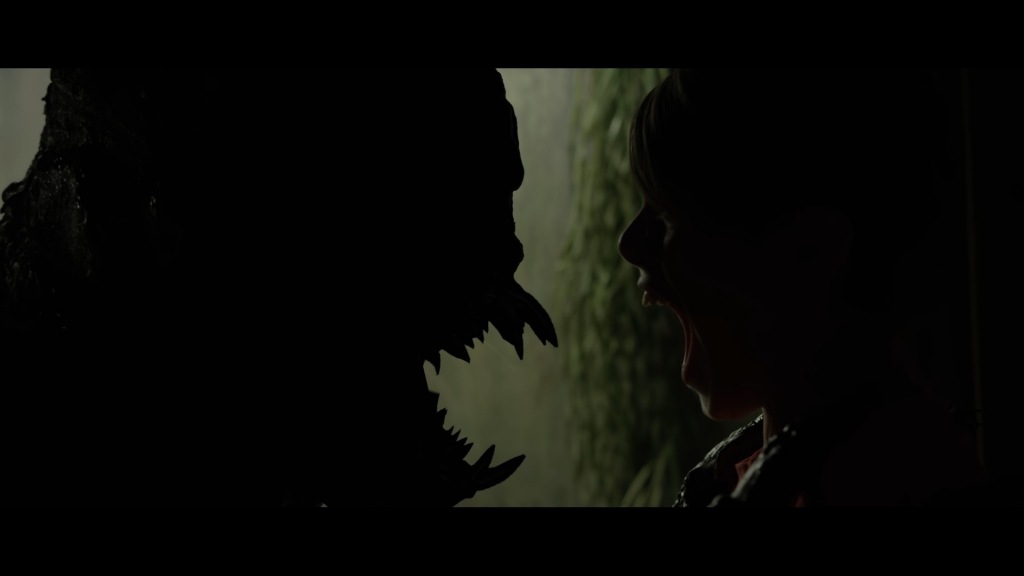 The comparisons are apt, but there’s one key difference that sets this film apart from other movies in the “kids on bikes” genre, a difference that makes it darker and more unsettling.

In previous films, the horror happens to the kids, such as an attack from an evil force such as Pennywise or The Upside Down. In Where the Scary Things Are, the horror comes from within the kids, and they willingly, excitedly even, unleash it on the world.

The kids essentially manifest this bloodthirsty creature, a fantastic practical monster that recalls the Creature From the Black Lagoon on crack, and then get off on it because they see it as a chance to “go viral”.

This flipped formula works, and the online attention the kids receive from their “assignment” video is the only attention that really resonates with them; they live and die by the likes and views on their videos or pics.

The one person who comments “FAKE” among all the positive comments on the creature video upsets and consumes Ayla so much that it sends her off the deep end.

It’s a really fascinating look at the youth of today and how aimless they are, how detached they are from empathy and feeling. Even when the kids first see the creature, they hardly react to it.

The cast of kids is excellent, specifically Selena Flanscha as Ayla, Asher Ruppert as Max, and Peter Cote as Snack. 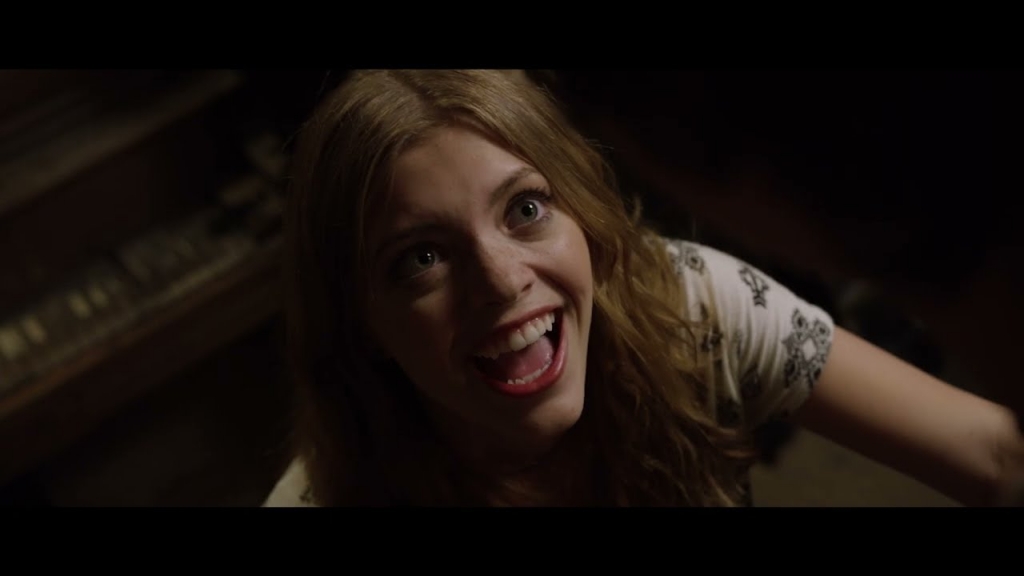 There’s a scene where Ayla is about to feed the monster a new victim, someone she’s always had resentment toward.

Flanscha is practically growling with her lips quivering as she tells the other person they are nothing alike, then her eyes ignite with malicious excitement as she says, “do it,” through a crazed Harley Quinn smile while the victim gets thrown toward the monster. What a moment for the young actress! It’ll give you goosebumps.

The film’s music from John Avarese isn’t a scary, bombastic, jump-scare-accommodating score. It’s often soft and subtle sounds that underline the last chances of hope the kids have and the tragedy of their lack of empathy and consuming lostness.

These themes are complemented by stellar camera work from cinematographer Matt Nease, who uses smooth movements to follow the kids. These smooth movements with the camera demonstrate how easy it is for the kids to get into situations they can’t turn back from.

Where the Scary Things Are is a brilliant exploration of what happens when kids grow up behind a screen and manifest growing, unnamable anger and stop seeing other people as human beings.

The subtext of the film grows organically as the outcast “kids on bikes” (and the new “kids on phones”) setup weaves seamlessly with the monster movie that happens to them, and Where the Scary Things Are is one of the most compelling and frightening films of the year.