Living up to its name, “Super Dark Times” is a dark and disturbing coming-of age nightmare with intense atmosphere…and one of 2017’s best films. 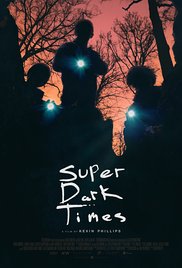 When a film is recommended to me by so many people, I have to check it out. Super Dark Times from director Kevin Phillips is one of those films, and it’s an absolute gem of an indie horror yarn.

A bleak atmosphere permeates the whole narrative from the very opening shots, and the direction is incredibly powerful with a choice of shots that make it feel all too real.

When Zach (Owen Campbell in a muted, yet powerful performance) and his friend Josh (Charlie Tahan) flick through their school yearbook near the beginning of the film, the dialogue and chemistry immediately hit a nerve.

While Super Dark Times is set in the not-too-distant past, it’s more authentic than most scripted works, regardless of their budget.

As they decide which of the girls in their school they’d most like to sleep with, the characters strike an unnerving chord of reality – and this is further enforced when they go to meet Daryl (Max Talisman), an overweight, obnoxious boy on the periphery of what is deemed “cool society”. While Zach harbors an affection for Daryl, whom he’s known for years, the altogether more moody Josh regards him to be both a burden and annoyance.

Daryl introduces them to a friend of his from another school, Charlie (Sawyer Barth), and the foursome hang out and act like young teenagers in the eerily bland town where they live.

Of course, their preferred mode of transport is their bikes, and as we’ve seen with recent throwback hits like Stranger Things. There’s a nostalgia amongst the viewing habits of horror/thriller fans at the moment, which taps into our desires to relive our mis-spent youth.

There’s an element of jealousy between Zach and Josh, however, which threatens to upset the balance of their friendship – and this comes in the form of Allison (Elizabeth Cappuccino). While both boys are sweet on her, she only has eyes for Zach – and in an attempt to divert her attention, Josh’s behavior becomes increasingly more intense.

Although the jealousy is unspoken between the boys until late in the film, we always sense it’s presence, penetrating their emotions and actions, and it’s Josh who begins to act differently, seemingly aware that he’s on the back foot with regard to Allison’s affections.

During a relatively routine hang out, Josh shows the other three boys the basement bedroom of his older brother who’s left home to join the navy. While there, Daryl discovers a sizable amount of marijuana and is desperate to try it. Josh is highly reluctant to let him. He diverts his attention by showing them a large sword and suggests they go outside and use it to cut up some milk cartons. 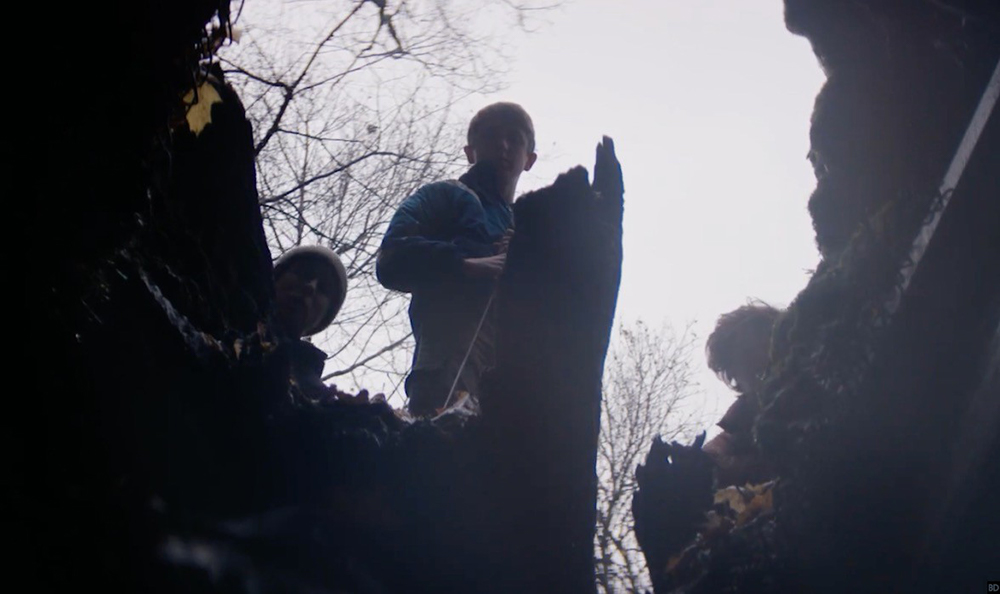 Cue some nice slow-mo shots of the “boys being boys”. But their juvenile fun is cut short when Daryl produces the marijuana, which he’s sneaked out of Josh’s house. He proceeds to smoke some, and Josh is furious with him. There’s a kerfuffle between the two, and then a tragic accident occurs. Without giving too much away, the boys then make a disastrously misconceived decision which threatens to destroy their lives.

As Super Dark Times progresses, the boys’ lives spiral out of control in a descent of paranoia, which draws the audience in and forces us to choose sides — and not without good reason.

While our initial empathy for the boys dissipates due to their mis-calculated decision making (which is believable, and therefore a pleasant change for characters in a horror film), a side is revealed to one of the characters which entirely turns us against him, and the heart pounding conclusion of the film leaves our nerves shredded, desperate for the outcome our protagonist deserves.

The strength of this movie shouldn’t be underestimated in my opinion. 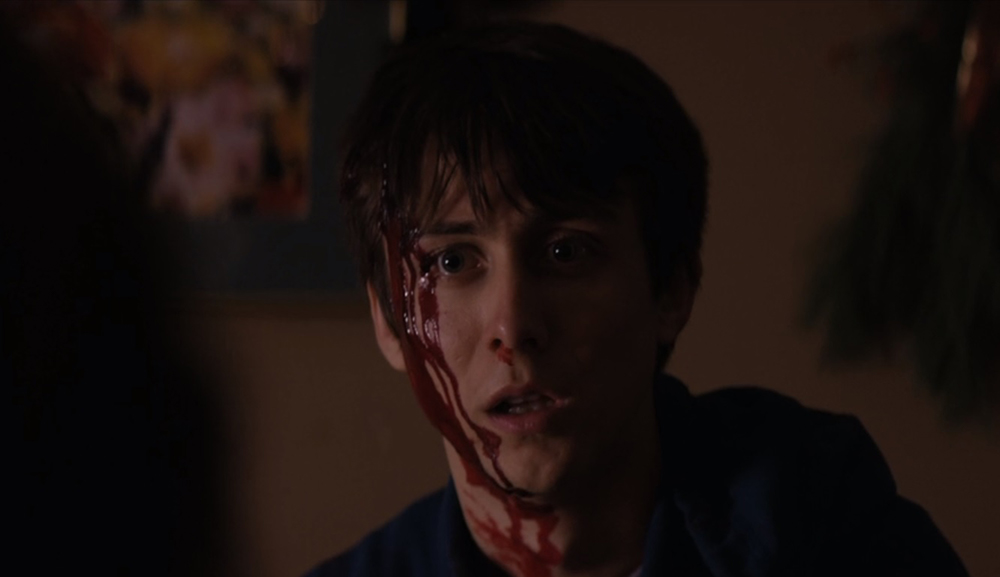 Comparisons with the cult classic “Donnie Darko” are well founded (the film also bought to mind “Stand By Me”), and the writing and direction are both superb. Realistic to a fault and brooding to a point, the performances (while not  faultless) offer enough to the narrative as a whole to allow the story to flourish first and foremost.

The tone of the film, both emotionally and aesthetically, works perfectly. And the world we’re invited to view through a window of nostalgia will leave you with chills…making you question what you would do in the same situation at the same age as the characters. If you’re a fan of thoughtful and undiscovered indie horror flicks, I would urge you to check this one out.

Although not what I would describe as a scary film, Super Dark Times definitely has an undercurrent of unpleasantness which will ensure you keep thinking about it for some time after viewing.