A fan’s look at a few of Pink Floyd’s most iconic live performances restored and remastered for Blu-ray release by Sony Pictures. 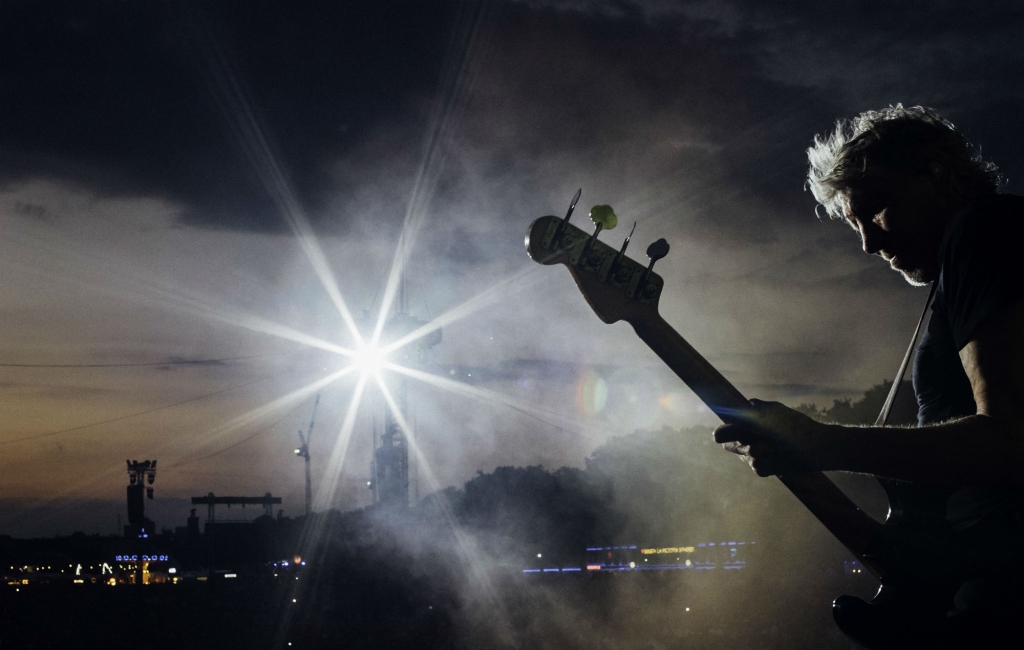 Is there any other band with such a storied history and diverse catalog of sounds quite like Pink Floyd? Even with as much music as I consume on any given day, I would be hard-pressed to think of one. Maybe Fleetwood Mac? But even they would be a stretch.

From psychedelic experimentalists to progressive underdogs to unexpected stadium rockers, and from a band united to splits, quits, and firings, Pink Floyd has certainly checked all of the available “big band” boxes.

My love of Floyd can be traced back to my formative teenage years. While most of the kids in our very suburban town were all about country and gangsta rap (yeah, it was California in the 90s, go figure), little introverted me was looking for music that was not in heavy radio or MTV rotation. So while my peers were jamming to Ice Cube and Garth Brooks, my 17 year-old self was discovering industrial and classic rock.

Led Zeppelin came first, followed by AC/DC and The Doors. I even jammed out to Creedence Clearwater Revival and Queen. And then, quite unceremoniously, I landed upon Pink Floyd.

At first I was mildly entertained. Dark Side of the Moon was moody and trippy. Wish You Were Here was epic and inciting. A Momentary Lapse of Reason was experimental and mature. Animals was…well, it was legitimately beyond my teenage faculties to really get into.

I liked the albums, but I didn’t love them.

All that changed, however, when I discovered The Wall. That Pink Floyd magnum-opus. That wonderful rock album that is also a scathing deconstruction of rock albums and the egos that create them. A fire, as they say, was lit.

To say that I became a Pink Floyd super-fan from that moment on would be an understatement. 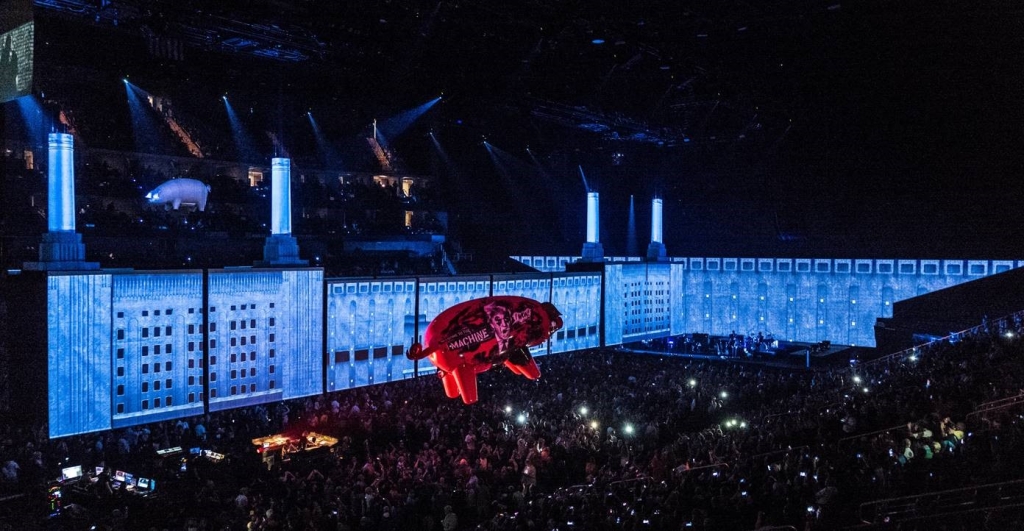 I was wearing the clothing. I was buying the boxed sets. I was learning the bass parts to many of their songs. I was desperately waiting for the release of The Division Bell. I begged my mom for surround sound speakers (not Bose, but some knockoff brand from Costco that still sounded fantastic) to really get into the music.

Hell, I even bought the 24k gold-plated CDs (remember those!?) of Dark Side, Meddle, and The Wall, ostensibly because they “sounded better”.

For many years, there wasn’t a week that went by where at least a little Pink Floyd wasn’t being played in my house/car/headphones. I still listen to them with regularity, especially now that I have the benefit of knowledge regarding each of the stages/phases of the band (and can appreciate those phases for what they were).

But one of the biggest letdowns in my life is the fact that I never got to see them live.

By the time The Division Bell came out, Pink Floyd were rarely touring, and I certainly wouldn’t have been able to afford a ticket even if they had visited the Sacramento area.

The closest I will ever get are the various concert movies that they have released over the years. I couldn’t have afforded a ticket back in the day, but adult me has stocked my living room with a ginormous TV and killer surround sound. It’s not the true live experience, but as Roger Waters would say, it’s a “quite clever forgery”.

Plus I don’t have to deal with asshats raising their cellphones in front of my face during the whole experience, taking shitty videos that they’ll never watch. That’s a pretty solid win.

For this review, we will be focusing on the following films: 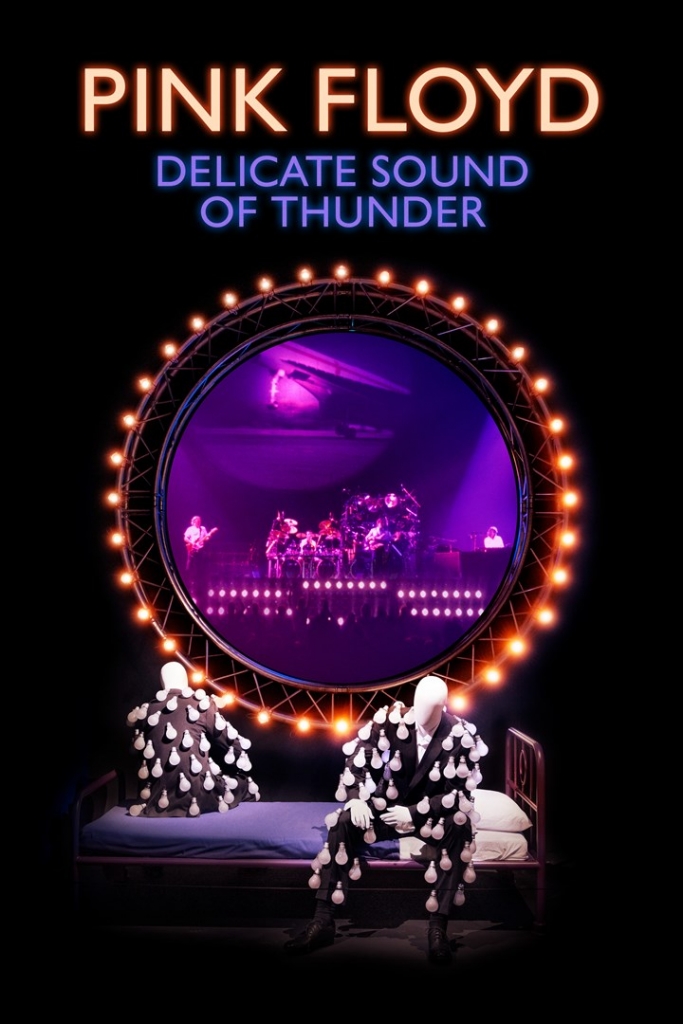 Additional percussion is added to give the songs more flair, and because PF was always a bass-driven band, the bass guitar is very prominent. Of course, Floyd was almost always technologically ahead of their time during their most prolific years, so one would expect no less than a truly immersive and engaging experience.

Each of those elements are evident in most of the concert films listed above. Nick Mason’s Saucerful of Secrets, however, is the odd man out, eschewing much of the “modern” Floyd concert experience for a nostalgic, and psychedelic, trip down memory lane.

Out of the four films, Delicate Sound of Thunder and Us + Them are the standouts. 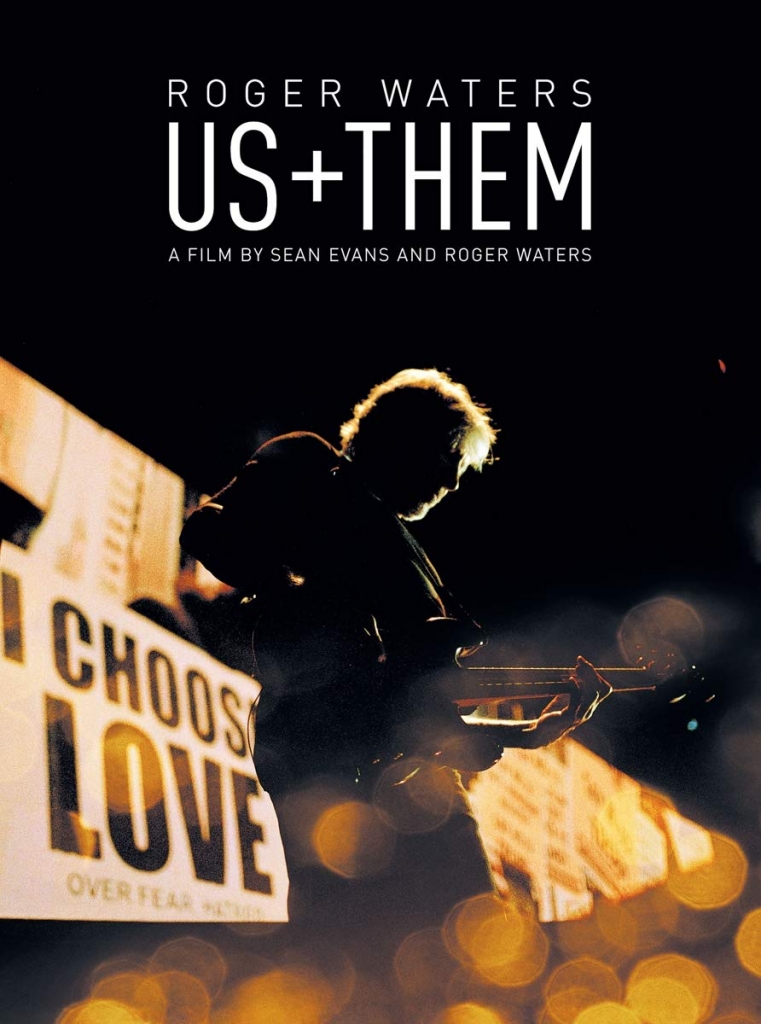 The remastering of the 1988 Delicate concert does wonders for both audio and visual, resulting in a truly sumptuous experience. This was pre-Division Bell Pink Floyd, so outside of songs from A Momentary Lapse of Reason, the rest of the playlist is comprised of older classics. Learning to Fly, Wish You Were Here, Comfortably Numb, and Run Like Hell are standouts, though each song played is given additional treatment for a live audience.

The female singers are all incredible, and Guy Pratt absolutely kills it on bass. And that sax player…he’s just something else, going all in. Like the whole concert was just for him.

Roger Waters pulls out all the stops for Us + Them, using nearly every trick in the book to create one hell of a musical experience. Multiple screens, a roster of amazing musicians, a flying pig, and more are thrown into the mix. It’s basically what you’d expect from one of the most iconic front-men in rock.

Waters mixes some of his own tracks from his newest album, alongside Floyd classics. Welcome to the Machine, Déjà Vu, Wish You Were Here, and Another Brick in the Wall really pop. My only gripe is Jonathan Wilson, who sings roughly half of the songs as a stand-in for Waters. He’s a hell of a guitar player, and quite a good singer, but his voice just doesn’t blend well with the Floyd/Waters sound.

It’s also sometimes easy to forget that Roger Waters is also a very talented musician. And the dude still has stage presence to spare.

Though it was filmed more recently, Pulse is less stellar.