The Irish horror film “Red Room” isn’t perfect, but the dark and deeply disturbing look at human depravity and desire is chilling enough to make an impact.

Red Room, an Irish horror flick released in 2017, is a horrifying depiction of the snuff industry circulating the dark web. The subject matter is realistic enough throughout the film that you’ll be appalled by how treacherous humans can be. Each scene brings a new level of immorality that will draw you into the wicked world Stephen Gaffney has brought to life.

Gaffney is a fresh face in Irish film, who not only directed this film, but also co-wrote and co-produced it. Red Room is his third full length film, and while some of its themes are things we’ve all seen before, the film’s attention to detail makes it well worth a watch.

The film opens with a young mother, Kyra (Amy Kelly), exiting a bar late at night. She spots a phone ringing in the parking lot, goes to answer it, and is promptly snatched by men in a white van. From there, we are thrown into a terrifyingly realistic kidnapping situation. The film is fast-paced, making it impossible to lose interest throughout the entire hour and a half.

Kyra is joined by outspoken realist, Lilly (Sohaila Lindheim), and the innocent Allison (Saoirse Doyle). The three women alternate between brainstorming escape plans and falling into hopelessness throughout their time in the “waiting room.” The reveal of what exactly they’re waiting for is highly anticipated and ultimately shocking.

The character dynamics were enough to carry the film through the first half hour, which had little action and relied almost entirely on anticipation. Their captors laid out the rules immediately, which gave the viewer a clear idea of what to expect, while simultaneously leaving enough questions to keep us engaged in the plot. From there, the attention to detail blew me away.

Gaffney has an eye for gore and excels at adding exactly the right amount. Some of the more chilling details were ripping nails out of one of the girls’ kneecaps and the breaking of fingernails as a girl desperately clawed at the floor. In addition to this, the strategic cutaways during the gory scenes gave the film an artistic quality I truly appreciated.

I found the transitions to be lacking, as they asked more questions than they answered and added very little to the film. At seemingly random times, it cuts to men sitting on their computers and staring at their screens in different areas around the world. These men become integral to the plot later on, but could easily have been introduced differently. 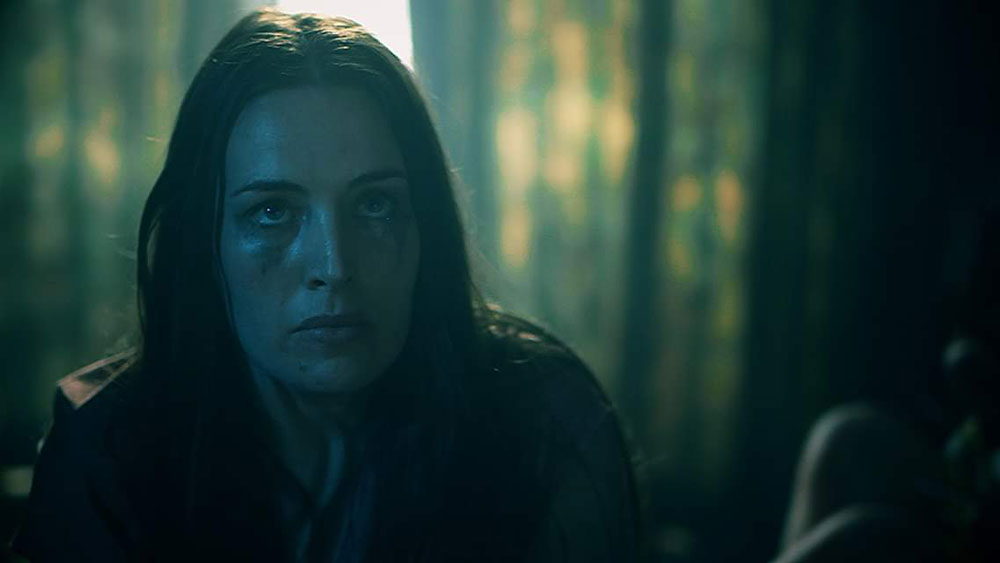 Not only did the transitions leave something to be desired, but so did the integration of music. The film score itself was wonderful, and I found the song choices added to the film beautifully. However, the music abruptly began and ended lasting only seconds each time. These sloppy transitions gave the film a sophomoric quality emphasized by poor plot devices.

For example, the window in the waiting room. The captors could have boarded up this window rather than warning the girls not to go near it. The fact that they left the window accessible allowed for misguided escape attempts obviously meant to further the plot. Oversights such as this one took me out of the film and had me questioning Gaffney’s expertise.

All of this is forgivable, except the ending itself left something to be desired. After setting the scene and taking us on an emotional roller-coaster, Red Room’s conclusion is almost unwatchable. Loose ends are hastily tied together in what should have been a thrilling conclusion.

That being said, the commentary on the dark side of human desire versus socially acceptable human behavior was evident throughout the film.

Watching a father go from bidding on the death of young women to interacting in mundane ways with his wife is so alarming it might make you ill. Sexual desire and torture are closely linked for many of the characters we’re introduced to. This dissonance alone makes RED ROOM a memorable watch. Perhaps not a film you’d like to see twice, it is a film worth sitting through once — and easily Stephen Gaffney’s best work to date.