An underrated feminist horror film, “Let’s Scare Jessica to Death” is an eerie and chilling exploration of mental illness mixed with the supernatural. 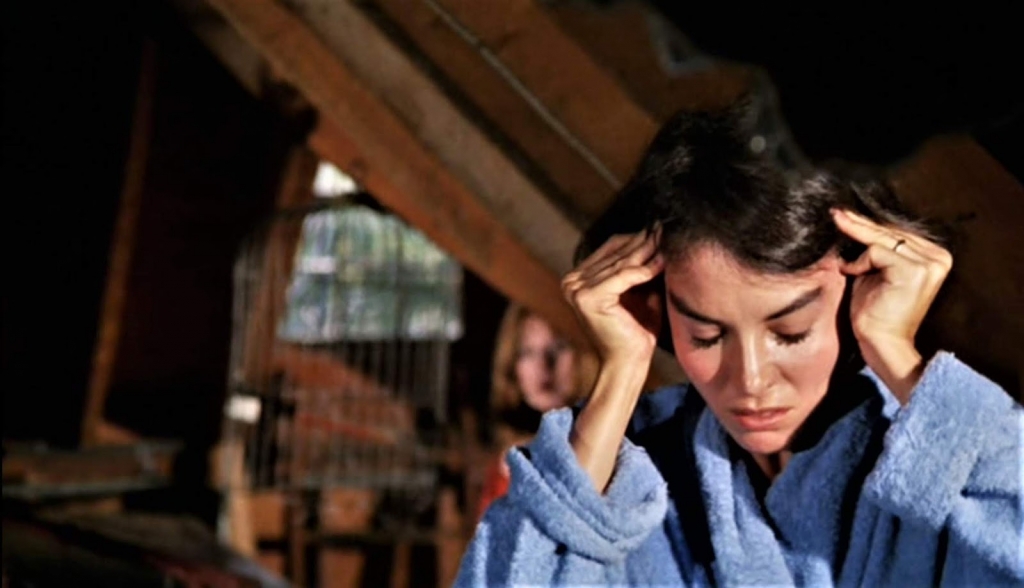 The first time I saw Let’s Scare Jessica to Death was on one of those remote cable channels you’re not sure the provider even knows about, in the grim hours of night when commercials alternate between class-action suits for poorly implanted surgical mesh and lonely coeds in dire need of conversation. It’s always a roll of the dice in that twilight jungle. Sometimes you stay up for hours only to waste a hard-earned sangria buzz on the Police Academy sequel where they win the Cold War. Other nights you crap out and fall asleep five minutes into The Deadly Spawn.

But once in a while, when the stars align and the couch is just uncomfortable enough to encourage consciousness, you catch Let’s Scare Jessica to Death.

Full disclosure: I did think I fell asleep at first. It starts at the end and, even in the most cohesive of scenes, treats objective reality as a friendly suggestion. If Texas Chain Saw Massacre still earns admirers for its budget-nudged documentary grit, Let’s Scare Jessica to Death deserves similar credit for playing like the sunburned 16-millimeter memories of a vacation only half remembered. 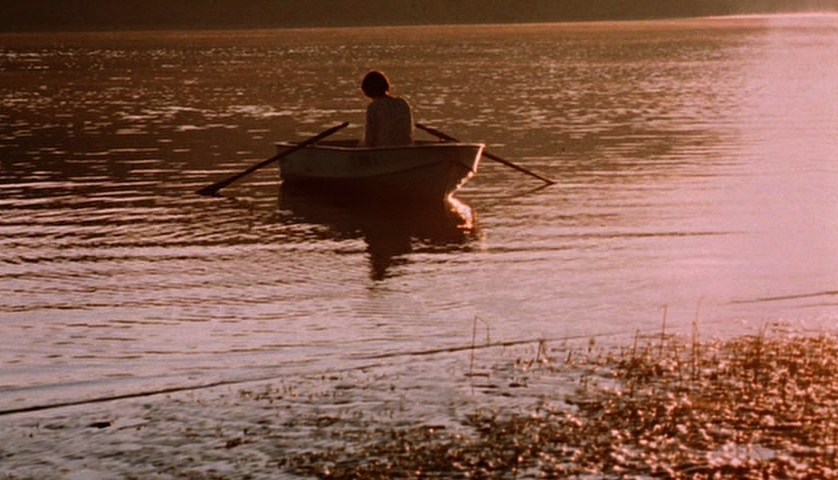 Something is wrong with Jessica. We never find out what, exactly. Passing mention is made to her father’s death. But one way or another she ended up in a New York City mental hospital and now, freshly rehabilitated, she’s moving to the remote Connecticut countryside with her husband, Duncan.

Also in tow is friend and rejected Doobie Brother, Woody, a hippy ambassador for ‘Getting Away From It All, Man’. But if you were under the impression this trip would lift their respective spirits, Duncan and Jessica’s daily driver is a jet-black Cadillac hearse and the ferry to their new island home is piloted by an elderly boatman as bony as he is off-putting. 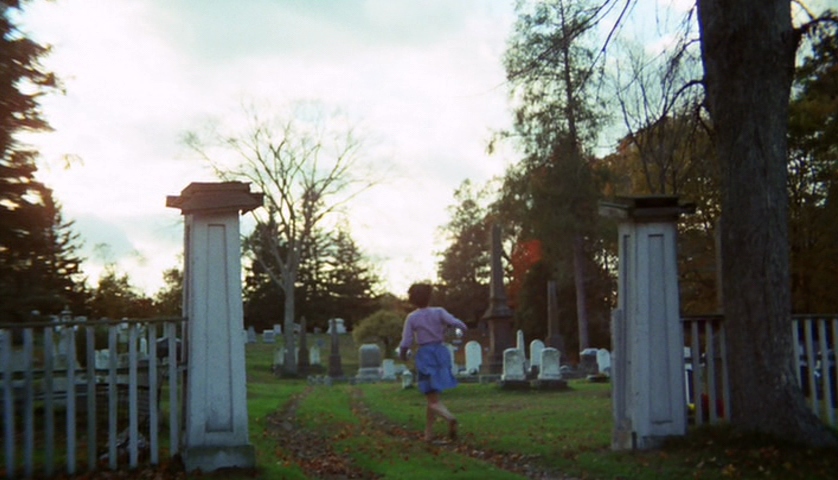 So when our recovering heroine stops by the local cemetery to capture the winged-skull angels of colonial headstones in rubbed charcoal and spots a silent ghost woman watching her, it’s about par for the course. But then we hear her thoughts and it all hurts: “Don’t tell them; act normal.”

Eventually, the scene comes. You know the one. It was right there! I saw it! I swear! Then hollow relief in concerned hugs and unconvinced shrugs. But never without the aching tragedy of Jessica’s all-too-lucid paranoia. “Don’t tell them; they won’t believe you.” Even as the hallucinations compound in frequency and relative spookiness — early on, a stranger on a rocking chair; later, a mangled body slathered liberally in ‘70s DayGlo blood — Jessica bites her tongue. 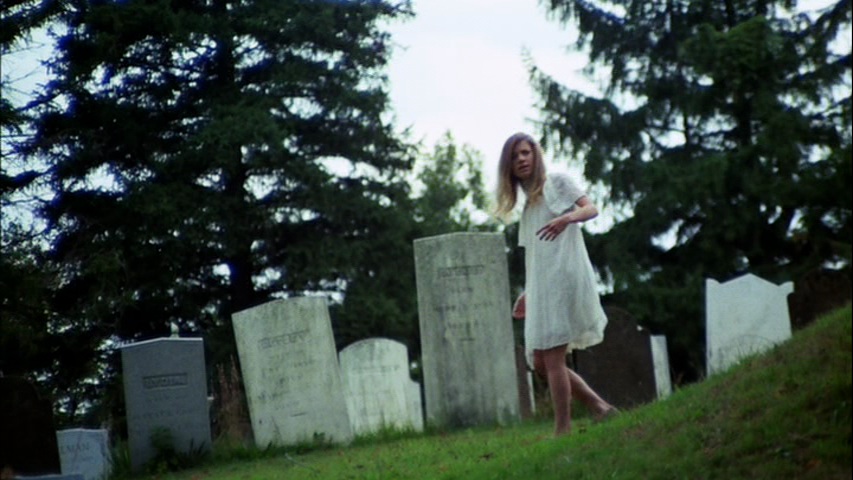 When she does tell her husband, Duncan fades away behind his eyes. She thinks what she already knows and it may be the most heartbreaking thought of all: “He thinks I’m getting sick again.” Laying in bed, staring at the ceiling, he suggests she go back to New York and see her doctor. It doesn’t sound like compassion so much as a personal favor. After all, the sexy flower-child squatter that mysteriously came with the house isn’t such a handful.

Let’s Scare Jessica to Death has aged gracefully for a number of reasons, but none more than its open-wound exploration of mental illness.

The script — originally written by Lee Kalcheim as a comedy called “It Drinks Hippy Blood” before accomplished stage director and first-time film director John D. Hancock overhauled it — wisely avoids the Psycho epilogue; nobody stops the supernatural goings-on to explain exactly what’s going on in Jessica’s brain. All we know is what we see through her fragile lens. 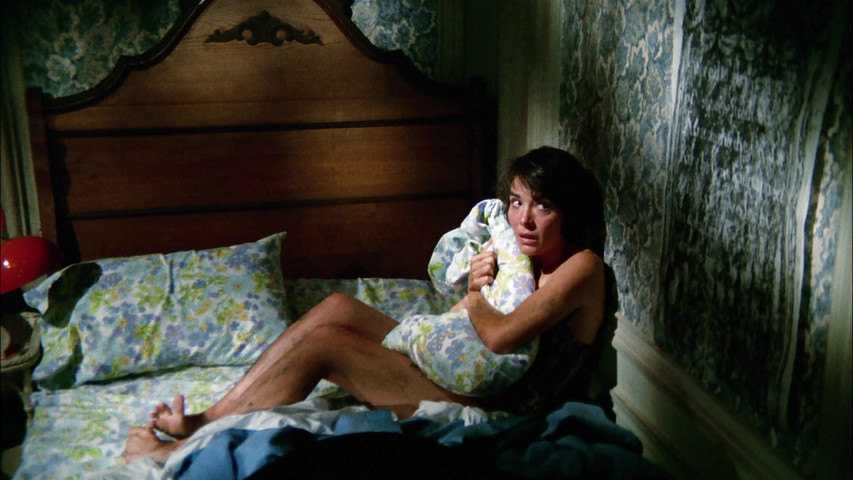 When the trio, along with the seductive Abigail, hold a séance in their new house, Jessica hears voices as clear as a whispered request to pass the salt. So do we. When she walks away from it clearly affected, she blunts its worrying sting and mentions it to her husband like a joke. No supernatural force from the great beyond is scarier than the possibility of scaring off the ones you love with your anxiety, your depression, your hallucinations, the broken pieces you spend so much desperate effort holding together.

Those screws only tighten as Jessica spirals into an unwinnable nightmare. She can hide her paranoia, but the people she cares about still turns away. As the paranoia proves less and less unfounded, she must tell them, but doing that would only give them a reason to leave. A very specific and very familiar worst fear realized.

All of it made possible and sorely human by Zohra Lampert’s flawless tightrope turn as Jessica. 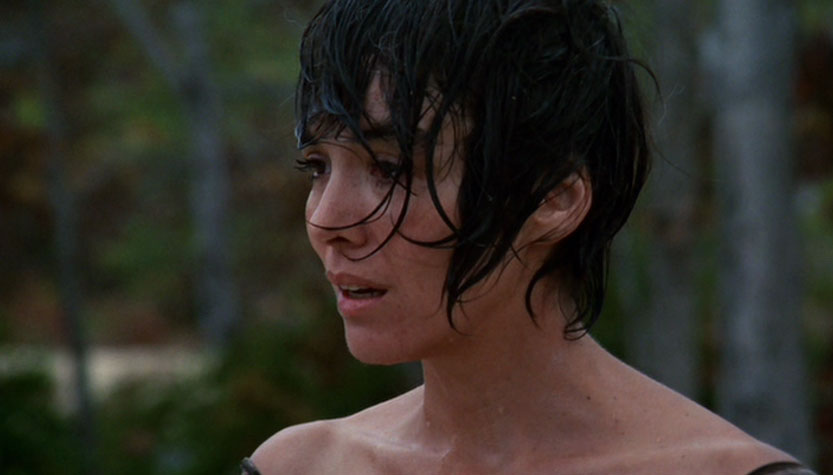 That most insidious of empty adjectives — crazy — is as much an excuse for lazy characters as lazy performances, but she never trips over it. At her happiest, we can see the almost invisible hints of her trying to stay that way. Sad eyes betrayed in a smiling life mask. At her bleakest, she’s broken glass falling out of a shattered window frame — most at once, but with the last precious pieces slipping in time. When all that’s left is that empty frame and the world on the other side, how is it different than the same view through glass?

Jessica opens and closes the movie with the same question: “Madness or sanity. I don’t know which is which.” 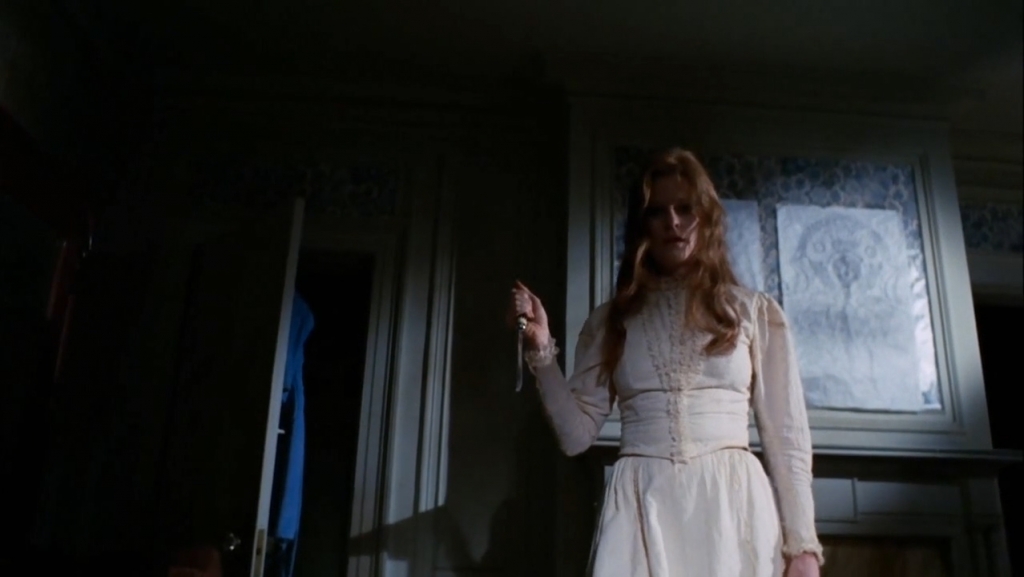 I got lucky finding Jessica the way I did. It’s not the kind of old horror movie that has a beat you can drink to. Let’s Scare Jessica to Death is ninety minutes of raw, unrelenting mood. Sure, there are a few jolts. One in particular still discourages me from staring too long beneath the surface of any given lake. But you’d be hard-pressed to find a more effective, more evocative slow burn in horror.

Frankly, I thought I’d be hard-pressed to find it again. I’ve bothered too many video store employees for a movie that their computer tells me may never have existed in the first place. 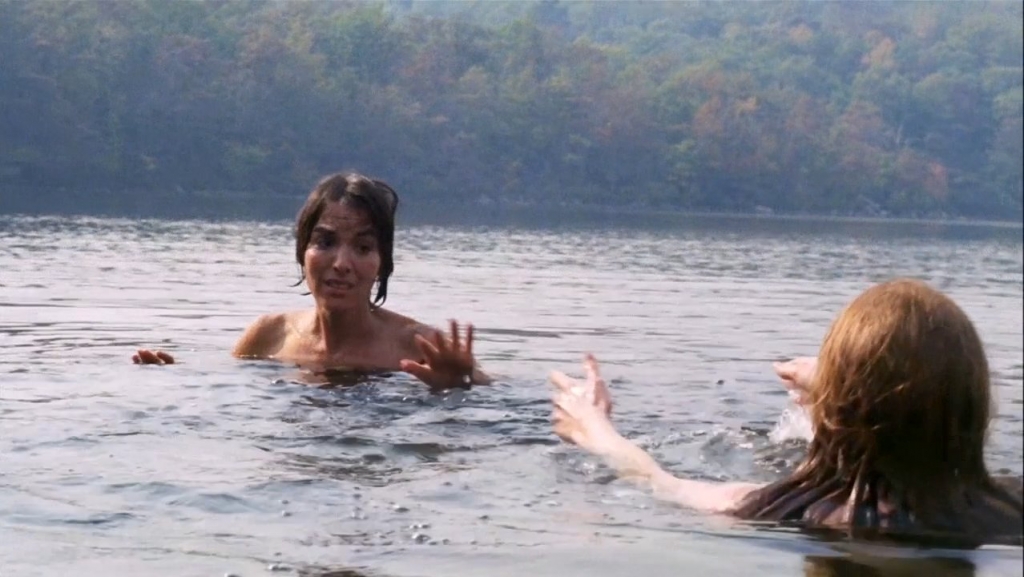 But imagine my surprise when I found myself hunkered down in that same bleak hour, as night and morning blurred into the restless Late, several years and cable packages removed, and opened Shudder to see Let’s Scare Jessica to Death ready to stream. I watched it immediately and, as Orville Stoeber’s lilting strings and anxious synth carried me way, I couldn’t help but smile.

Shudder is where a movie like this belongs, lying in wait, to draw in the curious, the unaware, and leave them with a bone-deep dread they won’t expect and can’t shake off.