The Three Scariest Movies of All Time

In my personal opinion, the three scariest movies of all time are “Jaws”, “Halloween”, and “The Strangers”…for three very important reasons.

The title of scariest movies of all-time belongs to Jaws, Halloween, and The Strangers. This criticism/judgment/decision is not made lightly. After seeing literally hundreds of horror flicks, they are three that should strike the most fear. I understand people will have very opinionated and/or passionate reasons for either agreeing or disputing this claim.

Let’s see if I can defend my decision based on the ability of the killer(s) to come and go at will, how much of an unstoppable force the killer is, and the realism of the fear created.

1. The Ability of the Killer(s) to Come and Go at Will 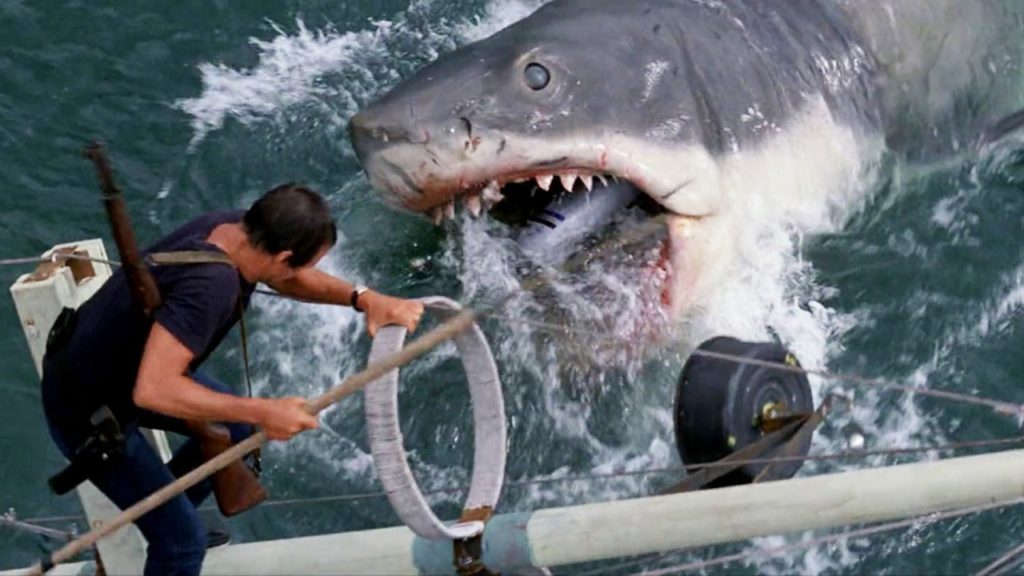 Jaws: The ability to come and go without being seen becomes apparent when all the fisherman go out to catch the shark, but only Quint is able to locate him. When Richard Dreyfuss’s character (Matt Hooper) goes down into the cage, the shark is nowhere to be found — even though it had been tormenting the boat. Then suddenly it attacks with enough force to break apart a steel cage.

After the boat is destroyed, cage broken, and Quint consumed, the shark decides to come back to finish Brody off. It could have just swam off, but decided it had unfinished business with Chief Brody. 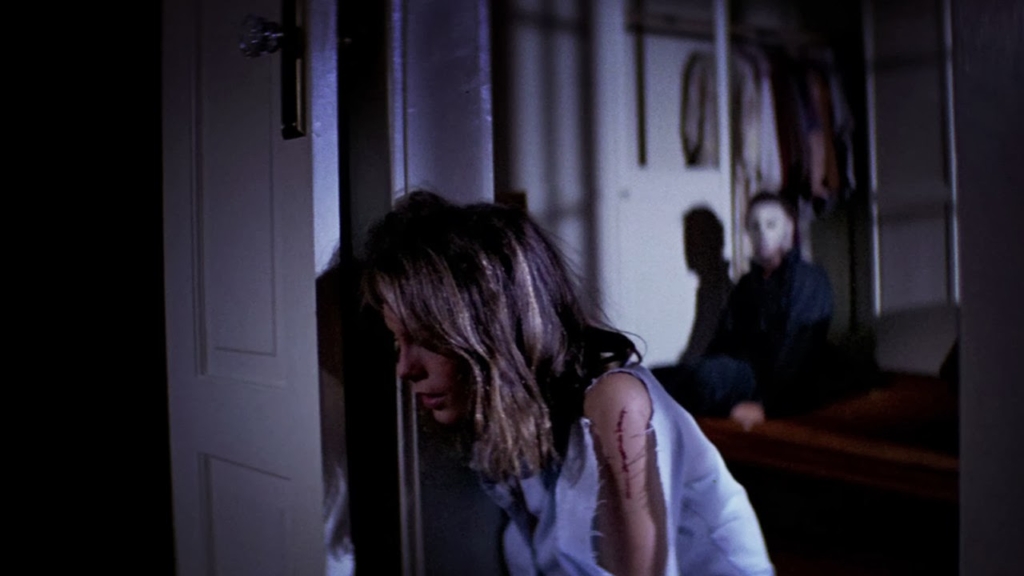 Halloween: With Michael Myers, it is odd because we see him all the time. But the characters only see him when he is attempting to kill or escape them. John Carpenter is the master of the slight of hand trick. He gets you looking left, and then brings in “The Shape” from the right.

Even the end of the movie denies the audience from seeing Michael Myers one final time by not having him laying in the grass after falling from a second story balcony. 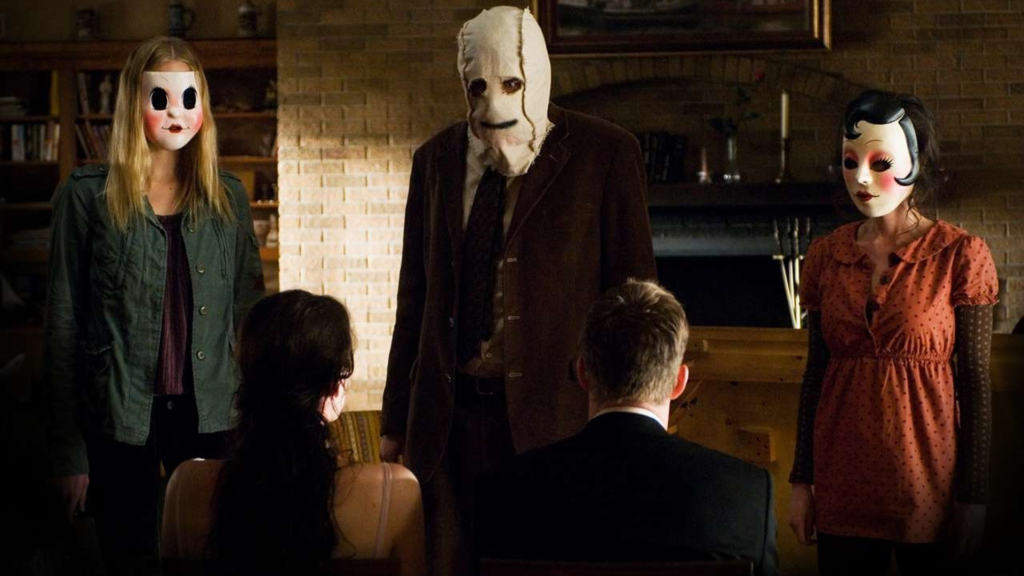 The Strangers: Throughout the movie, the killers (Dollface, Pin-up Girl, and The Man) come and go without being seen — except when they choose to let you see them. Often when they are seen, it is done to allow one of the other killers to get into position or to disenable something.

The presence and absence of the killers makes the couple so paranoid that James (Scott Speedman) ends up shooting his best friend.

2. The Killer Is an Unstoppable Force 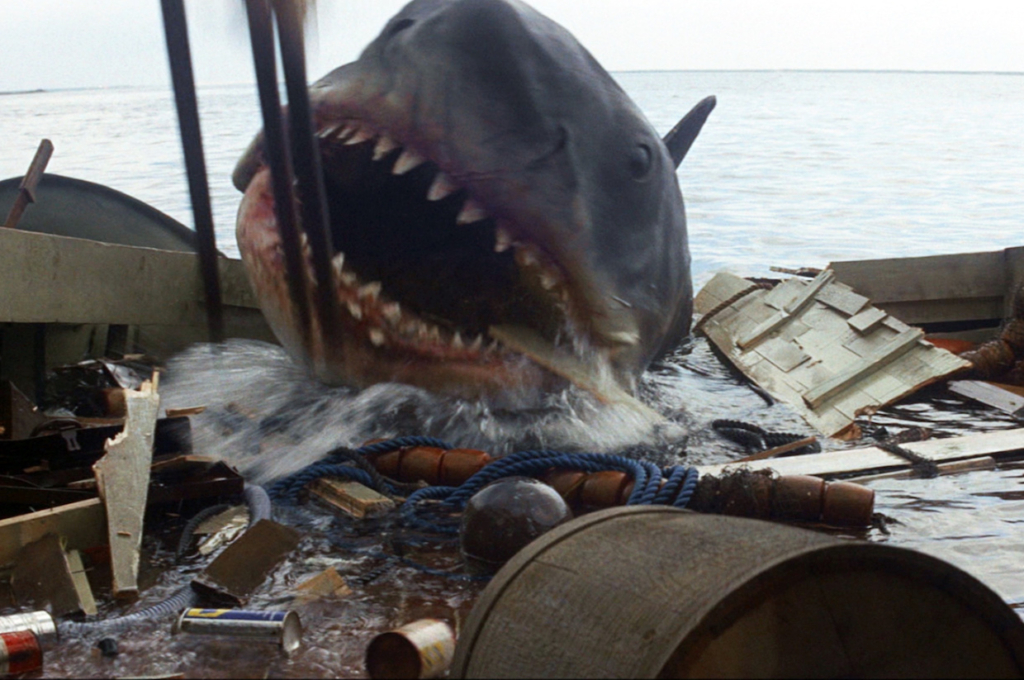 Jaws: The shark breaks a dock, steel cage, and fishing boat. Officially, “Jaws” kills a female drifter (Chrissie Watkins), killer whale, boy on a raft, a dog, Ben Gardner, and Quint. It comes close to killing Martin Brody and Matt Hooper. A pot roast with a huge hook, the yellow 3 resistance barrels, and a strapped in experienced fisherman are unable to catch the great white.

If not for Chief Brody, the shark in Jaws would have continued to feed on the tourists of Amity Island. Compared to other killers, the shark has some obvious advantages. It has a significant weight and length advantage, it can out swim most, and it does not need to surface for oxygen. The great white shark also possesses a mouth full of razor sharp teeth.

Halloween: “The Shape” kills his older sister (Judith), tow truck driver, a dog, Lynda, Bob, Annie, and falls just short of killing Laurie Strode. He is stabbed in the neck by a knitting needle, poked in the eye with a clothes hanger, stabbed in the chest, shot several times, and falls from the second story…only to just disappear.

Compared to other movies, Halloween stands alone in creating a true unstoppable force with Michael Myers. Movies that followed Halloween changed the rules to also make their characters unstoppable. Friday the 13th made Jason Voorhees a zombie. A Nightmare on Elm Street allowed Freddy to attack only in the dream world. And, in Child’s Play, Chucky came in the disguise of a doll. Michael Myers possesses no supernatural powers, but he does have the ability to relentlessly keep coming. 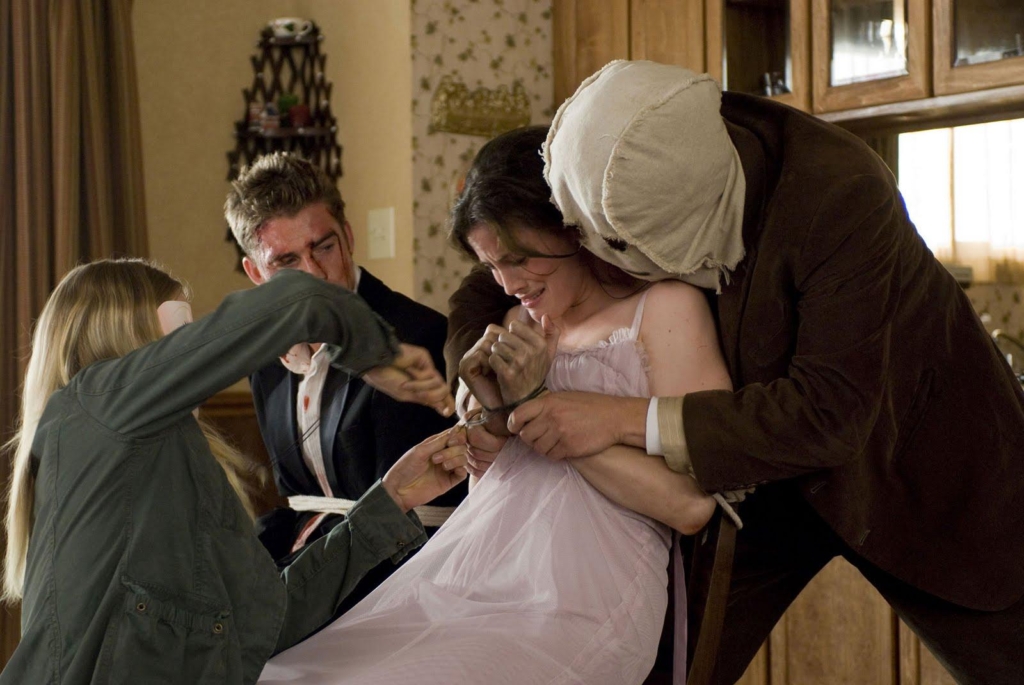 The Strangers: One on one with any of these three killers, you might have a fighting chance. But having three people to fight against is almost impossible. The advantage was always in the hands of the killers because they knew the house, had eliminated a connection to the outside, selected a remote house, and accounted for the weapons that were inside. Knowledge is power.

This trio becomes a unique unstoppable force because they blend in, do not require reason, work smartly together as a team, and are better prepared. 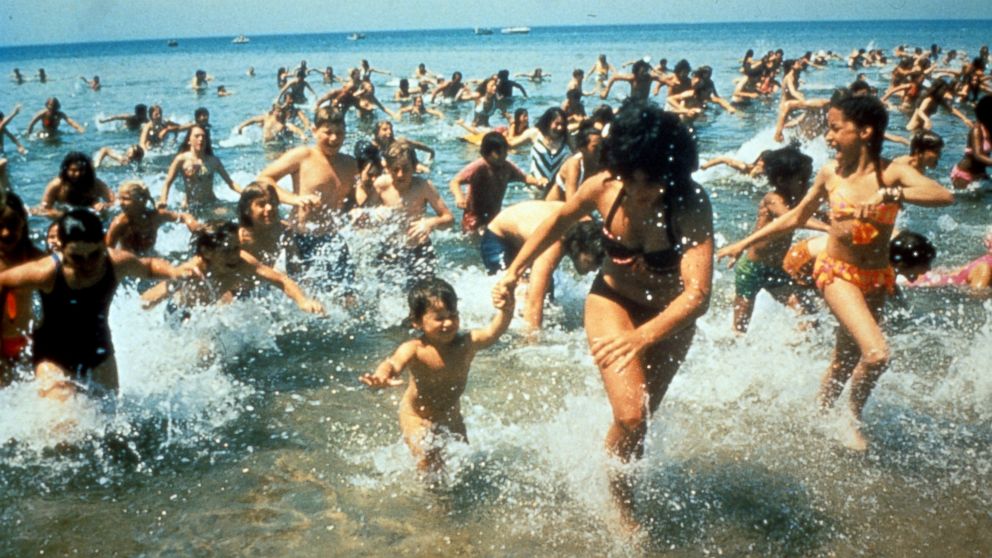 Jaws: Since man has existed, so has their fear of sharks — or more specifically the thought of being eaten alive. The movie Jaws did nothing but reinforce that thought process in the summer of 1975. It emptied all the beaches and put even more irrational thoughts into people’s minds. All people can envision is the girl taking a late night dip in the ocean…and that shark grabbing her and pulling her under the water’s surface. Or the boy being attacked while on his yellow raft.

It took years of “Shark Week” educating the public to finally flush some of this thought process.

Halloween: It was this movie that single handily put the slasher on the map. It laid the blue print for future horror franchises and characters. It also reinforced the babysitter dilemma of responsibly watching over kids and hanging/making out with a boyfriend.

Tell me if you have heard the urban legend about a guy from a mile away who escaped from an insane asylum. Every home town has some version of this story. 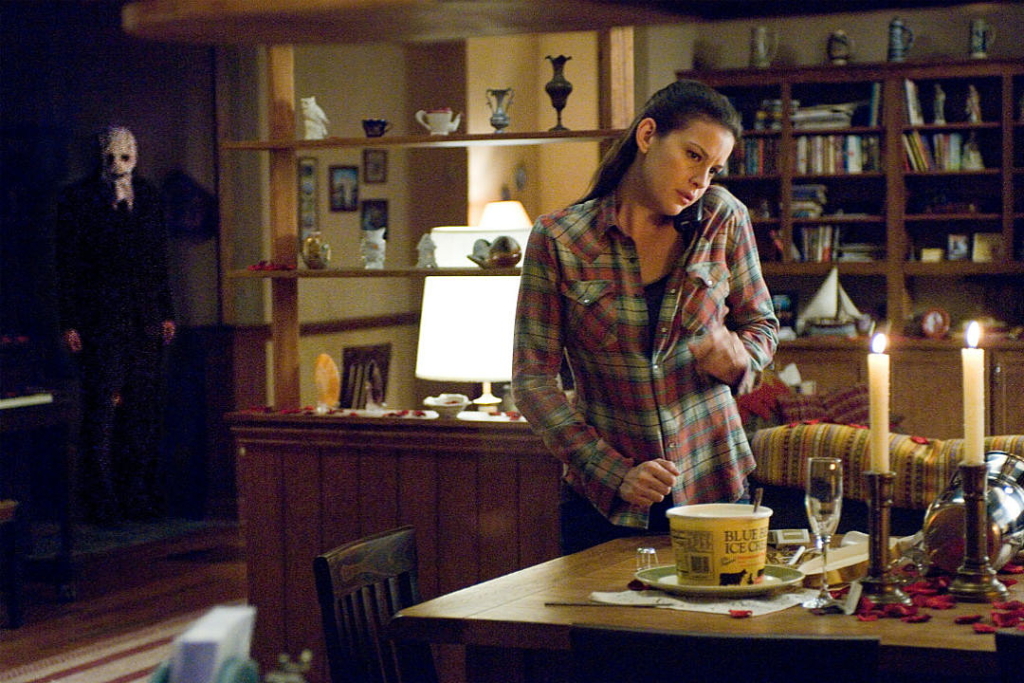 The Strangers: Liv Tyler asks, “Why are you doing this?” And the killer responds, “Because you were home.” This is the most chilling response one could ever have to this question. It is a stark reminder that these moments can happen at anytime, and you are not safe just because you are home.

Movies of possession or with ghosts have never really scared me because I still do not know if I fully believe in either. The over-the-top kill movies with tons of blood and guts or with a super killer have always appeared fake. Ironically, if a person/victim was to sustain a mortal wound, they would probably bleed like crazy. All three of the above movies use little blood in their kills.

Jaws, Halloween, and The Strangers are three completely different movies, but they share some key characteristics that make them among the most terrifying. It’s a blueprint many others have copied, but few have succeeded on this level. What are the films that scare you the most? Sound off in the comments below.