Unpredictable and ambitious, the visually arresting “Under the Silver Lake” is equal parts mystery, film noir, horror, and existential drama.

David Robert Mitchell’s Under the Silver Lake is a strange, haunting, and ultimately rewarding film about a young and unemployed conspiracy theorist who becomes obsessed with the disappearance and possible murder of his new neighbor and love interest, a beautiful woman named Sarah (Riley Keough).

In a standout performance, Andrew Garfield plays Sam, a misguided schlep who spends most of his days smoking cigarettes and using binoculars to spy on the neighbors who dwell in his apartment building. With shades of Alfred Hitchcock’s Rear Window and Vertigo, the film follows Sam’s every move as his “peeping” leads him down a rabbit hole of mystery and intrigue involving countless Hollywood hipsters, artists, musicians, and even a serial dog killer.

For those willing to go along with Sam on his journey (one that involves an abundance of cinematic allusions, maps and codes found in cereal boxes, geometric symbols, clues found in comic books, a record played backwards, and more), UNDER THE SILVER LAKE is an engaging, frightening, and often hilarious romp through the wild experiences of one very paranoid protagonist. 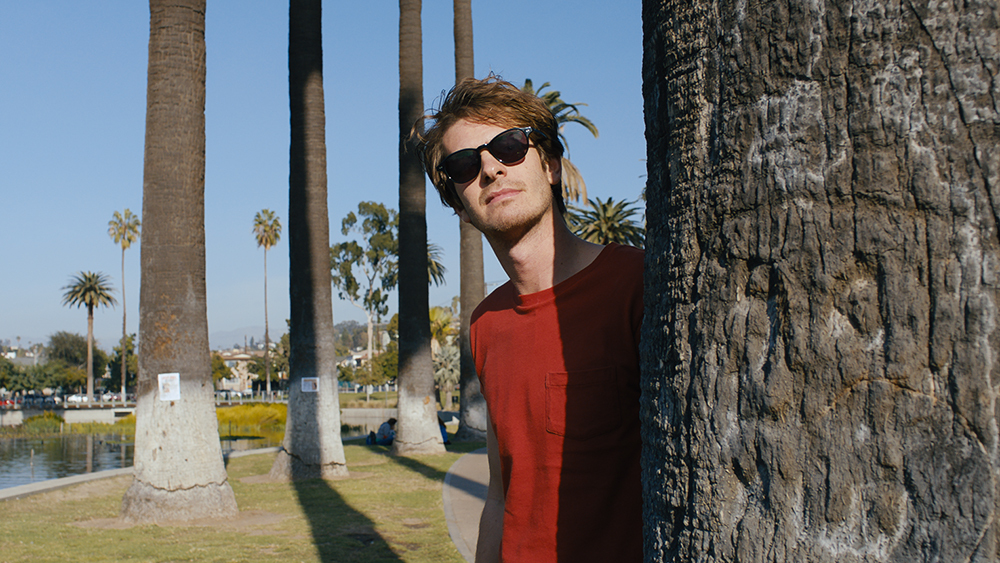 His performance is an effective combination of slacker laziness and bursts of manic energy as Sam gets closer to understanding what may or may not have happened to Sarah. During his adventure throughout Los Angeles, Sam encounters a number of eccentric characters, each of whom contributes various pieces to the overall puzzle.

At times, the film seems to meander from one bizarre set-piece to another, a narrative approach that risks confusing audiences just as much as Sam grows increasingly perplexed by the people he meets and the places he discovers along the way (including underground tunnels beneath the city).

Viewers should enter into Under the Silver Lake with the understanding that they will probably need to watch the film a second or third time in order to resolve all of the red herrings and clues behind the missing Sarah.

At the same time, the movie makes many existential references to the chaos and randomness of the universe, suggesting that there really is no point to much of what Sam endures throughout the story.

For these reasons, audiences will undoubtedly have mixed reactions to the film. 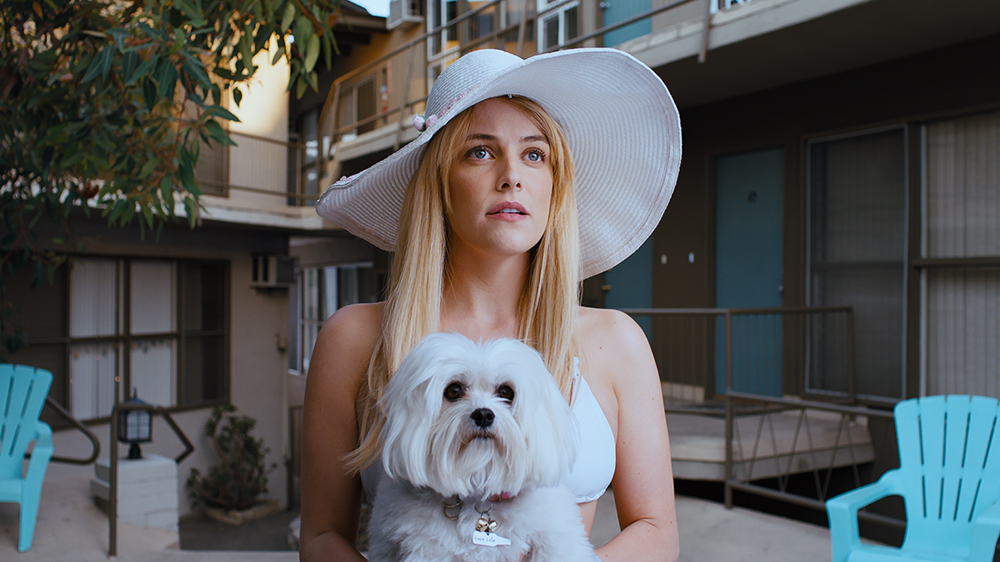 And those hoping for a more linear viewing experience may be disappointed.

Unlike the aforementioned Hitchcock films, Mitchell’s movie leaves many questions unanswered as it reaches its climax, but much of the dialogue throughout the script (penned by Mitchell) reflects that same uncertainty and ambiguity. That the film is punctuated with brief moments of violence supports this theme as well — that existence often feels turbulent and futile, that one could just as easily fall in love as bash someone’s head in with a guitar. And because no one can judge Sam except himself, he ends his journey seemingly content with the answers he has received and the choices he has made.

From a technical standpoint, Under the Silver Lake is just as visually arresting as Mitchell’s previous film It Follows.

The costumes, makeup, and Hollywood parties depicted in the picture pop with color and memorable imagery. While the comedic elements are plentiful, there are glimpses of the same cerebral horror that made It Follows such an effective work (one of the film’s most chilling sequences occurs when Sam comes across an eerie figure while playing back video footage).

On the more critical side, Under the Silver Lake is nearly two and a half hours long, and some of the scenes (including Sam’s masturbatory sequence and scenes involving some sort of homeless king) could have been condensed or cut entirely. Some audiences might struggle to maintain their focus on such a serpentine mystery for this length of time, while the “cult” angle that makes up part of the film’s climax runs on a little too long.

Ambitious and unpredictable, David Robert Mitchell’s Under the Silver Lake is filled with plot holes, unrealistic scenarios, and characters who don’t always act and sound like real people. And yet all of these stumbles work in the picture’s favor.

Couple the pop-culture mystery of the story with Andrew Garfield’s dedicated performance, and you have a quirky and entertaining film that is unapologetically weird.

Under the Silver Lake is now available on digital from A24.