Samura Morgan from the hit horror franchise, The Ring, goes modern in Paramount’s official trailer for the franchise’s third installment, Rings, by ditching tapes and opting for email.

Too jog your memory a bit: The franchise kicked off with the terrifying 2002 release of The Ring, which set the ground work for a sequel featuring the plot of the spirit of a young girl [who died after being thrown down a well by her mother] trapped in a VHS cassette. When played, a series of random and spooky imagery greeted the viewer alongside a phone call alerting the viewer he/she has 7 days to live. 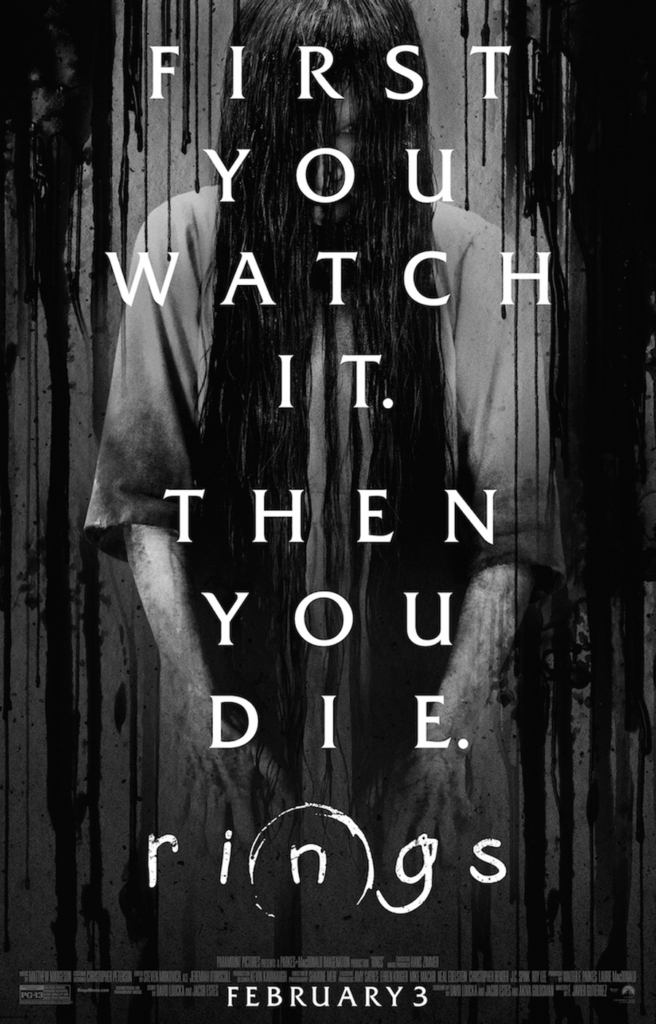 So you’ve been caught up. Now the first official trailer for the current installment [to The Ring‘s franchise] features a young women by the name of Julia [played by Matilda Lutz] viewing the infamous video via email at the beginning of her 7 day life sentence. As Samura’s origins play on, we watch as the women begins to deteriorate and a creepy rhyme is played on in the background.

The rest well..take a look for yourself — there right at the bottom of the page!

By the directing hand of F. Javier Gutierrez (Before the Fall), from a screenplay by Jacob Estes (Mean Creek), David Loucka (House at the End of the Street) and Akiva Goldsman (I, Robot), the flick follows in the footsteps of Gore Verbinski’s The Ring and Hideo Nakata’s The Ring 2 — both based off of Japan’s famed horror franchise of the same plot dubbed Ringu.

“A new chapter in the beloved RING horror franchise. A young woman becomes worried about her boyfriend when he explores a dark subculture surrounding a mysterious videotape said to kill the watcher seven days after viewing. She sacrifices herself to save her boyfriend and in doing so makes a horrifying discovery: There is a ‘movie within the movie’ that no one has ever seen before…”