It’s time to exorcise our demons or be sent to the latex chamber as we see who can possess hearts and claim a spot in the final four. 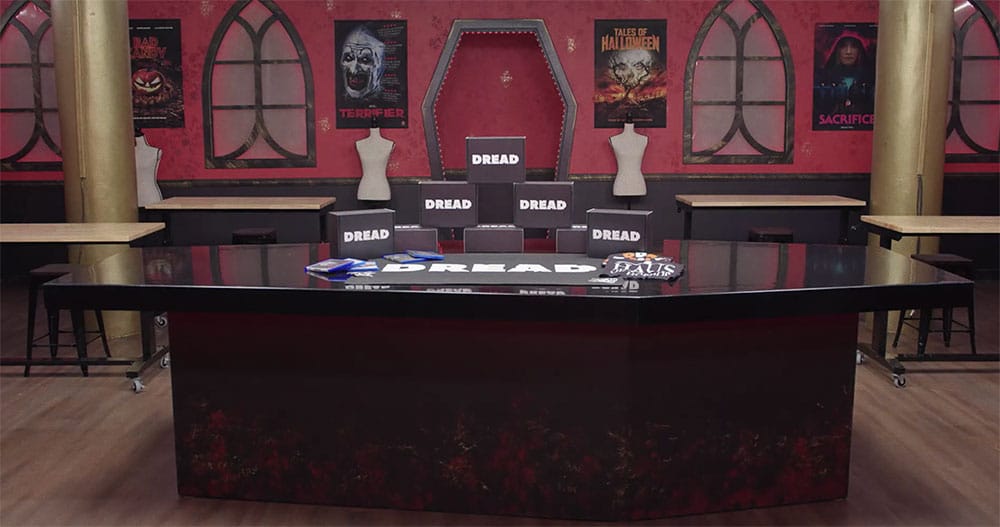 Angels to some, demons to others; the Boulets kick off this week’s episode with a short that takes place in a creepy little church with a gorgeous neon cross. Dressed in robes they enter to harass the handsome priest. By the time they’ve disrobed down to their sexy latex nun outfits, it’s too late.

The monsters happily greet Sigourney back to the fold, while mourning the loss of Jade. They let her know that she is a great drag monster and has made leaps and bounds in her craft. They muse that people might have been caught off guard to see her name on the roster this year, and I’ll admit I was one of them. But by the end of her run, you had to respect her work.

The friendly banter, however, doesn’t last long as the contestants are swept off to the main stage to get their weekly message from the Boulets.

At the end of last week’s episode, we were given a head’s up that the gang would be participating in a short film, and here we find out that is going to be made by none other than fellow horror outlet Dread Central.

Dread Central releases a monthly mystery box called the box of dread full of horror goodies and movies that they’ve produced and/or distributed. And you’re surely acquainted with their most successful film, Terrifier.

Even better, the winner of this week will get a part in a new film being made by their Dread Studio.

The short they’ll be working on is called Exorsisters, a nice riff off the horror classic, The Exorcist. 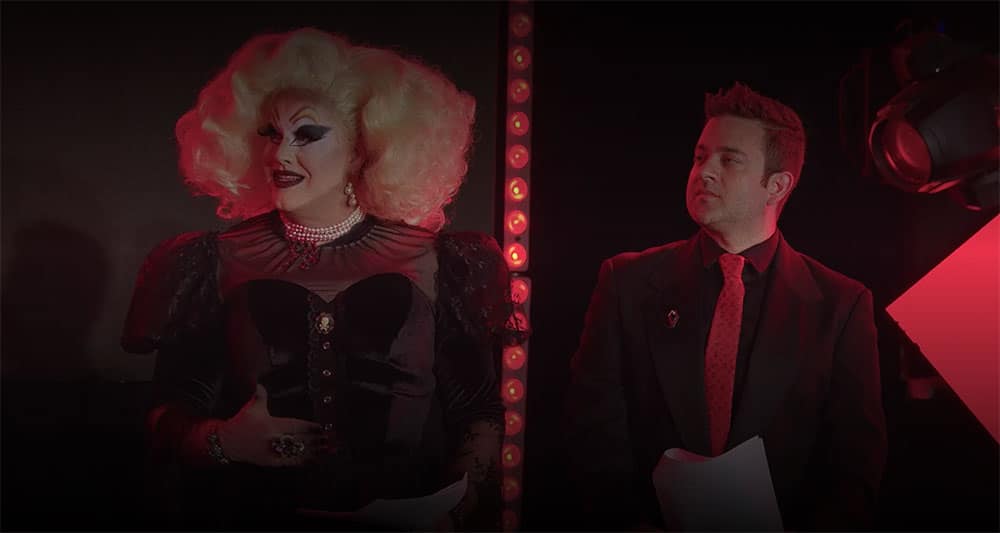 The monsters must make their own looks, divvy up the parts, and practice to nail it on their own. But first, they must do a fright feat in honor of their director, drag icon Peaches Christ.

If you don’t recognize Peaches from earlier seasons of Dragula, you might recognize her from her own horror film, All About Evil. If you’ve seen her, you’ll know it, because possibly the most recognizable thing about her is her eyebrows. The contestants must do their best rendition of her iconic brows while she stalks around the workroom, creeping and critiquing.

HoSo’s aren’t quite right, Saint’s aren’t quite high enough, Dahli’s aren’t loud enough, and Sigourney made the bold artistic decision to turn her eyebrows into big beautiful caterpillars. La Zavaleta had the highest arches with the thinnest width and was crowned the winner of yet another fright feat.

The parts are divided quickly, with HoSo Terra Toma as The Teen, Dahli as Mother One, Saint as Mother Two, La Zavaleta as The Priest, and Sigourney Beaver as The Assistant. Peaches and the scriptwriter, Michael Varadi, let them know that they’ll be waiting for them on the stage. The ghouls try to figure out different voices and characteristics as they breeze through the script a few times.

Peaches and Michael give them great feedback on the stage, letting them know what doesn’t work and what changes they think each performer should make to help secure their spot in the top four.

But they aren’t just shooting a short film this week; our top five must also design their own demon looks to present on the runway. 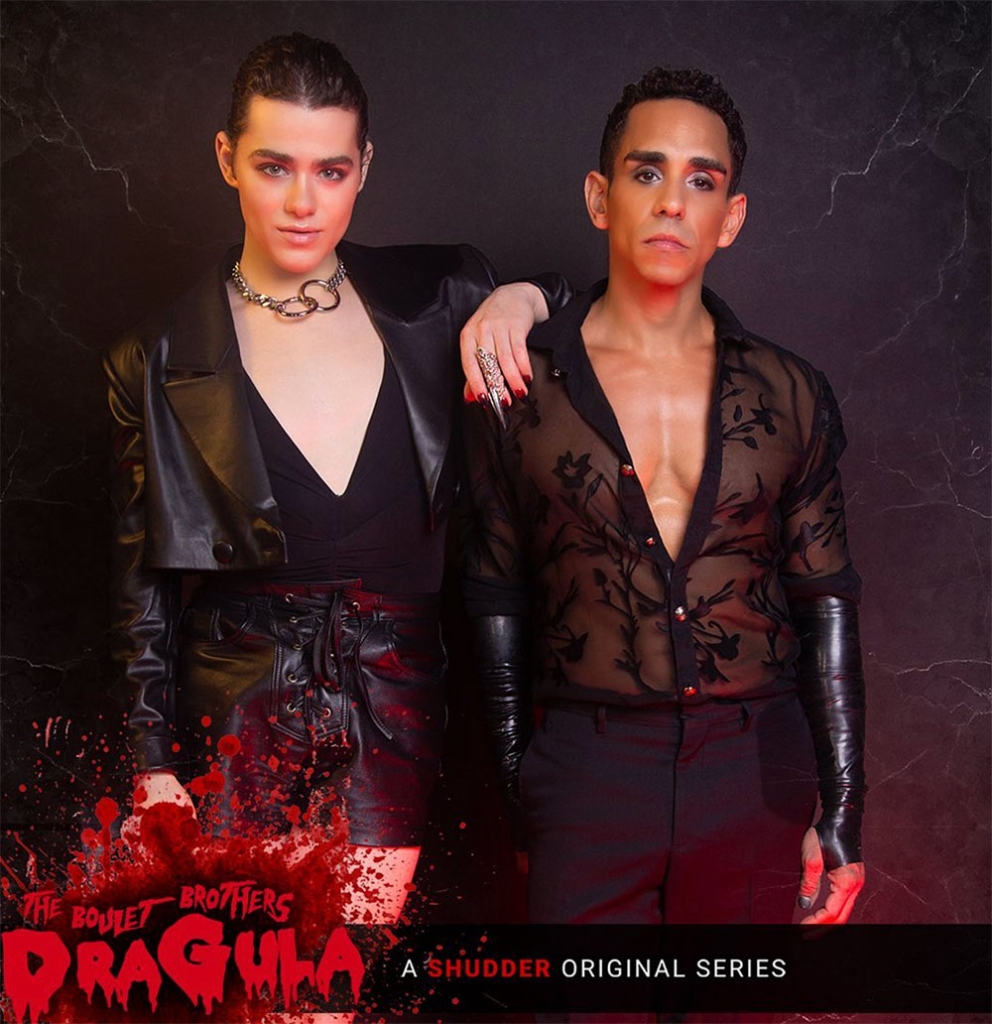 We witness the short film before we see their demon looks, and everyone is really nailing their roles.

It must have been a hard choice for the judges this week, and it must have also been nerve-racking for the contestants to be judged by phenomenal actors like Ray Santiago, from Ash Vs. The Evil Dead, and Misha Osherovich, who you should remember as a scene-stealer in Freaky.

Before we get any critique about the short we’re greeted with the runway looks.

Dahli is first in a stunning tight dress adorned with medical scissors, that looks like it came straight out of the Hellraiser-verse.

Next up was La Zavaleta, who was stunning in a red sheer look, with large demonic wings, and a nice strap-on to really pull the look together. Unfortunately, the wings overpowered her and she took a tumble at the edge of the stage. She ripped the wings off so that the show could continue, but the mess-up was very blatant.

Finally, we see some filth out of Sigourney! She is as stunning as ever as she dons the stage with just a piece of fabric wrapped around her waist, legs painted black, and cheek implants set up high to distort her usual look. Determined to do a look that harkened back to Lilith, she sported a collection of baby dolls connected by some bloody mass that she chewed through onstage.

HoSo tried something completely different this week and absolutely nailed it. Dressed as a devil salesman, with tooth-lined ridges around her eyes, and toned down facial makeup; seeing her in a masculine outfit without the large lips and eyes we’ve come to know her for was bold and phenomenal.

Saint was a glorious angel, the first of the demons, and stunned in a look that was drastically different from what everyone else did. I encourage you to watch the short film she made in the outfit on Instagram. 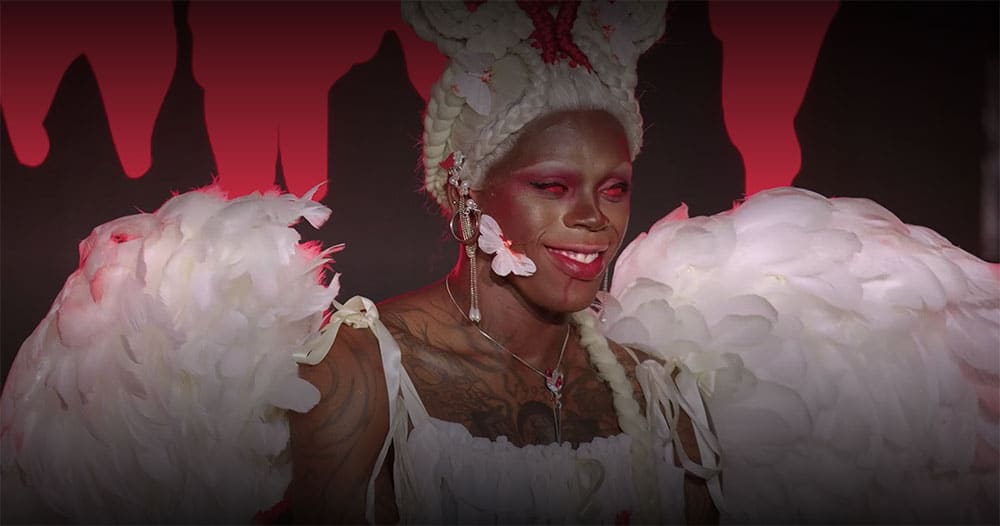 Judged both on their acting chops and their demon runways, the critiques were pointed and got down to the nitty-gritty.

HoSo was crowned the winner, annihilating their role as The Teen, taking direction well for the short, and bringing something bold and unexpected to the stage.

Saint was deemed safe for another risky and beautiful look.

Dahli was the first monster sentenced to the bottom, as they pointed out that his face makeup and silhouette hadn’t changed much.

Sigourney made great strides to break out of her comfort zone this episode but was still sentenced to the bottom.

And finally, for her performance (which still wasn’t bad) and stage mishap, La Zavaleta was sentenced to extermination as well.

This week’s extermination was the best so far. 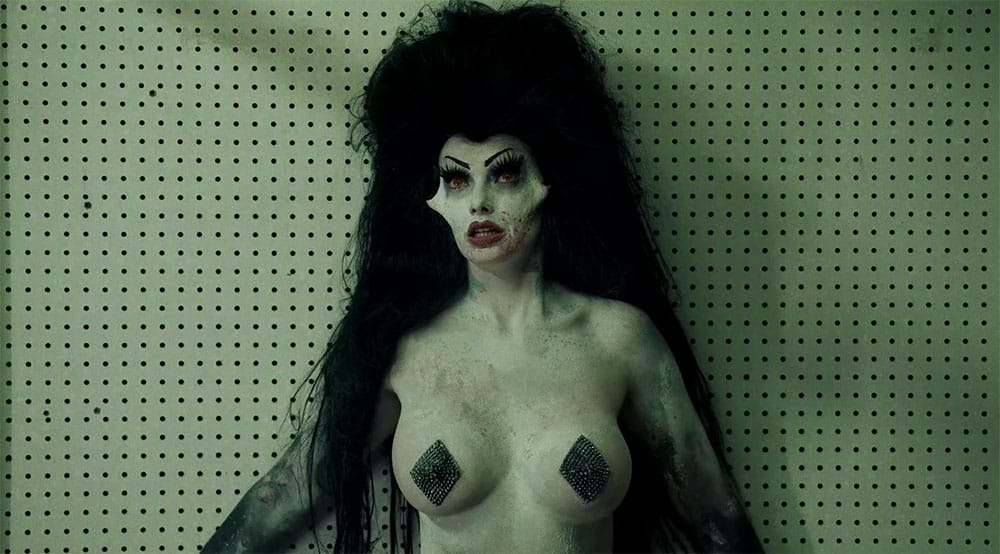 It really harkened back to the older, grittier seasons of Dragula.

Unfortunately, covid prevented a lot of cool exterminations from taking place. It’s hard to justify making people get tattoos out of an RV in a global pandemic. But this one finally packed a heavier punch than the leech episode.

This week, the bottom monsters are bound to a wall inside of a latex vacuum chamber. The cinematography for this challenge was amazing; everything looked haunted and intense. They fully utilize the early 2000’s jittery editing.

Unfortunately, La Zavaleta gets an exorcism from the Boulets.

She screams and begs as they slice an inverted cross into her forehead and light the candles for her last rites. Eventually, they resort to strangling her with rosary beads.