While not a perfect film by any means, Shudder’s “The Wrath” boasts some great acting and makeup effects; far from the worst way to spend 90 minutes. 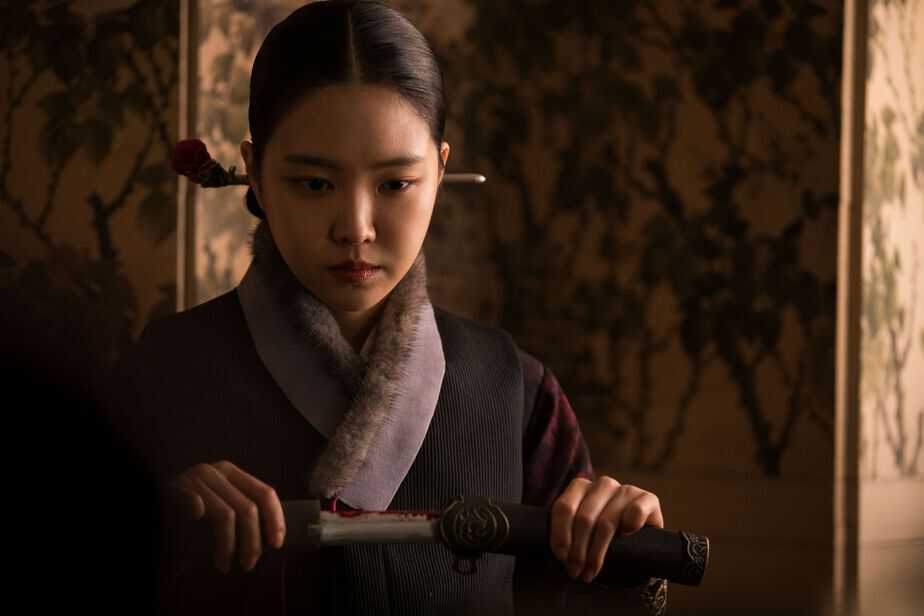 The Wrath is a 2018 Shudder original (of sorts). It’s actually a remake of a 1986 Korean horror film, Woman’s Wail. Full disclosure: I’ve never seen the 1986 film, nor would I count myself as an expert on Korean film. From what I’ve read online, Woman’s Wail is somewhat of a beloved movie, but I can only speak to the newer version.

Directed by Yoo Young-sun, The Wrath follows an orphaned young woman named Ok-bun (K-pop artist Son Na-eun) as she lives with a wealthy and powerful family in 14th century Korea. She was impregnated by one of the sons as a plan to break the curse that plagues the family, but things don’t really go as planned. The family’s matriarch, Lady Shin (Seo Young-hee), is a suspicious character throughout the film, and she clearly has no fondness for Ok-bun.

Parts of The Wrath feel like a twisted take on the Cinderella story.

Lady Shin is really the stepmother in the household, and she has two daughters-in-law who act as evil stepsisters to the kinder and prettier Ok-bun. There are even several comedic moments between the group of women, from sarcasm to mockery. But there’s much more to the movie than drama within a family; the aforementioned curse is real — and it’s deadly.

The opening scene of the film features a butcher who gets, well, butchered by an unseen force. He may be the first we see to die at the hands of a vengeful ghost, but he’s far from the last. Some of the deaths are more gruesome than others, though the director merely hints at most of the graphic details. But once the ghost’s demise is revealed and you see what drives the curse — namely, the torture and murder of a pregnant woman named Wol-ah (Park Min-ji) — you don’t necessarily feel bad for those being picked off.

This movie also takes a couple of twists, and they aren’t necessarily earned.

The first involves a door that Ok-bun is warned not to open (but of course she opens it). There are only the subtlest of comments leading up to that moment, so maybe it’s meant to be a surprise, but it just doesn’t work.

The second is a sort of change in character for one of the leads, and while it feels too obvious, it also isn’t quite explained in the world of the film. And that’s not even touching on the predictable, nonsensical ending.

Oh, and did I mention Ok-bun has been branded with a swastika? Of course, the film was made in 2018. But in the time period in which it’s based, that little symbol had a totally different meaning. In Korea (and other East Asian countries), it could mean “myriad,” “all” or “eternity” — and was even used as a symbol for Buddhism.

That doesn’t make it less shocking when it’s first revealed in the film, and it continues to be an important part of the protagonist’s story. While her backstory is explained, the “power” that appears to come from the marking isn’t, so you’re left guessing every time it’s highlighted in the telling of the story.

That’s not to say that The Wrath doesn’t have its assets.

Despite most of the attempts at horror being jump scares, there are several genuinely tense and scary moments in the film. Both leads, newcomer Son Na-eun and veteran actress Seo Young-hee, are great in their roles. The latter particularly is given a lot to do and pretty much nails it throughout.

The special effects aren’t always great, but the makeup creates some truly horrifying imagery at different points in the film, recalling other ghosts of Korean horror (and Japanese horror, too).

Because the movie’s run time clocks in at 94 minutes, it’s easy to get sucked into the story, which is a compelling one, and cheer for the protagonist. Even if you don’t follow what’s happening in any given moment, you know that you want Ok-bun to get out of that situation safely.

And that’s probably enough to get enjoyment out of The Wrath, which is streaming now on Shudder.