Hilarious and terrifying, “Homewrecker” is a darkly comedic reflection of modern society, which turns women into competitive foes rather than allies.

I have always been anxious around other women. I am guilty of comparing myself to them everywhere I go. Thinking they are all more attractive, smarter, more successful — basically anything about them. And now that I’m getting older, I catch myself being envious of their youth. It’s not that I don’t appreciate what I have, or the things I have accomplished. But it’s so easy to look at other women and wish I were them.

I know it’s silly, unhealthy and a waste of energy to be a green-eyed monster. But I feel like since social media has allowed us into each other’s lives, and what we see are other folks’ best photos and successes. Most people don’t post an Instagram photo of themselves on their worst day ever. It’s hard to compete with that kind of perfection.

For Fantastic Fest this year, I got a chance to screen Zach Gayne’s Homewrecker. 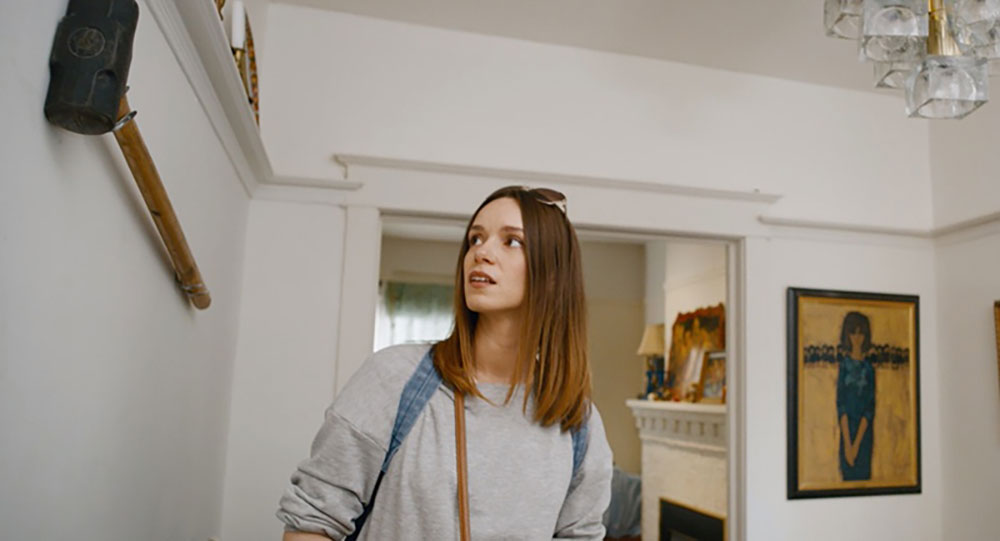 This battle-of-wills film really hit home with me.

Even as I watched one woman try to destroy another, I felt a modicum of empathy for the baddie, because of her lonely situation. But that changed as I got deeper into the twisted story. She reminded me a lot of the menacing, yet cheerful Annie Wilkes from Misery!

Synopsis: Michelle (Alex Essoe) meets Linda (Precious Chong) at her yoga class. Oddly they seem to run into each other everywhere. Is this merely a coincidence? Linda’s wide-eyed and friendly enthusiasm is clearly strange, but Michelle’s aversion to conflict makes it difficult for her to brush off the increasingly pushy woman. When asked by Linda to redecorate her house, the young interior designer gets more than she bargains for when she visits the home of her new “friend”.

Homewrecker is driven by the two lead characters, Michelle and Linda.

Alex Essoe (who I loved in 2014’s Starry Eyes) and Precious Chong (new to me but has tons of film and TV credits) have such perfect chemistry that the dialogue felt real and natural, despite the crazy shit going down. It might help that the two of them co-wrote the script with director Zach Gayne. They are perfectly cast as the two disparate women, who have one big glaring thing in common.

Their relationship and comic timing worked flawlessly to make this satirical look at the complex social expectations of women, an amazing black horror comedy.

The two women are opposites of each other. Linda is middle-aged, off-beat, flamboyant and projects a confidence that she, in truth, lacks. She is more like a young teen girl than an adult. Emotionally, she never moved on after high-school, and you see it in her dress and her little girl decorated room. She tries way too hard to get attention and forces herself on people because of her deep loneliness.

The much younger Michelle seems so different, but down deep inside they may be more alike than is apparent on the surface. Uptight and very reserved, Michelle looks to have the perfect life with a successful job and handsome husband. She wants a baby, but her hubby doesn’t have the same desires. She quietly struggles with the belief that maybe her marriage isn’t working, but she can’t get up the nerve to say anything.

She is deeply insecure, and it shows in her outward demeanor. She is polite to a fault. But that politeness causes her to miss the red flags that should have had her running out the door and away from Linda while she could.

Linda, who has gone everywhere Michelle has been, sees her at a local coffee shop and invites herself to the table. Michelle can’t say no, so they chat while Linda gets her to open up emotionally. She then goes on about her house and how Michelle needs to decorate it and come over right now!

When Linda strong-arms her into checking out the house, Michelle finds herself in the middle of an 80’s flashback from hell.

Forced to have a fancy cocktail (never drink something at a crazy person’s house), watch an 80’s film and play teen board games, Michelle realizes too late that clingy Linda isn’t going to let her leave willingly, and she will have to fight for her life.

HOMEWRECKER is a silly, yet seriously demented horror flick, and it works! Incredible acting from the leads helped, as did wonderful practical effects and some creative cinematography.

I really liked the split screen trick, so we could see what both ladies were doing at the same time. It felt like I was looking in a window, seeing someone’s dirty little secrets — an awkward feeling, yet cool at the same time. I could feel for the characters simultaneously.

When I learned the backstory to it all and understood why Linda was doing these things to Michelle, I was able to commiserate with her, despite her insanity. Now, that doesn’t mean I liked what she did, but it is possible to understand her motivation. Bottom line though, she is a bad person, and has been for a long time!

I can already hear a chorus of, “OMG”s bursting forth at one of the last scenes. It was pretty graphic. 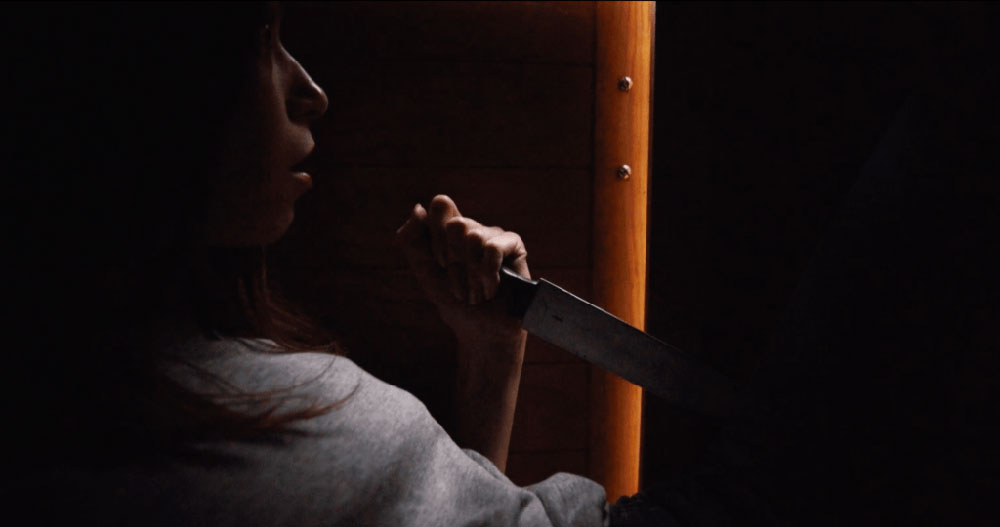 Homewrecker is an insane, warped and twisted tale that made me laugh and cringe at the same time.

My favorite part is the last line in the film; it is so perfect! You will have to watch it to know why that is. Who will you side with?

Look for the incredible Alex Essoe in the upcoming Stephen King adaptation of Doctor Sleep. And look for Homewrecker to hit theaters after its film fest run.