Streaming on Shudder: The Columnist (2019) 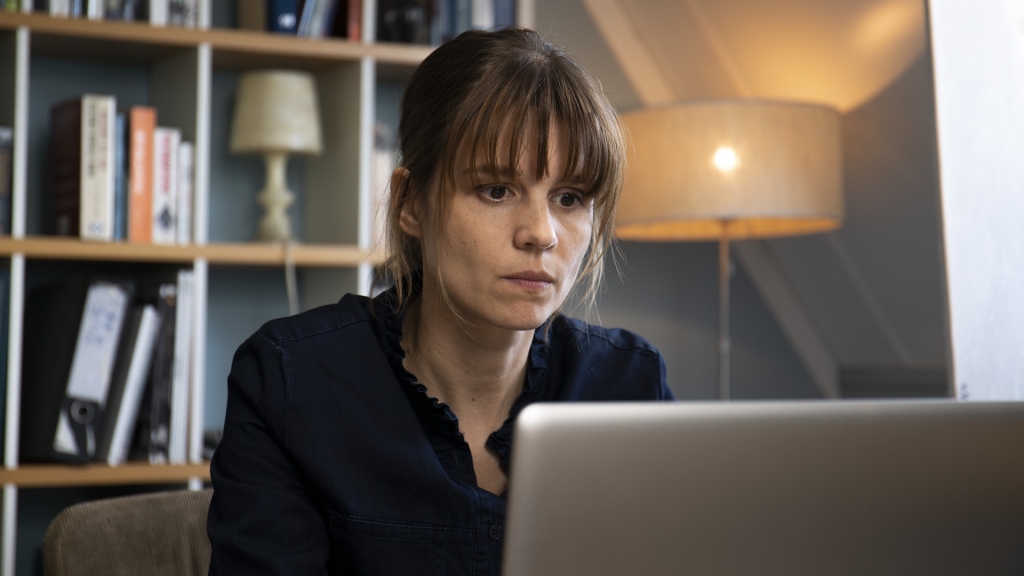 The Columnist is a dutch movie from director Ivo van Aart and follows Femke Boot (Katja Herbers, Westworld), a columnist for a newspaper in Amsterdam. Femke writes columns about her life, her divorce, and her daughter, Anna (Claire Porro).

After writing a piece about the time she was 19 and had a 16-year-old boyfriend, Femke starts to get abusive comments on her social media.

These become worse and worse and more frequent. Femke starts to obsess over the online abuse; she reads every comment, goes on a chat show to defend herself against the attacks, and even tries to report it to the extremely disinterested police.

We see her get more and more stressed, with the trolling beginning to affect her professional life.

Femke has a book deal with a publisher but, as the deadline approaches, she is suffering from writer’s block and is spending writing time reading her Twitter and Facebook posts instead.

When Femke recognizes one of the trolls as her neighbor, events come to a bloody head. 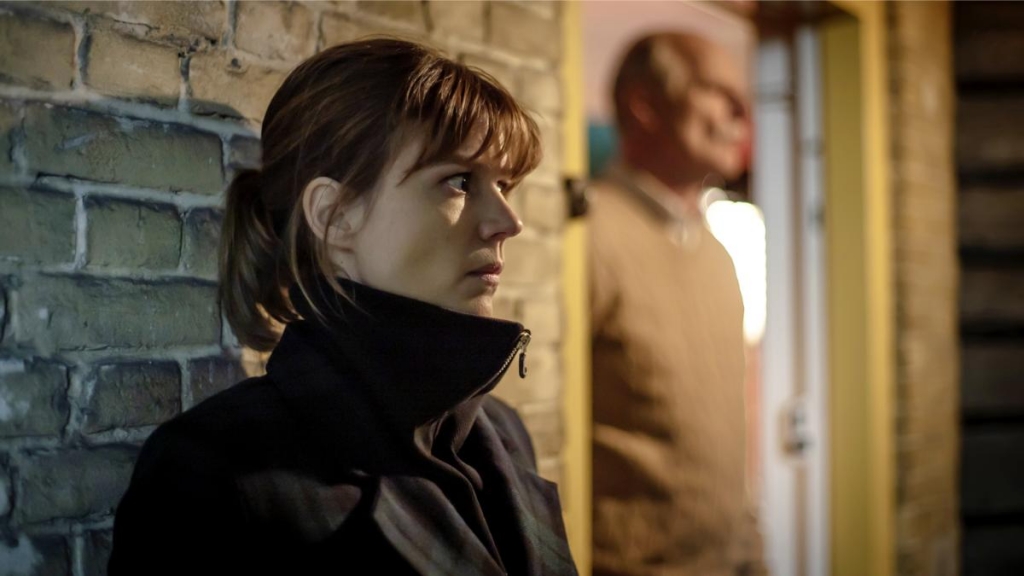 In a frankly hilarious scene, Femke pushes him off the roof of his house and lops the middle finger off the corpse.

This seems to give her some measure of relief and she is able to start to write again.

Meanwhile, Anna is having some trouble at her school. She is writing political pieces on freedom of speech for the school newspaper, which the headmaster is none too happy with.

Femke meets horror writer Steven Death. And if you don’t love that name as much as I do then we can’t be friends. The two hit it off. He tries to help Femke to stop reading her attackers’ comments, advising her that there will always be keyboard warriors. However, she is unable to stay off social media for long.

Eventually, she starts to track down the trolls through their online presence and knocks them off one by one, all the time trying to find the mysterious Tarik Bos (Achraf Koutet) who has started a new campaign of hate.

The more revenge Femke takes, the more productive and happy she finds herself. 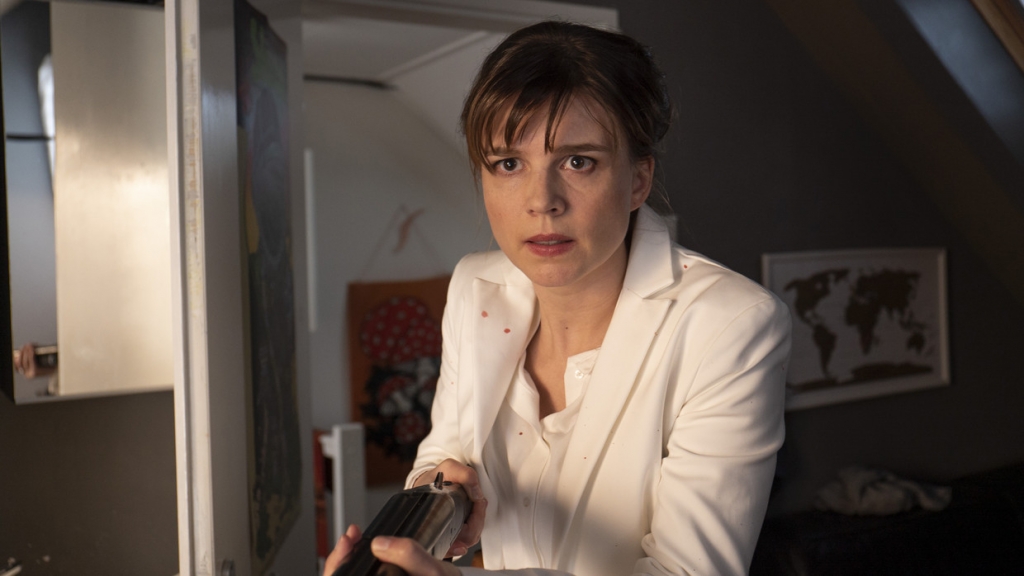 She manages to start writing again and delivers her book to the publishers in time.

Anna discovers a bag of bloody tools in the garage and suspects that it belongs to Steven, who is now living with her and her mom. This leads her to believe that he is behind the string of unsolved murders that are plaguing Amsterdam.

Anna has organized a Freedom of Speech Rally at school, and Femke agrees to give a speech there. But she fails to show up. Anna gives the speech her mother wrote, and we get to see her use her mother’s words to tell the crowd that we all have the right to disagree and to say whatever we want without being censored.

The scene is delicious.

It continually cuts back and forth from Anna reading Femke’s words to Femke stalking and killing one of her trolls, telling him that he can’t say these things without consequence. It’s beautifully ironic.

Anna eventually accuses Steven who protests his innocence, and the pair of them eventually realize the terrible truth.

From here, the movie reaches its glorious climax as Femke eventually finds Tarik.

The Columnist is a black comedy that is razor-sharp and so on point. 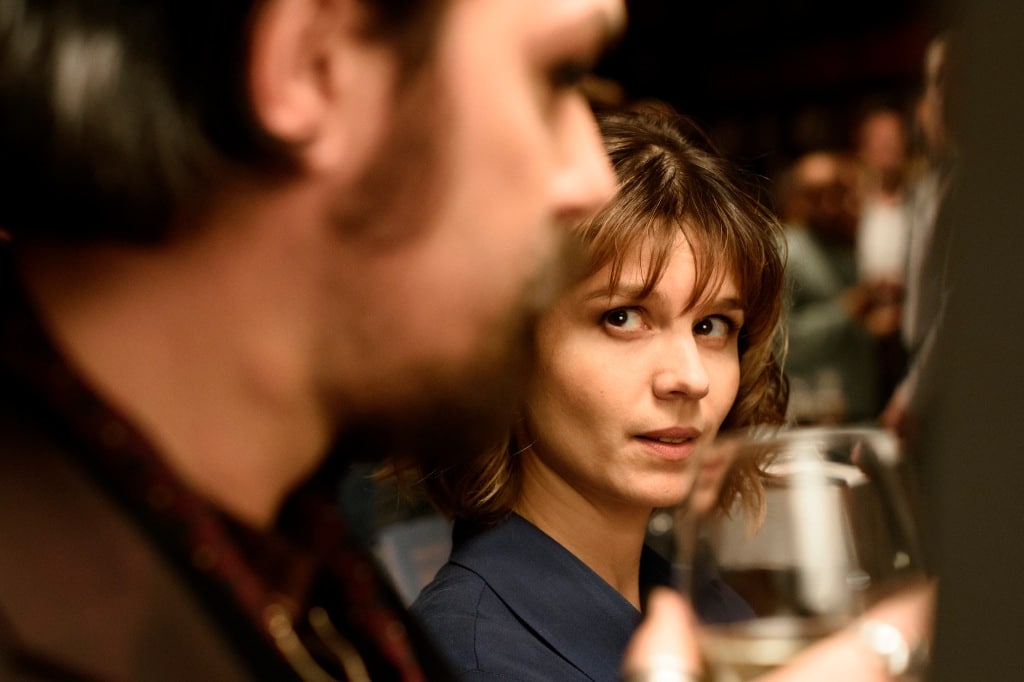 The film shows us that, whichever side of the fence you are on, your actions and words always have consequences for someone.

Everything you write online will affect someone, either positively or negatively. And you are never truly anonymous. The Columnist also highlights the fact that people, especially women and minorities, are not taken seriously if they complain about sexist, racist, or homophobic trolling.

If we are all conscious that words can truly hurt and can stir up hatred (listening, Don?) and take the time to just try to be a little nicer, kinder, and more considerate, then maybe the world would be a better place. We can all make a difference.

You can find The Columnist streaming on Shudder.

MORBID MINI
The Columnist is a darkly funny satire about the power of words and the consequences of our actions. I know that some of you will be put off by the fact that The Columnist is in Dutch with subtitles, but I urge you to give it a go — even if you hate subtitles. It’s funny, ironic, on point, and a really fun watch. I adored the hell out of it.