Vinegar Syndrome brings horror fans a feature-packed Blu-ray of “The Cellar” which includes two quality cuts of a solid and enjoyable film. 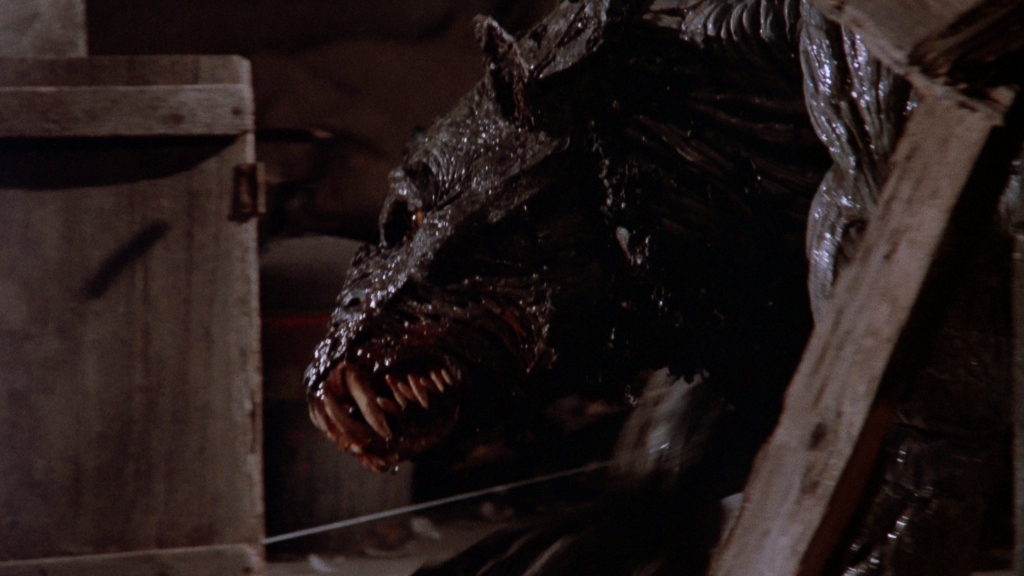 Mance Cashen (Patrick Kilpatrick) moves his wife Emily (Suzanne Savoy), their new baby, and his son Willy (Chris Miller) from a previous marriage to a dusty town somewhere in Texas to take a job getting an abandoned oil well restarted. Little does the Cashen family know that the land they are moving to is home to an ancient Comanche creature. Trapped and watched over by local Native Americans, it is their duty to keep the evil hidden underground.

While Willy is out playing, he finds a spear stuck into the ground. He pulls it out and brings it home, unknowingly releasing the evil underneath. It begins to target the area around the oil rig and the Cashen home.

Willy tries to warn his father and others of the creature that has taken residence in their cellar, but no adult will listen to him. Willy must prove the existence of the creature while protecting the baby who has become the target of the ancient evil.

The creature, while well designed, is not the real horror in The Cellar. 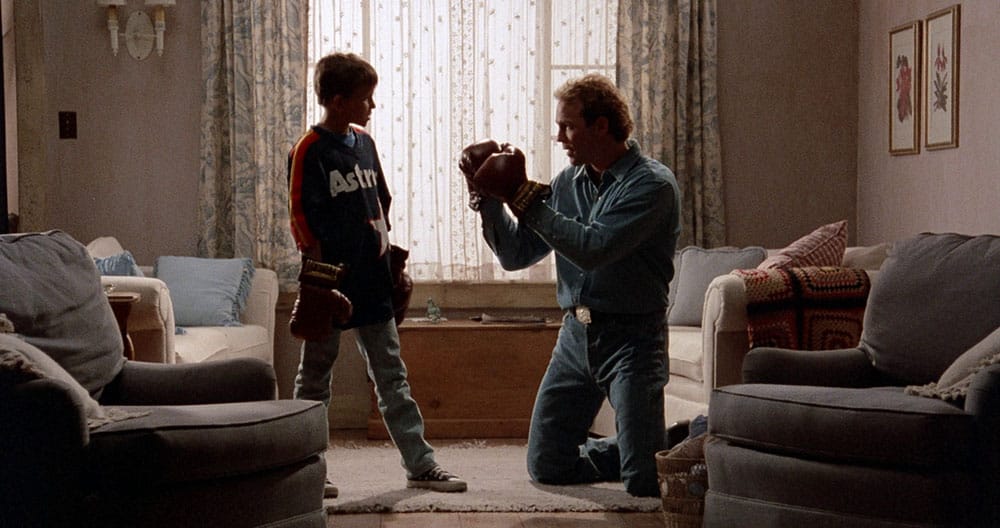 The horror, and disturbing elements of The Cellar, are driven by the dad, Mance Cashen. The more Willy insists that monsters are the cause of the strange goings-on around the home, the angrier Mance becomes. For a child, there can be nothing more frightening — even more so than a creature in a cellar — than a parent who refuses to believe you and gets angrier with each insistence of the truth.

Tenney admits that the producer’s cut has quite a few fans that defend it when Tenney makes negative comments about The Cellar.

Compared to the director’s cut and Tenney’s original vision of The Cellar, it’s difficult to argue that the producers of the film improved upon the Tenney edit.

The father-son dynamic between Mance and Willy is the heart of The Cellar, and that holds true in both versions of the film. It is clear, however, that the superior version of The Cellar is Kevin Tenney’s original release of the film. It’s a shame that it was only shown at a festival screening and to cast and crew, before being shelved for the producer’s cut. 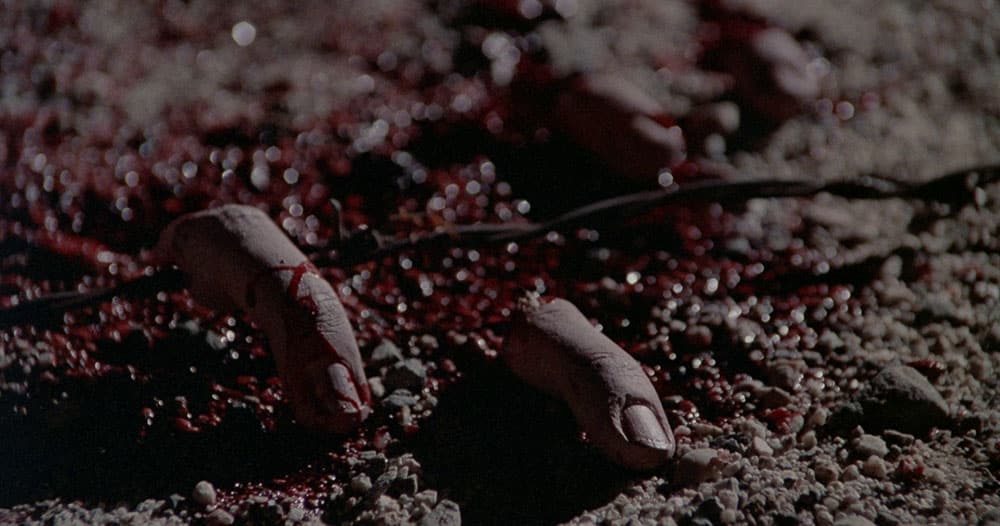 Vinegar Syndrome has released an impressive disc for The Cellar. Along with the 2K restoration of both versions of the film, each cut has its own commentary track with the director and the two stars of The Cellar. Kevin Tenney provides an introduction video to the director’s cut.

The commentary for the producer’s cut is a long venting session by Tenney and the actors. The actors had only previously seen Tenney’s version of the film, and this commentary is their real-time reaction to what the producers had done to The Cellar.

Vinegar Syndrome also included a documentary about the making and release of The Cellar. 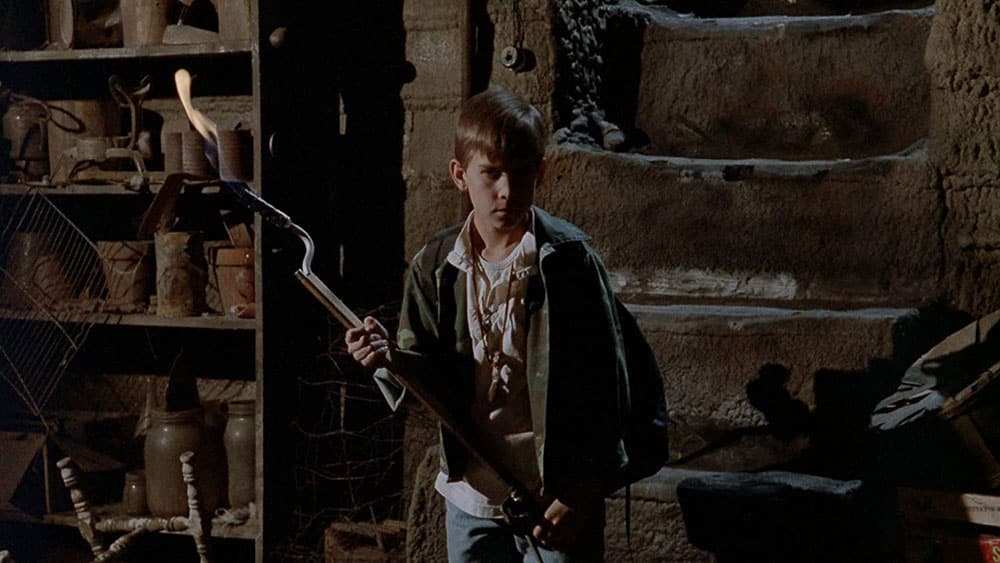 It’s extraordinary in the candidness of the participants.

From Kevin Tenney, to the co-stars, the creature creator, one of the producers, and the creator of the original movie score, all share their fond but raw memories. No punches are pulled on decisions made behind the scenes and the scars they left.

Everyone is passionate about The Cellar, and there is a certain regret that comes across that the intended movie couldn’t be made for various reasons that had nothing to do with the talent involved or the intent to make a good creature feature. 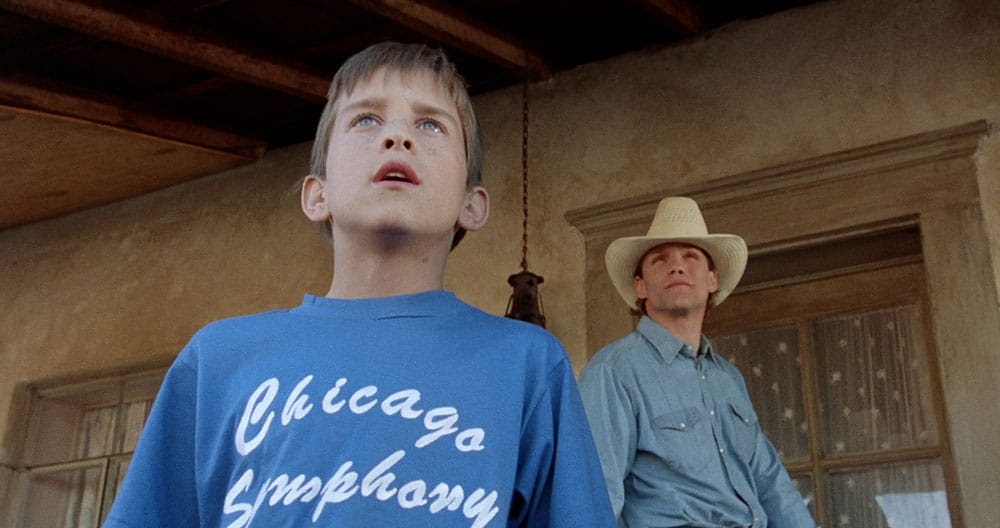 The Cellar is a fascinating movie in Kevin Tenney’s directorial career. With some roadblocks, he made a solid if unspectacular family horror movie.

With the two cuts available to see for the first time, fans can decide their favorite version of The Cellar. Even Tenney points out that the producer’s cut of The Cellar has many fans.

I see quite a few horror fans reaching out on social networks asking for horror movie suggestions to show their kids. The Cellar is a movie that can be added to any suggested list along with long-time classics like The Gate and Monster Squad.