“Ancient folk saying: ‘You can catch the Devil, but you can’t hold him long.’ Ask Brother Jerome. Ask David Ellington. They know, and they’ll go on knowing to the end of their days and beyond — in the Twilight Zone.”

The second season episode of the Twilight Zone titled, “The Howling Man,” is one of my top five episodes of the classic series. In that episode, a sick man happens upon a castle. The man knocks on the door to plead for shelter and food. Within the walls of the castle are a religious sect called The Brotherhood Of Truth, and they have held a great secret for five years. Deep within the castle, in a cell held closed by the Staff of Truth, is the Devil. 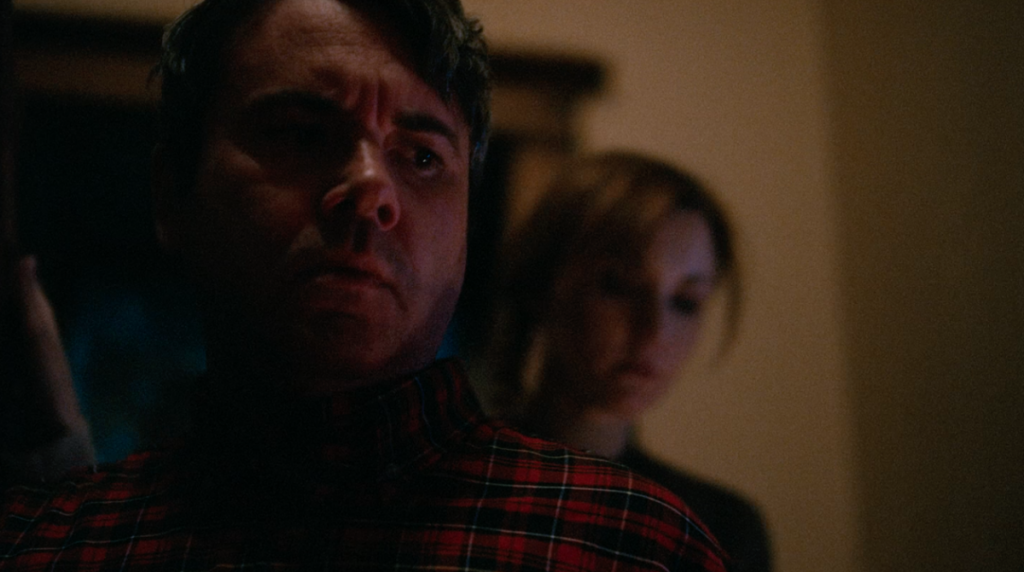 I TRAPPED THE DEVIL is the directorial debut of Josh Lobo. And much like Mr. Ellington from that long-ago Twilight Zone episode, fans are going to find out if Lobo can catch the devil and hold audiences enthralled by the mystery of I TRAPPED THE DEVIL. 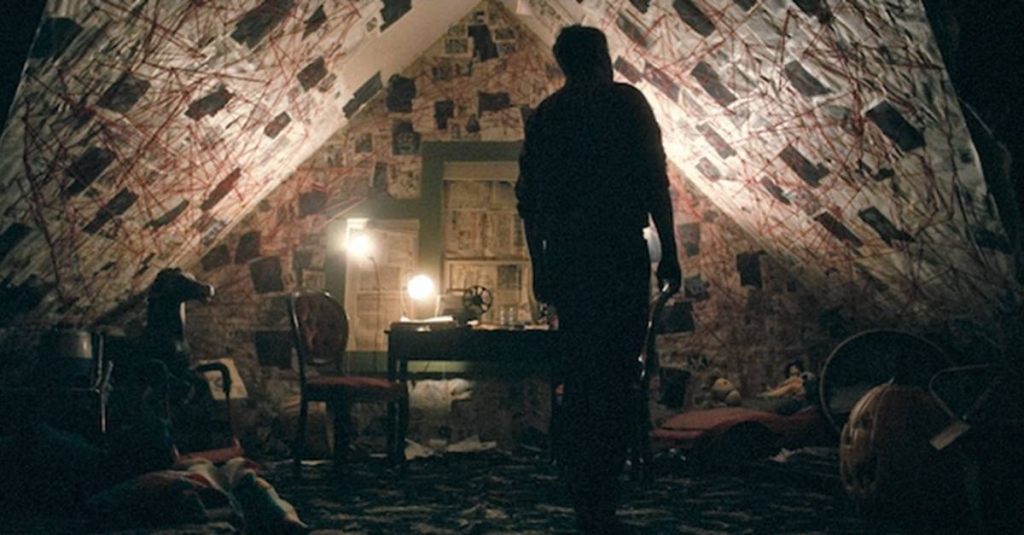 And that’s when they begin to unlock the secret Steve is trying to keep from them and the outside world. Steve has someone locked in the basement, and he believes it’s the Devil itself. He explains to Matt and Karen that the Devil conjures itself into a form that appears differently depending on whomever is looking upon it.

Lobo brings a fresh angle to a familiar story. He avoids stereotypical jump scares and builds terror with climbing tension and a feeling of near claustrophobia within Steve’s house.

By the end of I TRAPPED THE DEVIL, there’s so much pressure built up around the question of Steve’s sanity and what or who is behind the locked door in the basement, that it’s almost a relief when all is revealed. 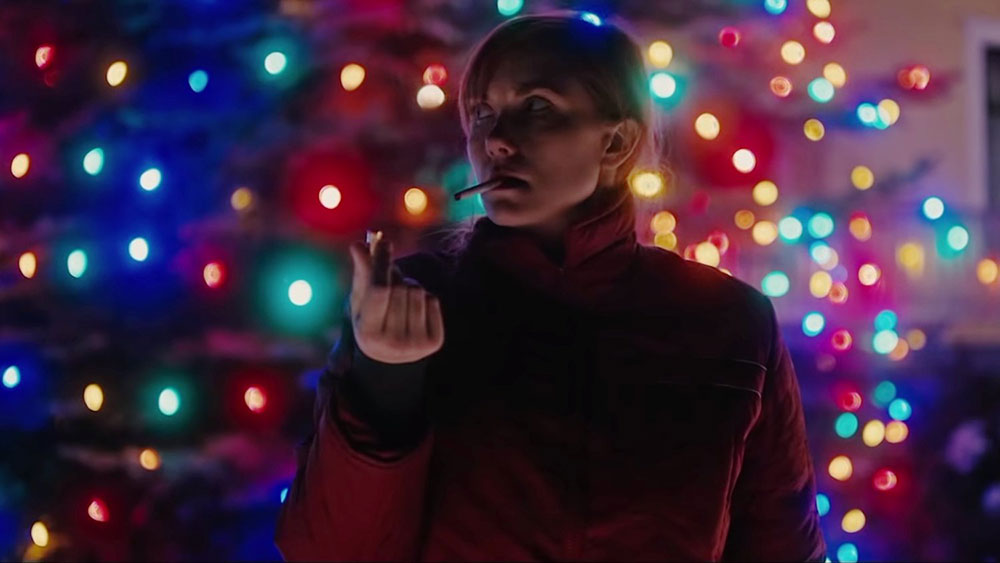 Setting I TRAPPED THE DEVIL during Christmas proves to be a solid decision by Lobo. The house is eerily lit by the iridescent glow of Christmas lights on the tree and around the staircase railing. It lends a level of dark creepiness to scenes that one wouldn’t normally associate with Christmas decorations.

The score from Ben Lovett stands out in I TRAPPED THE DEVIL. It never overpowers the action on screen. Instead, it adds to heightened anxiety of the characters. Lovett uses his score to pull a creeping terror from the film that otherwise lacks traditional scares.

I TRAPPED THE DEVIL had me hooked from the opening frame.

I was immediately invested in this family and Steven’s secret in the basement. This movie is an incredibly moving and eerie film. And it’s even more impressive that it’s the debut film from Josh Lobo.

After watching this, I’m greatly looking forward to Lobo’s next movie. Watch I TRAPPED THE DEVIL as soon as you can, with the house lights off and your favorite viewing room decorated with Christmas lights.

I TRAPPED THE DEVIL, from IFC Midnight, is currently in theaters and available on VOD platforms.