If you missed “Pledge” earlier this year, now is a great time to catch this dark and compelling tale of three unlikely heroes who are dying to fit in.

Pledge, an IFC Midnight independent horror film, really surprised me. When I read the plot summary, I wrote off the notion of a frat movie and thought it would be goofy or silly, picturing the ‘80s movies I grew up with. Even though virginal college freshmen Justin, David, and Ethan look like characters out of Revenge of the Nerds, this movie is anything but funny.

Like every other teenager headed to college, these three guys just want the whole university experience, and that means rushing a fraternity, complete with beer bongs and babes. It’s pretty easy to see that the stereotypical glasses-wearing Jew David (played by Zack Weiner, who also wrote this film and starred in 2016’s Uncaged) bumbling, overweight Justin (Zachery Byrd, Unbreakable Kimmy Schmidt, Hustlers) and shy, sweet Ethan (Phillip Andre Botello, Mermaid Down, The Art of Self-Defense) don’t fit in at any of the ‘Chad’-filled frat houses they try to go Greek in at the beginning of the film.

While the freshmen friends get rejected at house after house, they are stopped on the way back to the dorm after defeat by beautiful brunette Rachel (Erica Boozer, The Dirty Thirty), who invites them to another house for a party that evening. The boys are beguiled and naively accept the invitation with nary a clue that they’ll be rushing for more than social status; they’ll be rushing for their lives.

Right away, I could see that something wasn’t kosher about this gorgeous girl inviting three clueless computer nerds over to party with her.

Run by visibly wealthy and powerful upperclassmen, the club recruits only a select few each year, and there are only a handful of other guys there to party and pledge, giving it a super-elite vibe. And they’re all dorks. This party is like the Island of Misfit Toys.

Turns out, this bevy of brainiacs doesn’t even have to rush; as long as they’re willing to come back the next day to participate in 48 hours of grueling hazing, they’re in like sin. Easy peasy, right? I felt horribly sorry for the guys as they danced the first night away with pretty girls, swilling body shots with the older guys and probably feeling like they fit in with the beautiful people for once in their lives. 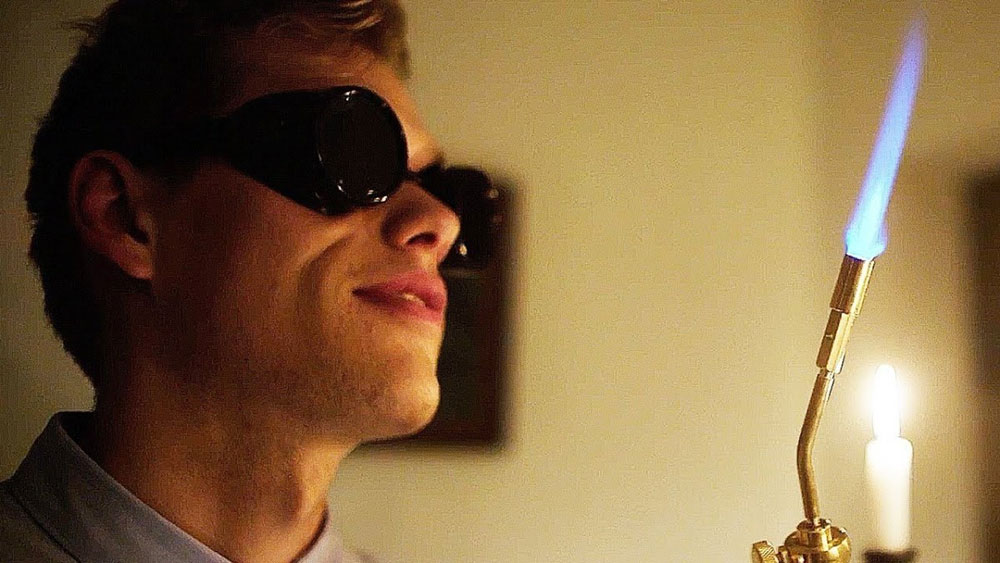 The James Spader-esque characters get to the hazing quickly, and it’s nothing to joke about.

The tension starts to ratchet up as soon as you realize what’s going on, and I sat with a sick feeling in my stomach as the boys were made to do horrible things, ranging from painful and disgusting to downright deadly.

Although I was pretty sure from the middle where the movie was ultimately heading, getting there was a bumpy, terrifying ride, and there are a few spots in this sleek film that had me on the edge of my seat biting my lip and cheering on Ethan, Justin, and David along with the rest of the nerd herd.

They may be dorks, but these guys are totally sweet and cool, the kind of guys that would help you write your term paper or play Xbox with you. Their innocence played a key part in this film, and these actors had me totally convinced they’d never been close to a woman. There are stellar performances from the entire cast of this film.

With a fast-paced storyline and spot-on acting, I was completely bought in.

I truly believed that these nerds thought they’d become members of this snobby society club and live the good life if they only participated in the rigors of horrible hazing.

The actors, particularly Cameron Cowperthwaite (American Horror Story, Station 19) , who played Ricky, nailed his performance as a Soc that could feel for the underdog while simultaneously inflicting torture upon said souls.

When the movie comes to a climax and one test remains to see who will become a member, I pretty much guessed the ending because there was no other way this film could have come to a close. I think you’ll agree when you see it. 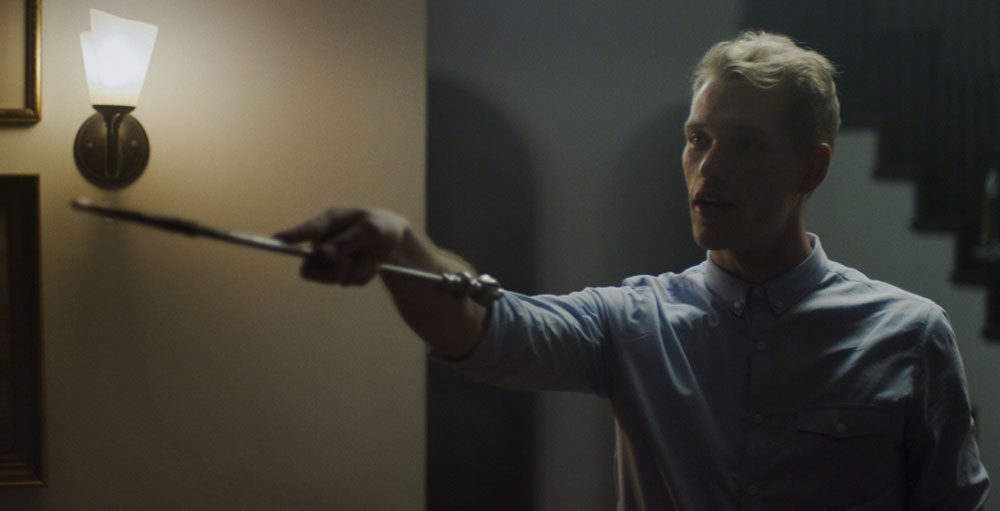 I had to smile as the last drop of blood was shed in Pledge, because it really is a great end.

I even wondered what would happen to the remaining characters afterward. That’s the mark of a truly good horror movie; caring about the characters as people, and wondering about their fate once the credits roll. Pledge did both for me.

Gore effects are well-done and even made me a bit nauseous, possibly because I’m a vegetarian. In any case, an age-old story gets a taut twist in this ode to brotherhood, and traditional tropes are upended in this story of how far some will go to be accepted.

Though you may see the synopsis and think, ‘frat movie, how ‘80s’ don’t pass Pledge by; make your bid and give this heartfelt and suspenseful flick a chance. This film moves fast, and you may find yourself completely and hopelessly caught up in this timely torture tale. Independent horror can sometimes go either way, and I’d definitely induct Pledge onto this year’s list of indie horror gems.

As Groucho Marx once said, “I wouldn’t belong to any club that would have me as a member,” which is very fitting in the case of Pledge!