Talking With the Dead: Crispin Glover

Talking With The Dead: 12 Questions With American Actor, Writer, Director, Musician, and Icon Crispin Hellion Glover (From the Exhumation Series)

Exhumation: (n) the act of digging something out of the ground (especially a corpse) where it has been buried.* 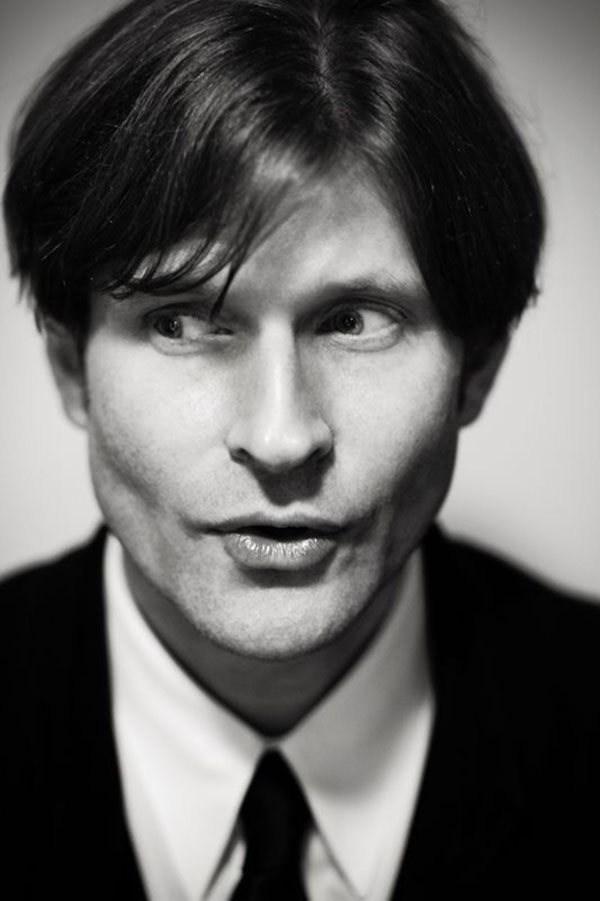 Crispin Hellion Glover (born April 20, 1964) is an American film actor, director, screenwriter, recording artist, publisher, and author. Glover is known for portraying eccentric people on screen such as George McFly in Back to the Future, Layne in River’s Edge, unfriendly recluse Rubin Farr in Rubin and Ed, Andy Warhol in The Doors, the “Thin Man” in the big screen adaptation of Charlie’s Angels and its sequel, Willard Stiles in the Willard remake, The Knave of Hearts in Alice in Wonderland, Phil in Hot Tub Time Machine, and as a Willy Wonka parody in Epic Movie. He is also the voice of Fifi in the Open Season franchise and most recently has appeared in the screen adaption of the Elmore Leonard novel “Freaky Deaky”. Next he played a World War 1 era German speaking Clairvoyant in the Polish Language film “Hiszpanka” and an unwitting employee in service of Robert De Niro’s Character in “The Bag Man.”

In the late 1980s, Glover started his company, Volcanic Eruptions, which publishes his books and also serves as the production company for Glover’s films, What Is It? and It is Fine. Everything is Fine! Glover tours with his movies and is currently supervising the building of sets for his next productions at a property he owns in the Czech Republic.** 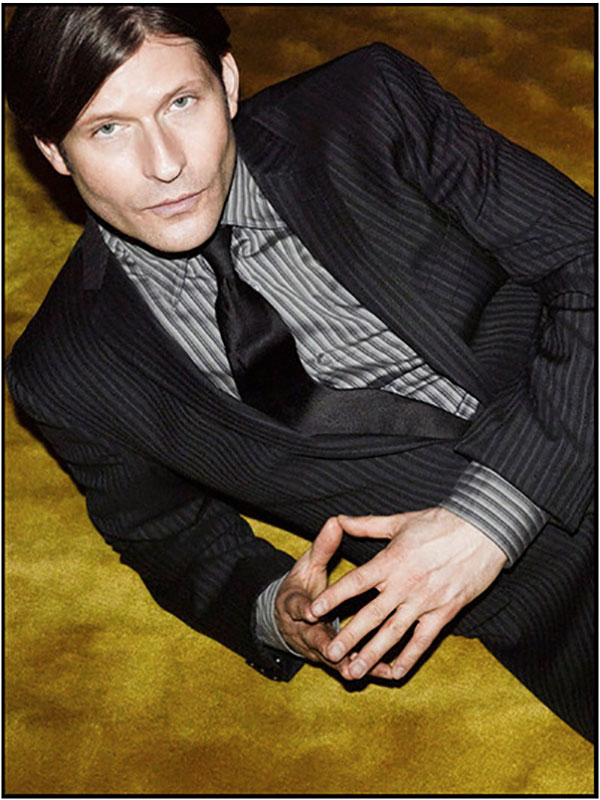 1. Your career encompasses many facets of the entertainment industry. After playing a lead part in a stage production of “The Sound of Music” (that also starred Florence Henderson), you went on to have guest spots on several television shows, including Happy Days, Hill Street Blues and Family Ties. How would you say that your experiences on stage helped to propel you to television, and in turn, how would you say your time on television helped you once you stepped up to working on feature films?

I always drew and wrote as a child. I always liked Bosch and Dali as painters when I was a child. I saw Tod Browning’s Freaks when I was a child and was quite favorably impressed by that. My father is an actor, and my mother retired from her primary profession as a dancer and secondary profession as an actress when I was born. As I was growing up watching my father work in the film industry, I did not necessarily equate the business of acting with art as much as seeing it as a business.

I became a professional actor at age 13 by my own choice. I emphasize that because there is a large difference in that from when a child is forced in to acting by parents who choose that career for a child. I began studying in a professional acting class at age 15. At age 16 I viewed many revival films of the 1920s through the 1970s at the revival theaters that were popular in the early 1980s before the advent of VHS competition that led to most of the revival houses closing. While watching many of the films and being in acting class, I began to understand film and acting as art. 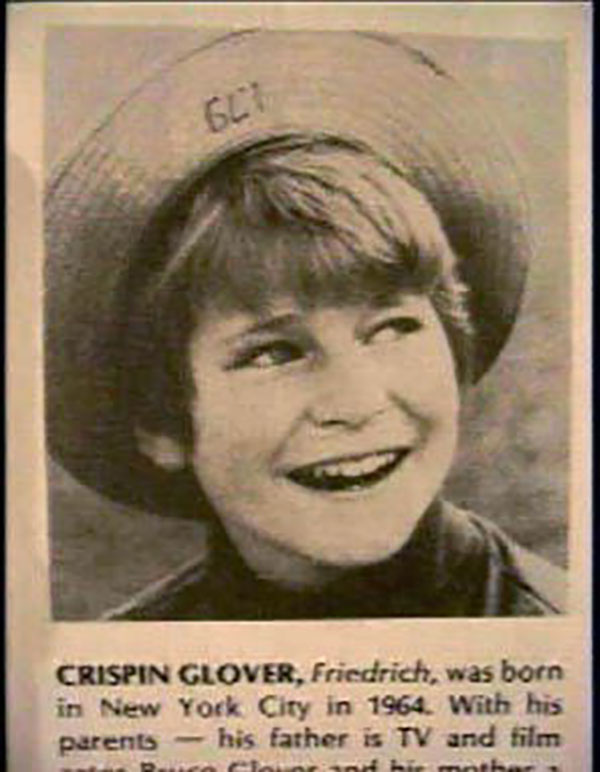 A very young Crispin Glover in “The Sound of Music”

I had gotten two commercials at age 13. Then my first long term experience with professional job as an actor was in 1978 at age 14 for “The Sound of Music” with Florence Henderson at the Dorothy Chandler Pavilion in Los Angeles. I got that through a “Cattle Call/ Open Audition” where literally thousands of people would show up to audition for the cast of the show. My mother had seen the ad for it in Variety for “children who can act, sing and dance.” I was concerned about the dancing and singing in particular.

My parents were both supportive. My mother had been familiar with the singing and dancing sort of “Cattle call” from work in New York and made me feel like it was not that big of a deal. So I went through the experience and it is something I will not forget. As the day went on more and more people getting cut, and I kept getting called back in till there were very few at the end of the day. As I recall, we were then called back for one more day of auditions and then the decision was made that day. Actually that kind of experience was really very much a confidence builder because I was there physically with all the other people progressively getting cut. Crispin Glover in “The Best of Times”

I had already started to do good work as an actor in class by age 16 at the point that I went to yet another “Cattle call” audition for “Best of Times” that was advertised in Variety. It was similar sort of cutting out experience as for “The Sound of Music” except the audition was more based on a scene that you were supposed bring in. I had brought in an improvisational scene with someone trying to get their parent to listen to a certain song. The scene was later rewritten by the show writers and changed in to me getting a shop owner played by Jackie Mason to listen to the song.

Being cast in that from yet another cattle call at age 16 was of course a good thing and yet by no mean did I think I had “Made it.” Nicolas Cage was also cast in it from the same “Cattle call” and he and I were the only two actors that were of the age that were still in school. So we had a tutor that we would have to be in a special room or trailer and do a certain amount of hours of school work each day. He and I shared a certain sense of humor of the absurd and became friends while making that show.

I was not technically proficient enough of an actor at the age of 16 to take weak writing and make the intentions work in a strong or differentiated way. I saw the clip you refer to on YouTube, and I still see one moment that I was directed to do that I did not feel good about then or now. I saw it a few months ago and I was concerned about watching it because I had not watched it since it was on the air when I was 16. I did not like my performance in it. I learned a lot and was very careful after that experience to make certain to be very careful about the decisions as an actor to intensify or even change the intentions of the character as written so that it plays. I feel like in that show the lines for the most part are played as written and it makes me uncomfortable still to this day to have public record of a time where I am still learning the craft. In any case I am glad I did the show and learned a lot from doing it.

The sort of training that I had or acting focused on bringing portions of your own psychology to make those characters have an organic quality. Something that is important to understand is that those who appear in corporately funded and distributed films and more importantly the content of are corporately funded and distributed films is not determ