Black is back, returning with partner Kyle Gass for a long awaited new Tenacious D album and hilarious new web series of the same name, “Post-Apocalypto”. 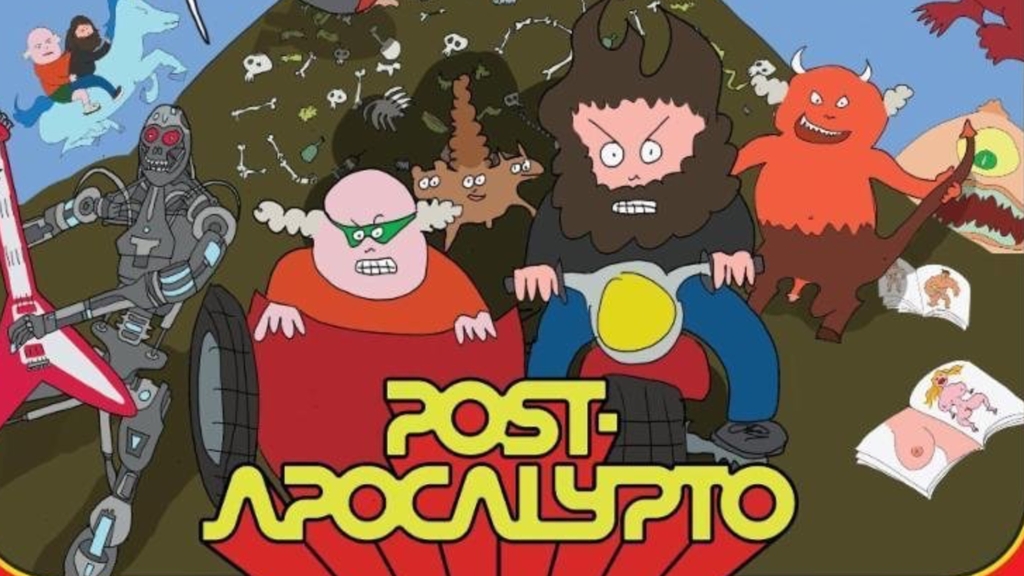 I had to cut my Tuesday night fun at Fantastic Fest a little short because I couldn’t wait to rush home and gush about how much of a delight it was to watch animated versions of hand drawn penises courtesy of Jack Black. And that, my friends, is called being a professional!

I feel like there must be two kinds of people in this world. The first kind are those who jump on the extraordinary opportunity to catch a screening of the newest film from the brilliant director Karyn Kusama (The Invitation), a film being heralded as a legitimate masterpiece with a career-defining performance from Nicole Kidman.

The other kind, when faced with a near impossible choice, opt instead to spend an hour with The D (otherwise known as Tenacious D) giggling hysterically at crudely drawn and ridiculously voiced characters from an animated series airing for free on YouTube. Guess which group I belong to? 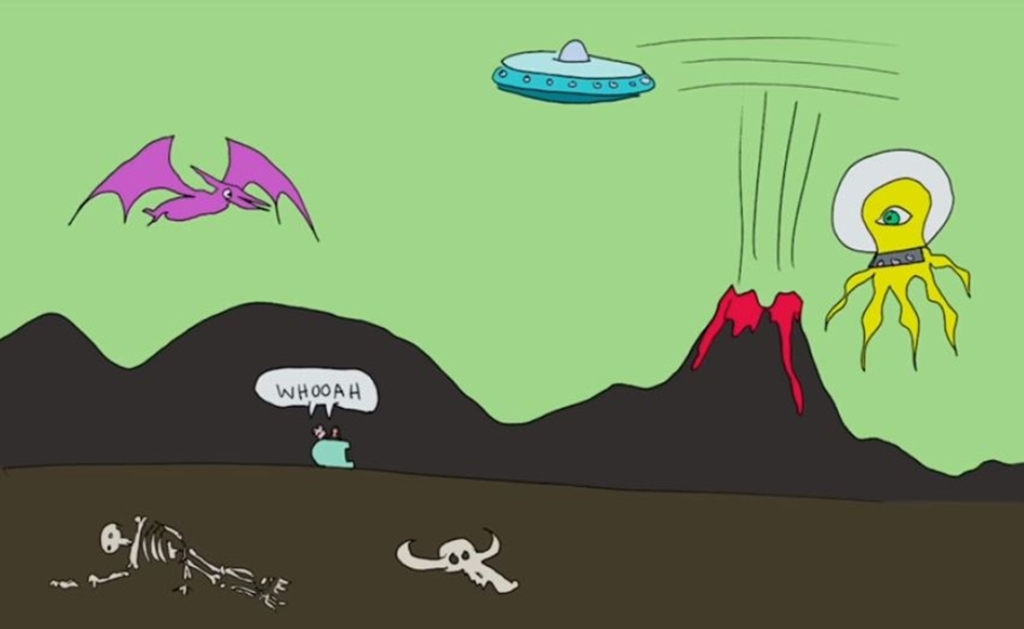 If you’d have asked me before tonight, I would have gladly boasted about what a serious cinephile I am. And there weren’t many universes I could comprehend where I wouldn’t be front and center at a Karyn Kusama film. But tonight, I temporarily hung up my respectable film critic badge and became a fan girl. I embraced my decades long love affair with Tenacious D, comprised of Jack Black and Kyle Gass.

For 65 minutes, I watched the original, six-part animated video series about the adventures of Kage (Gass) and Jables (Black) who are thrust into a world of complete and utter destruction following the drop of an atomic bomb. Surviving the attack in classic cinematic fashion (a good old imperishable 1950’s refrigerator, a nod to the infamous “nuke the fridge moment in Indiana Jones), the duo quickly learns that new forms of evil have spawned from the blast. One thing becomes apparent — for humanity to prevail, Tenacious D must save the world. 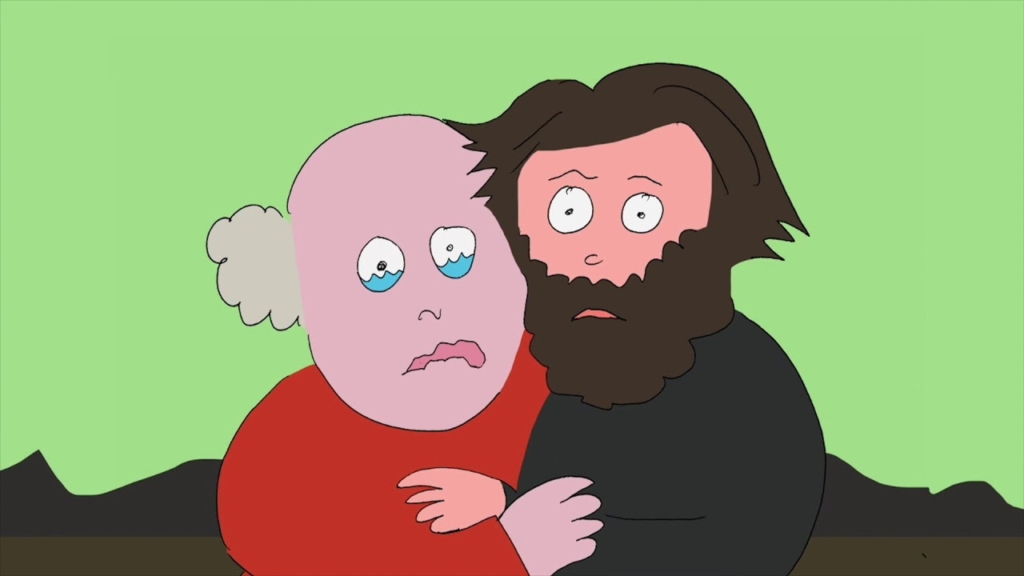 Each frame of every episode was hand-drawn by Jack himself, with every character voiced by Black and Gass. There actually isn’t any real animation to speak of. It’s really just a slideshow of static images, with intentionally amateurish art that only serves to add to the series’ charm and whimsical appeal. All six episodes feature new Tenacious D songs, culminating in a new Tenacious D album of the same name.

Unofficially, the series serves as the highly anticipated sequel to the critically panned but fan favorite film ‘Tenacious D in The Pick of Destiny’. It’s every bit as silly, strange, perverse and irreverent as you might expect. And I loved every beautifully bonkers minute of it! Watching with a crowd certainly helped, as it’s perfectly suited for a communal event. There was a huge energy in the audience, an uproarious amount of laughter, and a palpable sense of collective elation to see The D back in action. 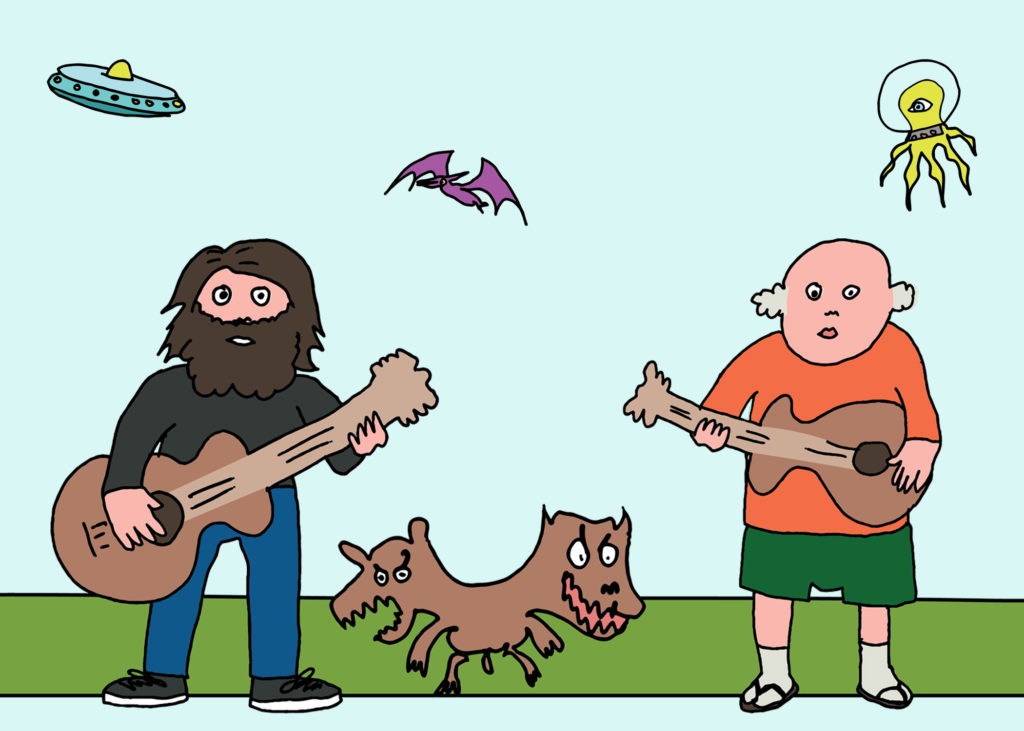 As fantastically absurd as the plot of the series — which includes a space adventure with Elon Musk and Richard Branson, a time traveling Terminator, and even a trip to the White House to do battle with Trump Jr. and his army of KKK clansmen, Nazis, and one very nasty Gorgon — there’s an unexpected heart and substance at the core of Post-Apocalypto. Granted, that heart is hidden comfortably behind a veritable wall of hand-drawn female genitalia, simulated copulation, and more dicks than you can shake a stick at. So maybe consider this one cartoon to watch without the kids.

Black admits to being heavily influenced by the Presidential election and the political turmoil and upheaval that followed. Thus, there are some surprisingly deep messages about racial unity and man’s responsibility to protect Mother Earth. But don’t expect anything too preachy or heavy handed. The name of the game is fun here, and the talented comedic duo deliver in spades. 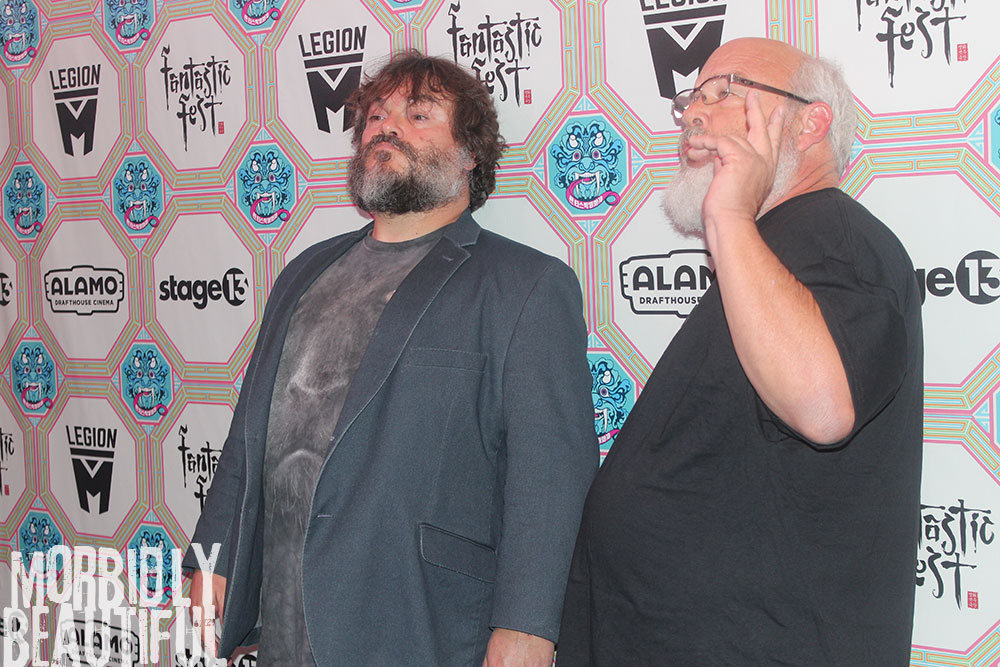 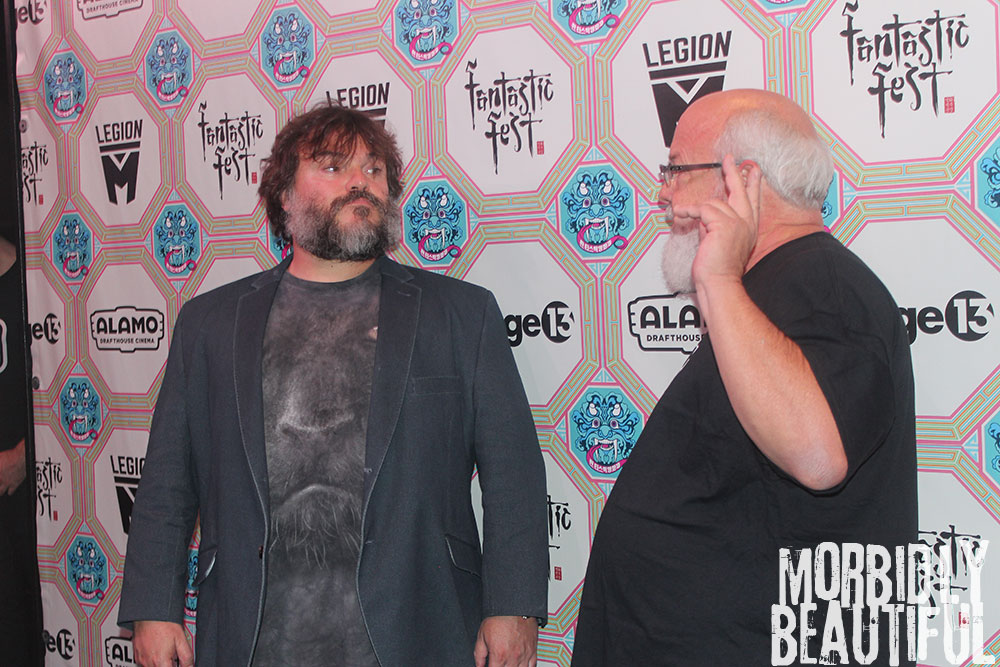 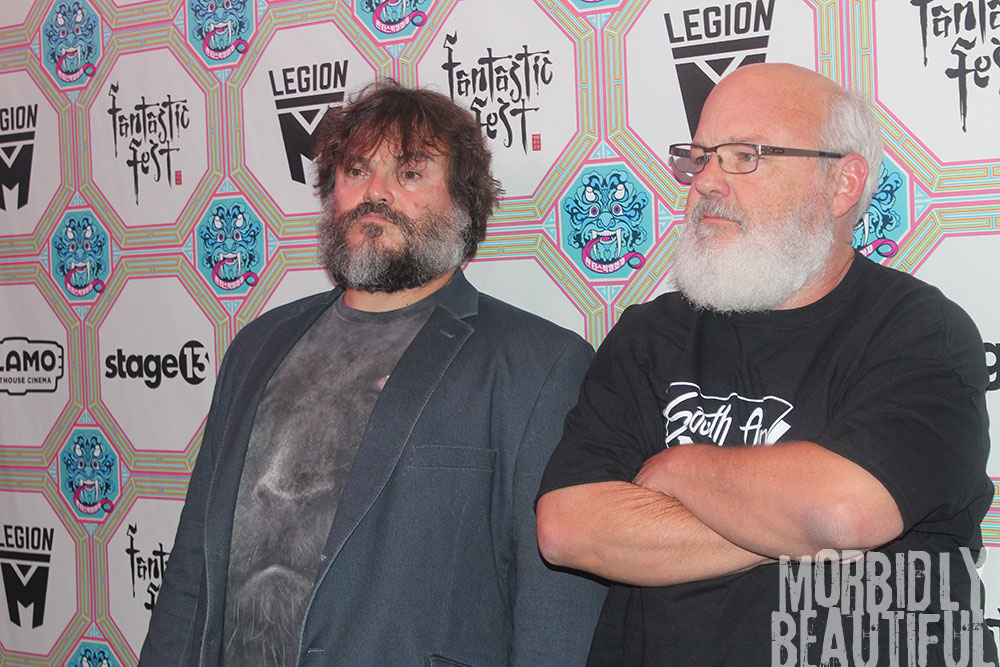 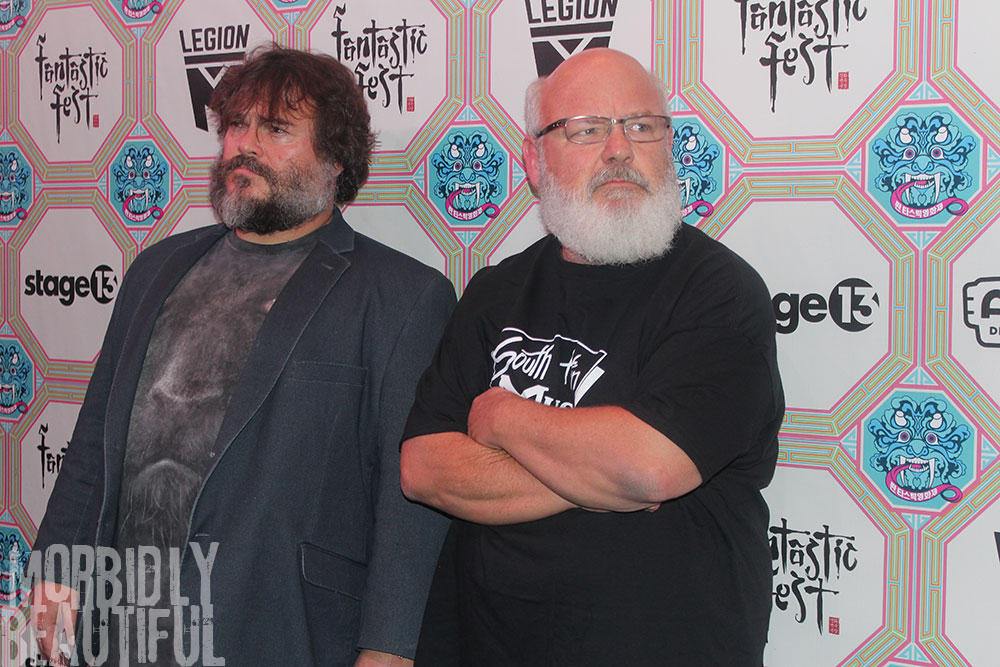 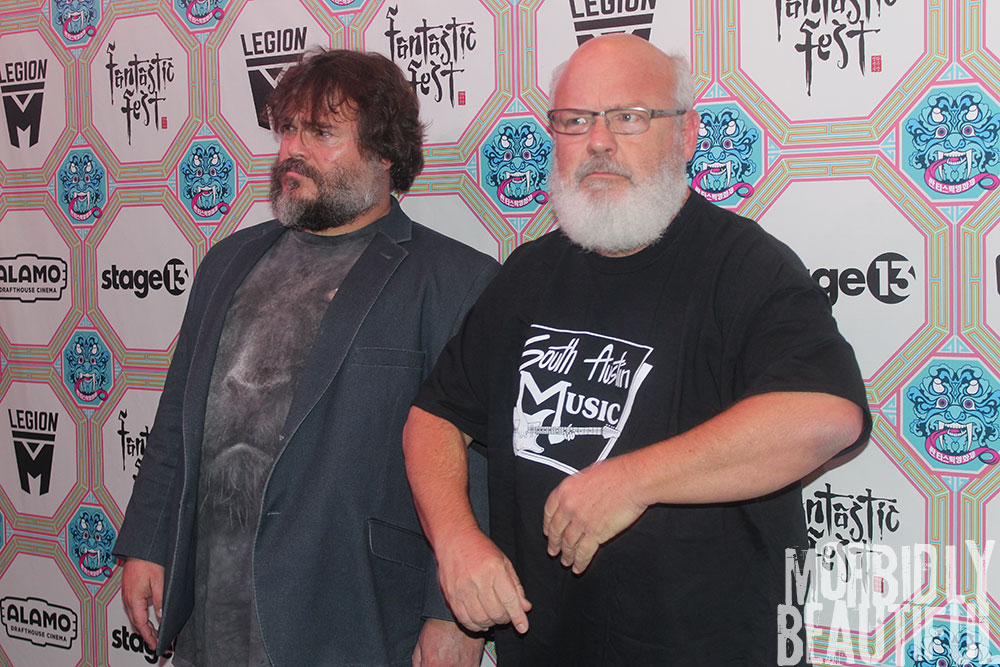 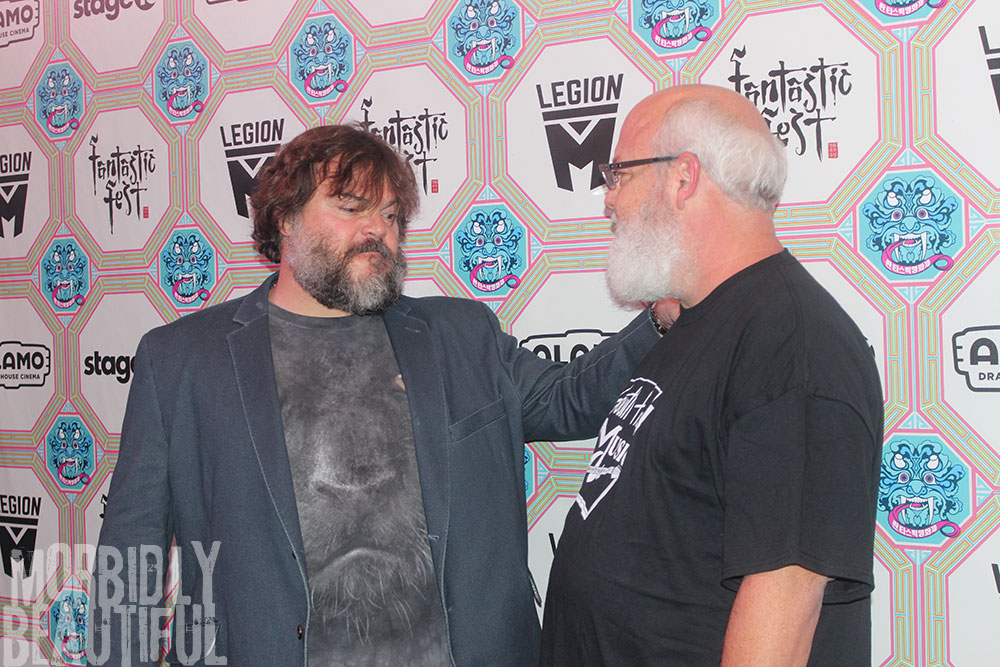 It’s been six years since we’ve been graced with a new Tenacious D album (not since 2012’s Rize of the Fenix), otherwise known as an eternity for the fandom that still worships The Greatest Band in the World. It’s how each day in a vast, apocalyptic wasteland must feel. And the joy I felt at once again hearing the band rock out together —  both while watching Post-Apocalypto and during the small but incredible set the band performed for Fantastic Fest attendees afterwards  — made me think Tenacious D really had come back to save the world.

The new album is produced by John Spiker, with Dave Grohl returning to provide drums. Post-Apocalypto the album is available to pre-order and will be available digitally, on CD, translucent green vinyl and as a limited edition vinyl picture disc.

The first episode of Post-Apocalypto will premiere on the duo’s YouTube page on Sept. 28 and a new edition will drop each Friday.