Jonah Hill’s extraordinary directorial debut “Mid90s” is a touching and relatable ode to the heartbreak and hope of youth and the moments that define us. 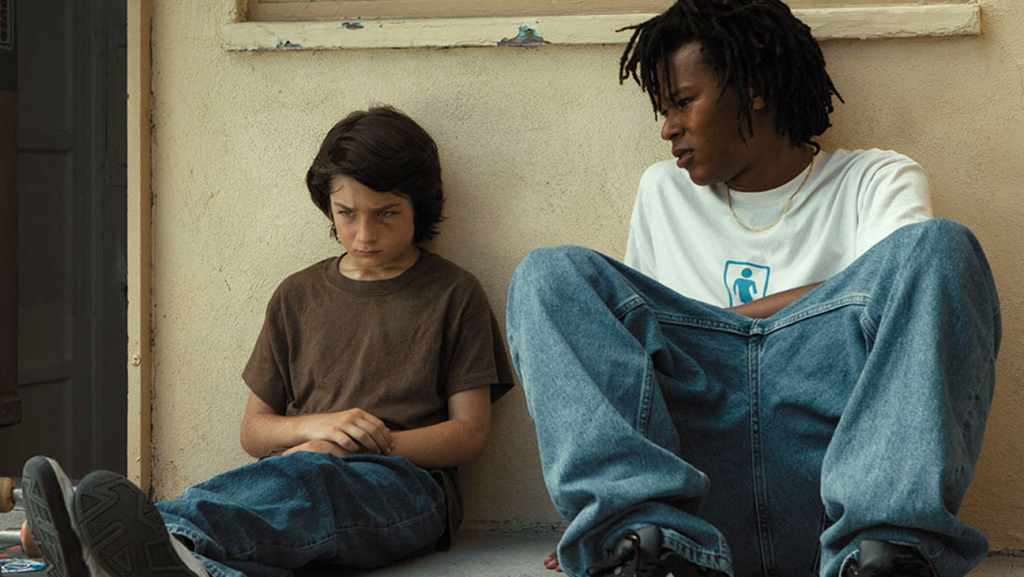 Ok, so it’s not horror. Unless you count the awkwardness of adolescence and the struggle to find your identity during those physically, emotionally, and mentally challenging years as horror — in which case, yeah, it’s terrifying.

Officially billed as a dramatic comedy, Jonah Hill’s startling directorial debut Mid90s runs the gamut of emotions. Like the time of youthful innocence and turmoil it so brilliantly captures, the film is at times sweet and incredibly funny. Other times, it’s heartbreaking in its beautifully raw reality.

Reluctantly revealing my age, I’m a child of the 90s. And Hill’s gem of a film so perfectly captures the essence of the era that defined my youth. 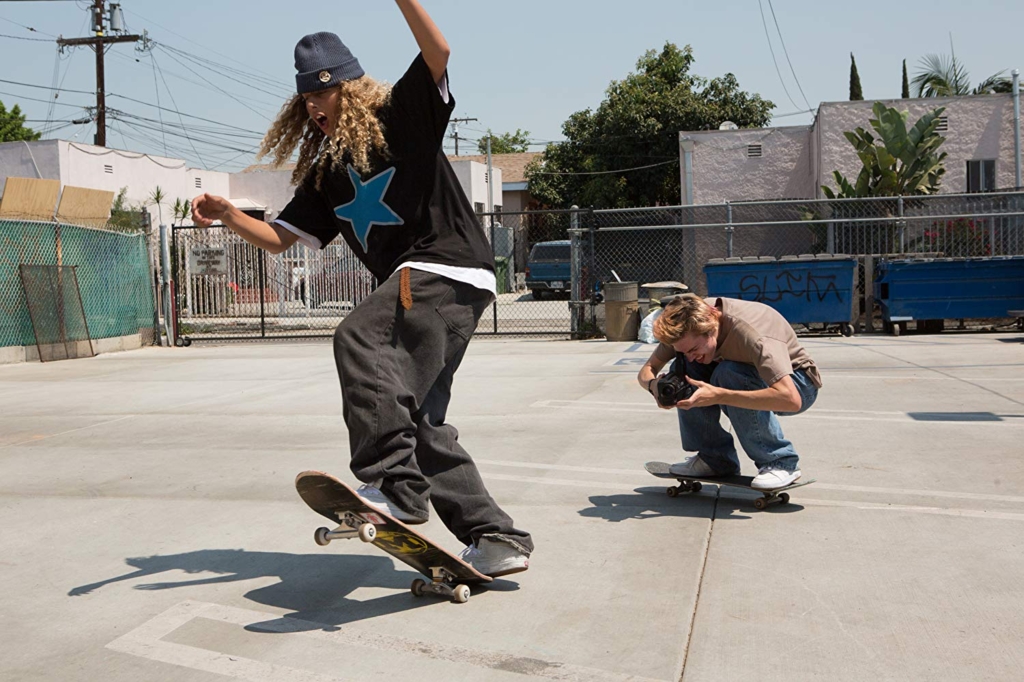 In fact, the music is a highly effective and integral part of the film, infusing every scene with heart and authenticity — transporting everyone over the age of 30 back to a time when music was more than entertainment, it was the soundtrack to our lives. Every song helped shape our formative years of self-discovery.

Hill explained during the post-screening Q&A that he wrote scenes to the specific songs used in the film. To help get his young actors in the proper mindset, allowing them to fully inhabit the headspace of teens coming of age in the 90s, he gave each of them an iPod pre-loaded with an essential 90s playlist and the music from the film. 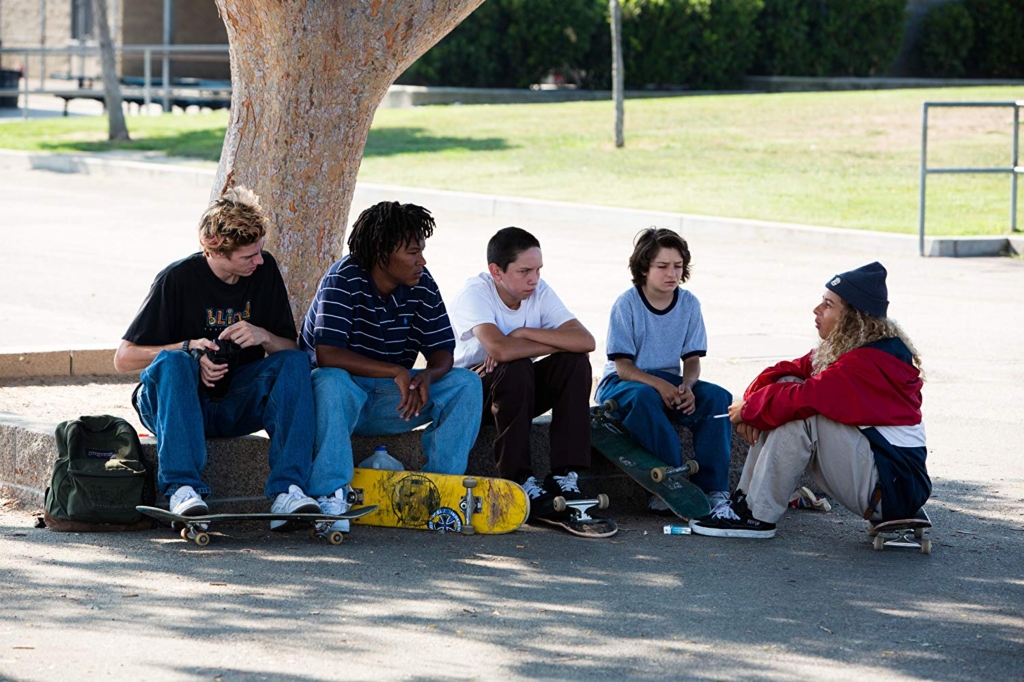 In addition to the expertly curated soundtrack, there’s the haunting score by Trent Reznor (himself a 90s icon) and Atticus Ross that perfectly captures the disparate tones of the film — ranging from beautiful moments of youthful exuberance and freedom to the darker, more somber moments when the pain of reality comes crashing down with brute force. The talented duo deliver some of the finest work of their career for this film.

As good as the film sounds, it also looks incredible. Cinematographer Christopher Blauvelt shot the film on 16mm, giving it a wonderfully authentic, washed-out look of a 90s-era film shot on camcorder. The film is presented in letterbox 4:3 format, heavily reminiscent of the way films used to be watched on VHS. It has a charming home movie feel that enhances the nostalgic quality of the film.

Hill smartly keeps the camera wide during many of the shots, allowing actors to organically come in and out of the frame and making each scene ring incredibly true — sometimes uncomfortably so. There are scenes of violence, like a powerful opening scene involving a primal fight between two brothers, that feel brutally real and refreshingly anti-Hollywood. 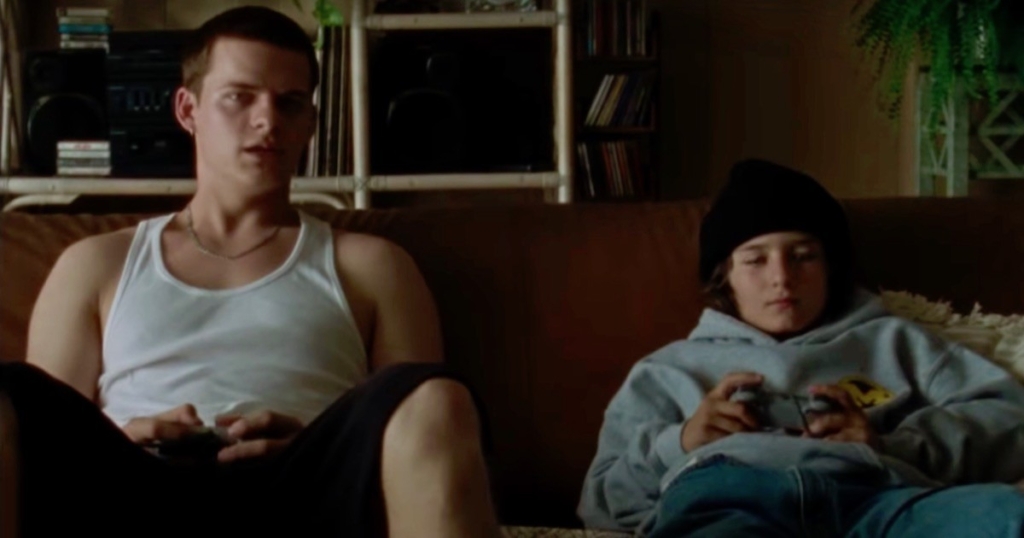 There’s no stylized choreography, no close ups and edits to remind you it’s only a movie. It’s a strategic choice that keeps you fully immersed in this wonderful world Hill has created — a world that feels so lived in, so relatable, so perfectly evocative of a particular time and place.

Hill’s decision to cast mostly non-professional actors and real skateboarders was another stroke of genius, as the young cast is extraordinary. The performances feel extremely real, raw, and honest. There’s so much tenderness and heartache expressed by the collective bond shared by this group of outsiders — each struggling to find their way against a backdrop of personal pain, familial drama, and fear of the future. The youngest member of the teen cast is Sunny Suljic, who also happens to be the film’s center of gravity. He boasts the biggest acting resume, including last year’s The Killing of a Sacred Deer and his latest, The House with a Clock in Its Walls. If he wasn’t already on a fast track to superstardom, he surely must be after this tour de force performance.

In less capable hands, Mid90s could have easily been just another typical coming-of-age drama, or another pretentious overindulgence in heavy-handed nostalgia.

Yet Hill shows such an obvious affection for the material, and a respect and genuine empathy for his characters. As a result, he’s crafted a remarkable, heartfelt, and incredibly affecting portrait of adolescence that is neither condescending nor overly indulgent. It’s a thoughtful and sincere exploration of the turbulent jou