Our first dig into the 90s feels totally 80s and leaves a lot of room for growth, but damn it feels good to watch horror movies. 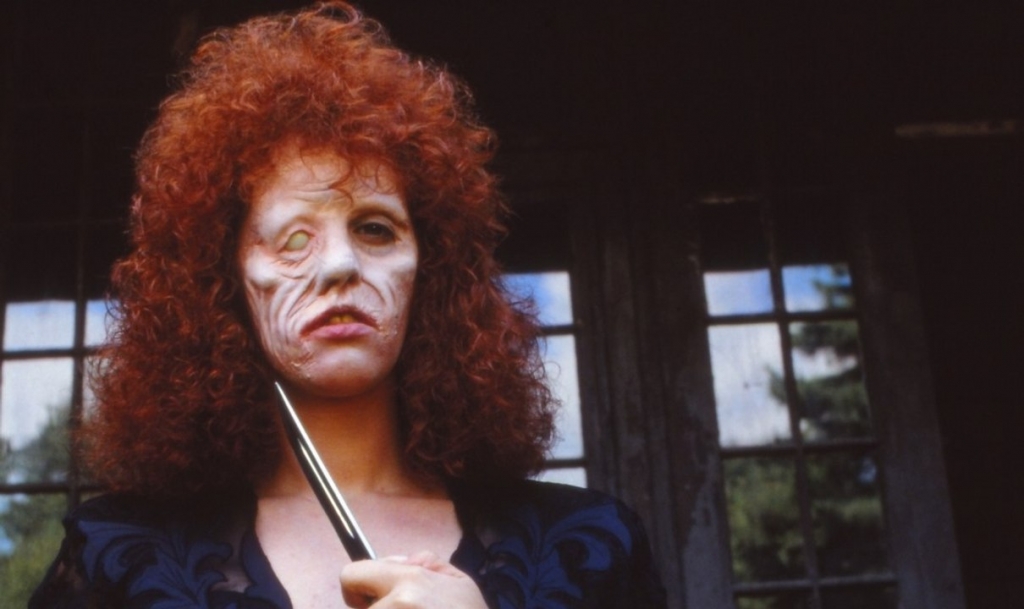 A group of teens stop for shelter at a seemingly abandoned mansion but find it inhabited by a phantom mask-wearing killer. Let’s dig into 1990’s “Deadly Manor”, directed by Jose Ramon Larraz!

Also known as Savage Lust, this 1990 slasher was a last gasp of the cash in on 1980’s slashers, and it shows just how little steam was left in the sails of this sub-genre. A solid decade of every possible slash and cut and masked figure hidden in dark corners exhausted the creative juices and paved the way for the uber eccentric low budget and straight-to-video horror that was set to flood the shelves of video stores nationwide. But, it started after Deadly Manor.

After a cool cameo by Bob’s Big Boy, we enter a trope initiated by The Texas Chainsaw Massacre as far as I’m concerned — and similar to Hitchcock’s often vacuously copied Psycho shower scene — with a group of traveling teens picking up a hitchhiker.

I wish the hitchhiker, Jack, had more of an impact on the story as there was plenty of inherent tension that could have been built with his presence, but there were so many characters that had such amoeba-like traits, it’s not surprising this chance was wasted. 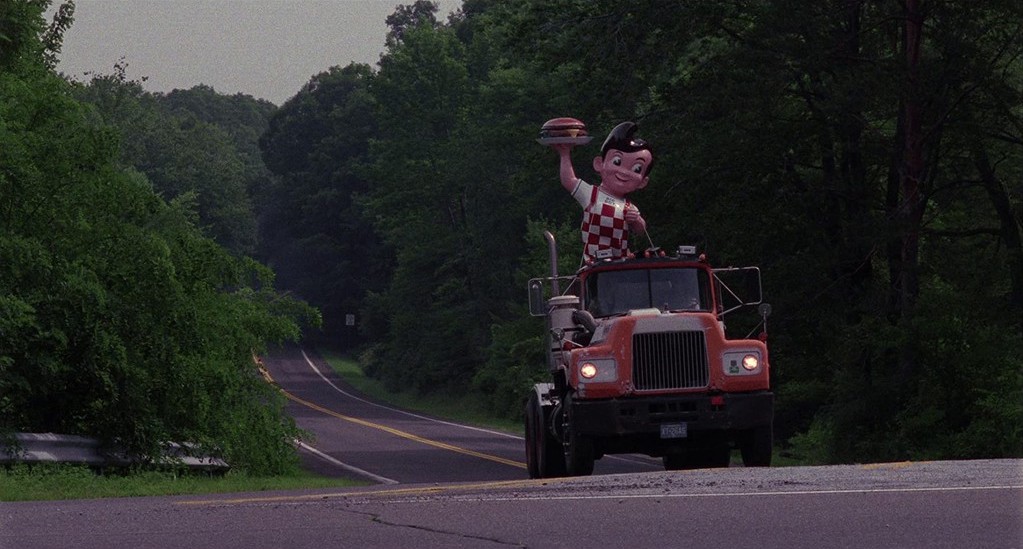 The promise of exploring an abandoned mansion hidden in the woods fails to build momentum, and a dream-like ghost sex scene makes no sense when you find out the threat is actually somatic rather than supernatural. The mask of the killer, which looks like a full-face phantom mask, is generic… but somehow unique if only because no one else dared to put something so simple on-screen. The killer’s deformed face doesn’t win any awards, and her maimed eye sorta looks like Yoshi’s egg.

The final girl is not who you’d expect, and I’m not sure it was thought out beforehand who would exit with their hand raised and throat intact. But Kathleen Patane (Anne) drew the short straw, so she had to spend the longest time on set.

A mundane effort that I somehow don’t end up hating.

Jennifer Delora (the mask-wearing Amanda) had roles in quite a few low-budget 80’s horror films, including Robot Holocaust (1987), Deranged (1987), as well as the coveted Frankenhooker (1990). 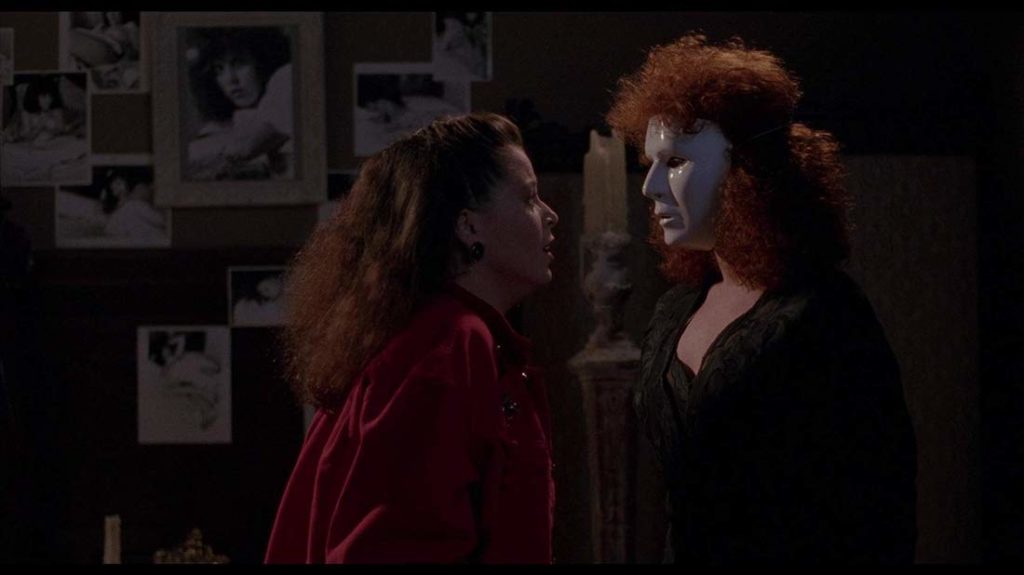 When you don’t know what else to do with the middle of a script, throw a sex scene in there, right? Even that scene couldn’t climax as Susan gets sidetracked when another guy enters the room while Rod searches for a contraceptive.

Clark Tufts (Jack the hitchhiker/escaped con) looks like a Buffalo Bill era Ted Levine, and I love me some Ted Levine.

Finding a location like this that’s planned for demolition is like catching lightning in a bottle. Shot in Millburn, New York an area of Suffern right off the thruway, the Millburn Manor was demolished shortly after filming and is the ripest character of the film. I suppose if you stumbled upon similar resources, it wouldn’t matter much what kind of ghost or slasher story you crafted inside its walls as long as it was clever.

Arrow Films released a Blu-ray of this film, which you can also stream from their platform, or find it free with ads on Tubi.