While the social commentary may not hit as hard as intended, “Barbarians” is well written, well-acted, and more than worth your time.

When it comes to horror, the “dinner party from hell” plot device can be a mixed bag. When it’s done well, it can be incredibly effective (think The Invitation, or Coherence). But other times, it can come across as weak and tired at best.

Writer-director Charles Dorfman’s Barbarians seeks to take this subgenre in an intriguing direction with the help of talent like Tom Cullen, Iwan Rheon, Ines Spiridonov, and Catalina Sandino Moreno.

The ill-fated dinner party in question is intended to be a birthday celebration for Adam (Rheon). However, this gathering feels anything but festive right from the very beginning. The already fragile Adam hasn’t been having the best day thanks to various strange experiences, including the almost-corpse of a fox that mysteriously keeps reappearing.

As might be expected in a film like this, it’s not long before the dinner conversation turns uncomfortable, causing secrets to come out and buried tensions to express themselves in frightening ways.

As the evening wears on, things only continue to spiral down into well-trod horror territory when a knock at the door leads to a surprise home invasion. Additional topics, like the morality (or lack thereof) of building on indigenous land, are also touched upon as the unlikeable foursome of friends attempt to survive the night as best they can.

In case it wasn’t apparent from the synopsis, Barbarians is a parade of nods toward very well-known horror tropes any genre fan will be familiar with.

The masked home invaders will instantly remind viewers of The Strangers, while the eerie, low-pitched score feels like a callback to The Shining.

And, of course, there’s the dinner party setting – perfect fodder for uncomfortable conversations, spilled secrets, and lies dragged kicking and screaming into the light.

There’s also the way more or less all of the protagonists are awful, unlikeable people on one level or another. Naturally, that makes the story more interesting, but it also makes it pretty hard to care about the ultimate fate of any of the characters.

Lucas is a classic toxic alpha male, while Adam is a nearly insufferable beta type who doesn’t seem capable of bravery even if his life depends on it (and it might). And the women, Eva and Chloe, don’t turn out to be much better.

However, characters like these also feel disturbingly true to life in a world where people have spent the better part of a pandemic arguing over face masks and where a movie star made headlines for slapping another man across the face at the Oscars.

That may even be why Barbarians doesn’t blow the viewer’s hair back in the way most would hope for when it comes to horror movies. 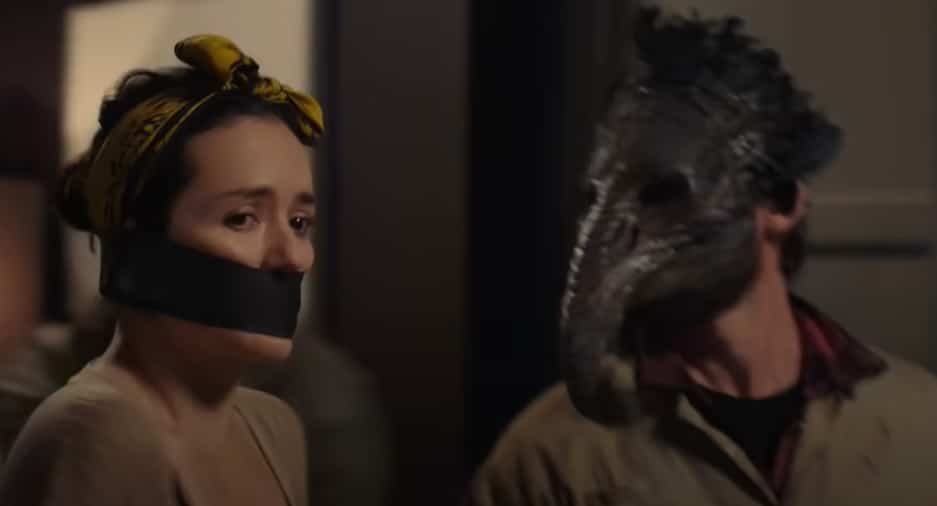 But the fact that this film is incredibly well-acted makes it easier to forgive the toothless attempt at biting social commentary.

Iwan Rheon is especially good as Adam, which won’t surprise anyone who caught even a little of his chilling performance as Ramsay Bolton in Game of Thrones. In fact, the performances alone make Barbarians well worth a watch if you’re into home invasion films, dinner-party-gone-wrong stories, or both.

The conversations are also a noteworthy highlight – a must with stories that count on progressively uncomfortable dialogue to propel the story forward.

So, no, Barbarians is hardly set to become a modern classic or make waves the way Get Out did for spotlighting critical problems in society today. But it’s entertaining enough that you won’t feel like you wasted your time.

Barbarians is now available to rent on most VOD platforms.