“Meatball Machine” is an insane Japanese gore film that will dazzle you with its special effects while leaving you questioning, “WTF did I just watch?” 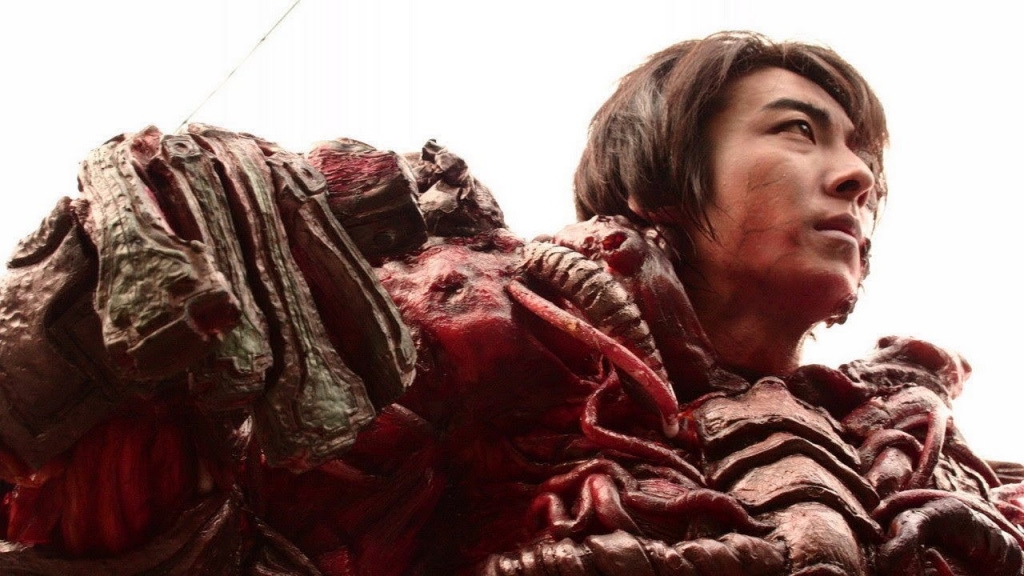 This week’s Tubi Tuesday is probably the most odd film covered in this series to date.

It’s your classic ‘boy meets girl, boy gets beat up by a man in a dress, boy finds a space spore, girl gets infected by said space spore and is transformed into a mutant killing machine’ story. It’s borderline horror and really more of a sci-fi film, and it seems to have been made solely to show off the incredible skills of a special effects team — and for no other real reason.

With a bizarre title and an even more bizarre premise, prepare yourself for Meatball Machine.

Meatball Machine comes from the often overlooked, but always unique sub genre of Japanese gore horror, which focuses heavily on special effects in favor of story. 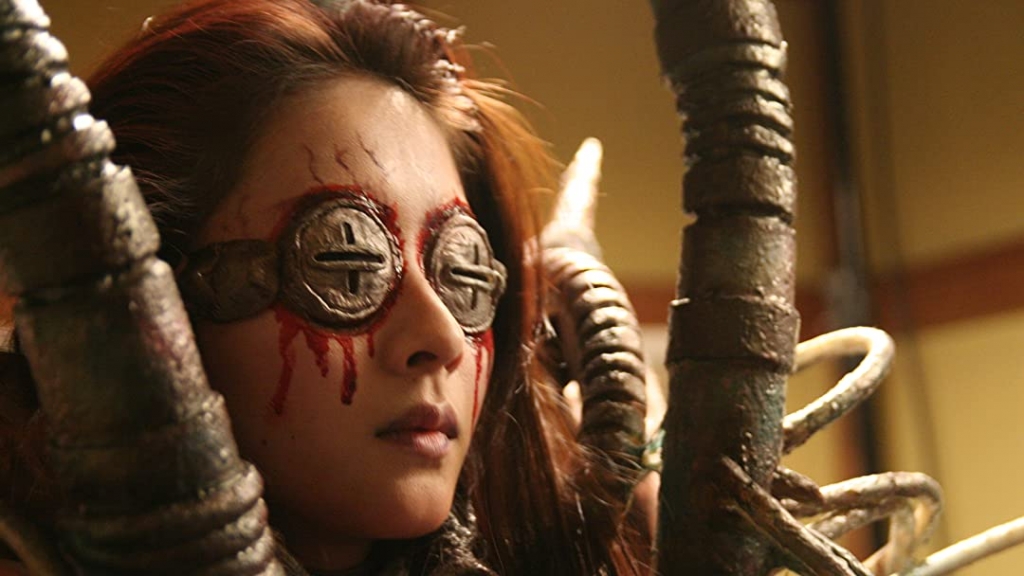 Buckets and buckets of blood flood the screen in a sea of red, all accompanied by fantastic monster characters that would fit in perfectly playing bass guitar for GWAR.

This sub genre’s lineage can be traced back to the Tetsuo series of films, which saw the titular character transforming into a strange cybernetic organism hell bent on destruction. These films typically have inconsequential stories and over-the-top, cartoonish action sequences, and they produce some of the most batshit crazy kill scenes in film history. Meatball Machine is no different.

The film follows Yoji, a lonely, bullied man who falls in love with a girl named Sachiko who lives near the factory where he works. One night, Yoji finds himself at an adult movie theatre where he is propositioned by a man in a dress. When he denies the man’s advances, he is beaten up in the alleyway behind the theatre. There, laying in the trash beaten to a pulp, he finds a strange mechanical alien egg spore. Naturally, he brings it home.

The next night, he saves the love of his life, Sachiko, from being raped by his co-worker and rival.

He brings Sachiko home, and that’s where it gets weird. 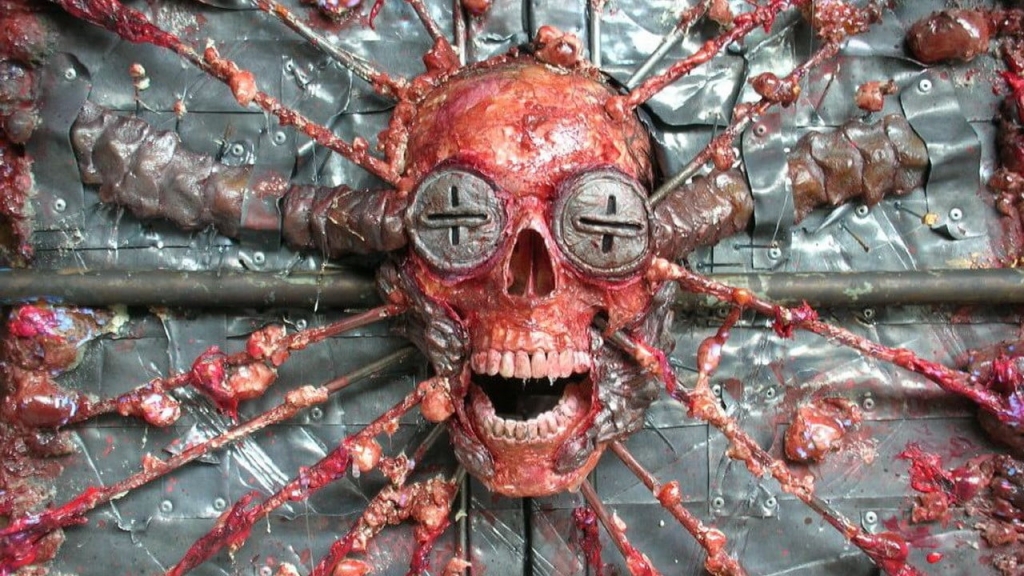 During a discussion about childhood abuse, the alien bug spore creature bursts out of Yoji’s closet and attaches itself to Sachiko’s chest; tentacles start flying everywhere. Inside of the egg is a little creature who is using the tentacles to insert itself into every portion of Sachiko’s body to control it, and somehow her body gets transformed. Now, it has a gigantic drill for an arm and is covered with crude, organic bio-mechanical armor.

The scene lasts for an exorbitant amount of time and is very graphic. The whole thing ends with some kind of apparatus wrapping around the girl’s head and drilling into her eyes.

The egg spore things came from outer space, and they are basically parasites that take over the human body, using it as a meatball machine. The goal of the spores is to use the human body as a weapon to fight against other egg spores. The winner of this battle to the death collects a silver egg from inside the human body and eats it.

This whole mythos is explained to Yoji by an insane doctor who spends his days finding and fighting the transformed humans to feed the silver egg things to his daughter, who is only slightly infected by the parasite. He tells Yoji all of this right before he locks him in a room with an artificially-created alien space spore who’s going to take over Yoji so the good doctor can farm the silver egg to feed to his daughter. 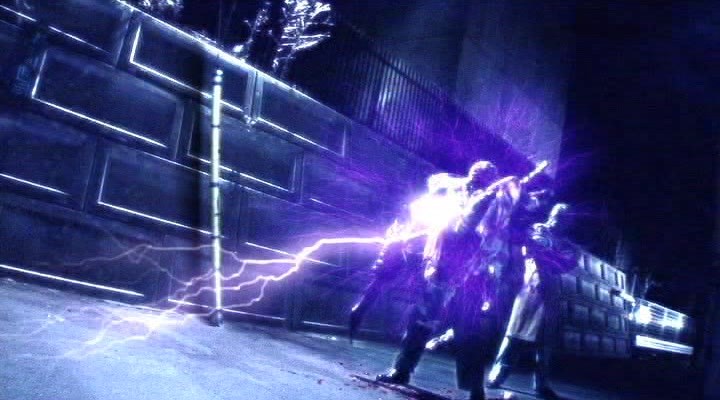 The third act is just as crazy as the first two, when we get to see the partially mutated Yoji battling for the heart of the fully mutated Sachiko in an abandoned factory area.

Seriously, the final 20 or so minutes of this film is nothing but a battle between two gigantic styrofoam monsters with gallons upon gallons of blood and gore. As the dust settles, and you think the insanity of the film is over, you get a weird bit of dialogue between two small monsters in a creepy language that is subtitled on screen with strange alien runes.

It’s an absolutely bizarre film that highlights the special effects team in the way only this great sub genre can.

Unique and interesting, definitely something to diversify your horror palate, and well worth a watch, check out Meatball Machine, streaming on Tubi today!