Breathing new life into the lost art of the creature feature, “It Waits” definitely makes you wait for the goods, but it doesn’t fail to deliver. 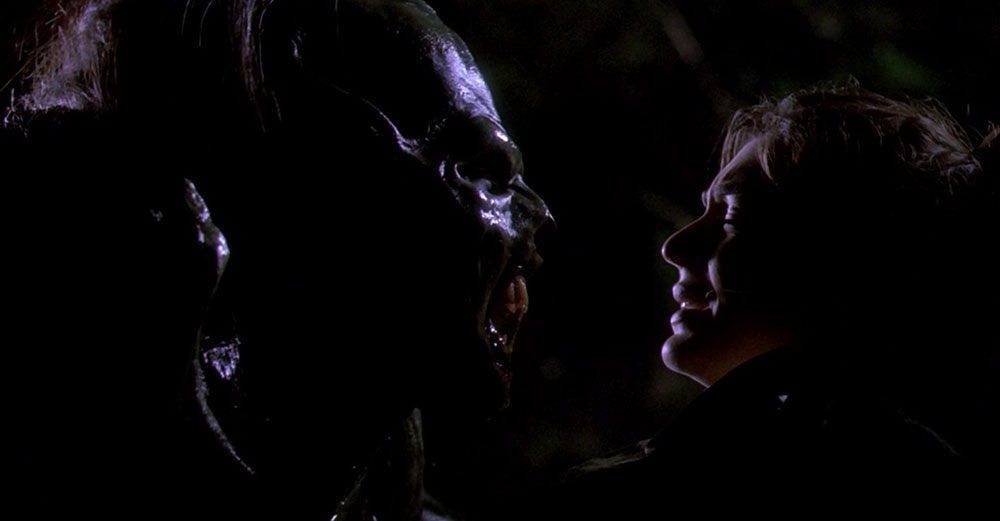 The creature feature is a classic horror sub-genre that has seemingly gone the way of the dodo in recent years.

Gone are the movies focusing on huge, hideous monsters wreaking havoc on a small town or a campground. These types of movies seem to have been replaced with more psychological horror films, slow burns, and character-driven features. Perhaps it’s a sign of the times, where the taste of the horror community is becoming more refined. Or, maybe, abandoning the creature means a lower budgetary cost.

Either way, I’ve definitely been missing the lost art of great monster movies, which made me really excited to review the modern, low-budget, creature feature It Waits for this column.

Although released in 2005, It Waits has a certain 90s, direct-to-video vibe to it. 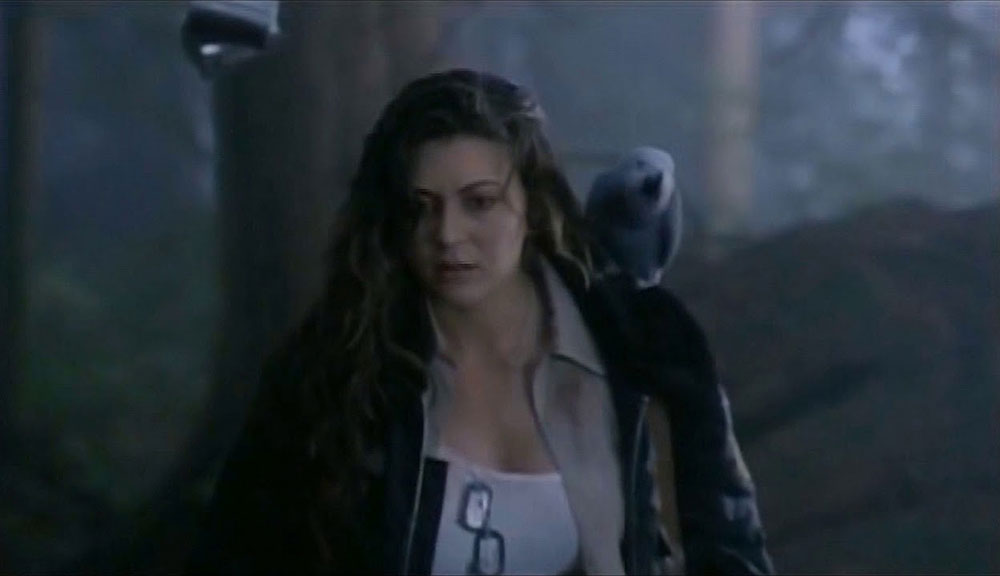 The film follows a very attractive forest ranger who battles an ancient, flying demon creature who has recently awakened from its slumber in a cave deep inside the area she is assigned to patrol. But a considerable amount of time goes by before we actually get to the flying, demonic creature ripping unsuspecting hikers limb from limb. To be honest, the opening was so disjointed, I almost turned it off.

The beginning of the film plays out more like a sad country music video than it does a horror movie, as it recounts numerous flashbacks from the main character, Danny (Cerina Vincent), recalling the night of her friend’s tragic death when the two got drunk in a bar and crashed their car driving home on a rainy back road. Left with only the memories, and her best friend’s bird, she tries to pick up the pieces and continue with her life as a forest ranger.

This includes a budding relationship with another park ranger, Justin (Dominic Zampronga), to whom she confesses that it was actually her driving the car that fateful night — a secret she has kept from everyone else in her life. After confessing to negligent homicide, there’s a sex scene set to some emotional country music and a montage of Danny with her ranger boyfriend.

Ok, now that we have addressed all the touchy feely stuff that’s irrelevant to the flying monster part of the story, we can get to the meat and potatoes of this movie. 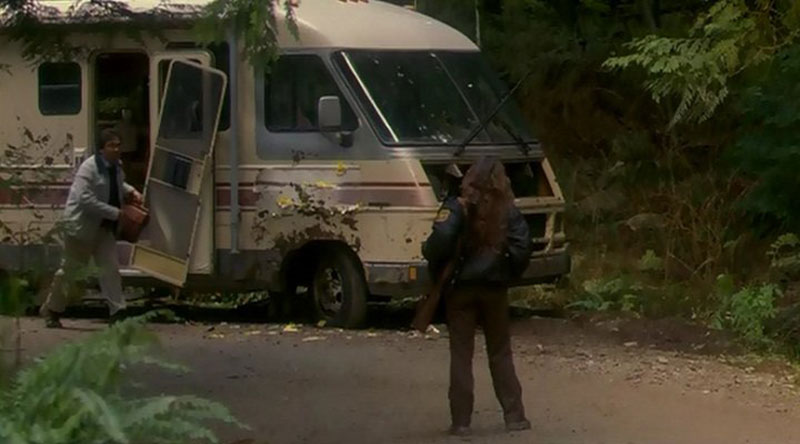 The night that Danny and Justin hook up in the ranger shack, the beast attacks and wrecks their truck. The next day, Danny and Justin go to investigate, thinking maybe a bear was to blame. To their horror, they discover the beast has murdered a bunch of hikers, and propped up their bodies around a card table for some reason.

But where’s the monster part?

The next morning, Danny runs into a Native American professor who explains the entire mythos:

“Zeus was born in a cave, Jesus was in a cave for three days. The creature waits in the cave.”

Seriously, the professor shows up, basically tells Danny she isn’t “woke”, and explains that the cave monster is similar to Zeus and Jesus. 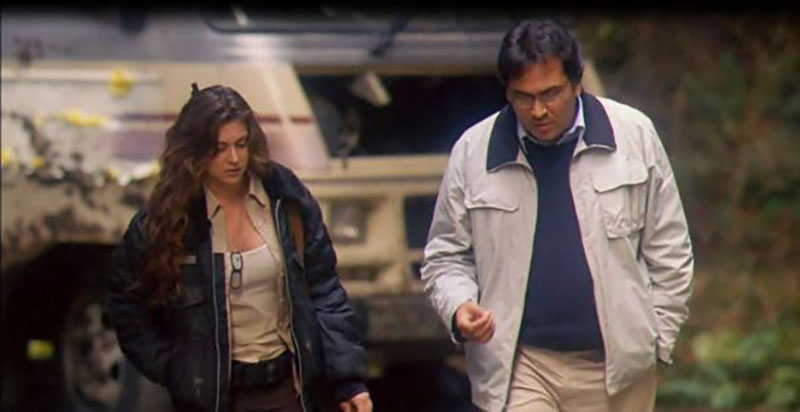 He also explains that the monster has a weakness; it’s a woman, just like Danny. Apparently, even though it’s a freaky flying demon creature who has spent the last thousand years living in a cave, it’s also a female and might have the need to nurture for some reason.

None of this ultimately matters.

Forget all of it, because the third act is exactly what audiences came for: a giant flying demon creature who rips humans limb from limb. 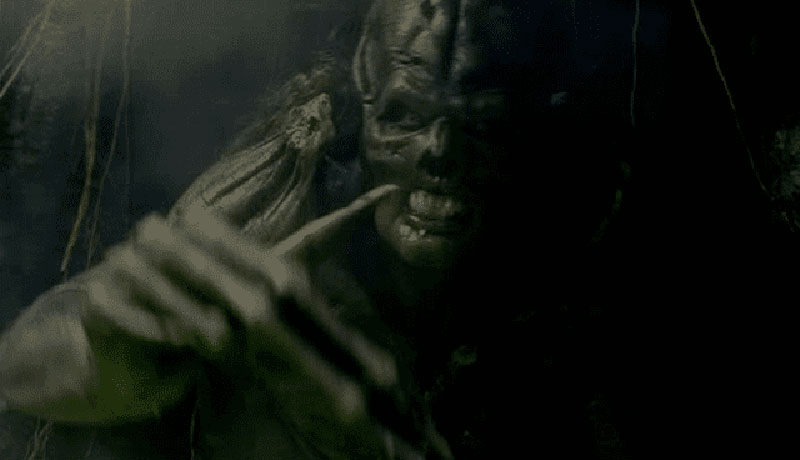 The special effects team waited patiently for the first two thirds of this film, and they do not disappoint! The monster is legitimately scary. And most of the time, it is in full view, not hidden in the shadows like many cheap creature features. When the blood and gore starts, it does not stop, and the tension in this film as the beast chases Danny through a dark cave is phenomenal.

Perhaps this early 2000s creature feature is more like the modern slow-burns and character driven horrors than I first imagined.  Overall, this is a great film, and is well worth the watch for great acting from a cast of virtual nobodies and fantastic creature effects.

Check out It Waits, now streaming on Tubi.