The under-the-radar sleeper “Eden Lake” is a fantastically gory survival horror film that even the most fickle fans will absolutely love. 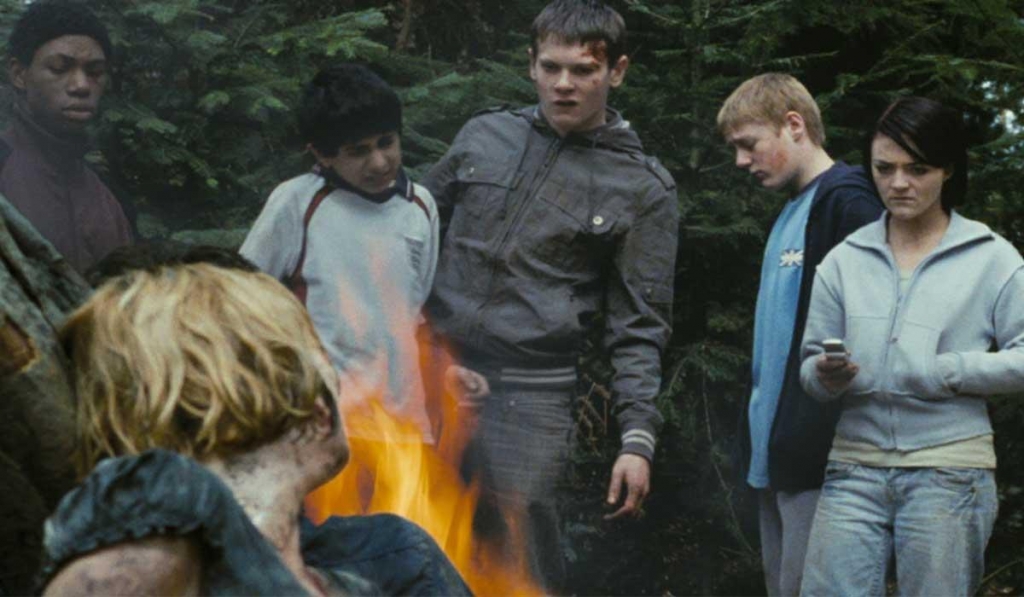 This week’s Tubi recommendation is an incredibly violent British horror film that co-stars a big-name Hollywood actor in one of his earliest roles. To explore a dark and deranged tale of the dangers of rebellious teenage angst, we’re taking a trip to Eden Lake.

The film follows a young couple, Jenny (Kelly Reilly) and Steve (Michael Fassbender), who travels to a remote country village for rest and relaxation. The countryside has everyone one would desire — including tranquil forests and serene lakes — as well as one very undesirable element: a group of delinquent teenagers with a mean rottweiler hell-bent on ruining all of the peace that nature has to offer.

It doesn’t take long for Jenny and Steve to come in contact with the young hoodlums, and it’s not long after that when tensions begin to boil over. The kids slash Steve’s tires, harass the couple while sleeping in their tents, and even go so far as stealing the couple’s car. Everything goes completely sideways when Steve stands up to the punks and accidentally kills the rottweiler that is basically family to the group of young teens.

Up until this point, the film is pretty tame. There are a couple of jump scares, but not much really happens except for Jenny trying to talk Steve out of fighting a bunch of 14-year-olds.

What follows, however, is a disturbing amount of torture, gore, and some on-screen kills that really push this film into the extreme horror category. The group of young teens tie up Steve and cut him up with box cutters, while one teen stabs him in the tongue. Jenny hides from the teens in a garbage can filled with rotting animal carcasses. Meanwhile, the children in the gang are murdered one by one in a brutal fashion as the gang leader starts to lose control of the situation.

Imagine THE HILLS HAVE EYES, but instead of being set in the American southwest, it’s set in a British forest, and instead of inbred hillbillies, it’s a bunch of punk kids on BMX bikes.

This film garnered a lot of media attention upon its release, with regards to its underlying message. In fact, it received quite a bit of bad press due to many thinking it was a social commentary condemning the poor and middle class as violent thugs. However, that’s not how I interpreted it at all.

To be honest, our protagonist Steve is kind of a dick, and he does kill the beloved dog of the teens. No amount of money or a stable home environment would change the reaction of the kids. And I think some journalists and critics may have been looking too deeply for meaning in what is essentially just a brutal — and very effective — straightforward horror film.

Check out this excellent, extremely intense film streaming for free now on Tubi.