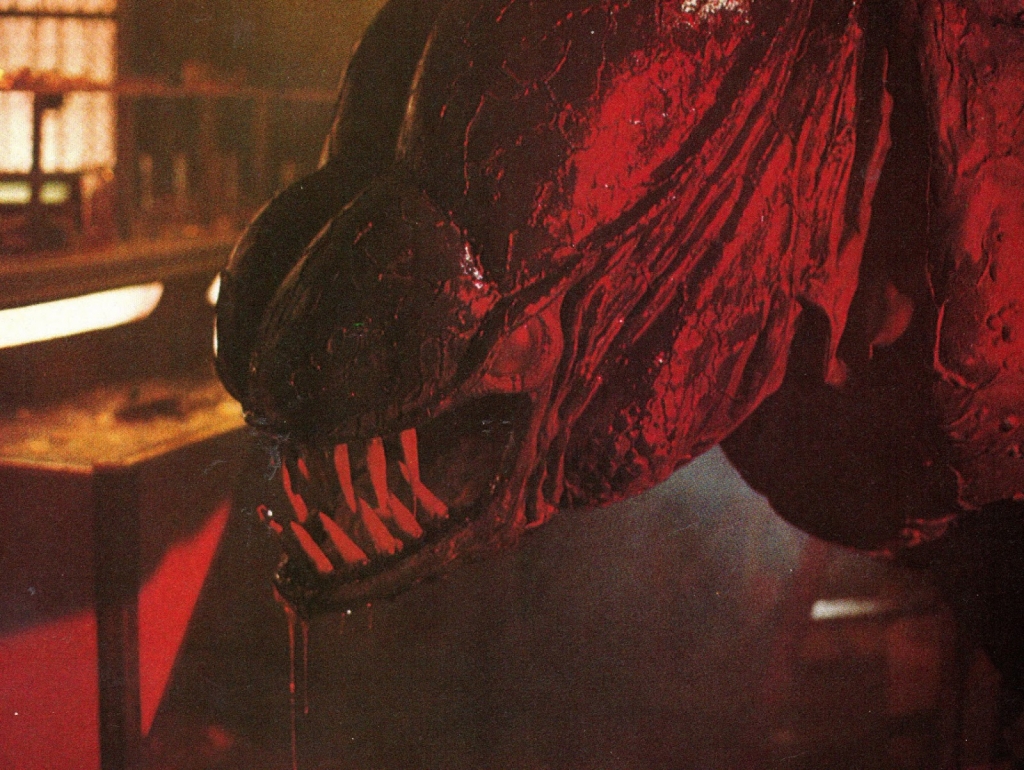 This week’s Tubi Tuesday entry is a wild one. It’s an early 80s Sci-Fi horror flick from Roger Corman that tries to capitalize on the success of Alien. But this movie couldn’t be further from Alien if it tried. Except for maybe the alien who looks exactly like the xenomorph. In fact, the alien in this movie is called “the metamorph”.

This whacky movie has everything you would expect from a low budget, early 80s Roger Corman exploitation film. 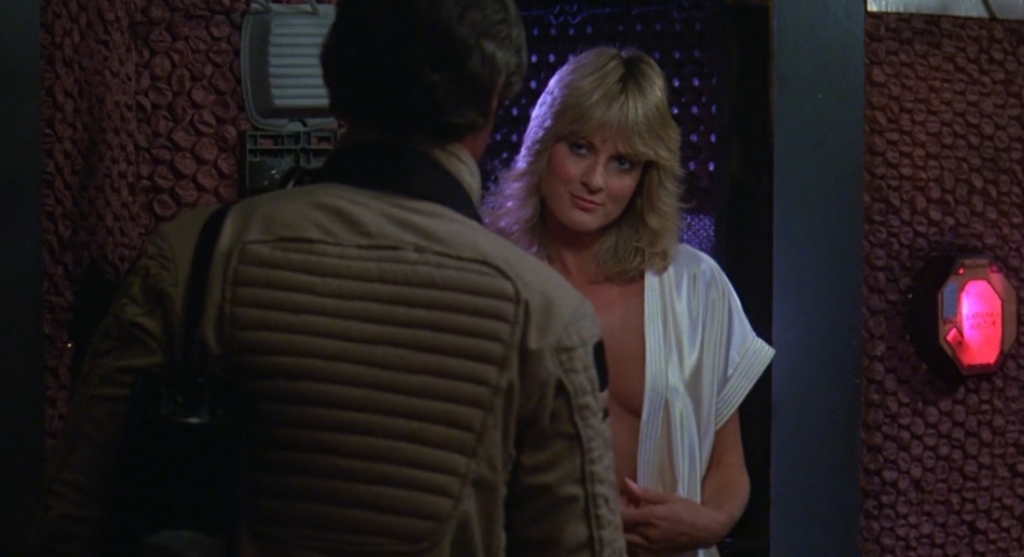 “You have four days to write, produce and direct a seven- to eight-minute opening of a space movie… I’ll give you an astronaut and a robot, and if you need any inspiration, I’ve always wanted to do a version of Lawrence of Arabia in outer space”

The above quote is from the infamous B-Movie producer Roger Corman, providing directors to the director of this film — who began filming without a script.

You can certainly tell that this was the case, as the movie opens with a 10-minute space battle set to classical music. The movie before the title card has nothing whatsoever to do with the movie after. Before is what appears to be a Star Wars rip-off with bright pulsating colors and space craft, dog-fighting action. After is a bleak, science-gone-bad horror movie set to bizarre electro music. 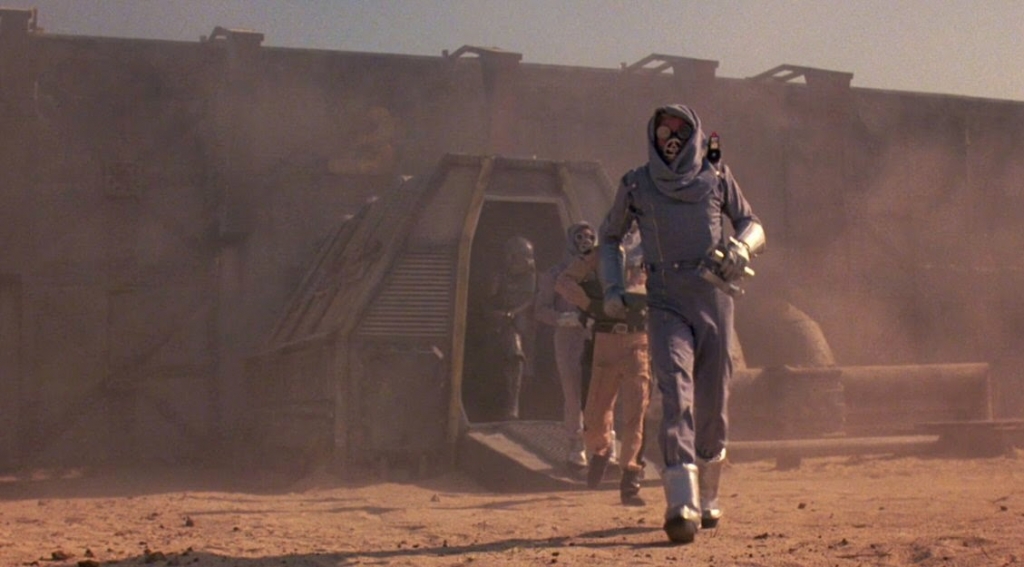 The basic plot of the movie is that there is an experimental life form, Subject 20, who was created from synthetic DNA called Proto B.

It was intended to be used to eliminate a galaxy wide food crisis. Forbidden World really tries to explain the science, but it’s all non-sensical. Most of it seems strung together based from what the special effects team was doing.

For instance, there is a very good effect where one of the alien’s victims is only partially dead, and his body is melting into this weird gelatinous goo. It’s super slimy and gross, and you get the impression that they just sorted out plot details after the goo effect was created. 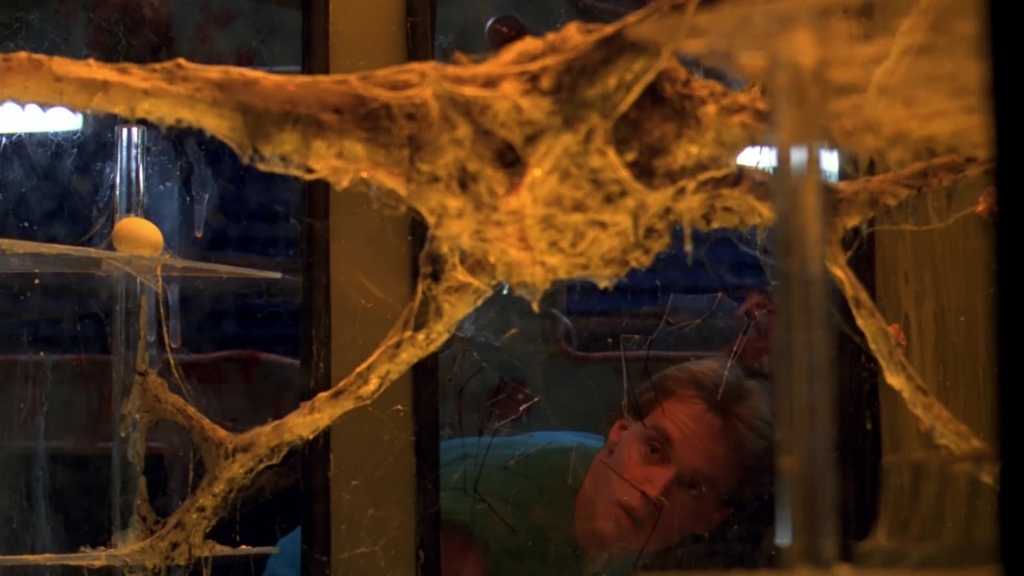 “Oh yeah, the alien is part human so, uhm, when he attacks people it like turns them into goo, so it can eat them or something.”

Throughout the movie, the residents of genetics research facility on planet Xarbia are one by one murdered by the vicious metamorph. Also, one by one, all the women in the facility are seduced by the main protagonist Mike Colby, whose motto is, “If it moves and it’s not one of us, shoot it”.

There is a fair amount of unnecessary nudity in this one. We get an extended sex scene, an extended disrobing, and an extended sauna scene — as well as numerous flashbacks to these scenes as the movie continues. It’s almost like they need to have additional minutes in the film, so they just randomly had flashbacks to boobs. Whatever, Roger Corman, you do you. 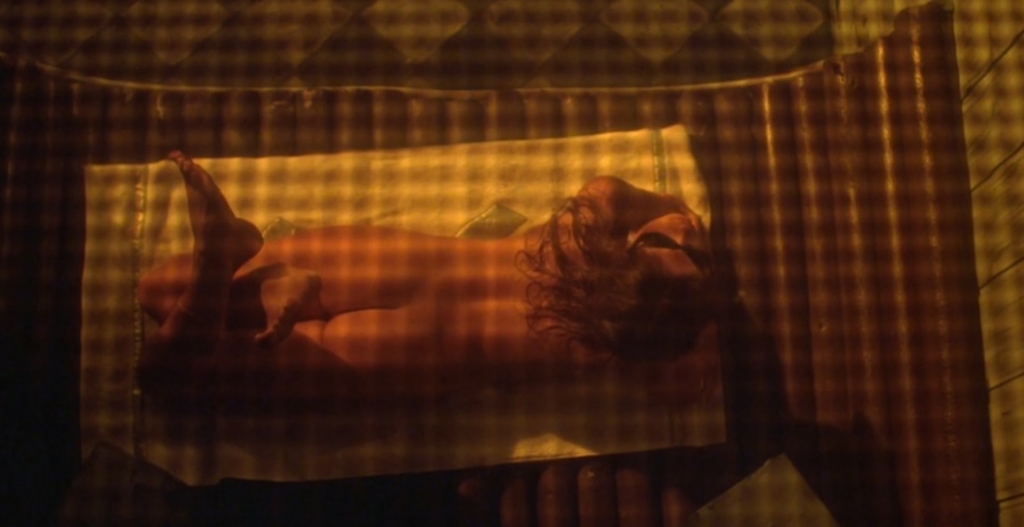 It’s slimy enough to make you lose your lunch, spooky enough for a few scares, and absurd enough to have you laughing out loud and wondering what the creators of this thing were thinking.

For example, there is an extended scene where the two female characters are nude in the sauna calculating a plan of attack to defeat the monster, who by this point in the movie they are calling “The Dingwhopper”. Also, since the monster is part human and takes on the genetic make-up of whatever it eats, our heroes decide to cut out the cancer-ridden liver of one of the doctors and feed it to the monster so it gets cancer and dies. 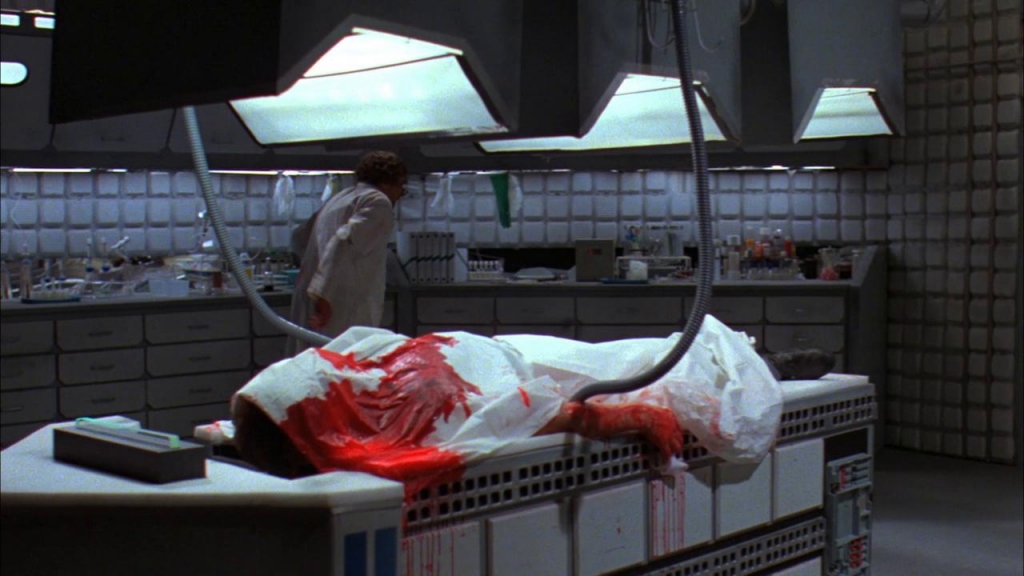 Forbidden World is a Roger Corman production of a Sci-Fi Horror Exploitation Slime Fest that is campy enough to be fun, culty enough to watch again and again, and goofy enough to make you smile. A must watch for all fans of classic cult horror and sci-fi films.

If you’re looking for something to watch off the beaten path, Forbidden World is currently streaming for free on Tubi.