If you’ve always felt that a traditional Western would make beautiful music with a classic horror premise, then “The Wind” may strike a perfect chord. 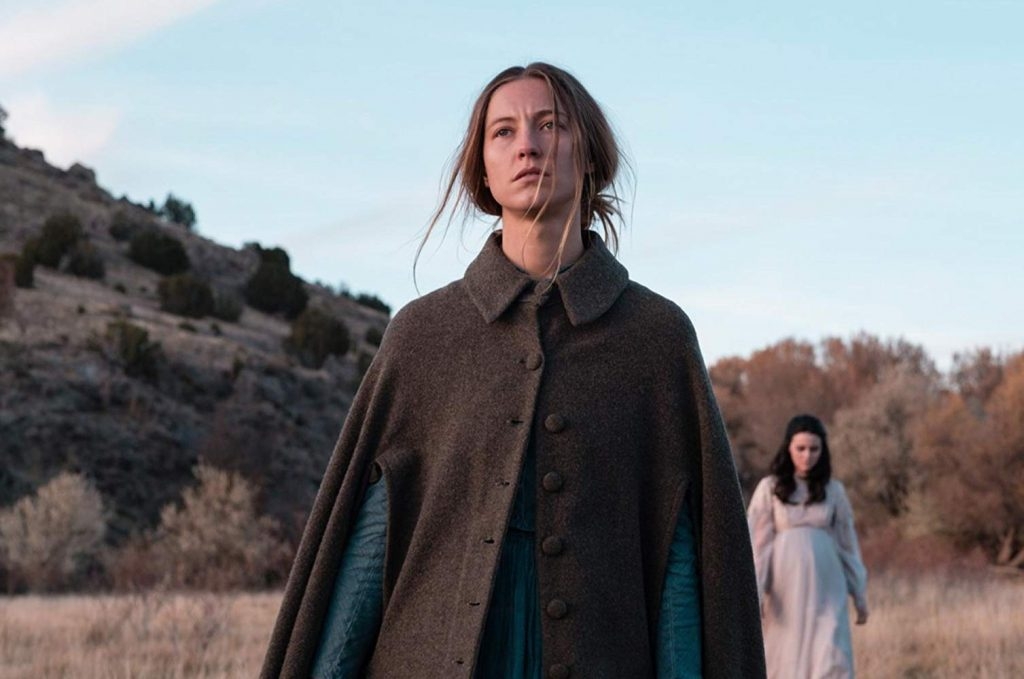 The Wind is the intriguing directorial debut from Emma Tammi, and it has had genre fans everywhere buzzing since it first debuted at the Toronto International Film Festival back in September of 2018. The Wind was written by Teresa Sutherland and stars Caitlin Gerard (Insidious: The Last Key, Smiley) in the lead. Ashley Zuckerman, Miles Anderson, and Julia Goldani Telles (Slender Man) co-star. Ben Lovett is responsible for the film’s haunting score.

The Wind grabs your attention right away.

We begin with a shot of Caitlin Gerard’s Lizzie dressed in blood-soaked clothes. She’s holding a baby that appears to be stillborn, but it is not her own. It actually belongs to Emma (Goldani Telles), who appears to have committed suicide. Naturally, the viewer can’t help but entertain a few questions. And the rest of the film aims to answer them (as well as inspire a few more) through a series of interlocking flashbacks and thrilling scenes. 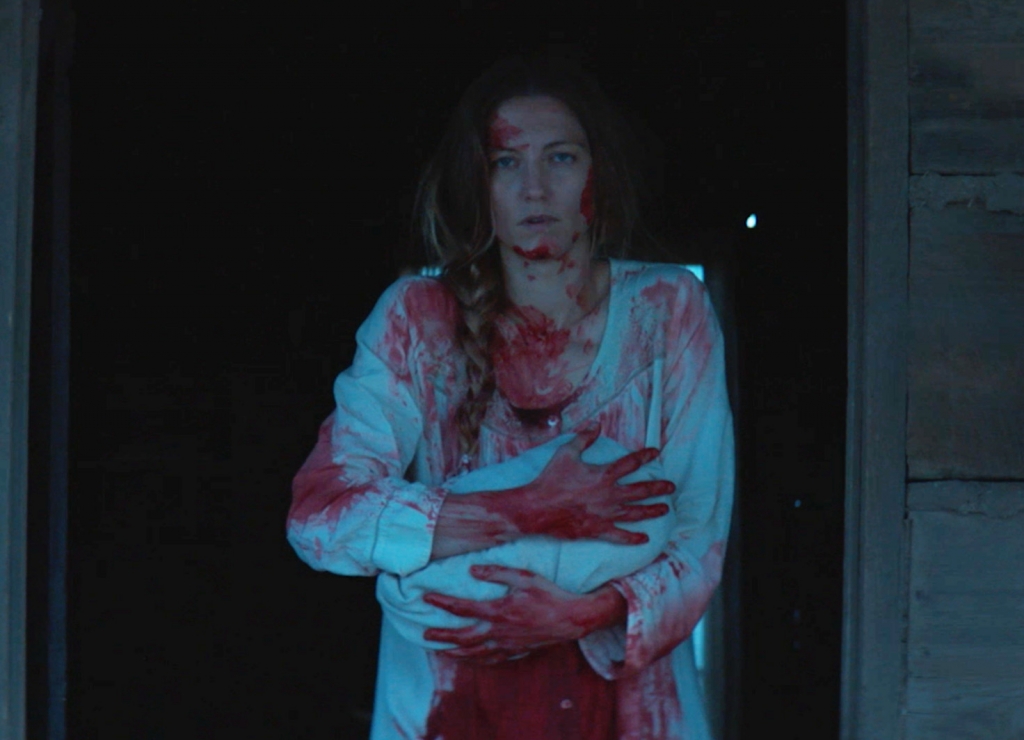 We soon learn that Lizzie and her husband Isaac lived a quiet but lonely life on the frontier for many years. Then Emma and her husband Gideon came along, the first to stake a claim nearby. At first, the new couple is very much a welcome intrusion after years of isolation and a little too much peace and quiet.

However, it’s not long before things start to go strange.

Emma is not only a little bit eccentric, but she’s positive the prairie where they live is haunted and that the beings doing the haunting are after her unborn baby. Is Emma right, or is there something much more sinister (and human) at play here? 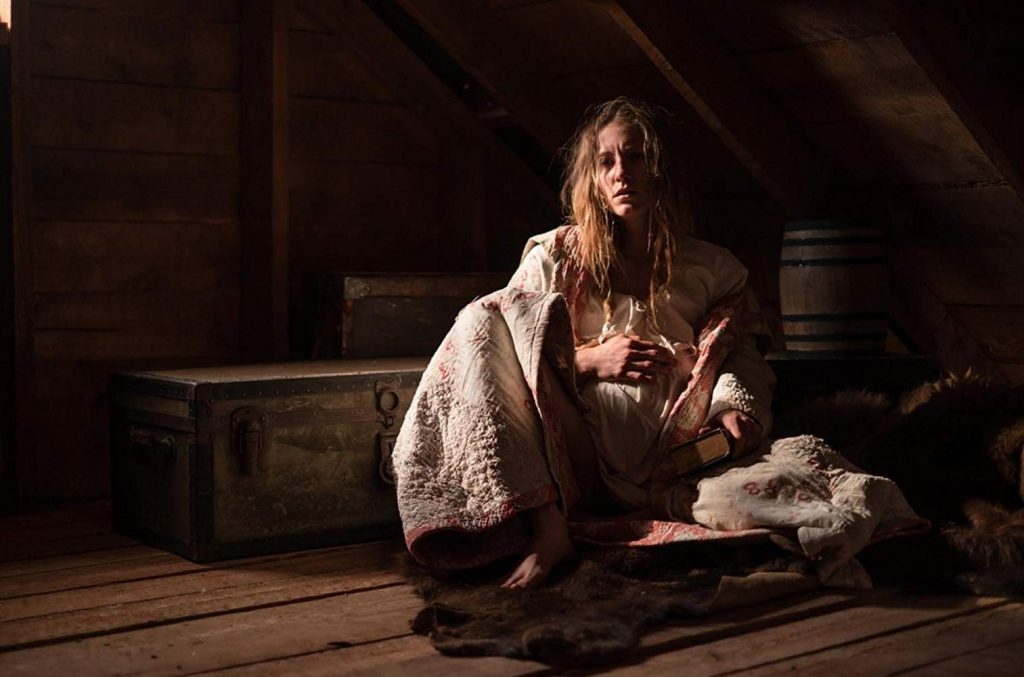 If you were one of the many who saw and loved Robert Eggers’s own intriguing directorial debut, The Witch back in 2015, The Wind is likely to remind you of it.

Both plot lines tackle serious universal themes like isolation, uncertainty, paranoia, and abandonment. Both films are set during tenuous times in America’s past that are gone but not forgotten. Religious and spiritual beliefs play strongly into the events that occur, and both films feature a strong female protagonist at the center of the action.

However, The Wind brings something else to the table too – just the right touch of the kind of personal drama that can only occur in such an isolated setting.

Overall, The Wind is a fantastic western horror. 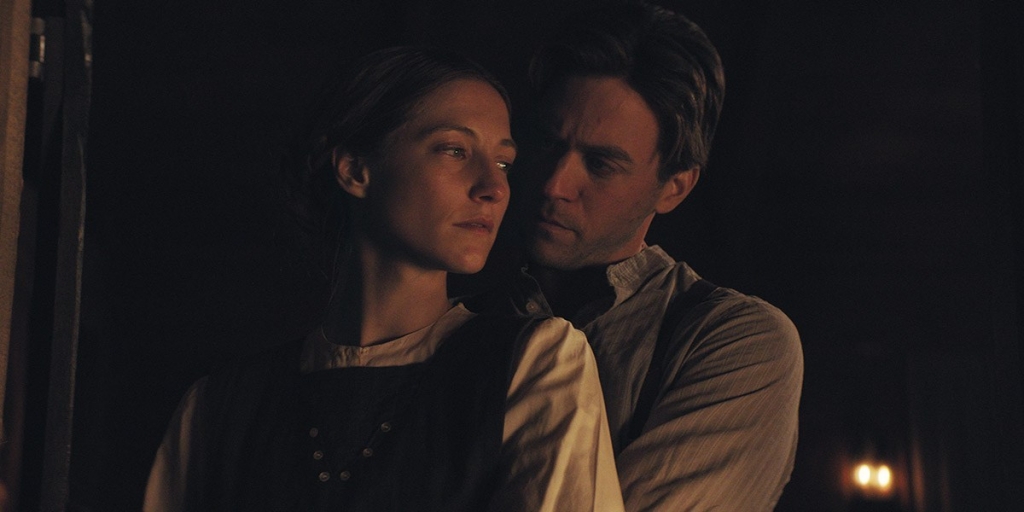 Sutherland’s writing combines seamlessly with Lyn Moncrief’s beautiful cinematography to create a world that’s familiar to anyone who’s watched many Westerns. However, it’s wholly ominous and unique as well. The lonely setting punctuated by the constantly howling wind perfectly mirrors the emotional isolation and pain of uncertainty that the principle characters feel.

It’s not hard to understand how life in such a setting could eventually get to a person. So if Emma is indeed a little crazy, it wouldn’t be surprising. However, the possibility of a haunted land that may or may not welcome settlement seems equally plausible.

This is an incredibly well-made western horror movie that deserves every bit of the buzz it’s generated so far, as well as plenty more. 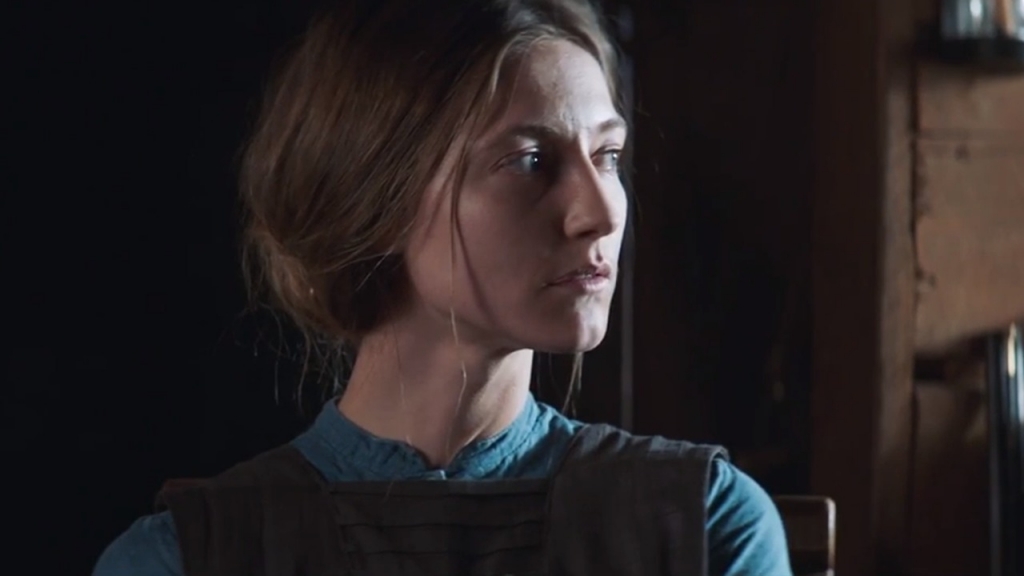 Tammi shines as director, as do all of the actors in their respective roles.

Gerard in particular sparkles as Lizzie. Her facial expressions alone speaking volumes in numerous scenes. The underlying themes of pain, loss, and loneliness are also fully explored in an intriguing way that gives the viewer plenty to think about long after the credits role.

The Wind is now available on digital from IFC Midnight, and it’s well worth the price of a rental. You can also click here to read another take on this great film.