Looking for a great mix of horror and absurdity? Look no further than the wonderfully weird and highly original 1982 film “Trick or Treats” on Tubi. 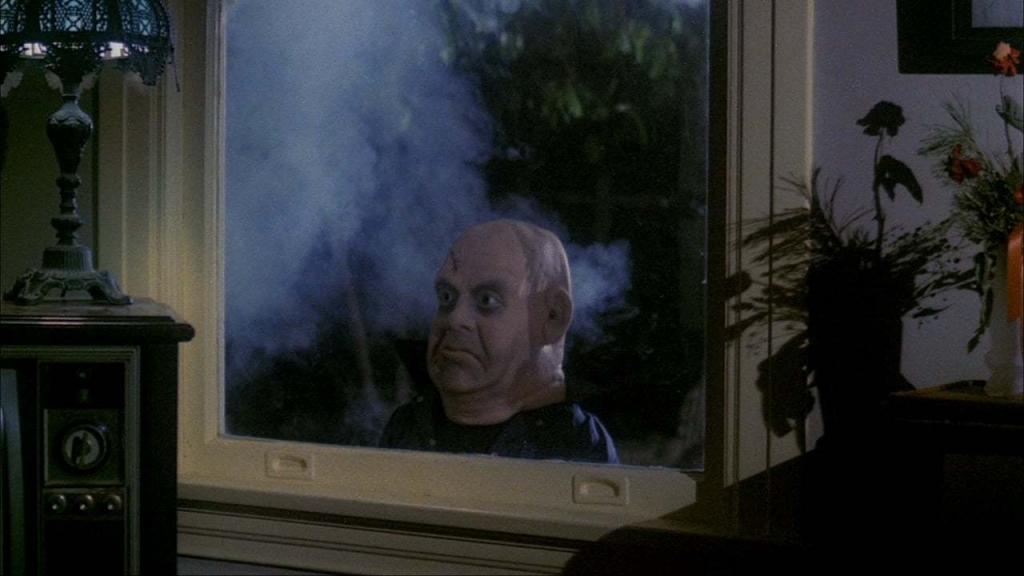 I’m not going to beat around the bush on this one. This film is absolutely absurd and goofy — truly over the top and totally nonsensical. Does that mean it’s bad? Hell, no! I only want you to be prepared for what you’re about to experience. I’d hate to have you walking into this thinking it is going to be some creepy horror classic when, in fact, it’s quite the opposite.

The basic premise of the film seems like it would be your typical fright fest. A deranged maniac escapes from the mental institute on Halloween night looking for revenge.

Yet, if that was really all this film was about, it wouldn’t be half as spectacular as it is. 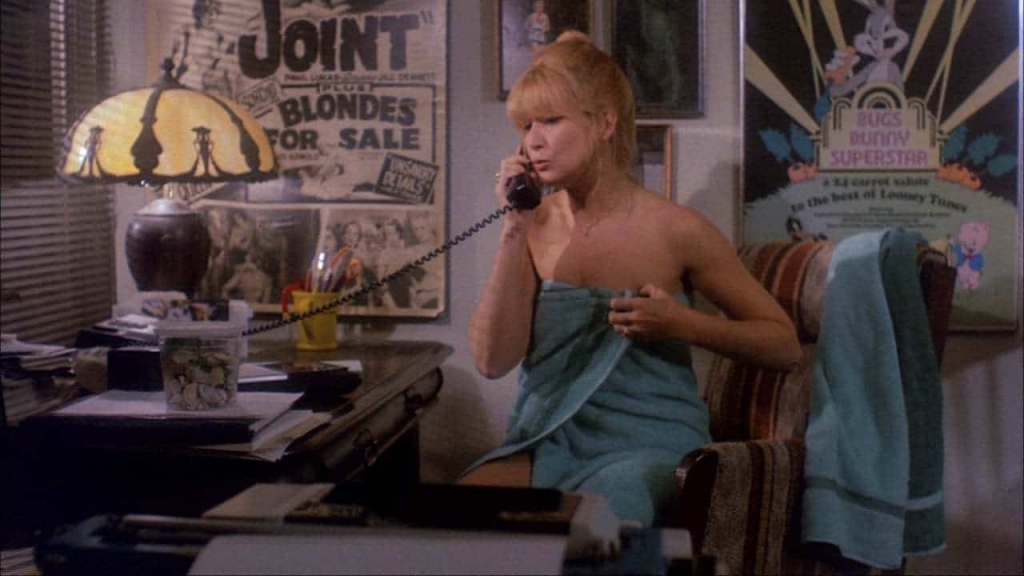 The film opens with a greedy wife calling the insane asylum to take away her husband. After a short tussle with the orderlies and a quick dip in the pool, he is successfully straight jacketed and taken to the looney bin, yelling to high heaven about how he will get his vengeance.

Three years later, with the help of some goof balls, he breaks free from institutionalization by dressing up as one of the candy striper nurses — complete with full make-up, stuffed bra, wig and a high voice. 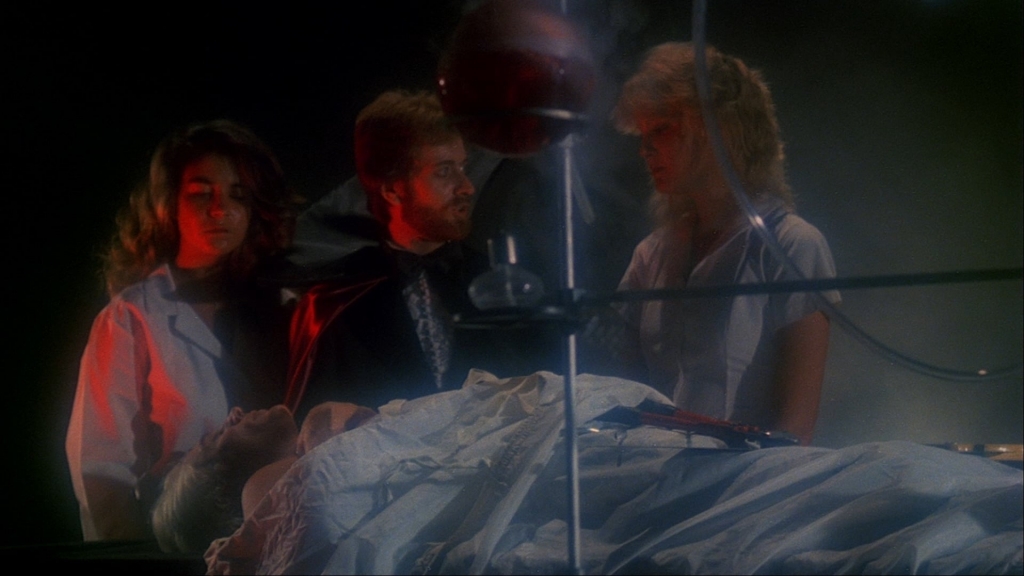 Still, he is constantly called ‘miss’ by guards, police and, hilariously, two homeless men who he robs for their clothes at knife point. The homeless guys think they are going to get lucky when this extremely large, masculine man in a stuffed bra and rosy red cheeks demands they strip. It’s so absolutely absurd.

The film is fairly tame, so I let my kids watch it with me. And every time someone called him ‘ma’am’ my daughter said, “That’s obviously a guy! How silly.” Yes, how silly indeed. But sometimes you need your horror film to be just a little silly.

This film, however, is more than just a little silly. 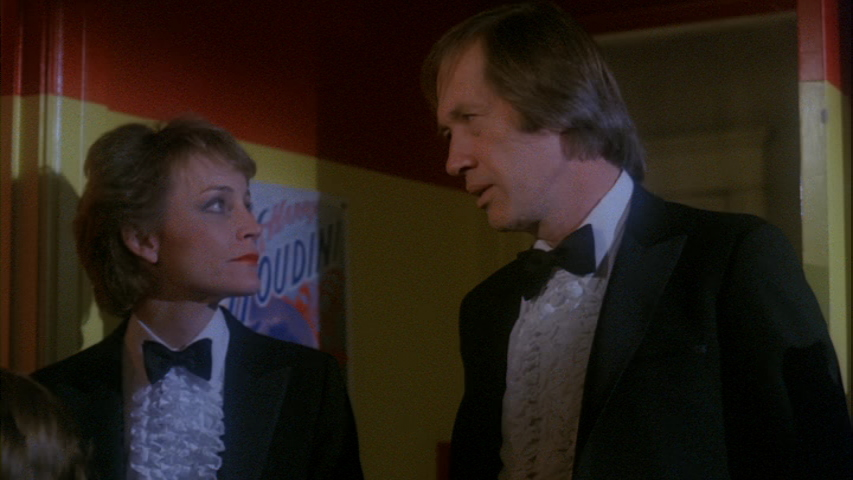 While the poorly disguised nurse is escaping the mental asylum, his son is back home completely and utterly destroying a young babysitter’s life.  You see, the boy’s mother, the one who sent the dad to the crazy house, has a new beau (David Carradine). They have a night out on the town planned. The babysitter is warned by the mother that Christopher can be a handful, and she was not lying.

All throughout the night, he tortures the babysitter with practical joke after practical joke. He pretends to chop his head off with a guillotine. There’s fake puke, fake milk spills on the carpet, and he pretends to cut off his finger with a knife. He also ties a string to the door knocker and continually knocks on the door to harass her. 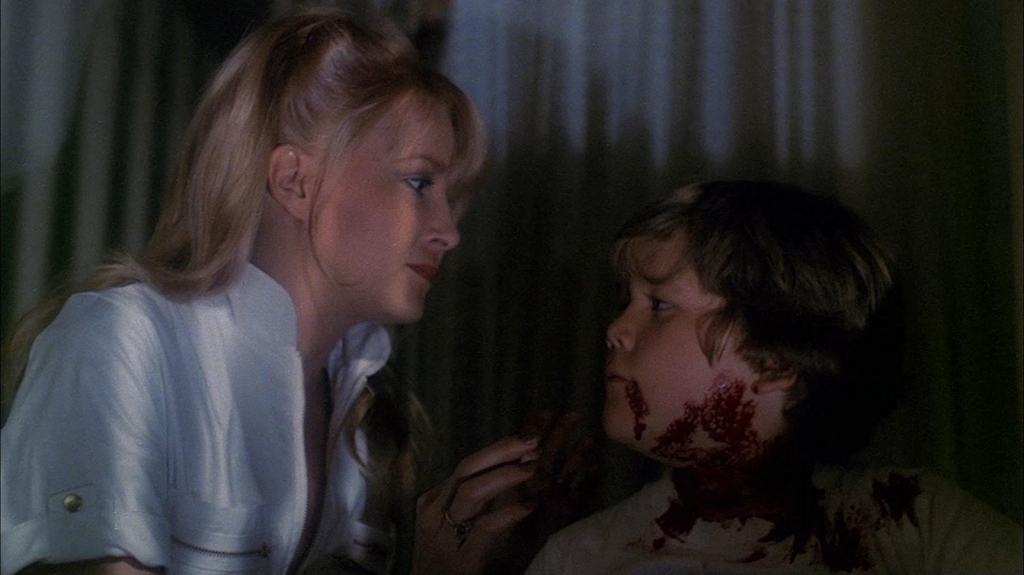 Literally, this kid seems to own every gag novelty toy from the back pages of a comic book, and he uses all of them to harass this poor woman.

The pranks are basically the whole movie, with random calls from the father mixed in. It’s absolutely absurd, and the age of the movie makes it just a bit more ridiculous. I absolutely love it.

When the father finally arrives home and starts to enact his vengeance, the horror element of the film kicks in hard. 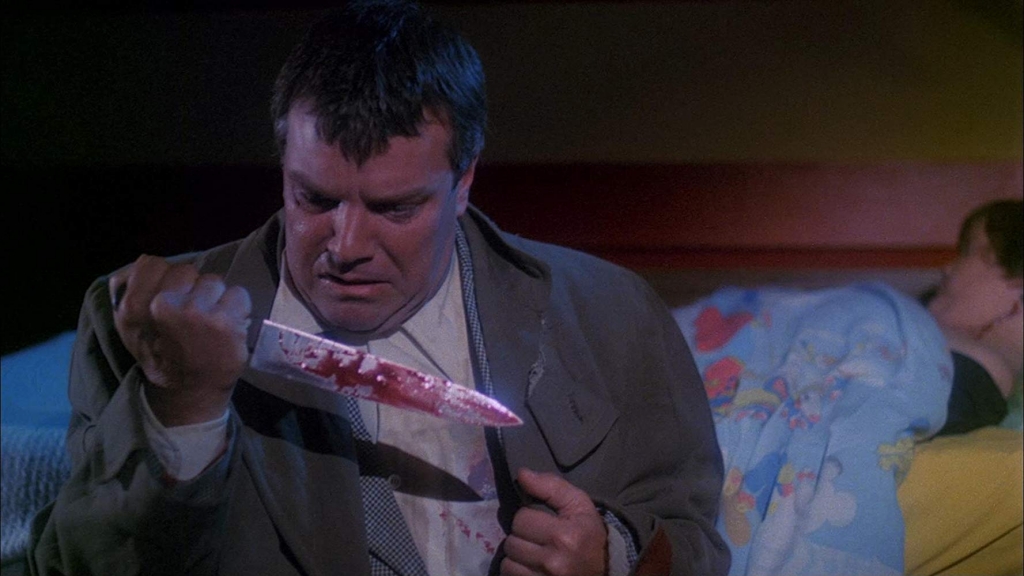 Gone are the pranks, jokes and awkwardness of this giant man in a dress. In their place stands creeping, stalking in the shadows, home invasion-style horror. And it’s just as amazing as the goofy elements from the first two acts of the film. There is a real sense of dread as the father hunts the babysitter throughout the house with a crazed look in his eye.

Interestingly enough, they are able to tie all the pranks from the first part of the film into the shocking conclusion at the end of the film where, spoiler alert, the son chops his own father’s head off with the guillotine in a fairly gruesome scene.  The boy then grabs the knife, and in a true 1980s style freeze frame ending, raises it high to murder the babysitter.

Many Halloween themed movies focus on the horror element of the holiday, but not many focus on the practical jokes and pranks also associated with the season. Trick or Treats does both in a fantastic way.

If you’re looking for something a little absurd and goofy to watch this week, check out Trick or Treats now streaming for free on Tubi.