It’s finally time to crown our new monster of glamor, horror, and filth, with the season finale of this riveting season of “Dragula”. 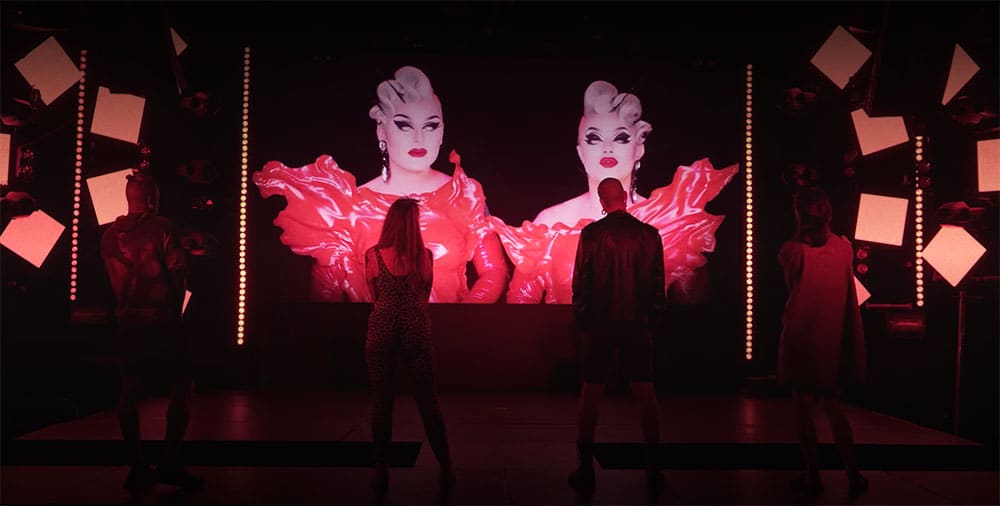 It’s hard to believe that we are finally bringing the fourth season of Dragula to a close. It doesn’t seem all too long ago that Landon Cider was crowned drag monster and began his reign. But the pandemic has made a lot of things seem either shorter or longer than they are actually are.

The opening of the final episode examines the devastation that the pandemic had on the production and general public. One by one we visit the monsters in their hometowns, full of barren streets and somber music.

If you listen to the Boulet Brothers’ podcast, Creatures of the Night, you might already know that production was a bumpy road this year. Even now, as the Boulets and the top four prepare to go on tour, a new mutation of the virus is pushing us all back into extreme cautiousness.

So in order to keep the episode working with as few people as possible on screen, the Boulets interview the top four for their podcast with their producer, Ian.

The ghouls are brought in one by one, starting with none other than Saint. 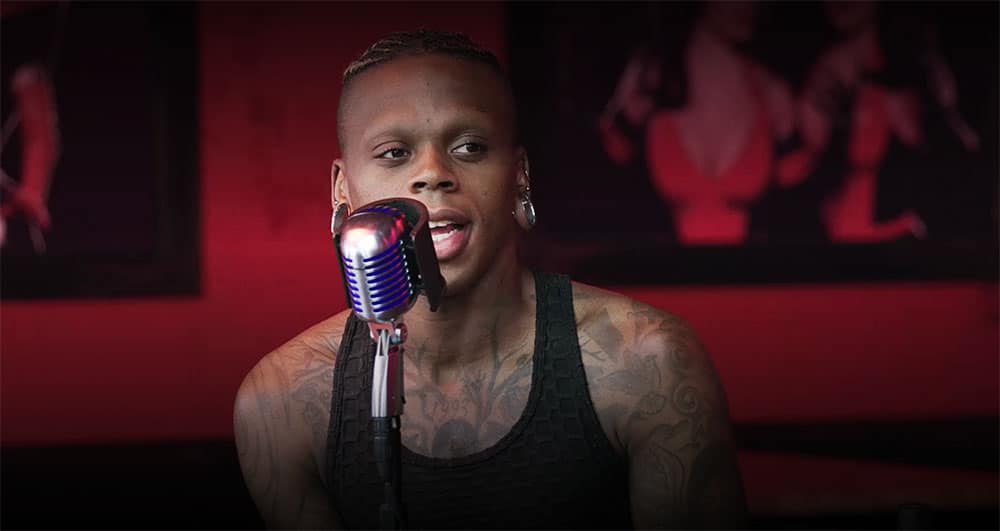 Saint details why drag is so important to them, recounting a bad childhood with limited creative opportunities that the audience found out about in the Resurrection, and that they’ll be working with affordable products to create their looks.

Next up is Sigourney. Swanthula asks what it would mean for a high femme presenting AFAB performer to win the competition and who it would inspire. Sigourney says she isn’t sure what it will change, but that she hopes it will change more things outside of Dragula and will allow more people like her to get booked.

Dahli tells the Boulets how much the competition has meant to them in all the different instances they’ve cropped up. They detail that they have grown so much from how they presented in season two and that art is totally subjective and shouldn’t be judged on a binary.

HoSo reveals that the show inspired her to be the performer she is today as she proudly brandishes a Dragula patch on her jacket. She also delves deeper into her cancer diagnosis and how it will play into her horror look.

Of course, our four contestants must showcase all that Dragula stands for this week; glamor, horror, and filth. 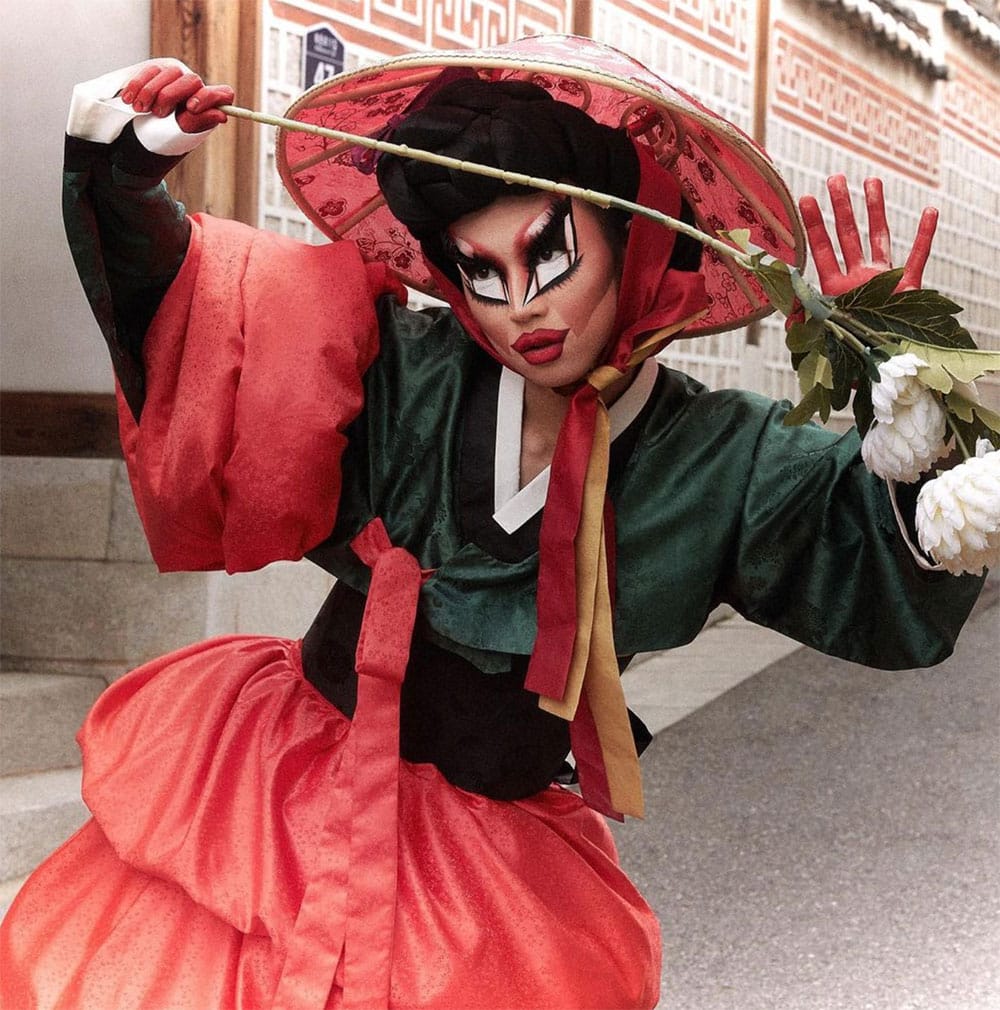 Everyone must prepare three separate looks, one for each category. We start with the glamor look.

Sigourney stuns in a floor-length white gown with a massive slit up the leg and a pompadour that dominates the screen when her silhouette is presented.

Dahli presents an androgynous look that is reminiscent of a circus ringleader. The bottom is feminine, a deep red mermaid cut skirt, with the top being a bit more masculine with an open jacket of the same color.

Saint also wears a floor-length gown, though hers is a black sequin number with large bell sleeves. Like Sigourney’s look, blood is incorporated in the glamor here, building up to a bloody high neckline. Saint’s hair really ties the look together with a piece that is tightly wound together and resembles a collection of small eyeballs glittering in the stage lights.

HoSo pays tribute to Korean culture again, channeling Hwang Jini, the most successful courtesan of 16th century Korea who has been elevated to an almost mythical status. The look sports HoSo’s signature face paint, but here it is incredibly soft and beautiful. She dances delicately with her pipe. 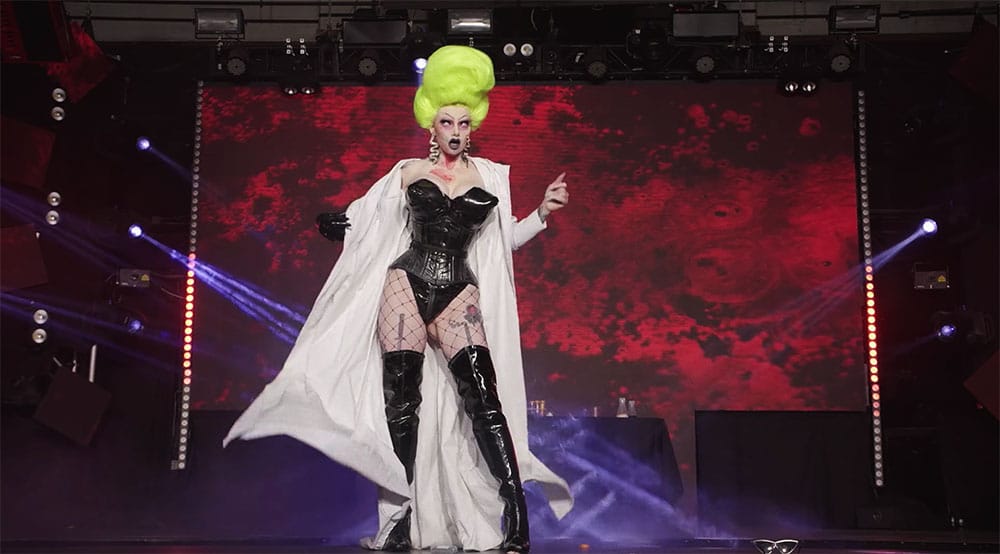 Dahli enters as an emaciated-looking pope, devoid of color save for the black oozing from their mouth. They would fit in with the band Ghost easily. I don’t know what was the most terrifying thing about their performance, the white-out eyes or the twitchy body movements.

Saint finally showcases the tooth fairy look she forewarned the Boulets about. The wings look amazing in the silhouette and still