Time for a trim this week on “Dragula” as our monsters turn themselves into hairy monsters and we finally take a big chop to get our top 5. 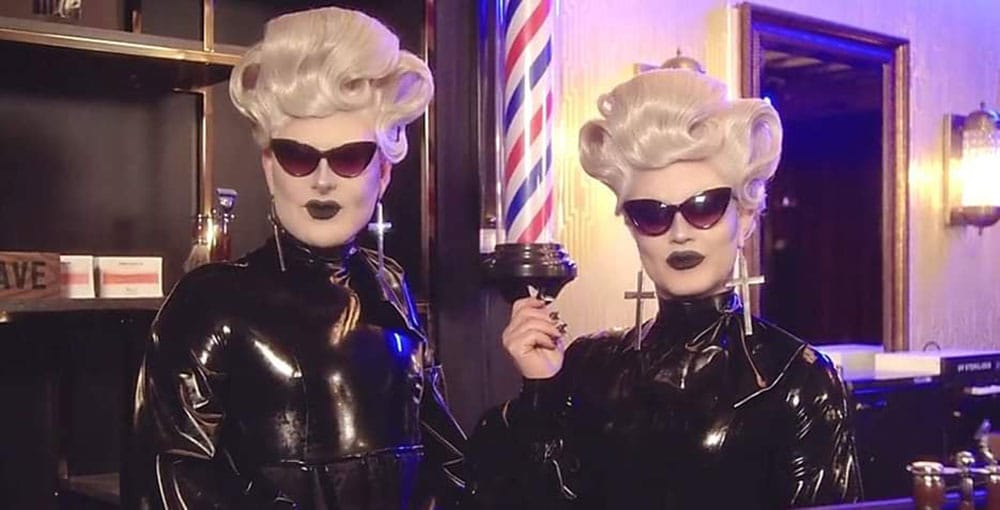 Welcome to the Boulet Beauty Bizarre, where if you don’t look bad, they don’t look good.

With maybe the campiest intro so far, the Boulets roll out this week’s challenge in a beauty salon for hairy monsters. The creature effects here are so fun, and after the mysterious post on Instagram about who the blue monster would be, seeing them ready for a snip was a fun surprise. The set dressing here was probably the best this season so far, and the Boulets’ wigs and outfits were beyond flattering. It really set the mood for a fun episode.

Our four safe contestants from last week anxiously awaited who would return from the triple extermination in the icy water photoshoot. Jade really stepped up and took responsibility for how she acted in the cauldron, with Dahli, Saint, and Sigourney commiserating that it was a stressful environment that brought out a lot of bad.

They mused that they knew La Zavaleta would make a return just in time for her to strut back into the workroom, quickly followed by HoSo Terra Toma.

It didn’t come as much of a shock that Bitter Betty was the one who went home, though the two other bottom gals said they thought everyone served during the challenge.

Finally, after an immense amount of drama this season, the workroom has turned into a nice place again in this episode. 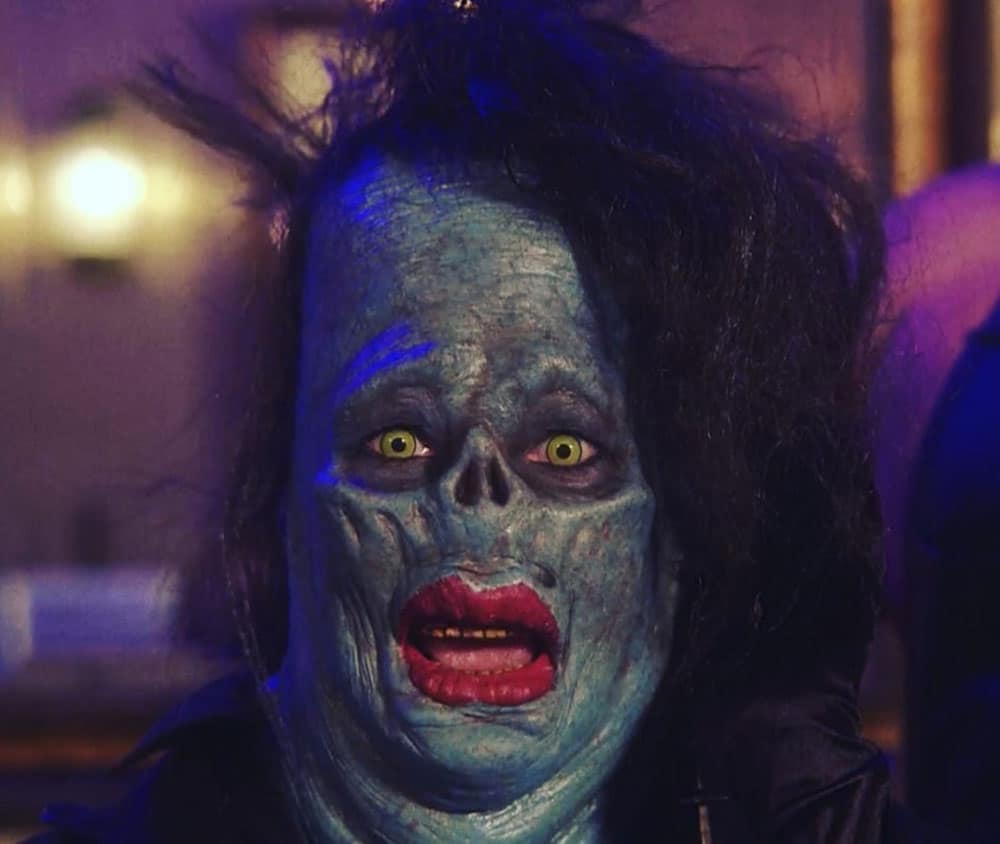 Jade explains that she did value her friendship with Betty, she just couldn’t stand by some of her actions, and wishes they could be friends again. Dahli and Saint assure her that everyone is a big family again once the cameras stop rolling and everyone has had some space apart (though looking through a few Twitter and Instagram accounts, that might not ring as true this season).

La Zavaleta apologizes for her actions in the cauldron as well, especially toward Jade, and really shines as the charismatic and fun creative that she is for the rest of the episode. And, prompted by Dahli, the gang finally congratulates Sigourney on her win.

As the ghouls prepare for their hairy monster challenge, the atmosphere in the workroom seems lighter than it has been all season.

The remaining contestants goof around and are really able to showcase their personalities now that the cast has been whittled down and the drama has been stamped out. Unfortunately, Jade isn’t able to be as warm as we’ve previously seen in this episode as her family is forced to put down their cat and Jade must say goodbye over Facetime.

There’s been a great outpouring of love to Jade online because we’ve all lost a furry family member.

It’s time for the Boulets to take the stage, and they really come prepared for the challenge this week, wearing great white wigs that stick out so far to the side that they can’t move their heads too quickly or they might tip over, and phenomenal face jewelry. 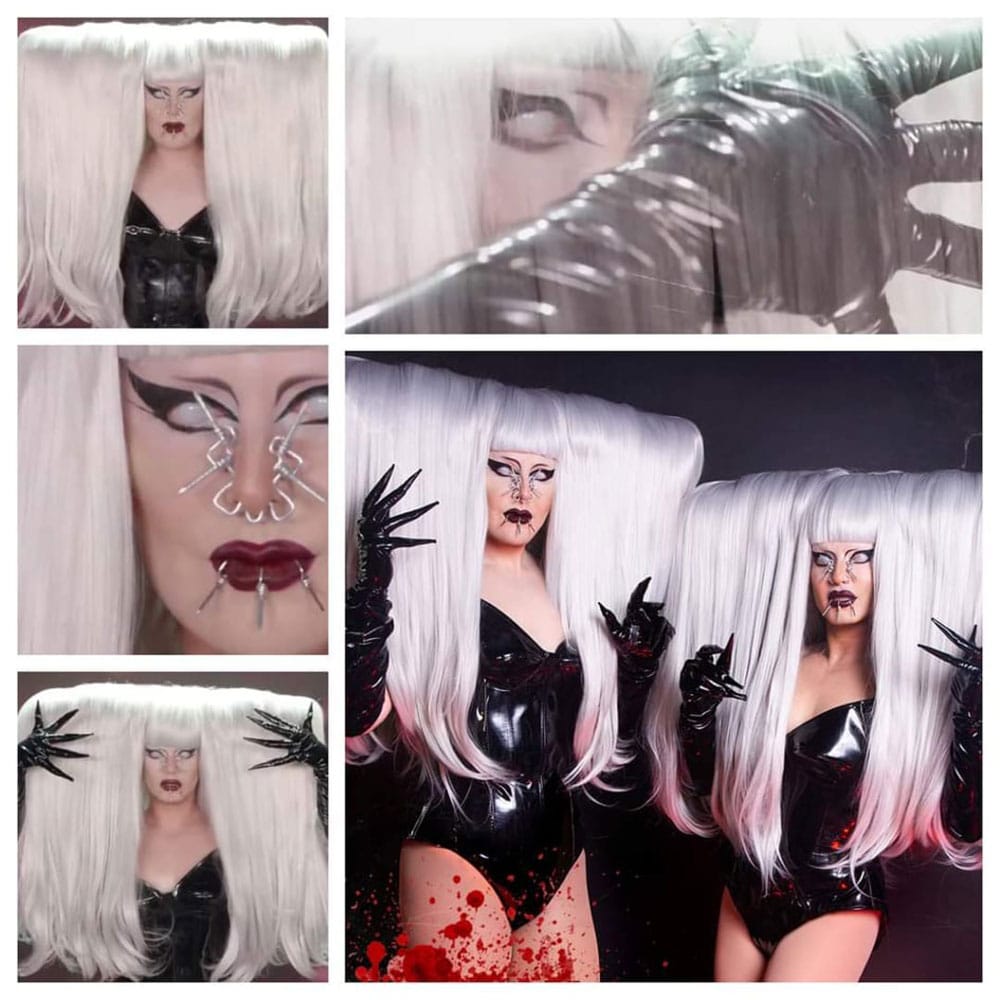 They joke that they would definitely place in the top if they were onstage with their monsters.

This week, the Boulets are joined by Bonnie Aarons, who you may know as The Nun, and previous season winner Landon Cider. Landon, of course, looks stunning in his black crown, and both guest judges give great critiques.

A lot of our hairy creatures actually steer more toward looking like faun-like creatures, which came as a pleasant surprise to me; I figured they would mostly be werewolves.

Sigourney had a great floor show, coming out in a large black robe and moving about in an almost sickly way before revealing her huge wig and hairy body. In a totally different display of great showmanship, La Zavaleta, adorned in a kitty suit with a baseball bat made out of children’s spines, flipped and pranced about the stage with massive energy. 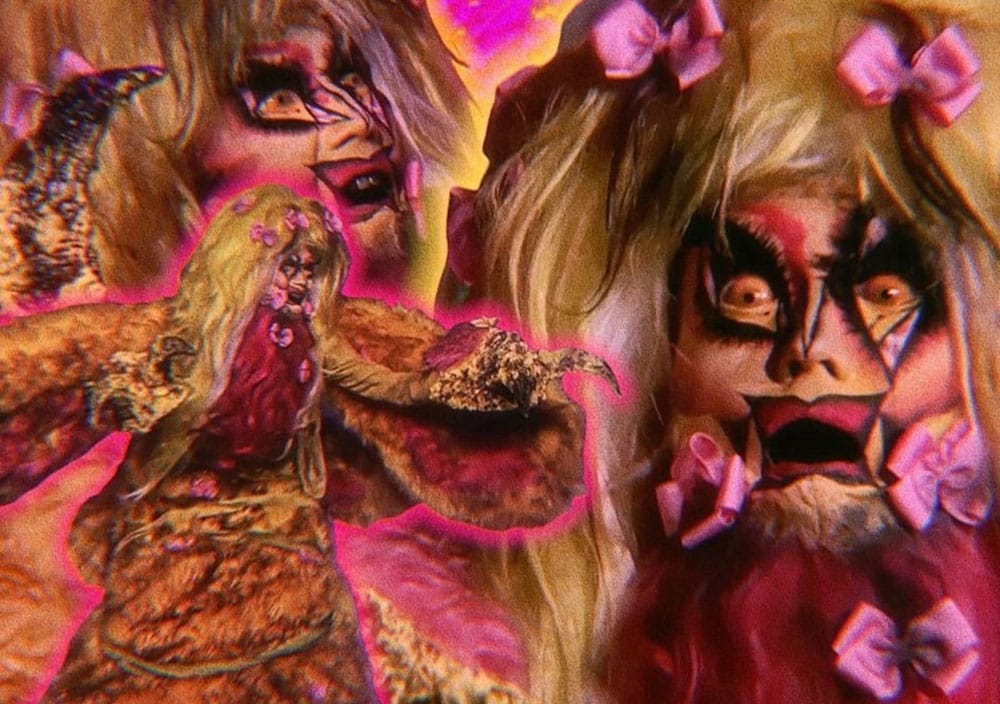 But, obviously, the show-stealer this week was HoSo, who came out as a fuzzy moth with hands reminiscent of Cronenberg’s The Fly.

For her boldness and originality, she was crowned the winner of this episode. And, in somewhat of a shock, the bottom two were Jade Jolie and Sigourney Beaver.

Jade was read for a weak performance and not enough hair, and Sigourney received scorn for only presenting glamour in a similar silhouette so far. The twosome was led to a roach-infested room where they had to stay as long as they possibly could — while periodically withstanding a rainfall of roaches onto them.

Sadly, Jade’s story ended here as she was shipped off to the salon.

Unsatisfied with how the cuts were going, the Boulets decided to take it all off, and slit Jade’s throat in her extermination skit. It was honestly such a pleasure to see how much Jade has grown as a performer and artist on Dragula after watching her on RuPaul’s Drag Race.

We’ve finally made it to a strong top five, and I can’t wait to see who wins this season. 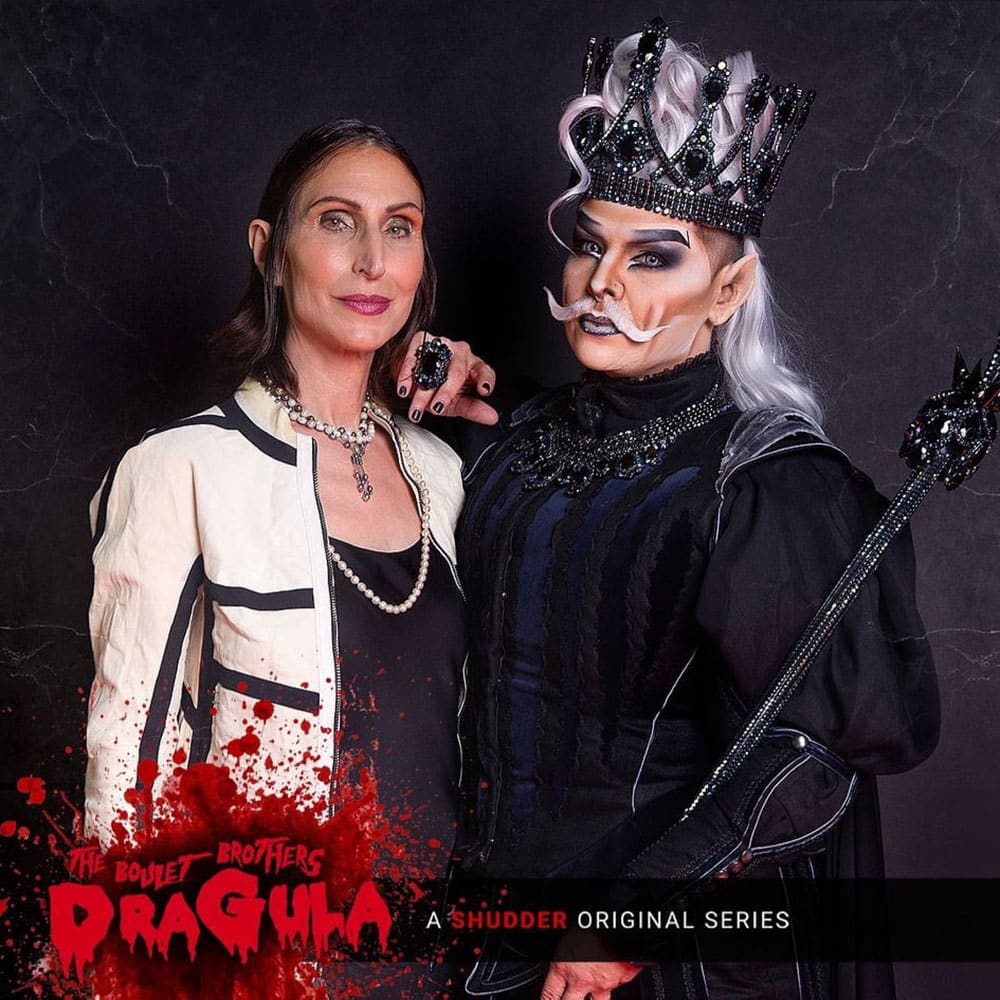 Tune in next Tuesday on Shudder.