Billed as the monster of all challenges, and a Boulet favorite, it’s time for the much-anticipated Monsters of Rock episode of Dragula! 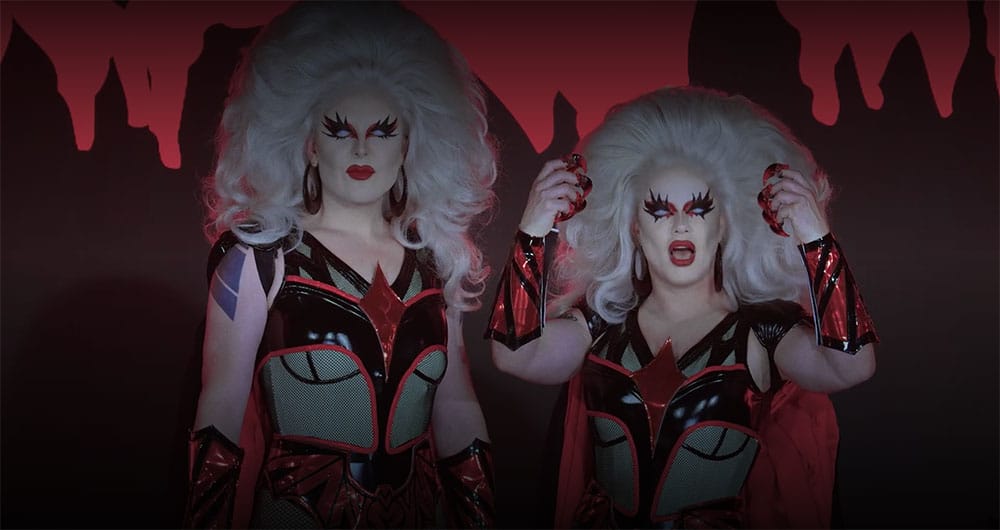 The beautiful Boulet Brothers open the episode as big hair metal goddesses at a strip club. Men clad in leather underwear grind on poles in the blue glow beneath the disco ball. Our supreme monsters take a seat to watch, but the dancer ruins their moment by spilling Swanthula’s drink. He is promptly crushed to death between some muscular hairy thighs.

Saint comes back to the workroom as the victor of last week’s extermination challenge. No fright feat again this week, because there’s way too much work to be done!

The artists are wrangled onto the main stage to hear their weekly message from The Boulets. They’re split into groups of four, with the best monster of the week getting the opportunity to be featured in an original comic book from Heavy Metal Magazine.

Dahli is dubbed as the first lead singer, and leader of their group — which comprises of HoSo Terra Toma, La Zavaleta, and Saint. Their band name: Zenith.

The second group, Glam Rot, is led by Sigourney Beaver, with Bitter Betty, Merrie Cherry, and Jade Jolie accompanying her.

Zenith seems to have immediate chemistry and cohesion. 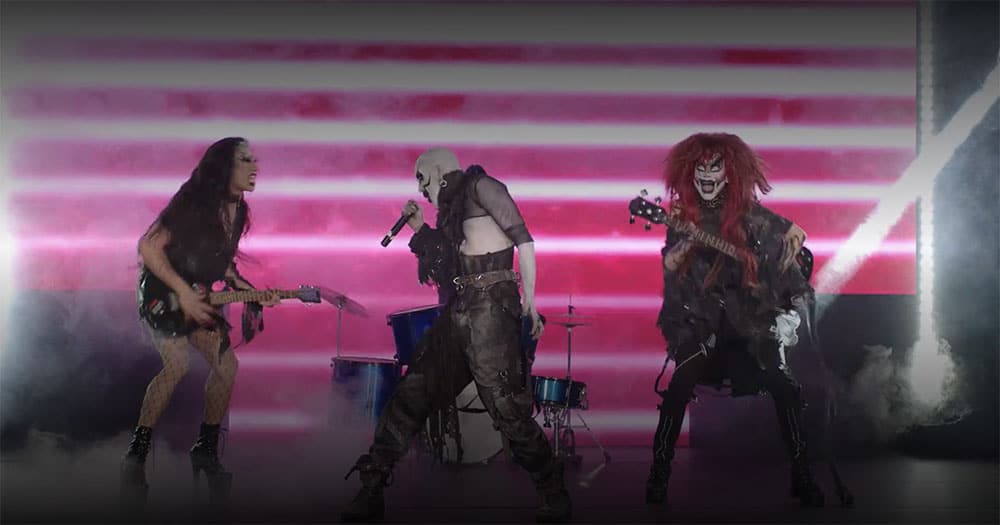 While they’re laughing and brainstorming, Glam Rot is already coming apart at the seams. Tensions run high between Merrie and Sigourney, while Betty and Jade seem uncertain of themselves and the mission of the group.

Many ideas are floating around, but there’s no compromising. Jade tries to give some input but backpedals and deflects until Merrie takes her under her wing and away from the others so Jade can get a lesson on assertiveness and self-love that ends in them screaming just to scream and be heard, which garners some really great looks from Zenith members.

While those two are away, Sigourney and Betty discuss doing beauty mixed in with the horror elements, and there’s a small disagreement about how much beauty should be going into a monster competition.

On the stage for band practice, Zenith glows even brighter.

The best part of watching their group rehearse was hearing La Zavaleta talk to Dahli about how everyone needed their own little solo part and that HoSo was being left out of that element so far. It was immediately fixed. The respect and admiration this group had for each other were really warming.

And the interactions between Glam Rot members were nearly eye-roll inducing. 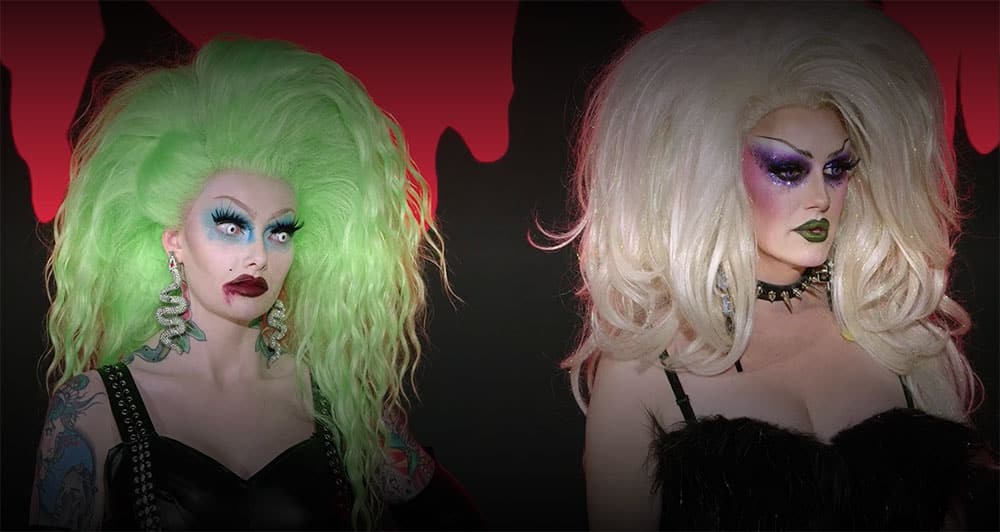 They argued even worse on the stage, everyone seeming to constantly talk over each other.

In the weirdest turn of events, Merrie seemed to have completely forgotten that Sigourney was supposed to be the leader of their group, which meant that she was pushing for that role as she assumed it wasn’t assigned.

This led to a lot of what was shown on screen to make it look like Merrie was sometimes purposely undermining Sigourney and causing chaos. Barely anything was resolved.

Once they were back in the workroom, Sigourney pointed out that they needed a cohesive look for their band, knowing that other bands in the past had been read for not tying everything together. Everyone had some kind of black pleather, except for Merrie.

Sigourney offered to make a skirt for her with leftover fabric and got to work. Merrie seemed to resent Sigourney’s help, and later in the episode said she tried to help, but Sigourney couldn’t use her help because she can’t sew. 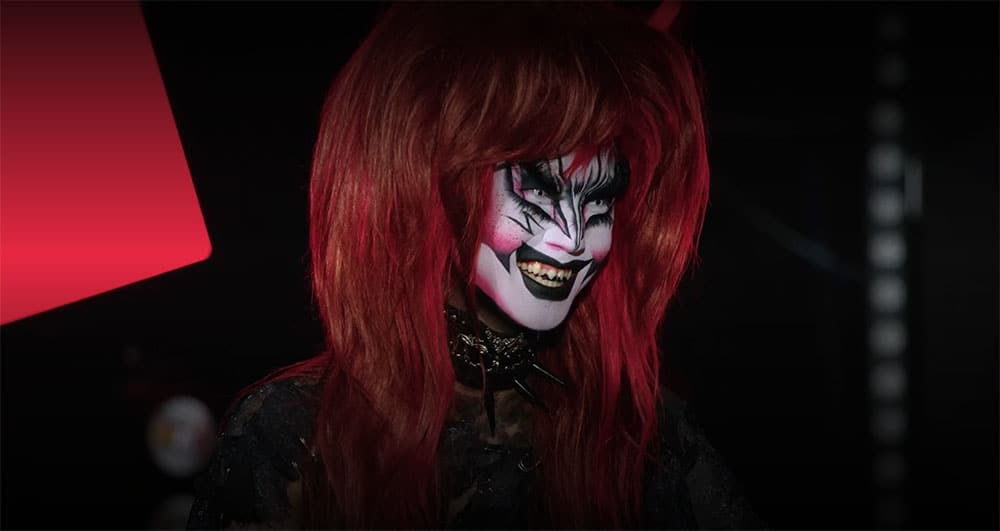 Unlike previous Monsters of Rock episodes, there weren’t any wild gimmicks this time around, which made the episode fall a little flat.

Audiences at this point are used to seeing people on stilts dressed as big tops, so an actual metal performance to a Poppy song felt a little less exciting (even though both groups really did perform amazingly).

Poppy and Rachel were wonderful guest judges, with Poppy saying some on-brand odd compliments, and Rachel coming across as such a positive ray of light.

Surprising nobody, Zenith won the challenge, with Dahli crowned as the night’s big winner.