Vinegar Syndrome issues one of the top home video releases of 2018 with their restoration Blu-ray of the 1993 Australian cult horror film, BODY MELT. 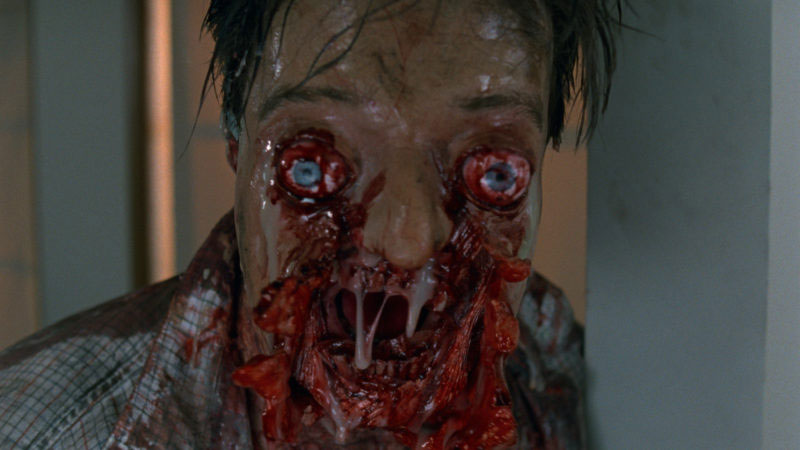 There’s not much in horror that shocks me anymore, or strikes me as a truly original piece of art. When an exceptional movie comes along that manages to shock me, I relish the experience of watching it for the first time. One of those movies has just been released to Blu-ray by Vinegar Syndrome: BODY MELT.

BODY MELT is a 1993 movie from Australian writer/director/composer Philip Brophy. Set in an Australian suburban community called Pebbles Court, the movie follows the lives of people living in four different houses. All of them, in some way, are connected to a new and experimental vitamin from a health company called Vimuville. As users take the vitamins, they first began to hallucinate, then their bodies begin to mutate, and finally they melt into a puddle of goo. 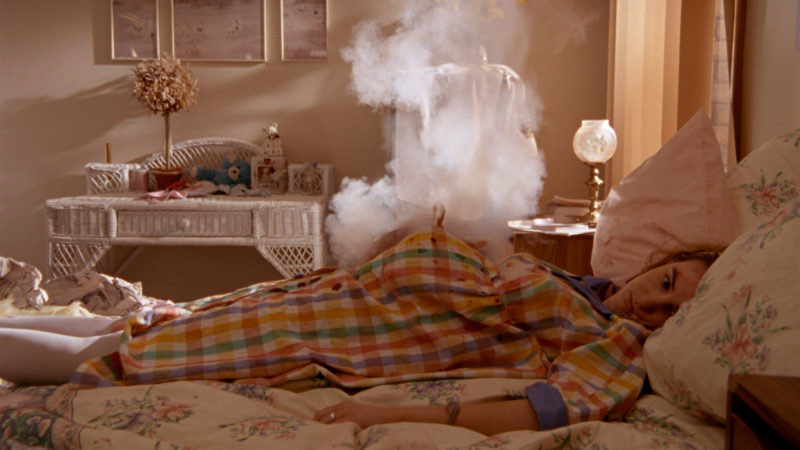 The story seems disjointed as it follows these characters from Pebble Creek, but it ties together in the end. It all makes sense when you learn that BODY MELT is a movie pieced together from four short stories written by Philip Brophy. When a mutated family suddenly appears and doesn’t seem to connect to the Vimuville story, it is a bit of a head scratcher. But, as I noted earlier, it all ties together at the end.

What struck me most about BODY MELT is the fast pace of the film, the black comedy, and the incredibly gross special effects. There were moments, especially involving slapstick gore gags, that I was reminded of Peter Jackson’s splatter classic DEAD/ALIVE. 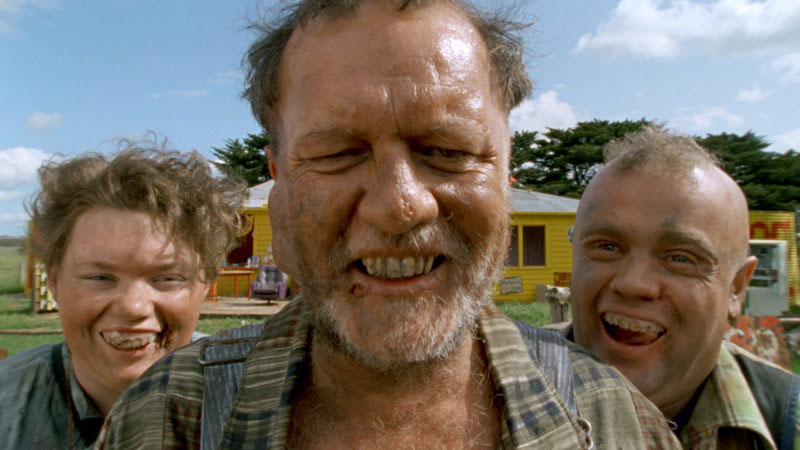 The Blu-ray disc is packed with special features including two separate commentary tracks featuring Philip Brophy and an interview segment with Brophy and producer Rod Bishop. These features are essential viewing after watching the movie, as Brophy is a bit of a raconteur and an absolutely mesmerizing narrator.

The interviews and commentary also go into some depth about navigating the funding process through the Australian government. The disc also features a behind-the-scenes documentary and interviews with a couple of the actors. The only negative I could find with this release was learning that Philip Brophy has not made a movie since BODY MELT. 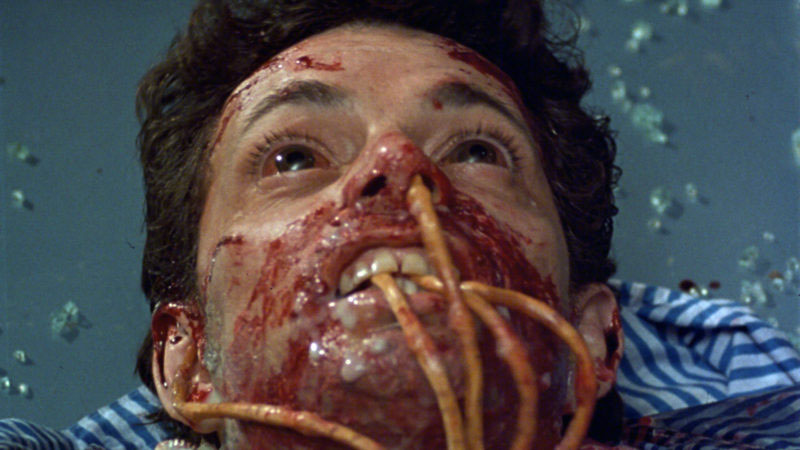 Vinegar Syndrome has done a fantastic job with this cult movie release, and I hope with this presentation BODY MELT can find a wider audience in the U.S. and abroad. Every fan of body horror, practical effects, and more gore than you can shake an intestine at needs to have this movie in their collection. 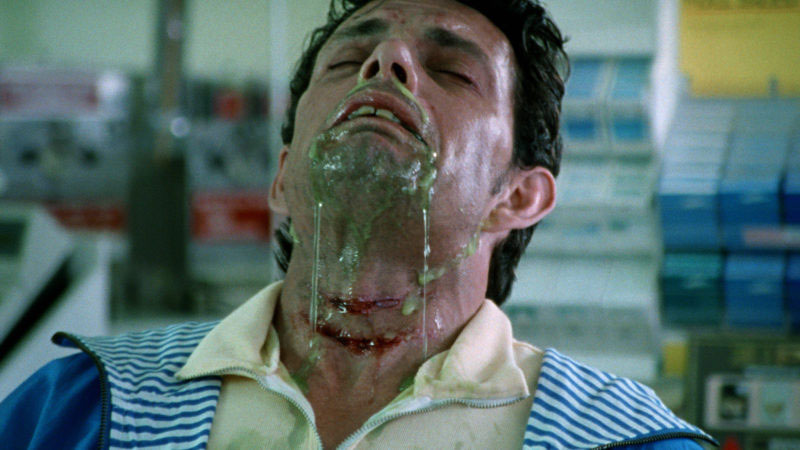 Blu-ray with limited edition slipcover is available at: https://vinegarsyndrome.com/shop/body-melt-slipcover/