Series spotlight on “Afterlife With Archie”, an Archie Comics spin-off that combines a fun story with killer artwork; Plus see what’s new this week! 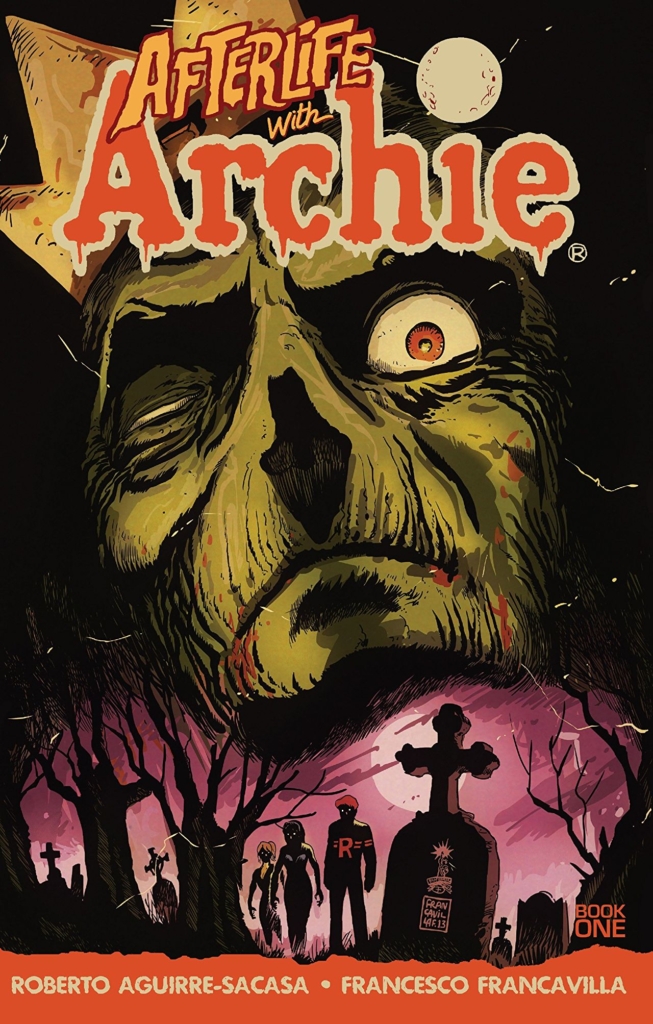 Whether you’re a comic book fan or not, you’ve likely heard of the Archie series — either thanks to an older relative collecting the digests which were (and still are to this day) found in grocery and convenience stores, or the various cartoons and their spin offs which have been floating around our television screens since the late sixties.

There is also a series entitled Riverdale that is inspired by the comic series and combines the characters of the books with a horror / mystery / thriller mix — adding in nuggets for genre fans in practically every episode.

But we are here to talk comics of course, and today we will take a quick look at the spin off series Afterlife With Archie. 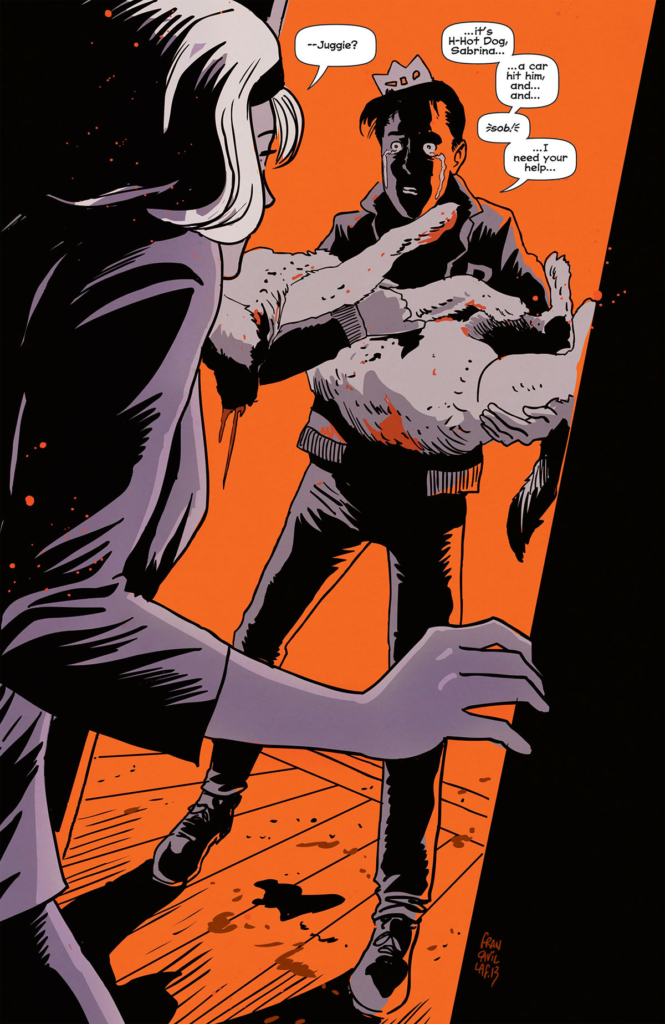 The alternate Universe depicts the start of a zombie apocalypse, when Jughead’s’ dog, ‘Hotdog’ was struck and killed by a vehicle. Being torn up about the death of his best non-human friend, Jughead enlists the aid of ‘Sabrina The Teenage Witch’ to revive the dog using a spell. This ultimately leads to ‘Hotdog’ coming back infected and biting his owner, thus starting hell on earth.

I was surprised when originally reading this, as they seemed to carelessly kill off favorites of the series without much build up. This is an odd but interesting choice. Although the writing isn’t anything fantastically great, the way the story plays out alongside the artwork is enough to keep genre fans entertained throughout the course of its reading. 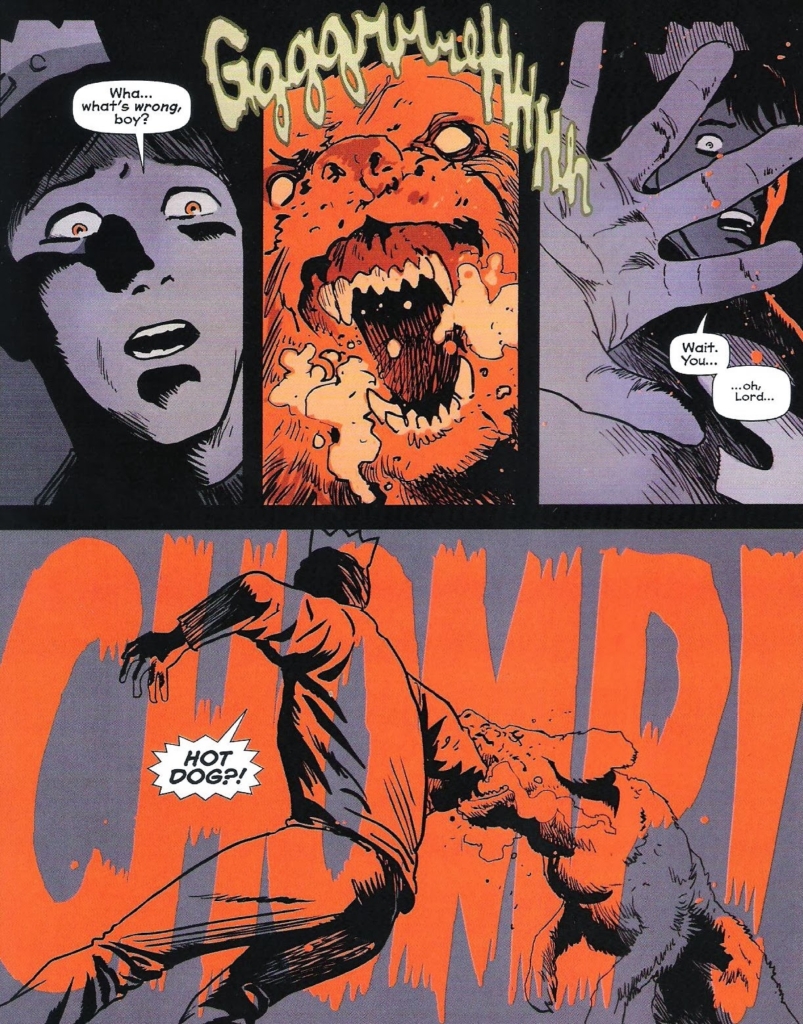 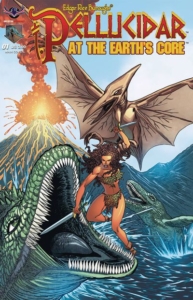 It is a world of eternal daylight, where prehistoric beasts terrorize the land and primitive tribes fight for survival in an incredible landscape of lush beauty and vicious brutality. This is Pellucidar, the world at the Earth’s core, one of the most fascinating and beloved creations of science fiction author Edgar Rice Burroughs!

Ruled by the telepathic and blood-thirsty Mahars, all of Pellucidar lives in fear of the pterosaurian terrors, but the flesh-eating monsters might have met their match in Dian the Beautiful, whose indomitable will could lead all of Pellucidar to rise up in revolt of their savage oppressors! Pellucidar At the Earth’s Core comes with three covers – Main by Clint Hilinski, Savage by Richard Bonk, and Prehistoric Retailer Incentive by Hilinski. 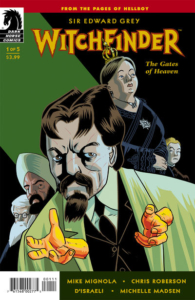 A series of occult events mystifies the man known as the Witchfinder, but even more surprising is the revelation that he is not alone in exploring the paranormal in London. When a personal invitation arrives from the palace, Sir Edward Grey is pulled even deeper into underground supernatural exploration alongside new allies in the race to stop a mad scientist from destroying London in his pursuit of mystical power.

”Though the works and mythos of Mike Mignola are vast and complex, the Witchfinder franchise succeeds due to its accessibility.”–Newsarama 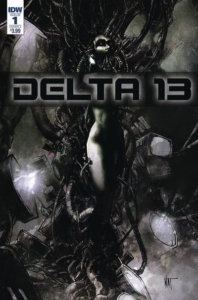 Who knows what mysteries lie deep in the asteroid belt? When a mysterious, huge, and previously undiscovered asteroid looms over their ship, a small crew of blue-collar workers discovers a terrifying threat unlike anything they’ve ever seen. Now, the crew must escape the asteroid, but even if they do, will they be able to escape each other and anything they bring back with them?