“Psychos in Love” is an ultra-dark comedy that’s a perfect example of what colorful, campy 80s B-horror movies are all about. 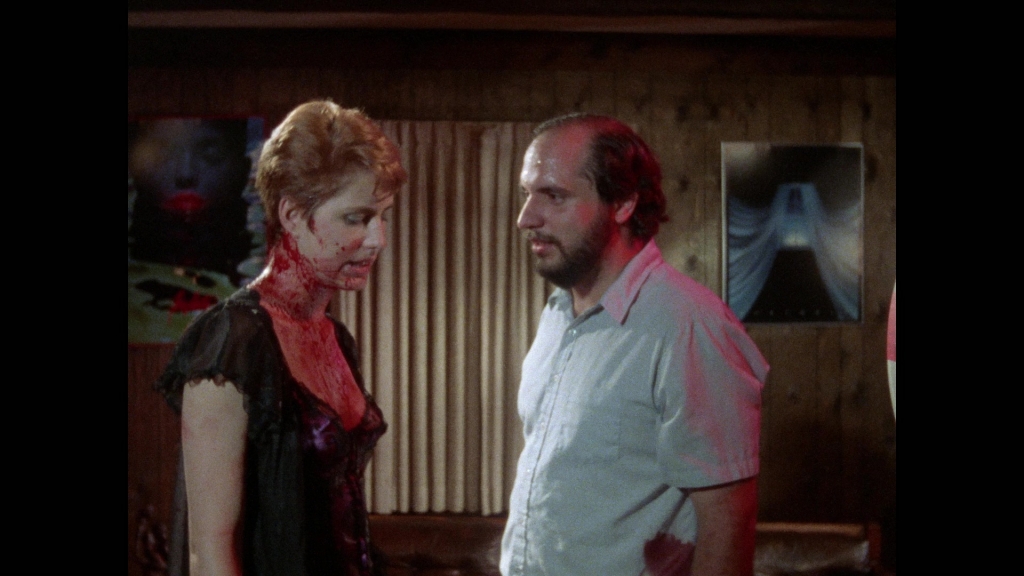 As any genre fan can tell you, there’s just something about horror films from the 1980s. The 80s were a special time that was all about stepping outside the box and thinking big, even when your budget was small. Plus, the introduction of home video to the mix made it possible for even lower-budget films to gain a foothold and be seen when they otherwise wouldn’t. You’ve got to love how so many 80s horror films weren’t afraid to be cheesy, funny, or over-the-top gory as well – often all at once.

Psychos in Love is a 1987 black comedy that’s a perfect example of what colorful, campy 80’s B-horror movies are all about. 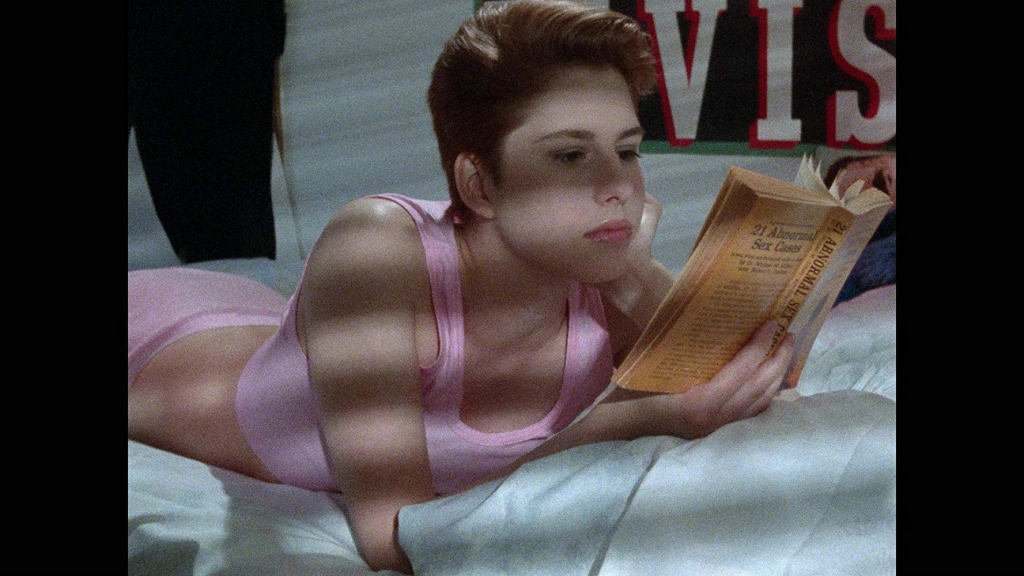 Writer/director Gorman Bechard actually made it as a labor of love with the free time he scraped together while working on other productions. (This was a common way to save on production costs back in the days when low-budget filmmaking still required the use of actual film.) His passion for this project also shows despite the obvious budget constraints. Think snappy dialogue, blood that looks great on screen, and jokes that are actually pretty funny!

As might be expected, the storyline of Psychos in Love is about exactly that, because dark, predatory people need love too. Joe is a bar owner who likes to kill random women when he’s got a free evening. Kate is a manicurist who is just as passionate about killing random men in her spare time. (They also share a hate-on for grapes that knows no bounds.) 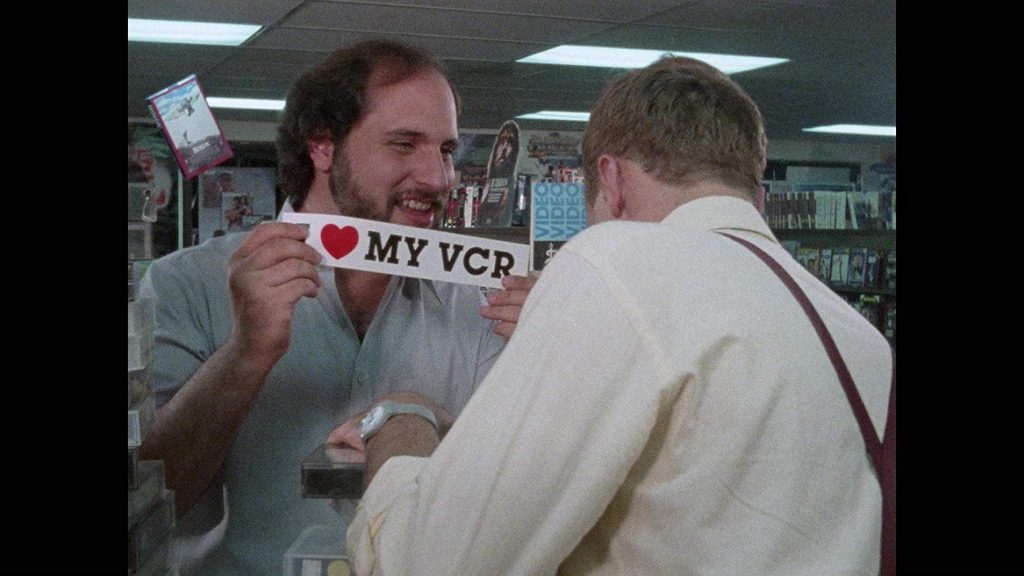 As might be expected, they eventually meet, get along famously, and decide to get serious about one another as people do when they finally meet that special someone. Psychos in Love is the story of their love and everything that comes along with it.

Now, if you’re thinking Psychos in Love doesn’t exactly sound like a storyline for the ages, you’re probably right. Story and plot progression aren’t really this film’s strong points, but it has plenty of others that make up for it in a big way.

To begin with, the editing is really pretty fantastic, especially when you keep in mind that this is a low-budget amateur film. There’s also not only plenty of gore and blood, but it all looks really good on screen. Plus, the film is presented in an interesting quasi-documentary framework, so you can expect plenty of fourth wall breaks and cutaways that add a lot to the viewing experience. 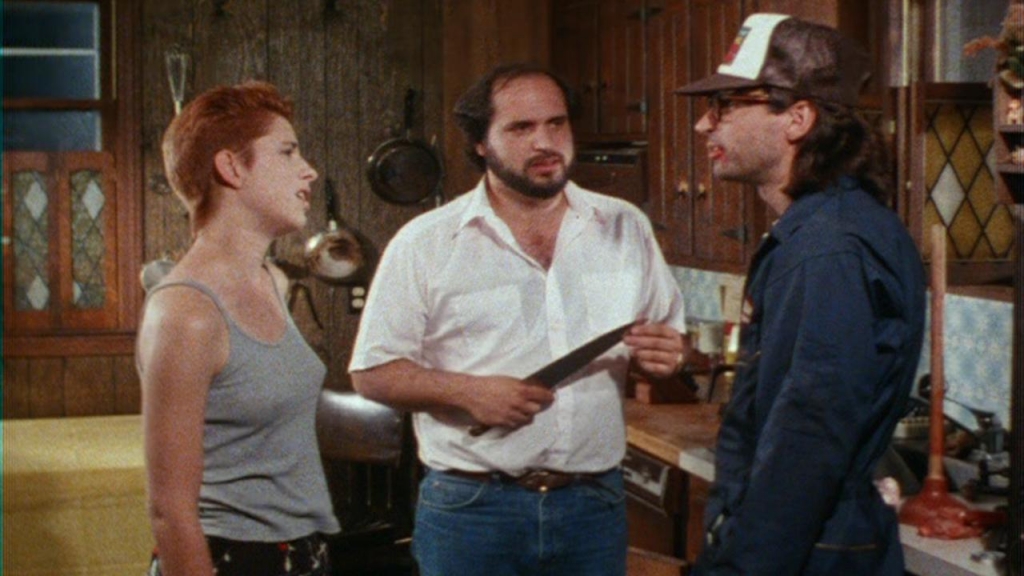 This is also a great film for horror fans with a dark sense of humor that love a good black comedy. The basic idea behind Psychos in Love isn’t groundbreaking to be sure, but it’s a lot of fun and it definitely has its moments that will leave you chuckling and thoroughly enjoying the experience of watching it. It’s also super trashy, something that’s either a selling point or a drawback for you, depending on how you like your 80s horror.

Lead actors Carmine Capabianco and Debi Thibeault are great fun to watch together on screen as well.

But is Psychos in Love for you? If you’re looking for fine, flawless cinema that just so happens to be horror produced in the 80s, then probably not. If you really dig a campy 80s horror flick that doesn’t take itself too seriously and is a wonderful example of what can be done on a shoestring budget, then definitely check it out.

Psychos in Love absolutely feels like something a bunch of friends threw together in their free time, but in the most wonderful way. Definitely give it a watch the next time you’re in the mood for something different!