“The fun never stops with the Women in Horror Month MASSIVE Blood Drive! We are counting down a monumental 30 filmmaking teams and are overjoyed to welcome back one filmmaker who’s been with us since the beginning. A fellow Canadian and fiery red head, Montreal’s very own baroness of blood, Maude Michaud.” – Jen and Sylvia Soska

Today’s extremely clever and engaging short comes to us from award-winning writer-director Maude Michaud from Montreal Quebec. The witty, 9 1/2 minute faux documentary is based on an idea developed by Maude Michaud, Sebastien Montpetit, Philippe Robillard and Alex Goldrich. With it’s effective mix of humor and LOTS of blood, the short does a great job creatively executing on the “Be a Hero” theme of the month-long Massive Blood Drive.

Maude Michaud’s debut feature film Dys-World Premiered in July 2014 at the Fantasia International Film Festival where it won the Audience Award for Best Canadian Feature. Her body of work includes over a dozen critically acclaimed short films which have toured the international festival circuit, as well as a documentary web series about women horror filmmakers, which served as a basis for her Master’s thesis. She is currently in development on her second feature film. 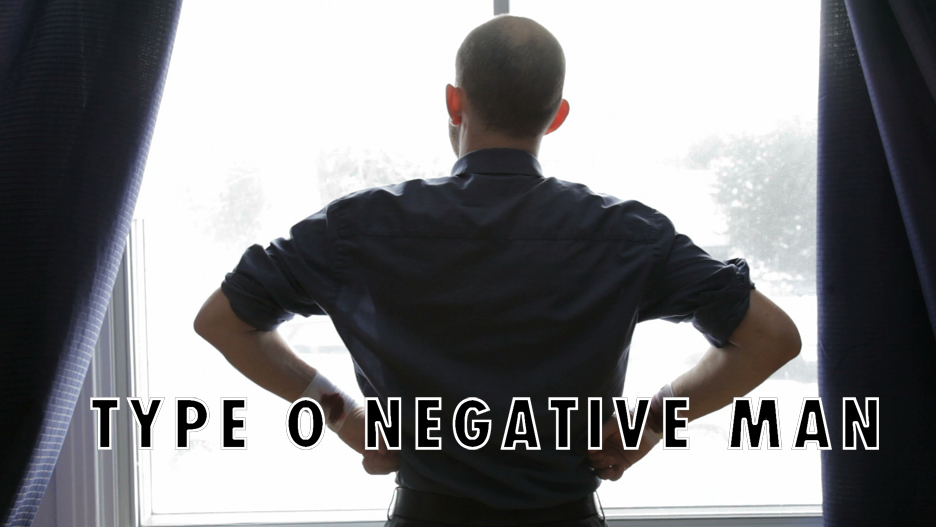 The talented filmmaker had this to say about her participation in this important campaign:

“Every year, I look forward to participating in the Soska Sisters’ Massive Blood Drive PSA. I’ve been contributing for a few years now and it’s always a project that is fun to do, challenges me to be wildly creative AND also feels good to contribute to because I know it is for a great cause.”

She went on to add, “Donating blood is extremely important and it is something more people need to do. I’m happy to do my part in raising awareness for blood donations by creating something fun and unique that I know will have a positive impact.”

You can find out more about her work at www.quirkfilms.ca and www.maudemichaud.com.

Be sure to watch to the end after the credits for a special message from the filmmaker and lead actor Jason McCullough (Type O Negative Man).