Spain is a beautiful country, but they export some of the most terrifying tales imaginable — specializing in creeping tension and surprising stories.

No one expects the Spanish Inquisition (apologies to Monty Python) just like no one expects Spanish horror to be so damn good that it’s frightening. When you think of the placid, sun-kissed home of folks like Penelope Cruz, Enrique Iglesias, and Antonio Banderas, your mind probably doesn’t immediately jump to tales of vengeful spirits, apocalyptic plagues, and demonic possessions.

It’s for this reason that horror films from Spain pack such a terrifying punch. The best analogy is…clowns. They should bring joy and mirth and create happy memories rather than murder you and everyone you love. One of my favorite quotes is, “There is nothing funny about a clown at midnight.” Similarly, there’s nothing sunny or serene about the following list of Spanish horror movies…no matter the time of day. 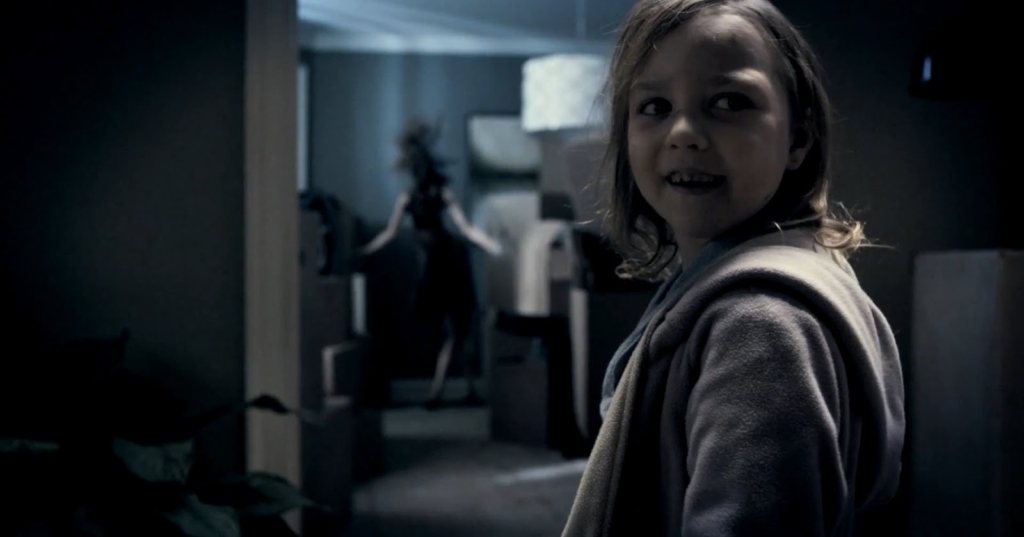 Kids creep me out, man. I can’t explain this pseudo-phobia. But it’s probably because they’re similar to dolls, and dolls give me a serious case of the wiggins. In this case, there are two young girls who are abandoned at a remote cabin after their father killed their mother. The children were spared only when a shadow creature (Mama) yanked the dad into darkness. For the next five years, this Mama shadow cared for the girls, mostly by feeding them mountains of cherries.

By the time the dad’s brother finds them, his nieces are quite feral. Nevertheless, he and his girlfriend take them in. Under hypnosis, the oldest girl explains Mama escaped from an asylum and tossed her baby and then herself into a river. Then Mama possesses a woman and kidnaps the children. The final showdown with Mama is strange and takes place on Mama’s suicide/infanticide cliff. Moths are involved (yeah, I don’t know either).

In spite of the moth weirdness, Mama is a tension-filled creeper that not only holds your interest but practically oozes pathos. Now, aren’t you glad you remembered to get your mom a card for Mother’s Day this year?

Mama is currently available to rent on most digital streaming platforms, including Amazon Prime, iTunes, and Vudu. 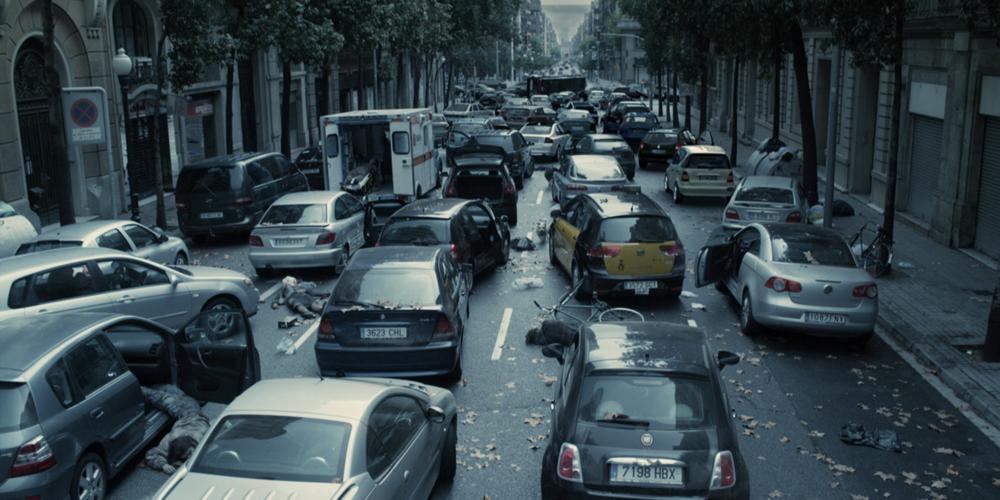 In Barcelona, what is perhaps the most bizarre and unexplained ailment plagues the populace. If you venture out of doors, you die from what seems to be unadulterated fright. Given that those ensconced in glass buildings are fine but those who drive out of an underground parking garage die, my only theory is some deadly strain of agoraphobia. Scientific plot holes aside, we follow Marc who has been trapped in his office building for months. He’s desperate to find his pregnant wife and enlists the aid of (blackmails) company hatchet man, Enrique, the only guy in the building with a satellite GPS unit.

Their uneasy alliance becomes an unusual friendship that I must admit is more than a little uplifting. Disappointment, heartbreak, and a grizzly bear in a church are in their future as they search the city and eventually find Marc’s wife. I never spoil endings but will say it’s not one of those depression-inducing, black pit of despair, gloom and doom kinds. Nihilists beware.

While The Last Days is not the typical apocalyptic horror flick with its no zombies, no crazies, no monsters going on, it is scary in other more important ways. No one knows what the ailment is. Marc doesn’t know if his wife and unborn child are dead or alive. The unknown is scarier than just about anything.

The Last Days is currently available to rent on most digital streaming platforms, including Amazon Prime, iTunes, and Vudu. 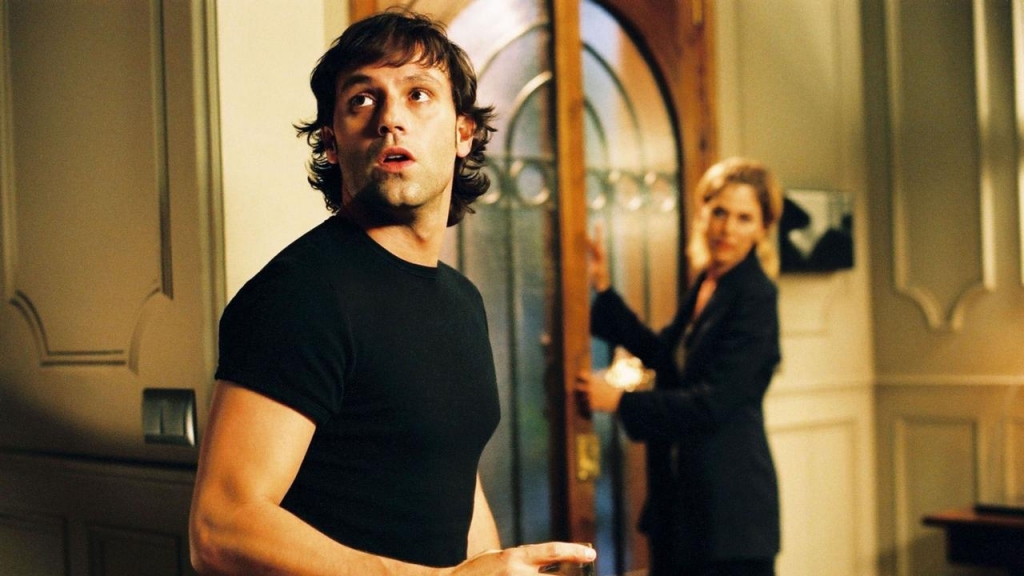 Ever wonder what a Spanish Alfred Hitchcock horror flick would be like? Wonder no more, amigos. This disturbing gem hits all the right notes and presses all the paranoia buttons as a kind gesture turns an architect’s life upside down. Felix lets a stranger use his phone and leaves the room to give him privacy. Upon his return, the stranger is gone. Must have let himself out, right? Maybe not.

In the ensuing days, Felix begins to suspect he’s not alone in his sprawling house. He even does all the right things like calling the cops. They find nothing, of course, and think he’s nuts. He asks his ex-girlfriend to help him out. But soon after arriving, she vanishes. Felix is freaking and goes over to his next door neighbor’s house, which is home to a wheelchair-bound lady, and decides to live there without her knowing it. Ah, irony. We eventually learn the stranger put the woman in the wheelchair and that there’s a tunnel connecting the two houses. As for the film’s true Norman-is-actually-pretending-to-be-his-mother shocker…well, you’ll have to watch it.

The Uninvited Guest has a Rear Window and Rope vibe that any Hitchcock fan will understand. Again, this is a different kind of horror that for me is more satisfying than uber-graphic eviscerations and exploding heads. If you’ll pardon the unintended misogyny, it’s a thinking man’s horror movie.

You may have trouble finding a legitimate digital copy of this film, but you can pick up an inexpensive copy of the DVD on Amazon.