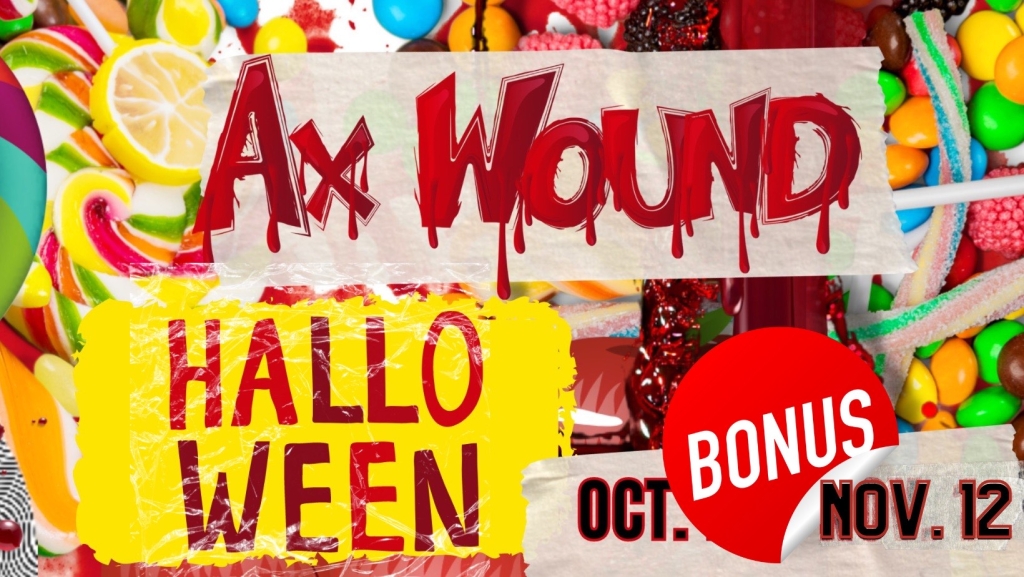 Originally posted October 26, 2022, this post has been updated to reflect the virtual festival’s extended run.

Morbidly Beautiful has been a proud sponsor of the AxWound Film Festival for several years. This important fest — founded by a highly influential member of the women in horror movement and a tireless champion of diversity and representation in the genre, Hannah Neurotica — celebrates horror films written and directed by women, female-identifying, and nonbinary filmmakers.

We are proud to sponsor this event year after year due to how important we think it is, how much we believe in the work being done by this fest, and how impressive and exciting the lineup of featured films and filmmakers consistently is each year.

Last year, the fest was held virtually in response to COVID. And while the virtual platform provided for a more inclusive fest, allowing people across the country to experience an extraordinary lineup of film and interactive programming, those who have attended film festivals over the years know that nothing beats the energy, comradery, and experience of being in person and watching these films how they deserve to be seen — on the big screen surrounded by fellow film lovers.

Thus, Hannah recently announced that AxWound would be returning in person this year at the Coolidge Corner Theater in Brookline, MA, in September 2023.

To help raise funds for the event — which is specifically designed to serve the indie filmmaking community rather than make a profit — there’s an amazing fundraising event going on right now that gets you access to a whopping 50 short films, plus interactive livestreams and a ton of surprises.

Now through November 12th, you can join the AxWound Halloween Fundraising Event and gorge on more sweet treats than you can handle — with a short film lineup featuring some of the best filmmaking talent currently working in the genre.

These are films that have been wowing audiences and winning multiple awards at film festivals around the world, and they’ve been carefully curated for your maximum viewing enjoying.

The entire event is just $30 and includes 50 films plus bonus interviews and other killer content.

Click here to check out the frightfully good lineup.

It’s a steal at $30 for that much streaming content. But we’re here to sweeten the deal!