While perhaps not quite as terrifying as many have claimed, Veronica is an effectively creepy supernatural tale inspired by chilling true events. As a movie fan, there are certain phrases that scare me as much as swimming into a Jason Voorhees statue submerged in a Minnesota lake. They are: “Inspired By True Events” and “Based On A True Story”. Almost every time I see a movie based on something that actually happened, I end up disappointed to find that the movie doesn’t live up to the actual events.  However, “inspired by” gives a writer and director more leeway to stray from the facts to tell a story.*

VERONICA, written and directed by Paco Plaza (one of the creators behind the Spanish found footage franchise REC), is a gem of a possession-style horror movie that was recently released on to the Netflix (US) streaming service with little to no fanfare. 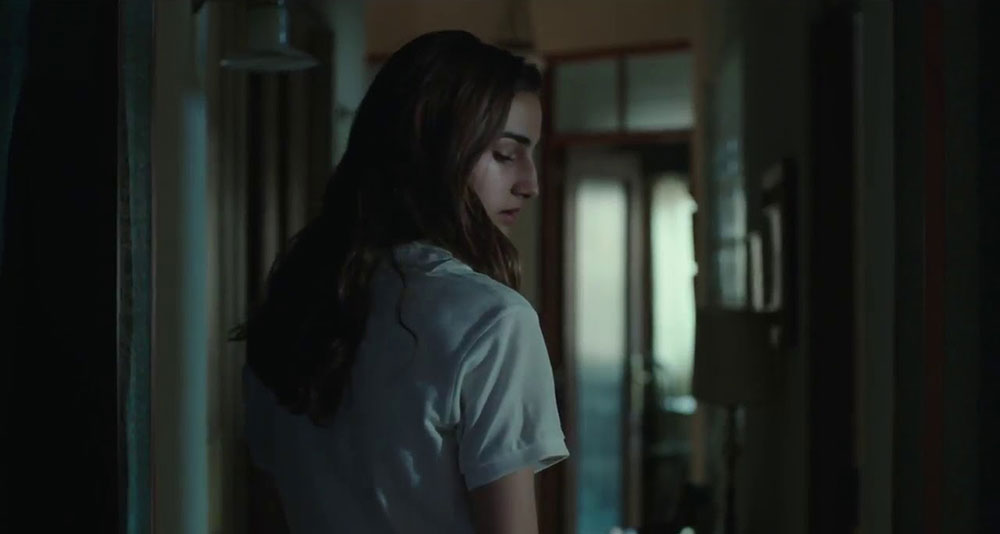 Veronica (Sandra Escacena) is a student at a Catholic school. When the school plans a solar eclipse viewing event, Veronica and her friends Rosa (Angela Fabian) and Diana (Caria Campra) plan on using an Ouija board in the basement of the school, while the nuns and rest of the students watch the eclipse on the roof.  Diana hopes to contact the spirit of a deceased boyfriend, but Veronica wants to contact the spirit of her deceased father.  Veronica has read details on contacting the dead, and has brought a personal item (a picture) of her father.

As the solar eclipse begins, the girls begin their work with the Ouija board and are successful in contacting something. The board answers some initial questions before the lights go out. Then the photograph of her father lights on fire from the candles and the board breaks. Veronica is laid out nearby, in a trance, whispering something very quietly and quickly. 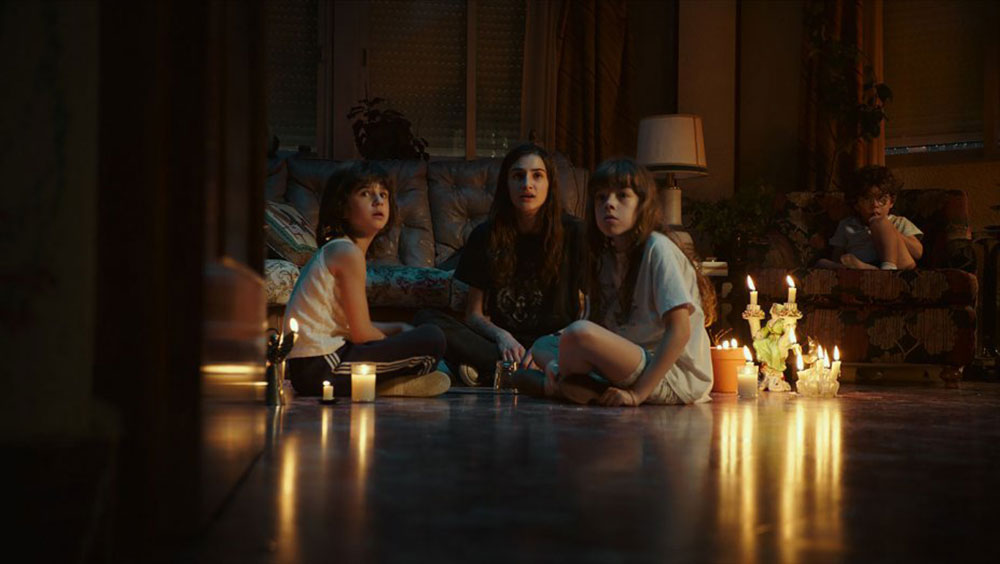 Though she’s only 15 years old, Veronica is responsible for caring for her two younger sisters and younger brother while their mother works long hours at a local bar. When Veronica begins to experience the paranormal fallout from the use of the Ouija board, questions arise:  Is she cracking from the stress of raising her younger siblings, or is she being tormented by something she called forth from the board?

VERONICA doesn’t offer anything new for horror fans in the Ouija board/demonic possession genre. There are some startling similarities to movies like DRAG ME TO HELL, and even some imagery that seems borrowed straight from IT FOLLOWS and to some extent THE LAST EXORCISM. 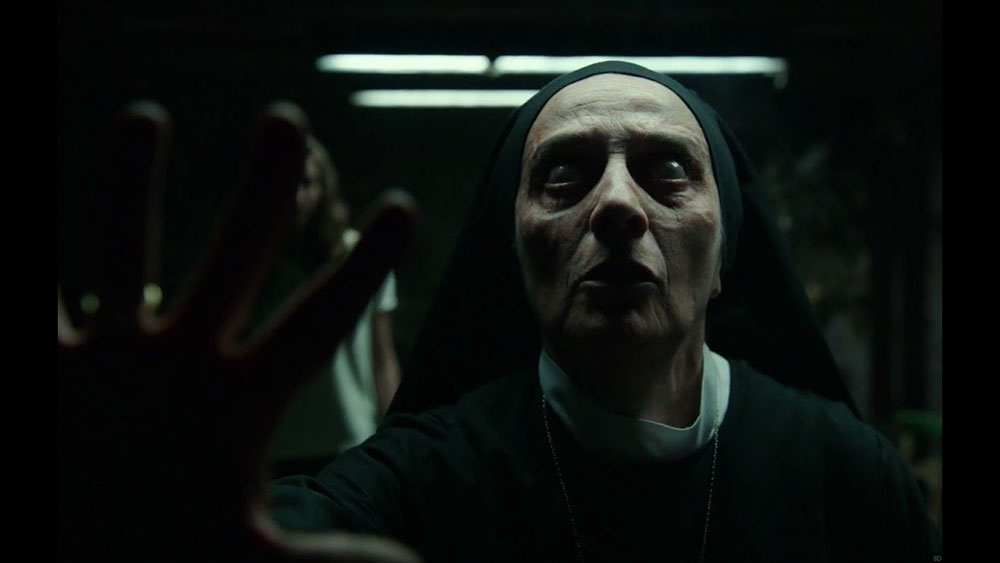 This isn’t meant as a negative for the movie itself.  Many movies borrow or pay homage to what has come before to great effect, and VERONICA is no different.

What may color some viewers against VERONICA is some of the publicity surrounding the movie. Before I had a chance to watch VERONICA, I had already heard that some viewers were so scared they had to turn off the movie before it was over, and a popular statement making the rounds is “VERONICA is the scariest movie since THE CONJURING.”

Some viewers may agree with both of those sentiments. Personally, I do not. Having said that, VERONICA is a very good and effective horror movie. 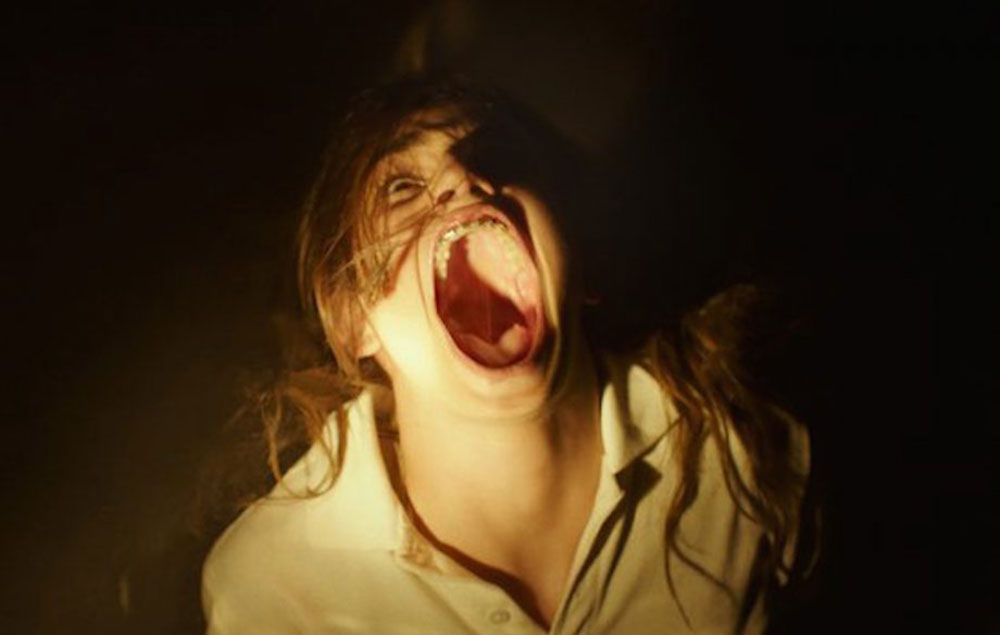 There are some really creepy, hair-raising scenes in VERONICA.  The movie is a well-told tale of people dabbling in the occult and paying a price they didn’t foresee.

For the curious fans, the movie is based on a 1990 case in Vallecas, Madrid, concerning a girl named Estefania Gutierrez Lazaro who died soon after having been caught playing with a Ouija board. The events surrounding this reported case of poltergeist activity comprise the only police-documented case of paranormal activity in the history of Spain.

*Author Note: This is my personal interpretation. When a movie claims to be “based on a true story”, I expect the story to hew more closely to the actual events. “Inspired by” means a true event simply inspired a story, allowing for a lot more creative leeway in telling a story.