The Calling Hours Horror Podcast 2.39:  An incredible chat with the amazing talent behind the hilarious horror comedy “Ahockalypse” (Air Date: 9.11.18)

On this episode, I will have several members of the cast and crew of the recently released Ahockalypse as my guests to discuss the film! Joining me will be Writer/Producer/Actor/Director Wayne Harry Johnson JR, Actor Alex Galick (Wave), Actresses Gabrielle Arrowsmith (Mrs. Johnson) and Mascot/Actor Bruce the Bear.

Join us as we discuss the concept of the film, how it differs from your standard zombie film, the fantastic set locations, the realistic hockey sequences, the way the cast blended together perfectly, how the comedy and horror merged perfectly and the inclusion of Hockey Legend and ESPN commentator Barry Melrose into the film! 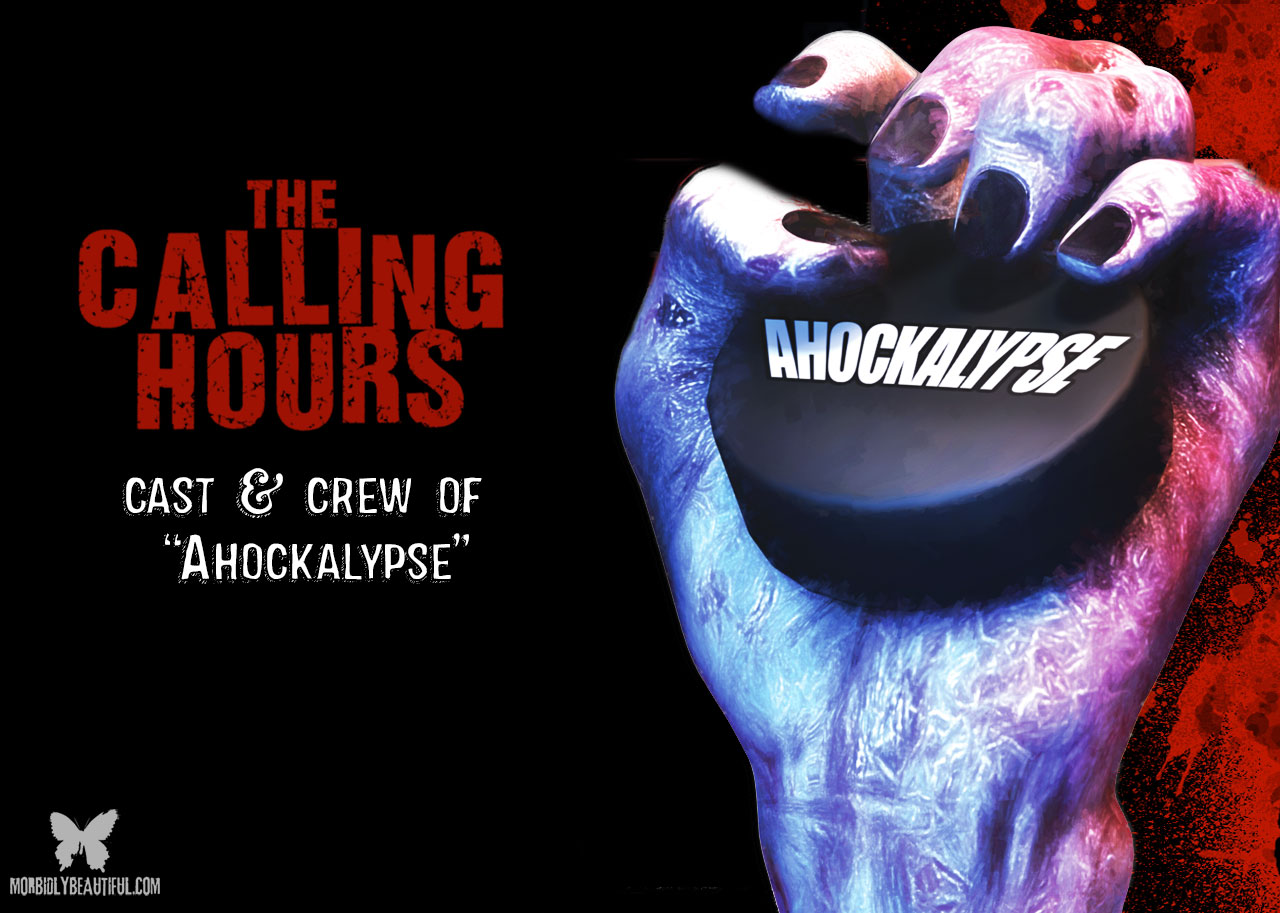 In our Digital Dismemberment Spotlights, we will be reviewing Scream Factory’s Blu-Ray Release of STRAIT-JACKET as well as their release of SOMEONE’S WATCHING ME!

In our Metal Massacre Spotlights this evening, we will be featuring the bands Phobocosm, Driven To Exile and Deformatory.